In the second installment of Rehab Diaries, our behind-the-scenes look at remodeling success stories, we visit a chef and an architect who wanted different things out of their kitchen remodel. Learn how they made it work in 120 square feet.

When Marcus Baird (he’s the chef) and Oonagh Ryan (she’s the architect) purchased an 850-square-foot midcentury house in Mount Washington, Los Angeles, they were dismayed by the small, dark galley kitchen with limited workspace, storage and natural daylight. Baird wanted functional, commercial ease while Ryan wanted a warm residential aesthetic. With a few simple moves, involving the removal of one wall and the enlargement of an existing window opening, Ryan turned a small dark midcentury house into a light-filled home, with her husband’s kitchen as its hearth. 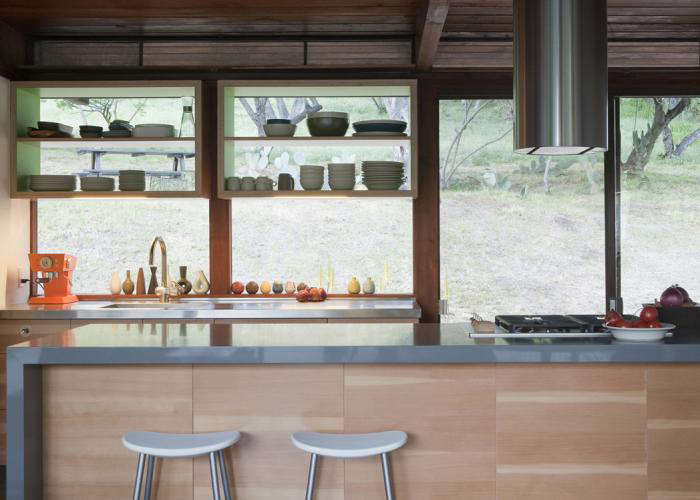 Above: Ryan created more workspace by removing an existing wall, which kept the kitchen separate from the living room, and replacing it with an island with a Caesarstone countertop. Enlarging the existing north facing window increases the flow of natural daylight and provides a better connection to the outside. Open plywood shelves take advantage of the light and provide a display for the couple's Heath Ceramics collection. 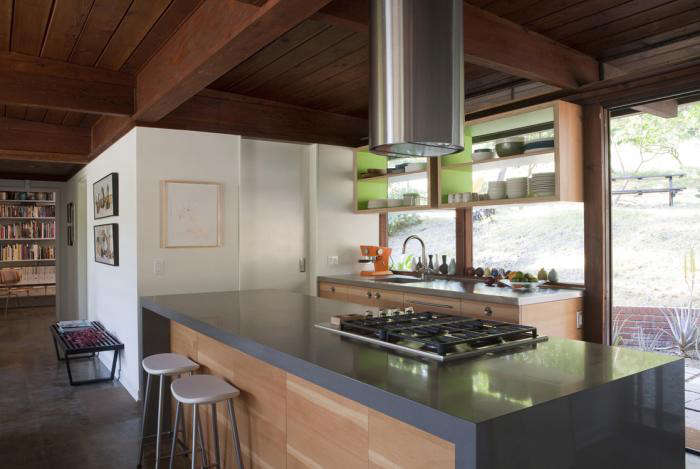 Above: Food storage, a refrigerator, and the trash are relegated to a small pantry tucked behind the white door. The kitchen cabinets are Ikea boxes that have been wrapped in plywood. The cabinet door edges have exposed edges and the original 1950s “¨cabinet hardware was cleaned and repurposed. 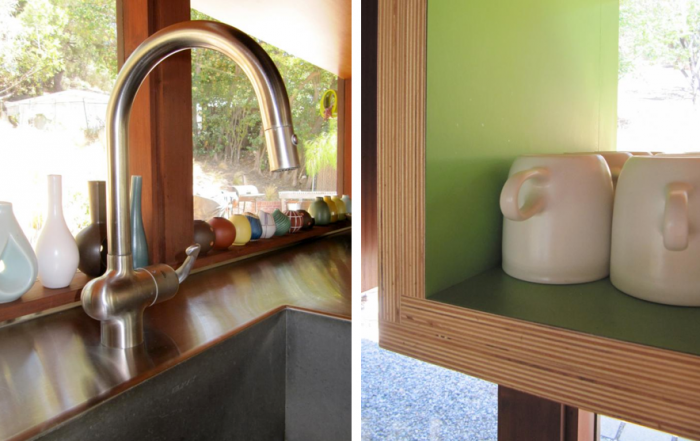 Above L: A display of Heaths Ceramics on the window sill. Above R: The open float shelf in the window is lined with lime green laminate. 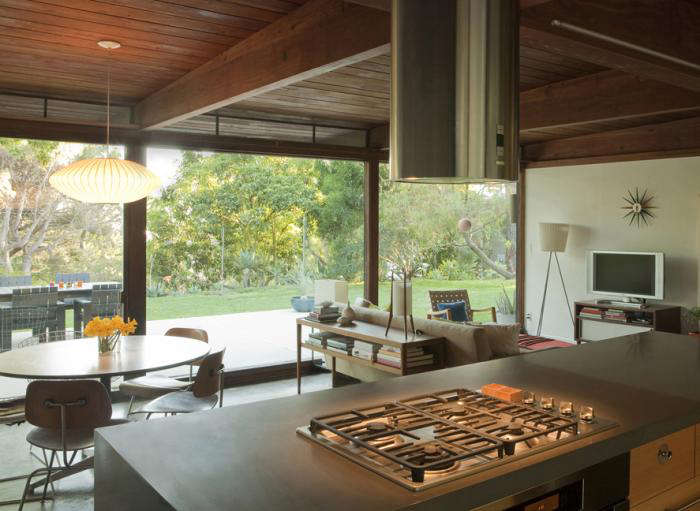 Above: Removing the wall opens up the living space and the kitchen becomes part of the main living area. 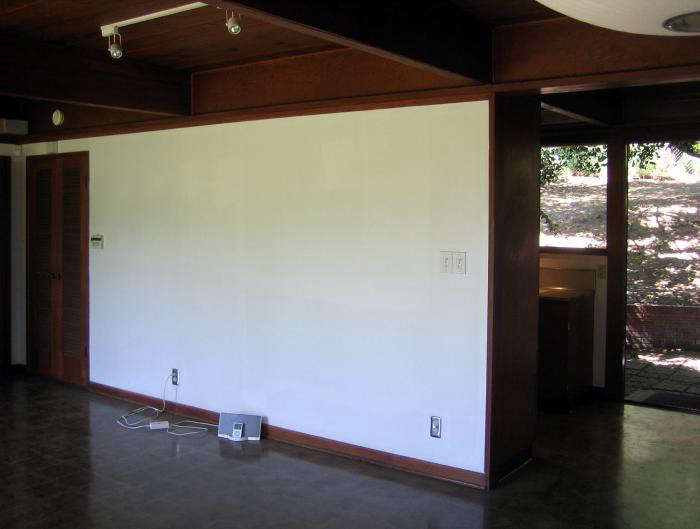 Above: A before image showing the wall that Ryan removed between the kitchen and living area in order to open up the small kitchen and reinforce the connection to the “¨outdoors. 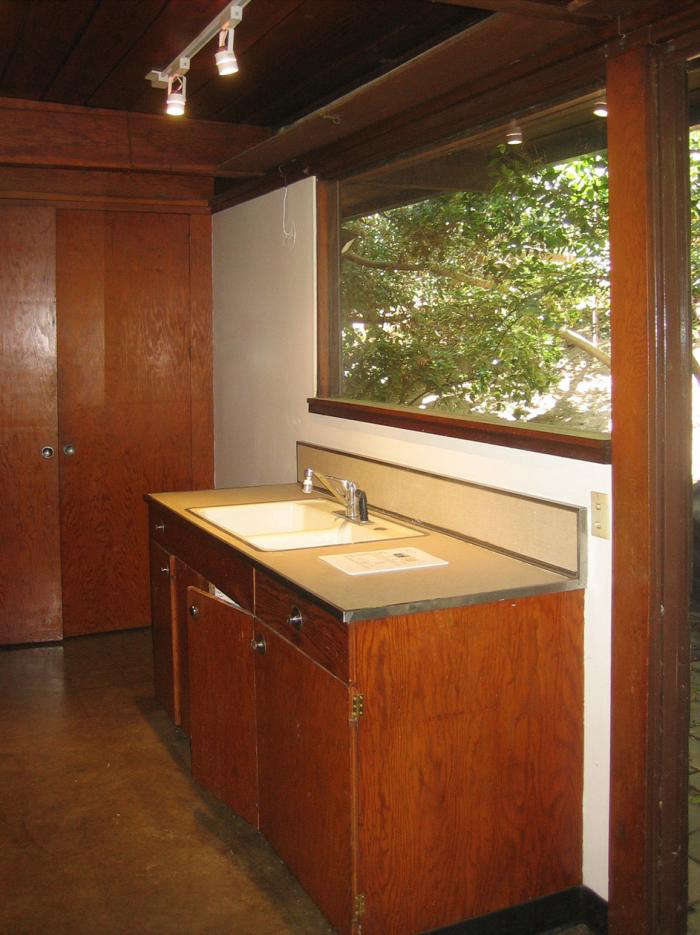 Above: A before image of the original kitchen, which had a small north-facing window. 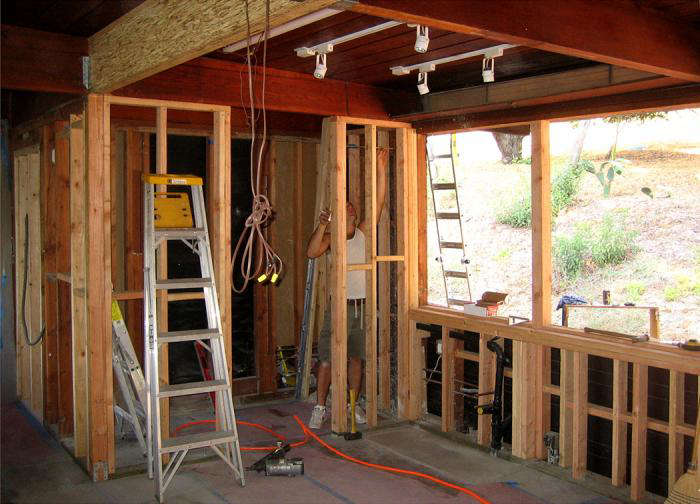 Above: The new kitchen area under construction, showing the framing of the enlarged north-facing window. 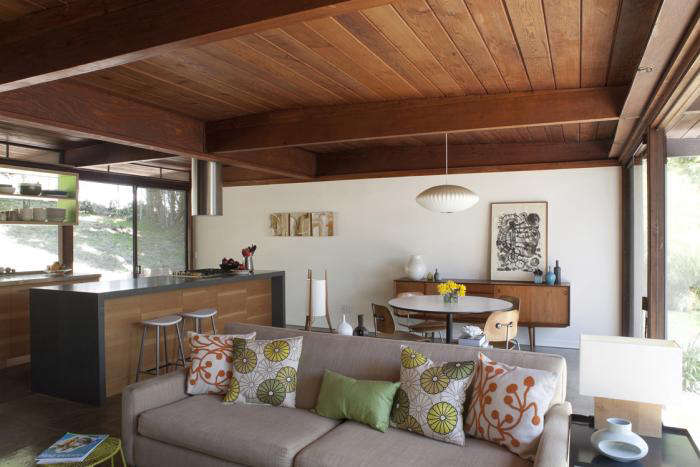 Above: The new kitchen is now integral to the overall living space. 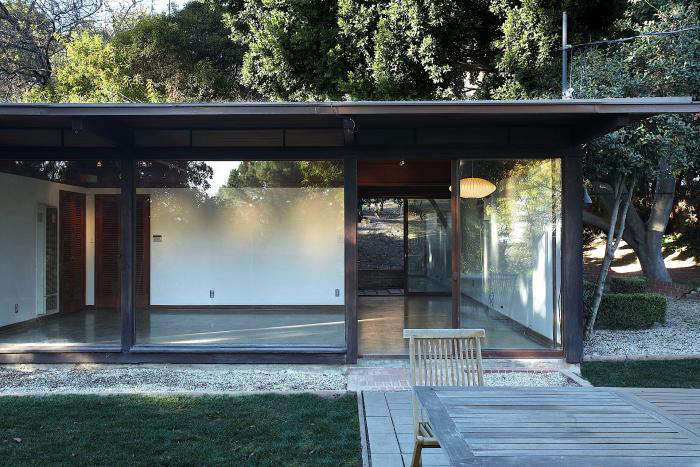 Above: A view of the house before the remodel shows the wall between the living room and the kitchen. Photograph by Scott Mayoral. 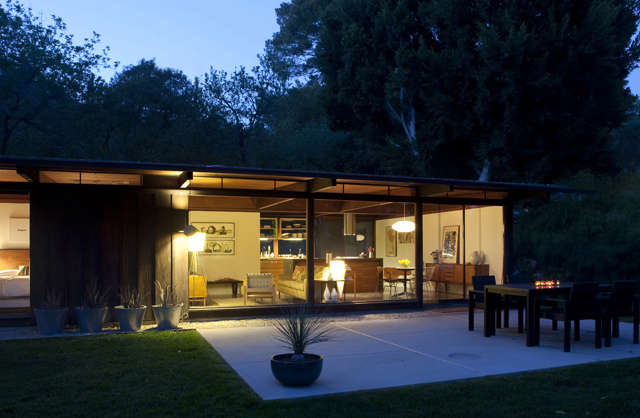 Above: By removing the wall and enlarging the north-facing window, Ryan has reinforced the house's connections with the exterior.

N.B. Ryan's Caesarstone kitchen island captures the spirit of the original kitchen with a contemporary design. For other kitchen island inspiration, see 250 more images of Kitchen Islands in our gallery of rooms and spaces.

A New Space-Efficient Refrigerator from Sub-Zero

Swipe right for a peek inside of @lundies.scot , a