Napoleon Bonaparte declared, “An army marches on its stomach,” and in 1795 he offered 12,000 francs to anyone who could liberate his men from the monotony of dried, salted, smoked, and pickled food. It took about 15 years for a French confectioner to produce a ceramic jar that preserved fresh fruit and vegetables using boiling water, cork, and sealing wax. (Napoleon kept his word, though we don’t know if he honored inflation.)

The cork and sealing wax method, however, wasn’t always reliable, and it was impossible to see the contents of a sealed ceramic jar. Some 50 years later a New York tinsmith named John Mason worked out these drawbacks. Mason patented his simple, threaded-zinc, screw-top glass jar and emblazoned “Mason’s Patent Nov 30 1858” on every example that issued from his factory for years, making his name synonymous with a well-kept pantry. He did this just in time for the Civil War, eventually adding the removable rubber ring that we know today. Later, World War II played an important part in canning history as citizens in America, Britain, and Canada were encouraged to grow Victory Gardens, preserving the bounty for the lean winter months of powdered food and substitutes.

Since then, a variety of jars have proven invaluable in the canning process, some with screw tops, others with hinged and clipped lids or clamps. Today the canning jar is put to countless uses, including as an ideal, plastic-free receptacle for nuts, grains, and tonight’s leftovers. 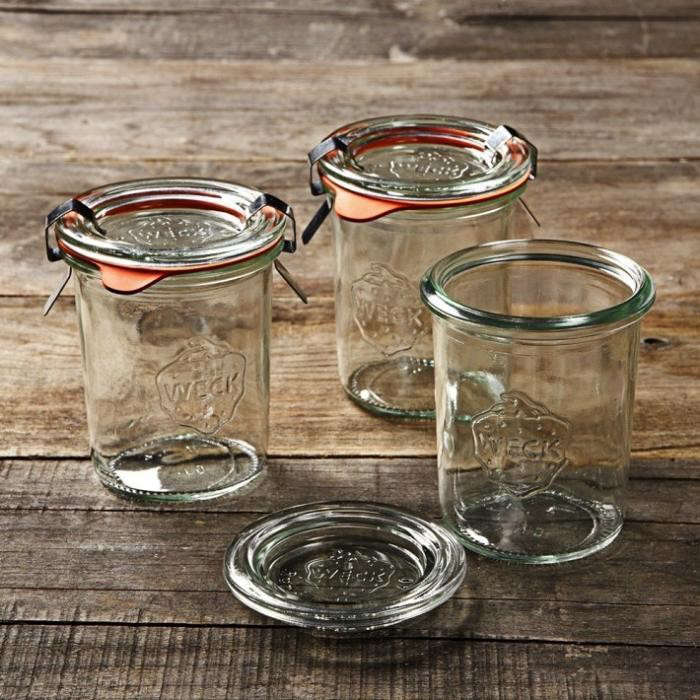 Above: In 1900, Johann Weck introduced his glass jars with lids that clip on the exterior, preventing the contents from coming in contact with metal. Weck’s wide-mouth jars also provided a more efficient way of adding and subtracting contents than the more traditional bottleneck jar. A set of 12 Weck Mini Mold Jars (pictured) is available for $34.95 at Williams-Sonoma. 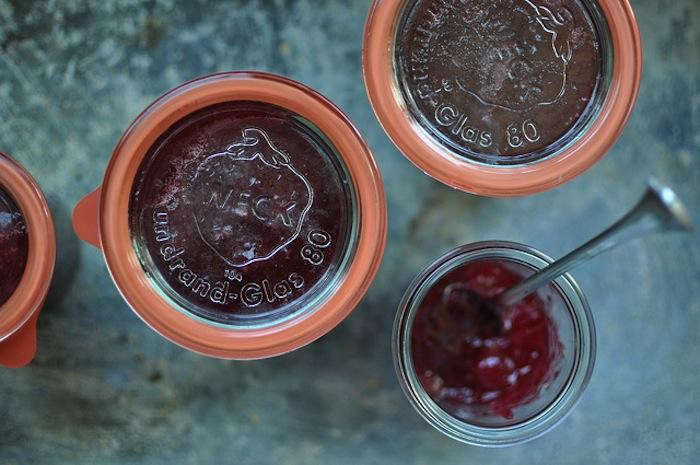 Above: The Weck strawberry insignia is Germany’s oldest logo, and as fresh today as it was in 1900. 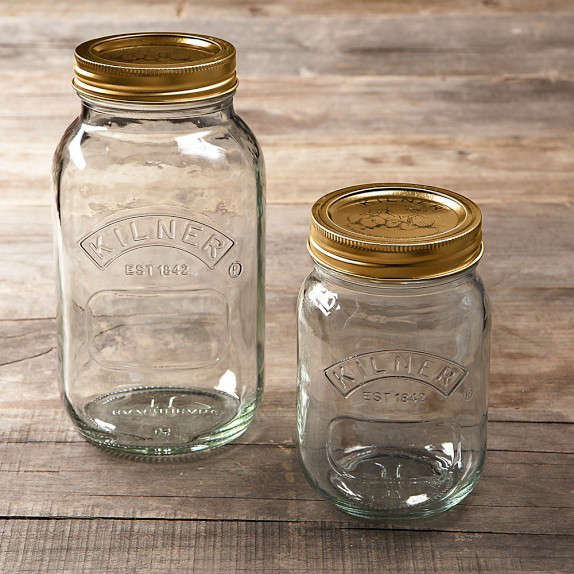 Above: British company Kilner has been around on and off since the 1840s. Kilner Preserve Jars are $6.99 for four 16.9-ounce jars, and $8.99 for four 33-ounce jars at Williams-Sonoma. For more sources, go to Kilner. 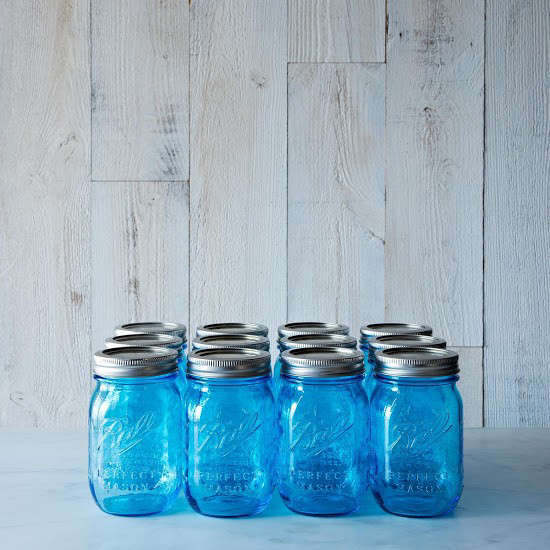 Above: The name Mason became synonymous with canning jars in America. Recently Ball reintroduced its original blue jars to celebrate the centenary of the Ball Perfect Mason Jar. Ball American Heritage Collection Jars are $24 for a set of 12 at Provisions. 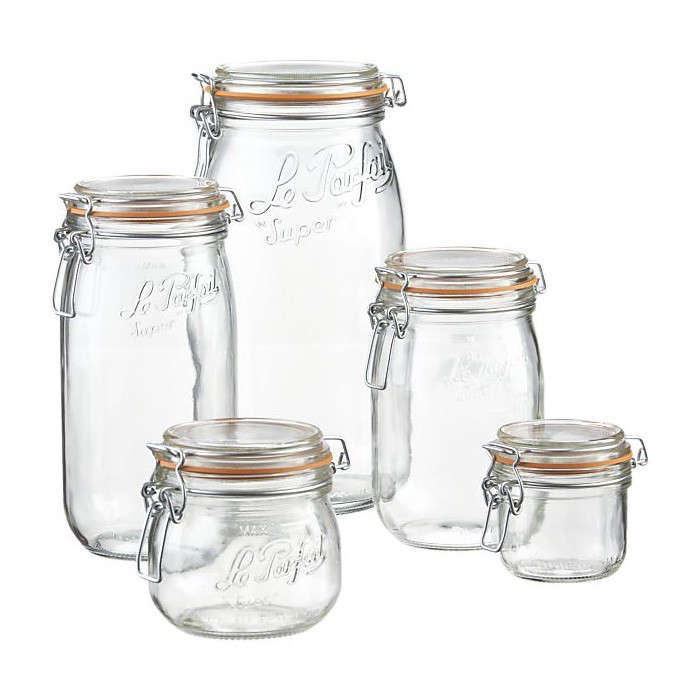 Above: Le Parfait utilizes the “lightning” or latch closure to hermetically seal its jars, and has been perfecting the art of French canning since 1930. A range of Le Parfait Jars in different sizes is available from $1.97 to $15.95 at Crate & Barrel. 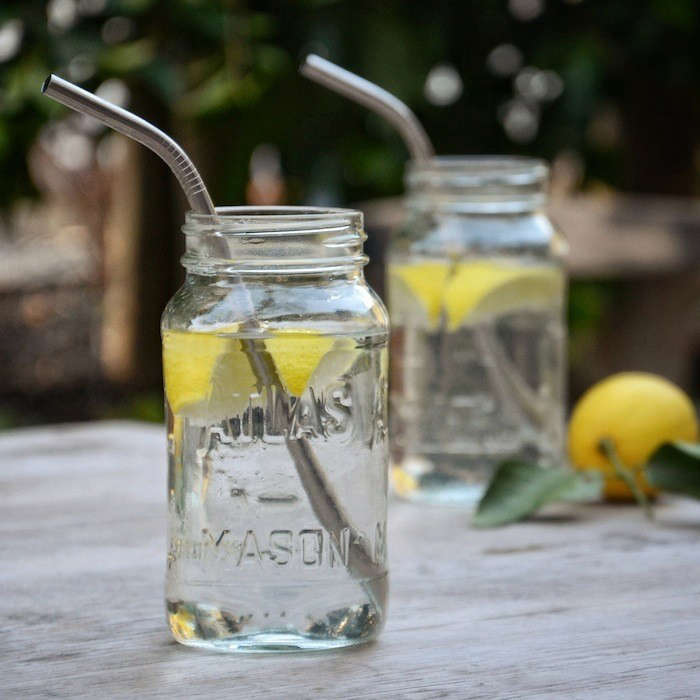 Above: Vintage Canning Jars can be found on eBay and put to a myriad of uses.

Object Lessons columnist Megan Wilson is the owner of Ancient Industries and curator of the Remodelista 100 presented in the Remodelista book. Watch for her column every Tuesday, and have a look at her past lessons, including The Trusty Tiffin Box, another classic food container. We featured her new shop in our recent post Purveyor of the Practical and the Timeless.

$5.49 USD from The Container Store

Worth the Trip: Eatrip in Tokyo