In its short life, Mr. Holmes Bakehouse in San Francisco has become an Instagram sensation, attracting lines of fans and food bloggers from all over the world, who come for the cruffins, croissants baked in a muffin tin (founding baker Ry Stephen calls them the “unicorns of pastries”). It’s also been robbed (three months after the opening, a thief stole the bakery’s five recipe binders) and it’s seen the departure of two or its three  founders (Australians Ry Stephen, the founding baker, and Aron Tzimas, the branding genius).

Remaining owner, Aaron Caddel, is undiscouraged: he recently opened an outpost in Seoul and is planning an LA location for spring 2016. And the frenzy shows no signs of subsiding. For more, join the 40,000+ followers on Instagram. 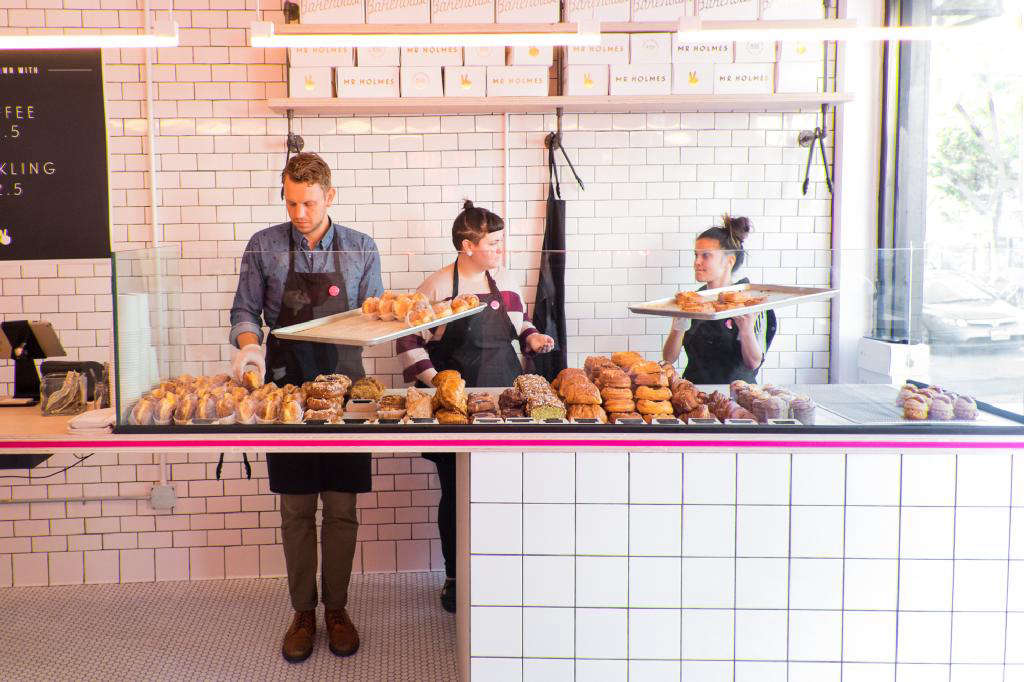 Above: The interiors and branding were designed by Melbourne/SF-based Aron Tzimas, who has since departed. 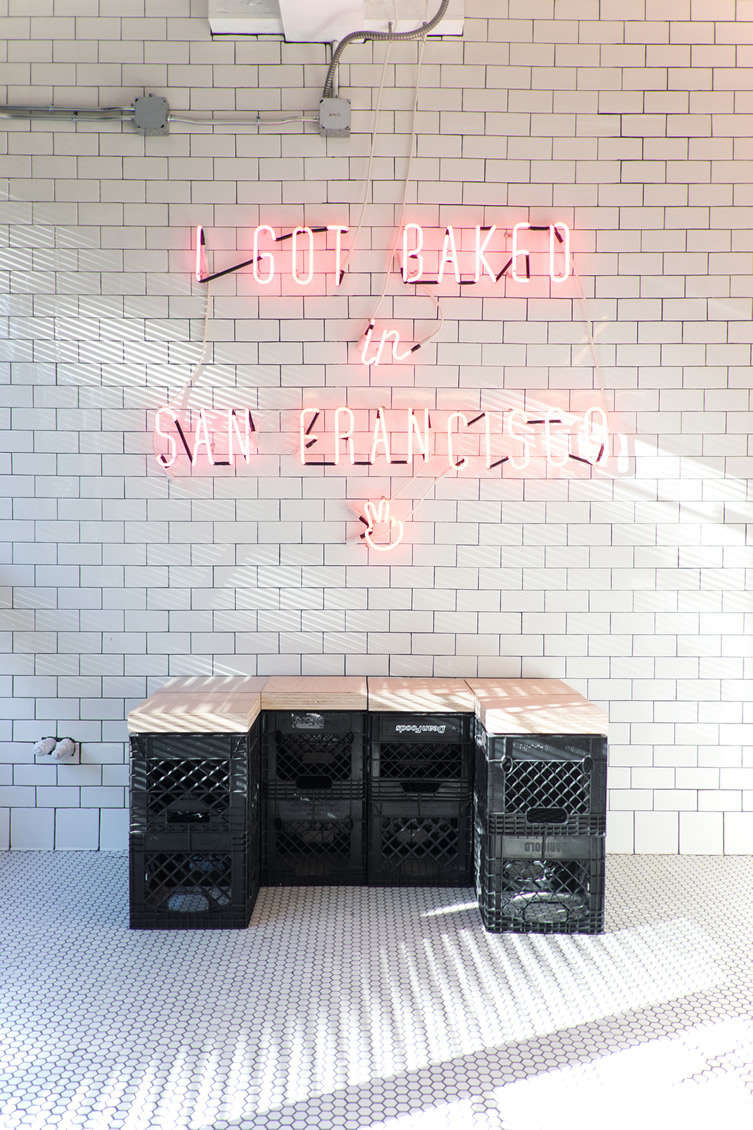 Above: The shop’s sole louging area is made from plastic milk crates topped with wood seats. Photo via The Book of Aron. 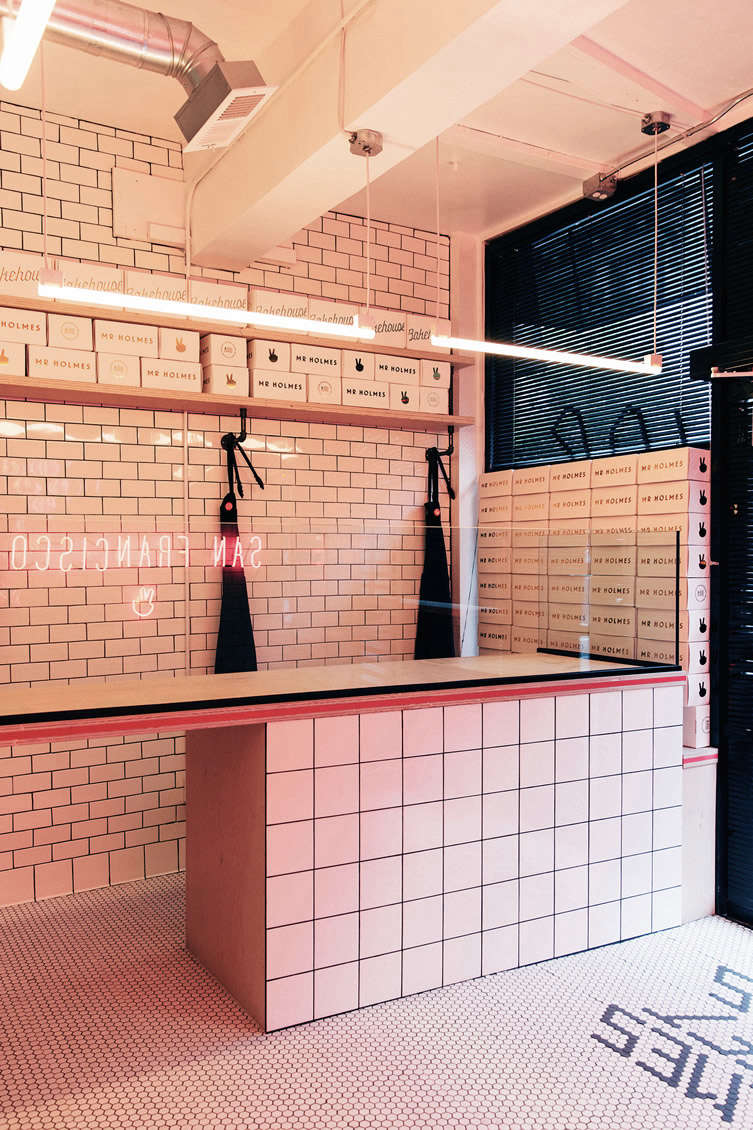 Above: The interiors are outfitted in ceramic tiles of varying dimensions (square, rectangular, hex). The floor bears a welcoming message: Holmes Sweet Holmes.

Above: Tzimas designed the retro/mod packaging, which was inspired by the graphics of the fictional Mendi’s Bakery from West Anderson’s The Grand Budapest Hotel.

Tunisian-Influenced Style via Tinja in France