California-born artist and history fanatic Dennis Severs became fascinated with England at an early age; he moved to London in the late sixties, where he supported himself driving horse-drawn carriages around Hyde Park. Severs later purchased a 1724 Georgian terraced house in Spitalfields, which he meticulously restored into a living tableaux inhabited by the fictional Jarvis family. In Severs' narrative, the family were Huguenot silk weavers who lived in the house during the period between 1724 and 1914. Severs used the home as a canvas to create multi-layered tableaux suggesting that the family was still in residence (if only just out of sight): his sensory devices included olefactory cues (the smell of cloves), visuals (a knife poised halfway through cutting a loaf of bread), and auditory enhancements (tape recordings of passing carriages and creaky stairs).

Severs passed away more than a decade ago, but his house still remains open to visitors; for more information, go to Dennis Severs' House. 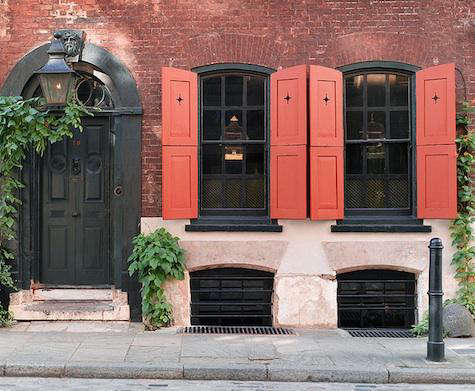 Above: The shuttered windows on Folgate Street.

Above: A gas-lit carriage light over the doorway. 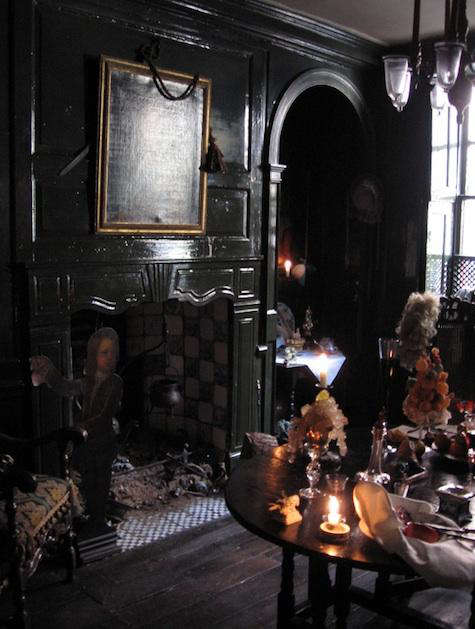 Above: Severs lived in each room in the house before he concocted the story of the Jarvis family. 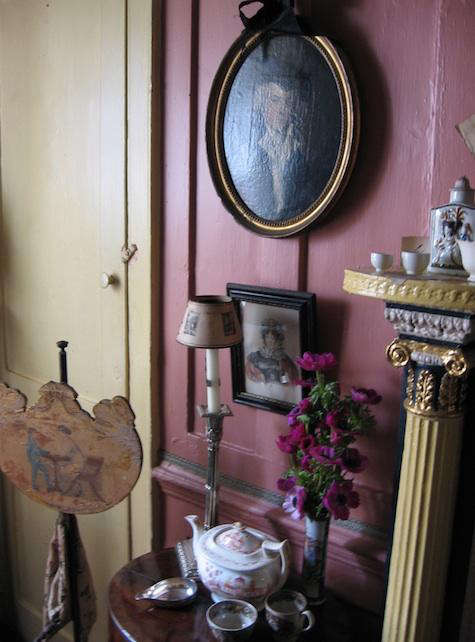 Above: The parlor features a distinct Victorian vibe. 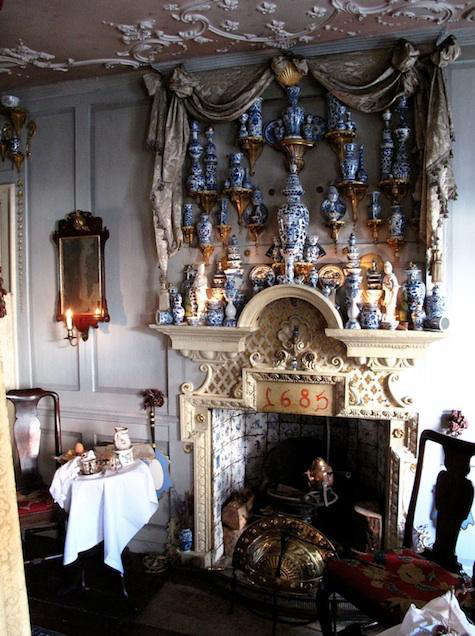 Above: A parlor features a display of blue and white Delftware. 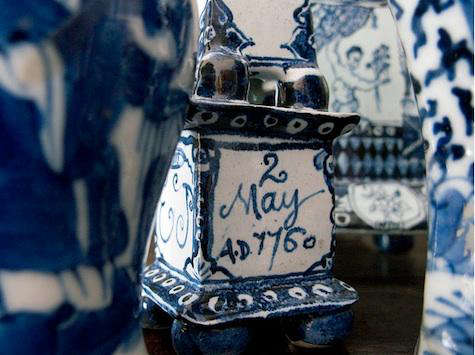 Above: Ceramic earthenware by Simon Pettet; photo via Flickr. 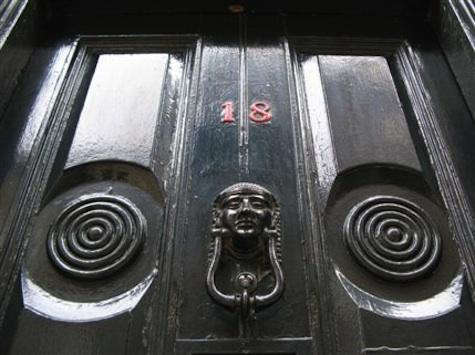 Above: A glossy black painted door with Halloweenish house numbers announces the entrance to 18 Folgate Street.