Set in a stripped-down 1960s Hyatt in LA’s buzzing Koreatown, the now debuting Line Hotel–from the owner of New York’s NoMad–takes a refreshingly raw approach to the architectural makeover. Hotel impresario Andrew Zobler of the Sydell Group let loose an impressive creative team, including It Boy chef Roy Choi and LA designer Sean Knibb, to reinvent a dinosaur building. Located in one of the most round-the-clock neighborhood’s in the city–just three miles from Downtown, and six miles from Beverly Hills–The Line is about to unveil a trio of Roy Choi restaurants, a night club, and a Poketo-curated newsstand and boutique. In the meantime, 388 concrete rooms stand ready. 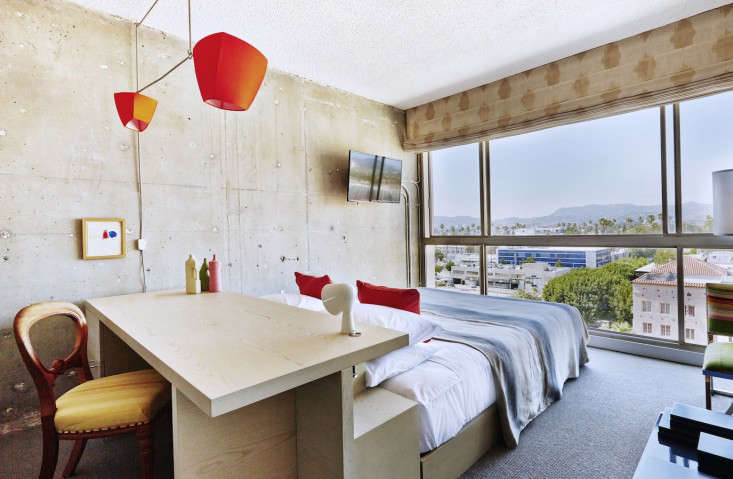 Above: Situated to take in the sweeping city views, the beds have desks as headboards–”to maximize the space and give the guest a large commanding workspace (or place to put their things) that faces the window,” says designer Sean Knibb of Knibb Design in LA. 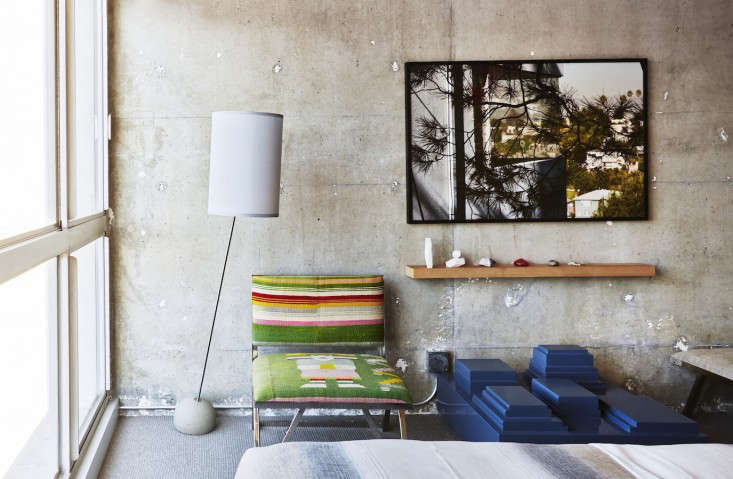 Above:  “We started with the concept of repurpose–use as much of the existing structure as possible, and take materials that would not usually be considered luxurious and elevate them through substitution,” says Knibb. Towards that end, he photographed the structure’s exposed concrete and then had it turned into wallpaper, which is actually what lines the walls of the rooms. It was custom made by Astek in LA. Each room also has a chair upholstered in a vintage Mexican serape, a painted coffee table with a “cityscape” built from books, and a photo collage by Kevin Hanley of LA’s Acme gallery. Knibb Design created the rakish lamp. 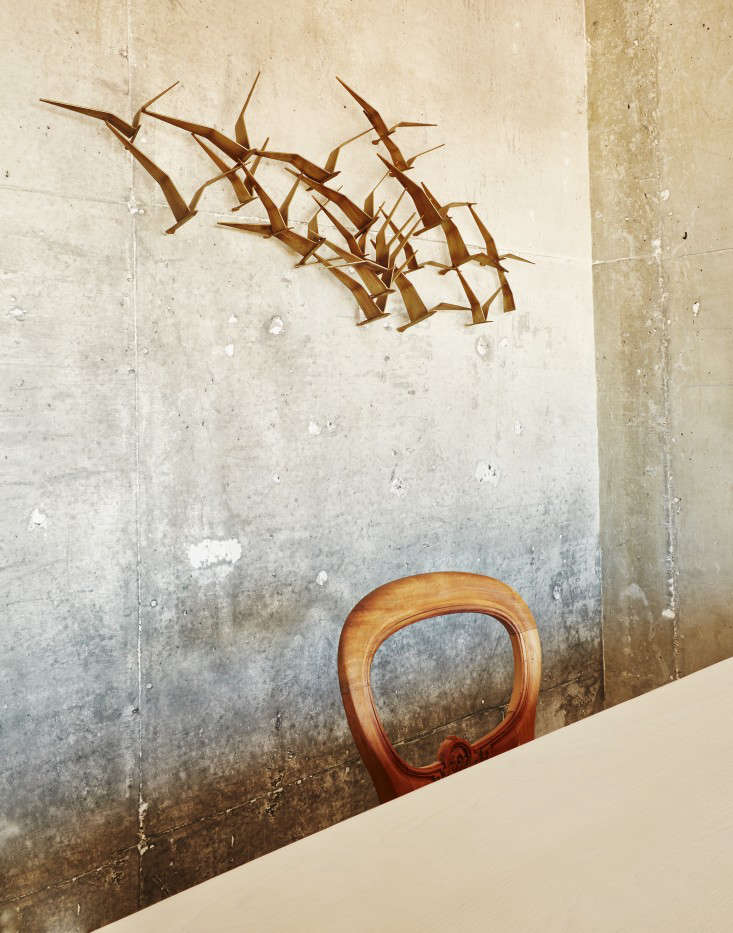 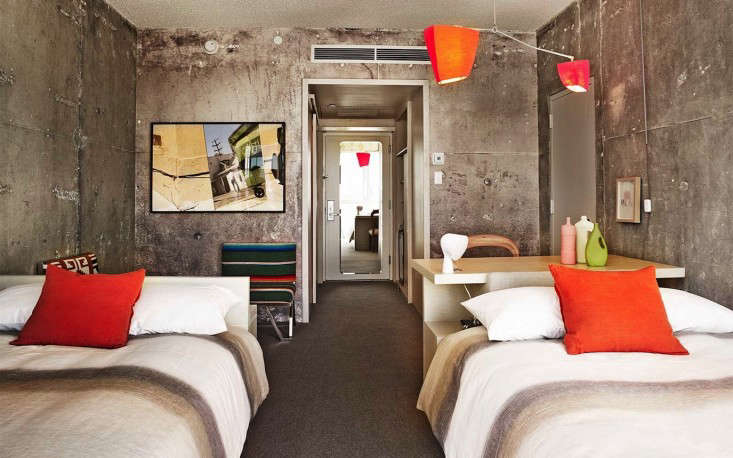 Above: A double room with a Knibb Design hanging light and hits of tomato red, inspired, says Knibb, by the colors of Koreatown. The porcelain laundry jug vases by artist Foekje Fleur, he points out, “contribute to the recurring themes of repurposed design and elevation through substitution.” 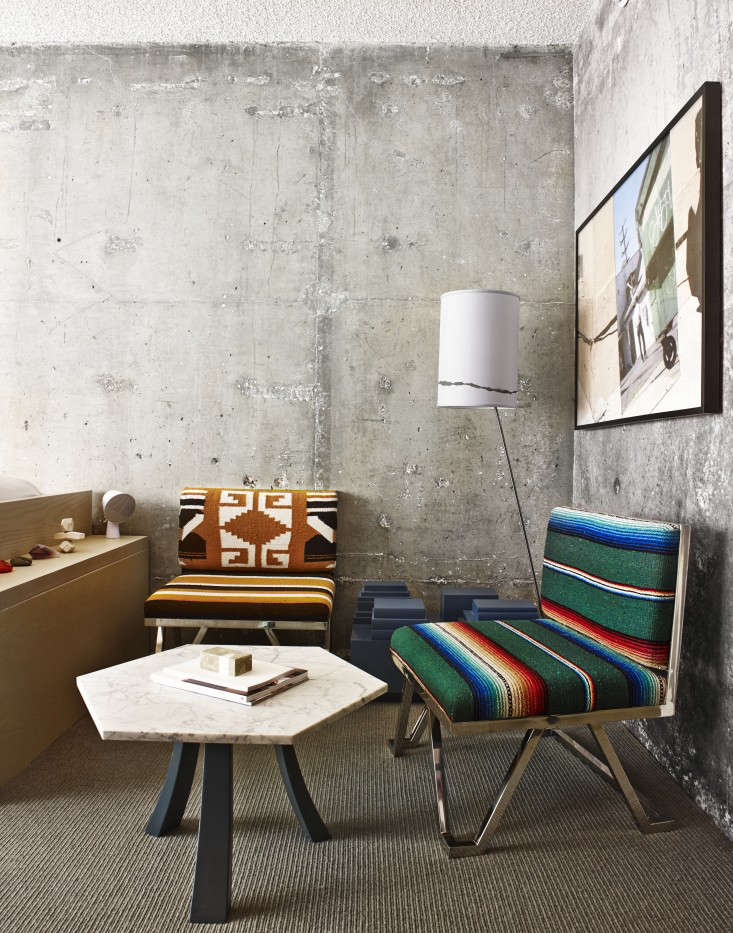 Above: A sitting area with serape-upholstered chairs and a hexagonal marble table. The furniture is available to order from Knibb Design. 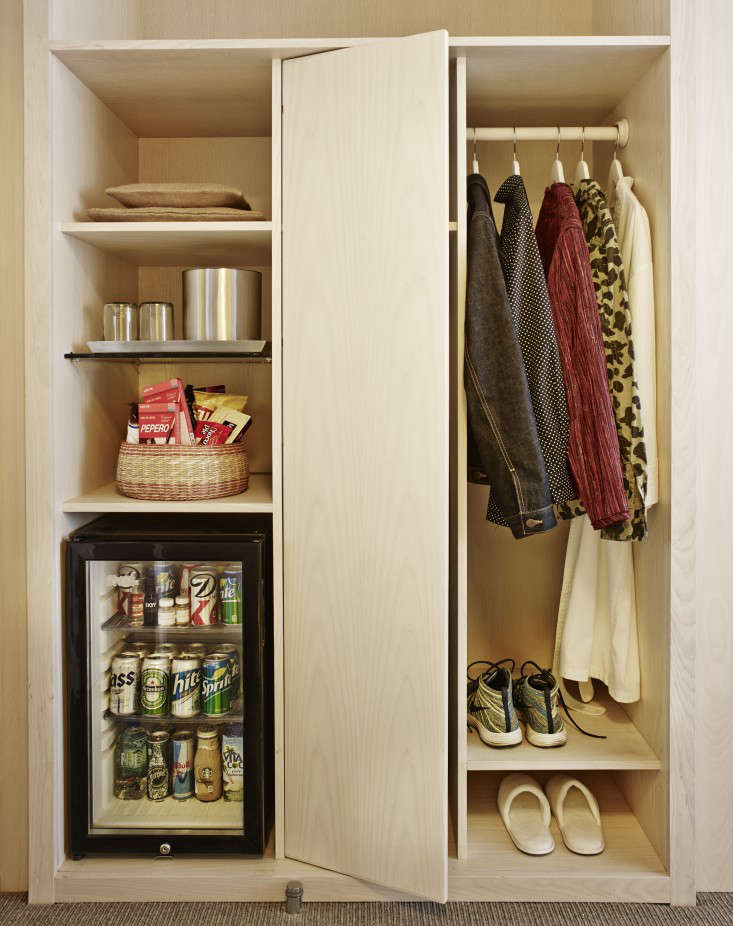 Above: Don’t overpack: A compact closet and shelving made of bleached ash. 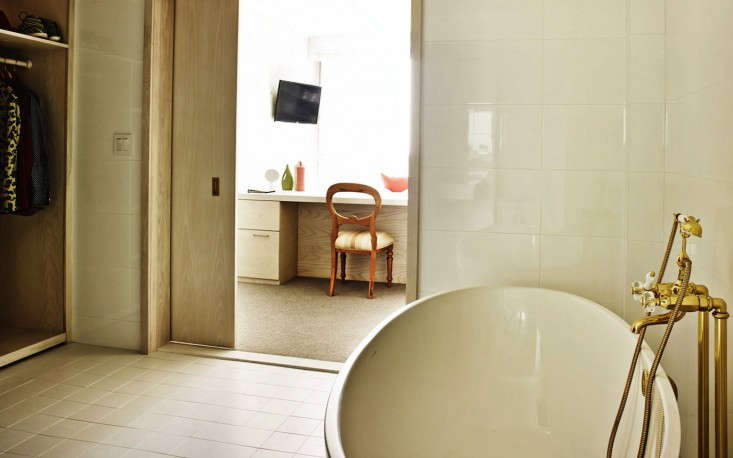 Above: Bathrooms are white-tiled and detailed with bleached ash and gold fixtures.

Above: Soon to open: POT, Roy Choi’s take on the Korean hot pot restaurant. We like the floral strewn, two-toned walls and Emeco wood and metal Lancaster Chairs. 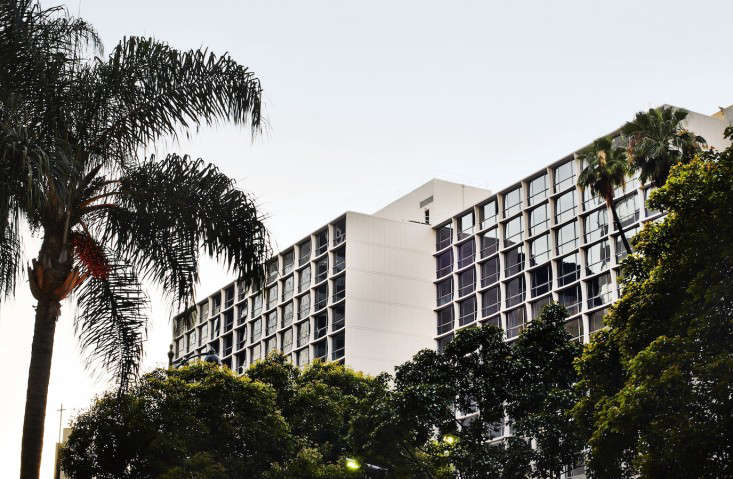 Above: The 1964 structure, designed by architects Daniel Mann Johnson + Mendenhall, rises about the palms and the neighborhood hubbub.