It's not just the crisp-crusted pizza that keeps me returning to Saraghina, it's also the ad-hoc atmosphere: it's as though some good friends borrowed chairs from the neighbors, opened a restaurant in their garage, and invited you over. In fact, the restaurant is located in a former garage/storefront, which owners Edoardo Mantelli and Massimiliano Nanni have transformed into a rambling series of rooms anchored by a pizza oven at the front. The partners, along with Nanni's wife Paola Citterio, took an un-decorated approach to the interiors, using salvaged furniture and a simple black and white palette to create a restaurant where they could recreate the food of childhood memories—"the kind of food our mothers prepared with a love that cannot be described with words," as they say. Saraghina is located at 435 Halsey Street in Brooklyn. 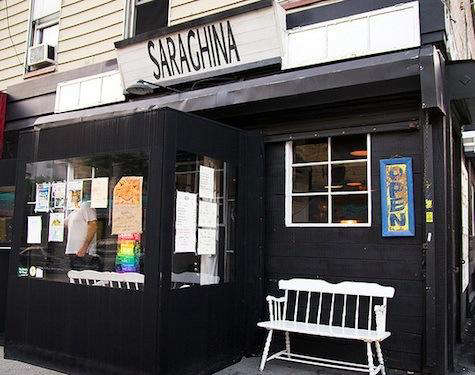 Above: The unpretentious storefront of Saraghina's storefront with with neighborhood flyers in the windows. Image via flickr. 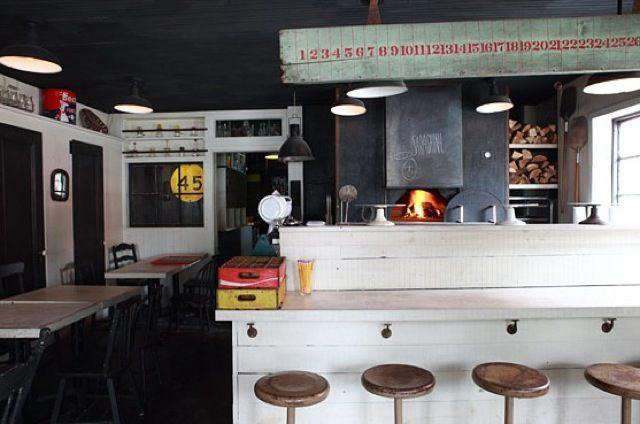 Above: The pizza oven anchors the front of the restaurant, where you'll often find an owner making pizza and greeting customers. Photography by Hannah Whitaker/New York Magazine via Grubstreet. 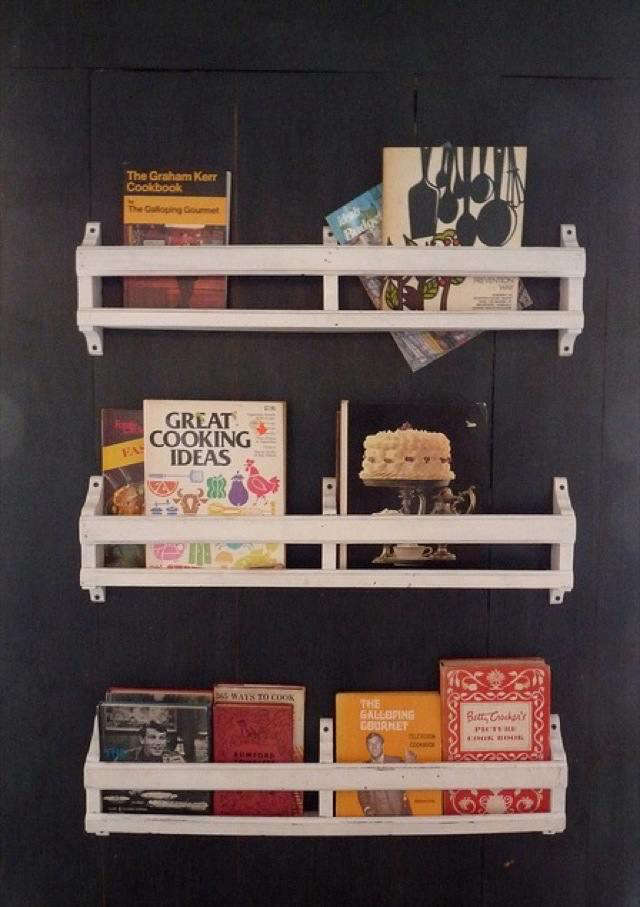 Above: Cookbooks throughout the ages are available to read while you're waiting for your pizza. Image via Flickr. 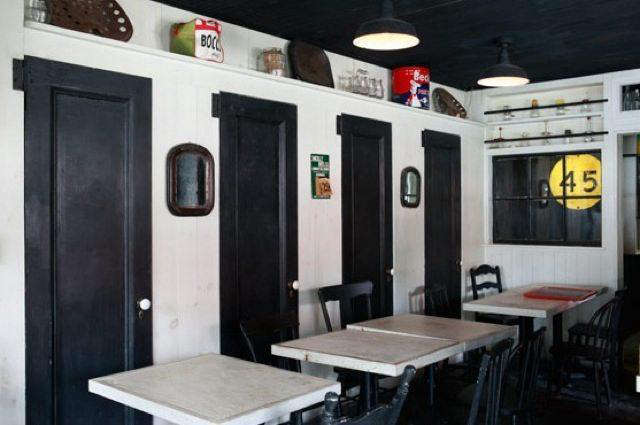 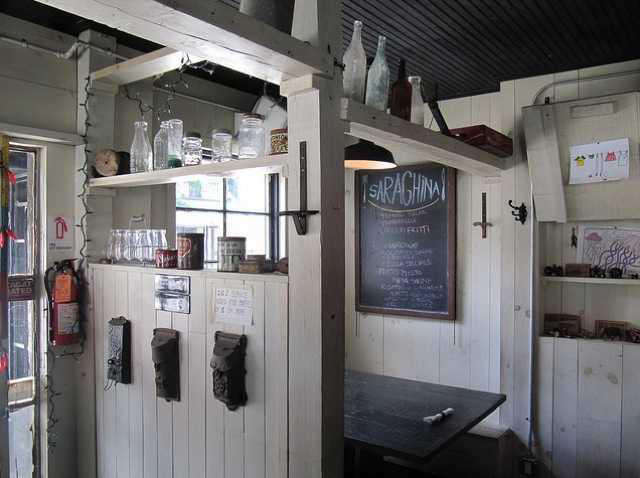 Above: The painted white paneled walls are a simple unadorned backdrop to well-worn familiar objects. Image via Flickr. 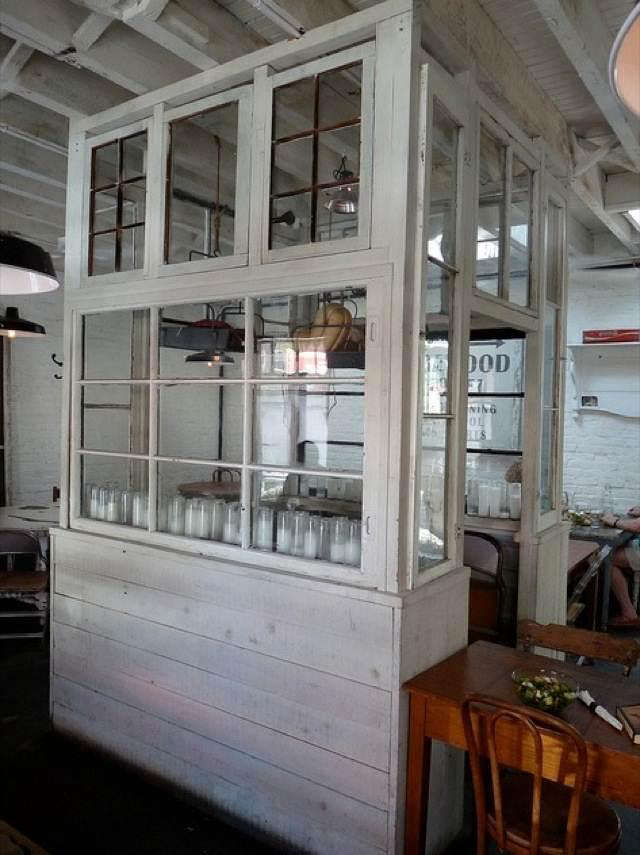 Above: An existing office has been turned into the waiter's station in the dining room. Image via Flickr. 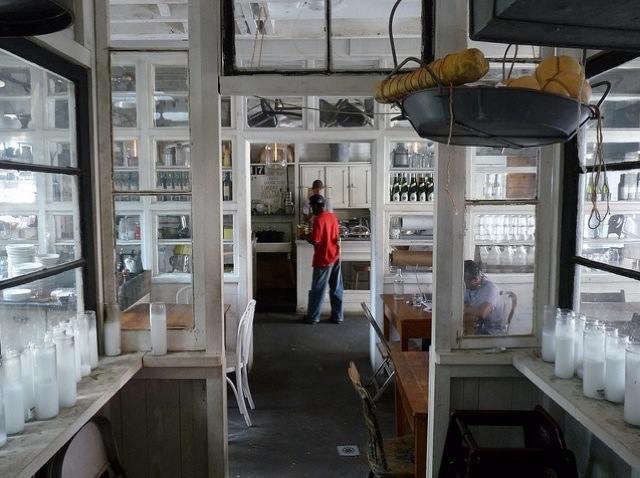 Above: A view from inside the waiter's station illustrates how all the surfaces are used for casual storage. Image via Flickr. 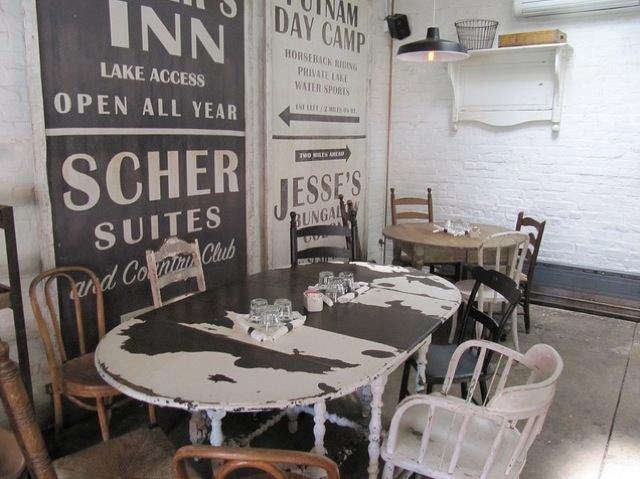 Above: A random collection of chairs and tables gives the restaurant a homey and comfortable feel. Image via Flickr. 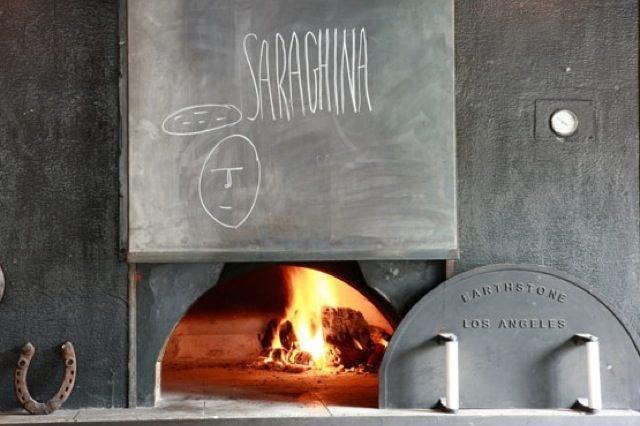 In collaboration with: Bath Remodeling Guide from Home Depot and Moen