When we first featured Berge, an inn in Aschau, upper Bavaria (see House Call: Berge by Nils Holger Moormann), it was still a work in progress. Moormann recently completed the 17th-century building, which was once a bakery; it now features 14 self-catering rooms as well as a few additional garden rooms. For the design of Berge, Moormann veered away from the world of traditional luxe and instead created small, modern, functional self-service suites; guests have a choice of cooking in their own kitchens or congregating in the communal kitchen. Most of the furniture is of Moormann's own design with an occasional Eames chair or the like thrown into the mix. 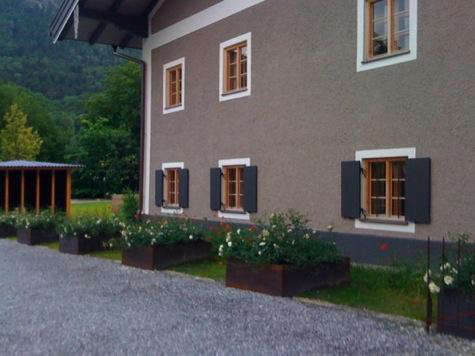 Above: The traditional facade belies the modern interior within. Photograph via Belscout. 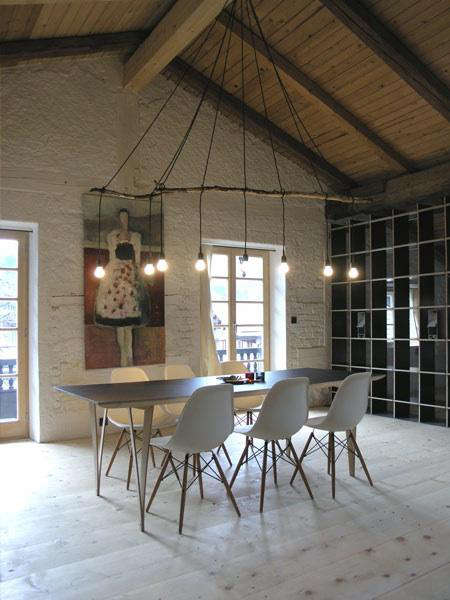 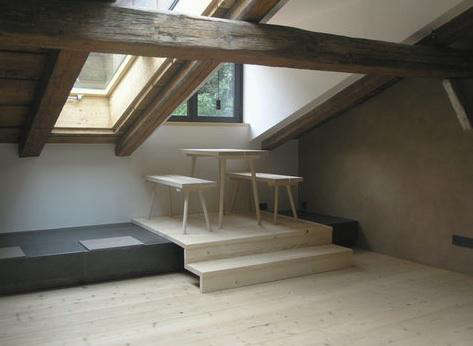 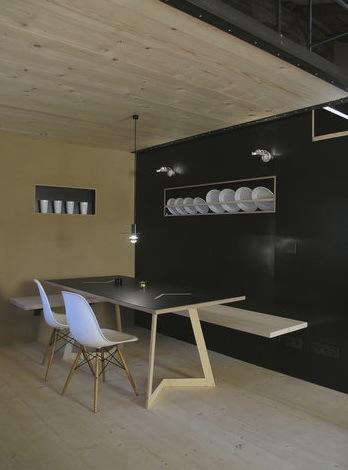 Above: Moormann designed all the furniture and built-ins. 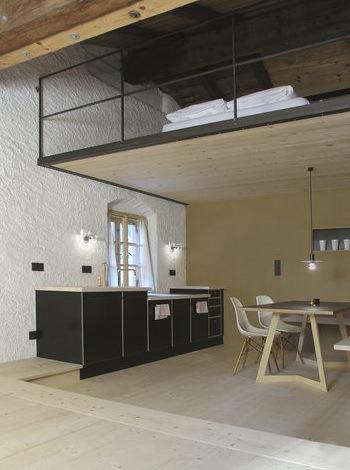 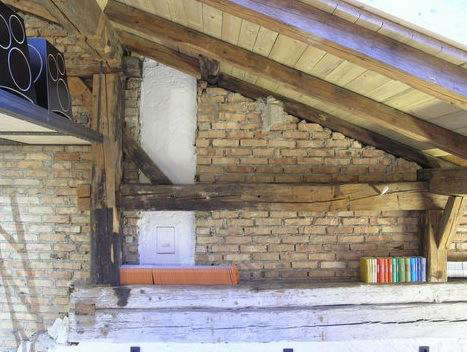 Above: Original brick walls and timber framing add a rustic note to the interiors. 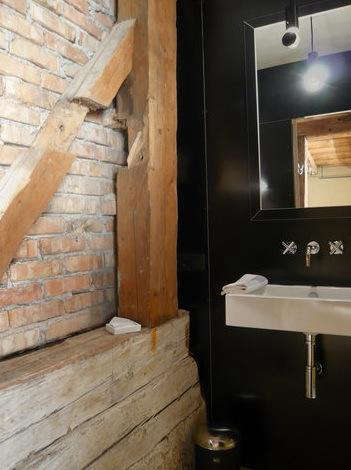 Above: Moormann integrated modern bath fixtures in the suites. 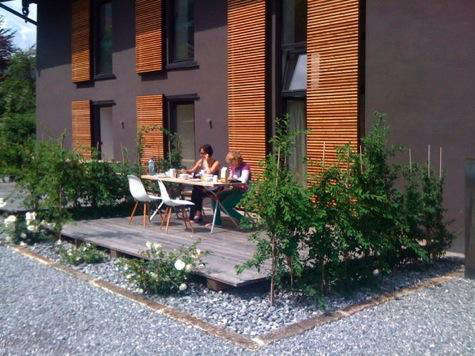 Shopper's Diary: New at the General Store in San Francisco

A Manor House and a Schoolhouse in the German Countryside