“Why match when you can mix?” asks Brisbane, Australia, interior designer Anna Spiro. Her work is an exuberant mashup of patterns and vintage furnishings that somehow all connect, especially in her recent upgrade of a defunct seaside motel.

Situated in Cabarita Beach, a sleepy surfer hangout midway between Australia’s Gold Coast and Byron Bay, the hotel is owned by sisters Elisha and Siobhan Bickle and their husbands (the Bickles hail from a Brisbane real estate clan). The couples originally purchased the place as a family getaway, then decided to give the East Coast of Australia its most colorful motel. They succeeded. 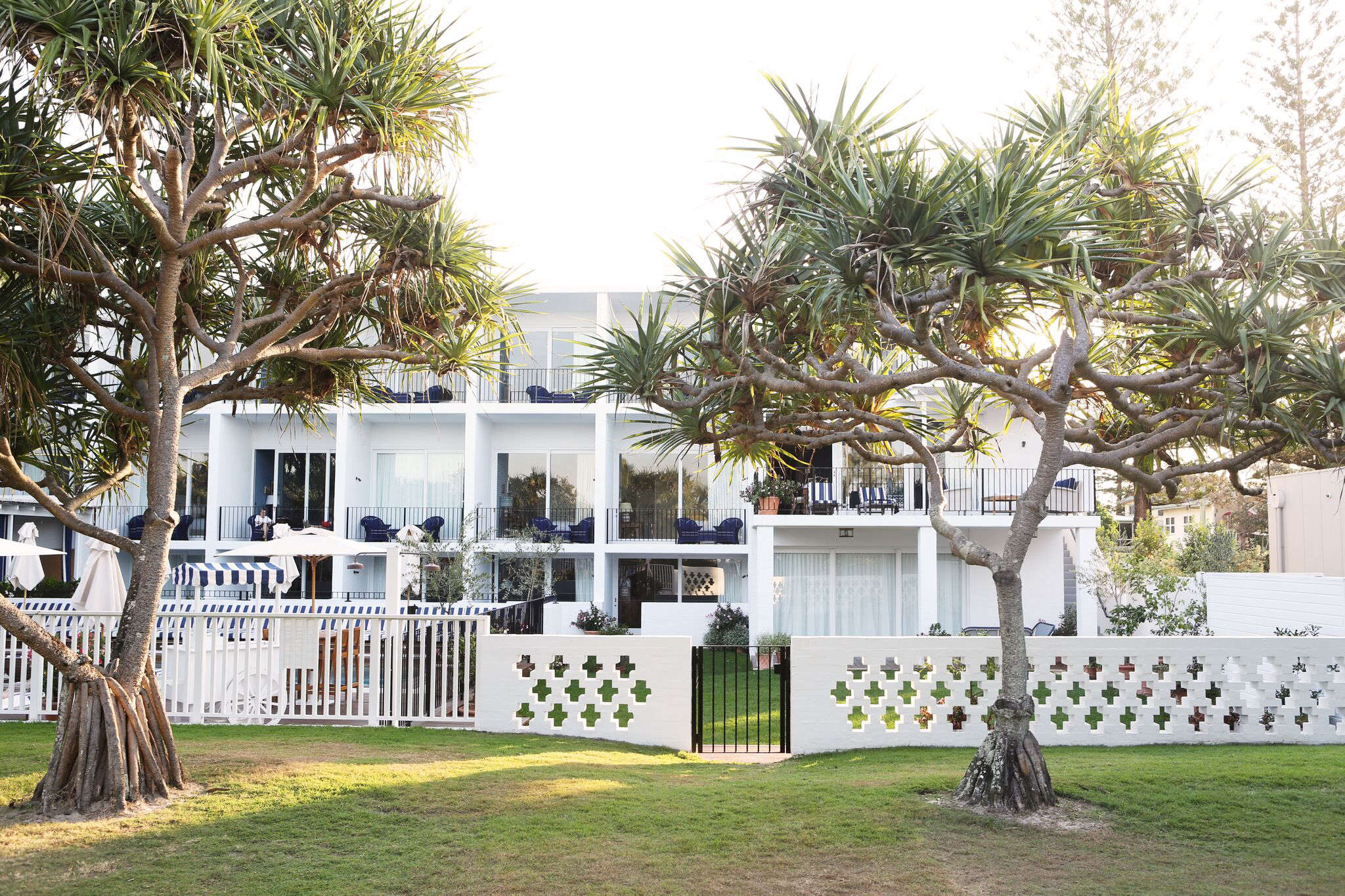 Above: First step in the overhaul: Sydney architect Virginia Kerridge transformed the down-at-the-heels 1960s structure into Halcyon House, an elegantly modernist seaside hang. Photograph by Rhiannon Taylor, courtesy of In Bed With. 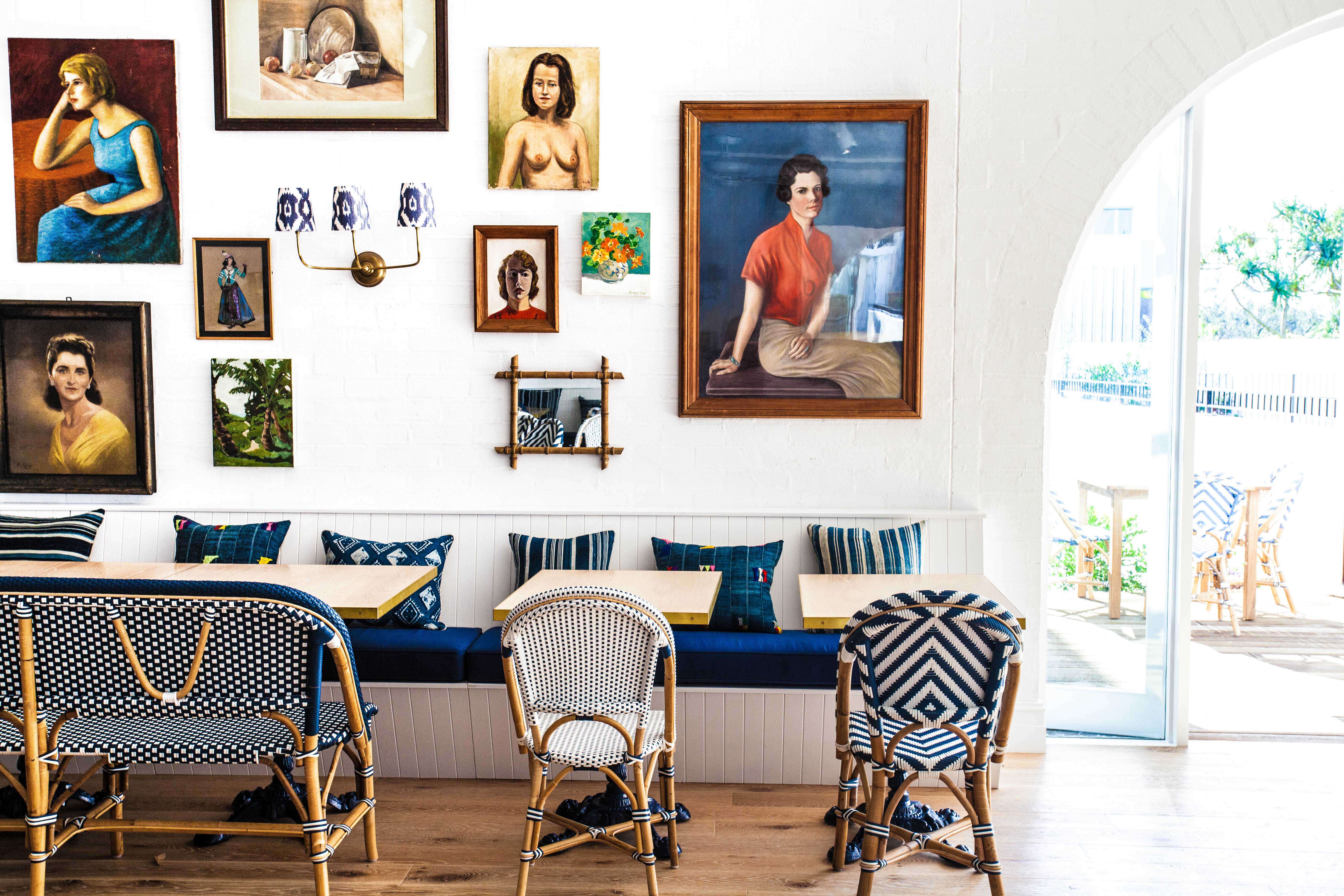 Above: Kerridge’s airy interiors then received the Anna Spiro treatment. Halycon’s quirky patchwork of art and antiques came together easily: As an offshoot of her design practice, Anna runs Black & Spiro, an antiques store in Brisbane. And she frequently strikes out on buying trips all over—she shops the Brimfield flea market and found many of the hotel’s furnishings in New York at John Derian and Madeline Weinrib. 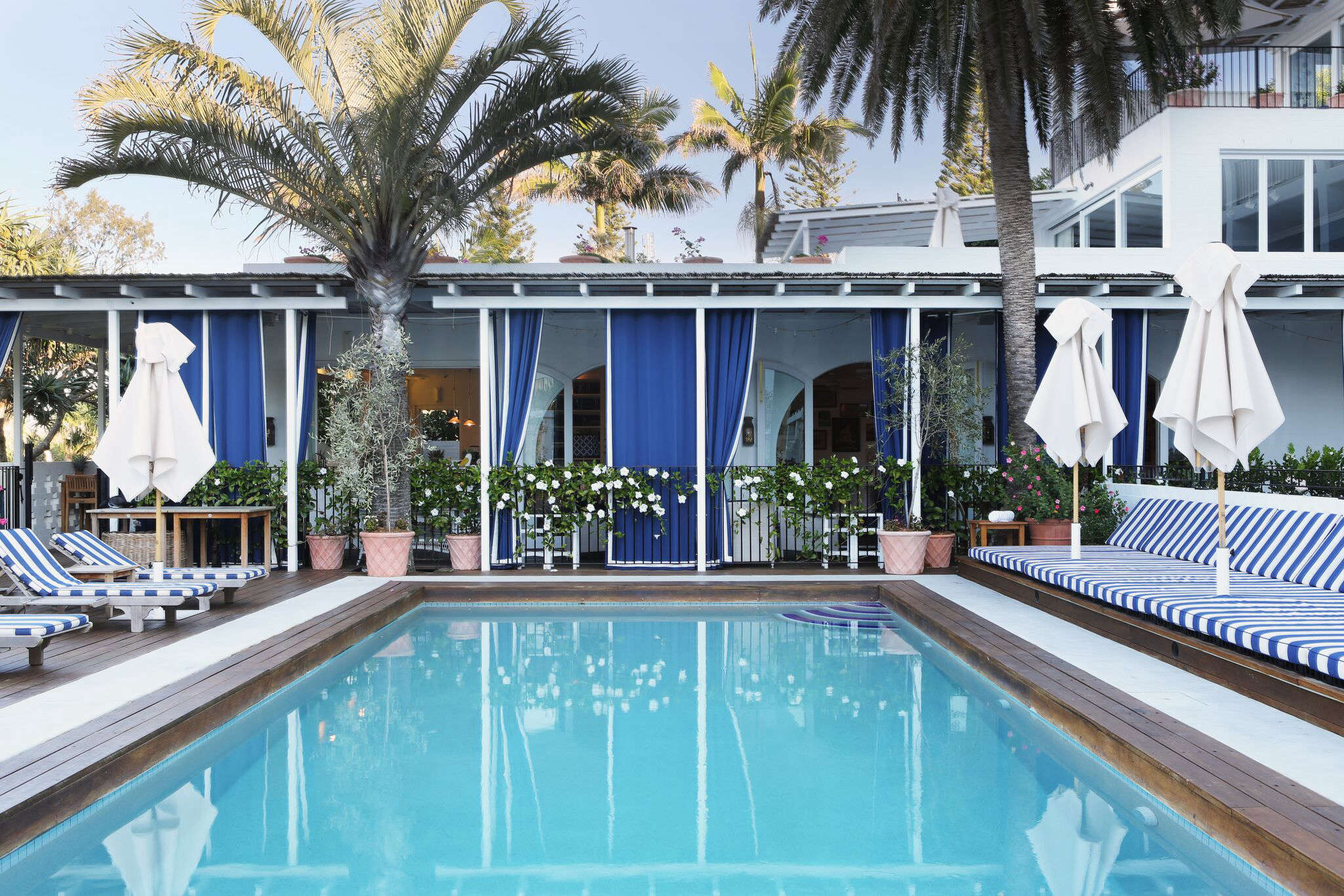 Above: The restaurant opens to a pool with lounges in a nautical stripe. And the beach is right there, too. Photograph by Rhiannon Taylor, courtesy of In Bed With. 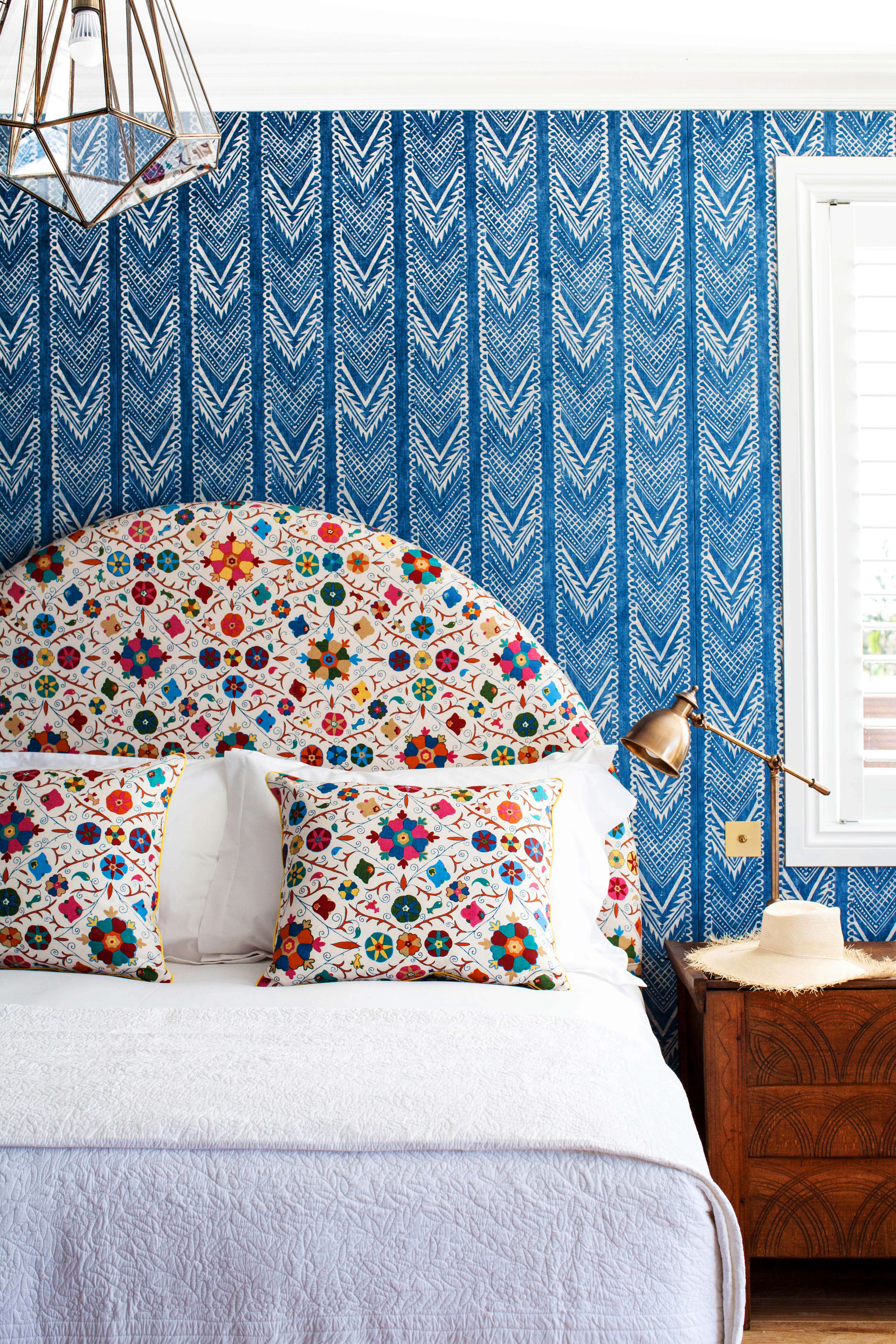 Above: Mandated to create a look of “uncomplicated luxury,” Spiro went to town with textiles. Like the headboards, the walls in the 21 guest rooms are upholstered in ornate fabrics that telegraph vacation. Photograph via Black & Spiro Interior Design. 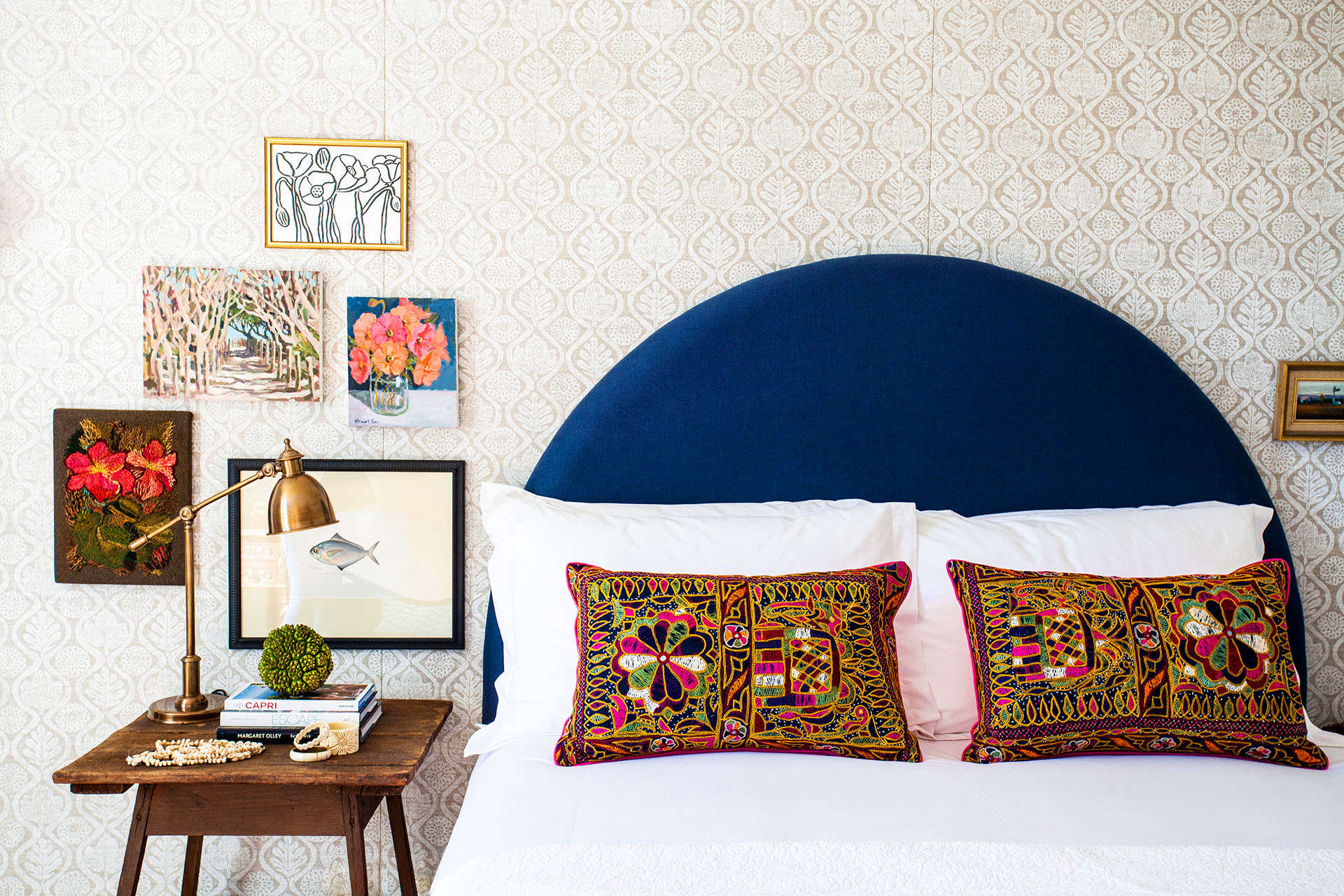 Above: All of the fabrics came from England, as did the upholsterers—Spiro imported a team of specialists to work on the rooms. Photograph via Black & Spiro Interior Design. 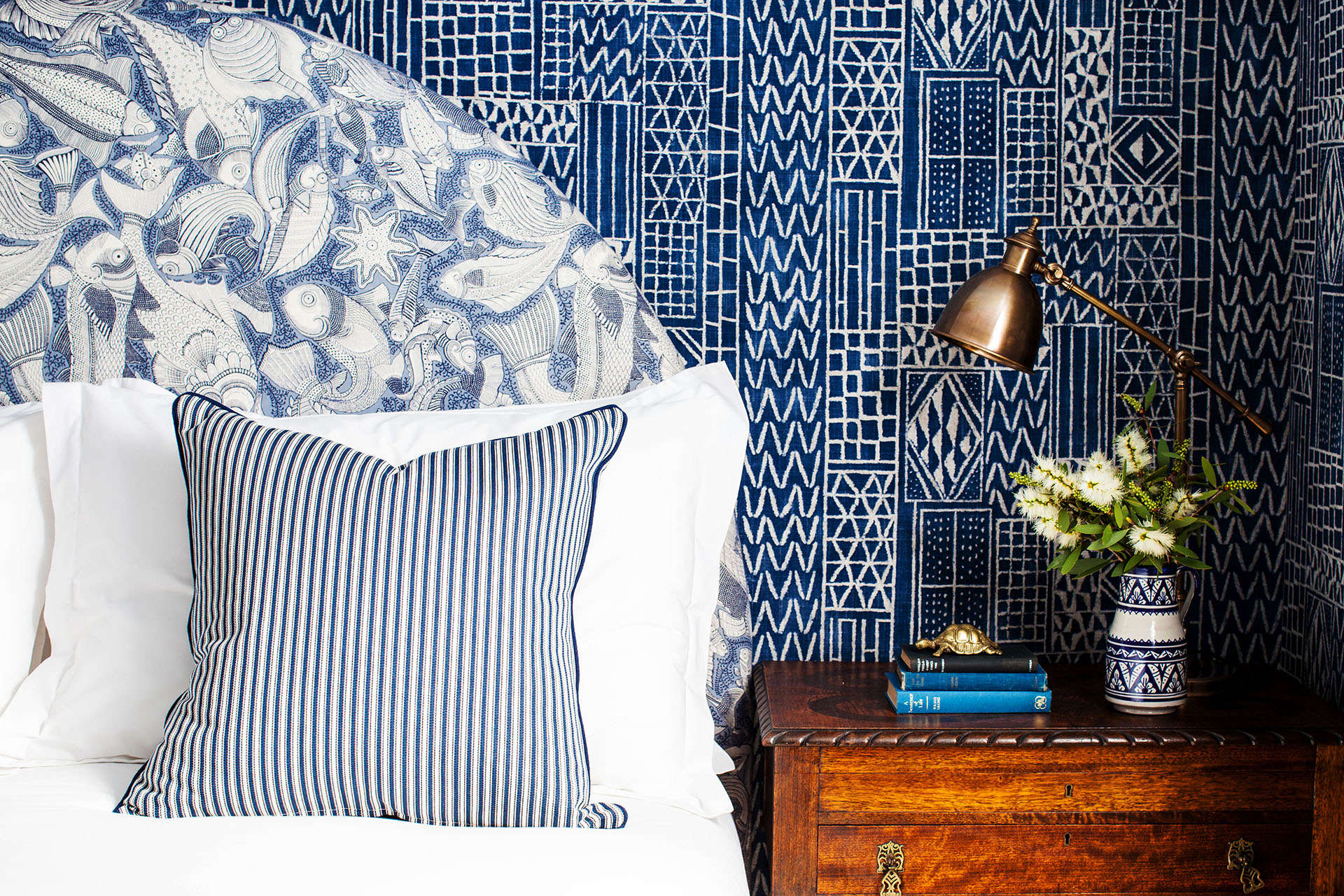 Above: A palette of blue and white anchors the mad mix. Photograph via Black & Spiro Interior Design. 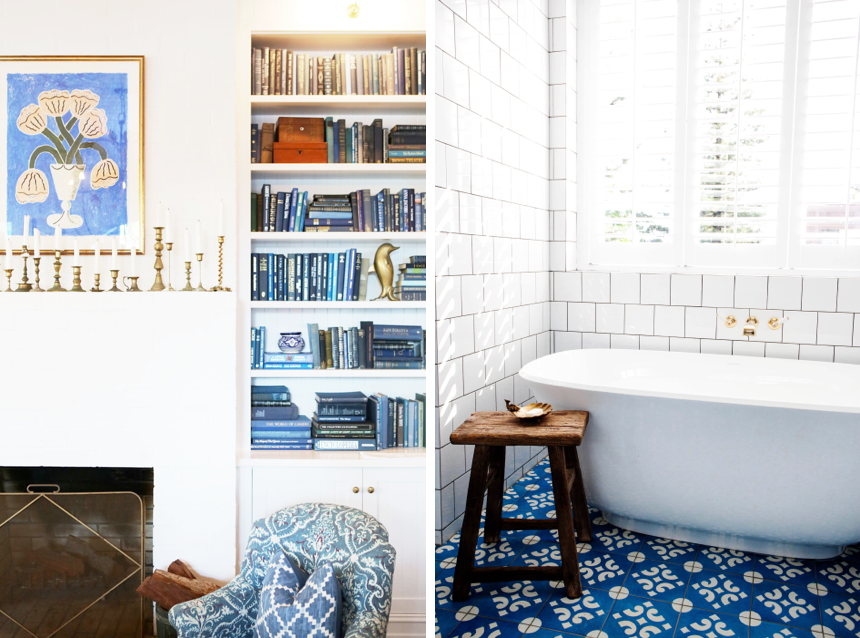 Above L: Brooklyn illustrator Wayne Pate was commissioned to supply some of the artwork, including this painting. Note that even the books are in shades of blue. Brass is another recurring theme. Above R: In the sunny white baths, pattern is relegated to the floor. 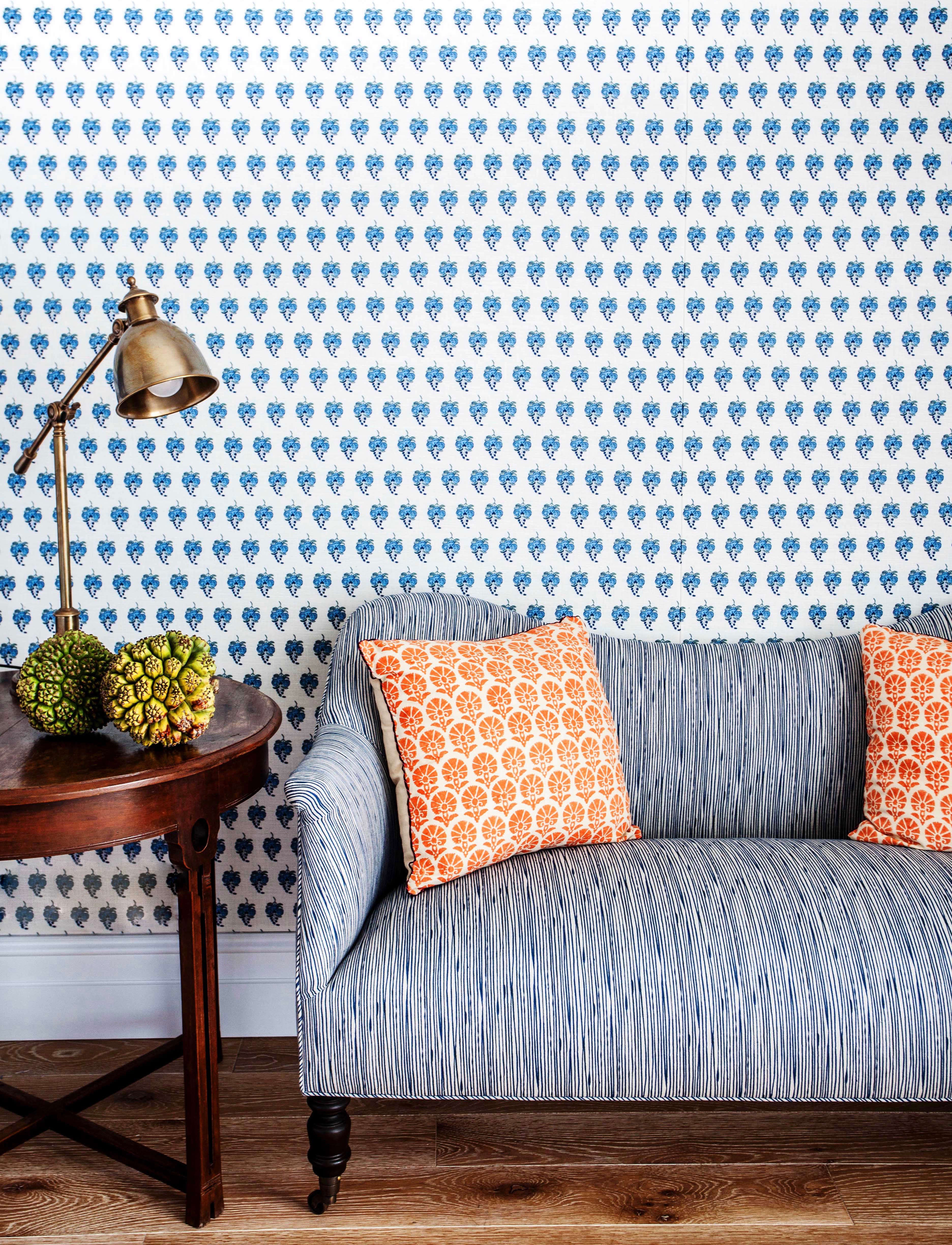 Above: Lily Pulitzer would approve. See more at Halcyon House.

Here are some other boutique motels worth checking out:

Urbanara: Natural, Timeless Textiles for All Over the House (Without the Markup)