I first discovered binchotan charcoal when I lived in Japan, where it’s been used for centuries both for cooking at home and for its purification and restorative properties. Made from oak branches that are fired in ceramic kilns at very high temperatures, binchotan is created when the kiln flames are rapidly smothered in dirt, carbonizing the wood. It was widely used in Japan before World War II, but with the advent of gas cooking, it declined in popularity until recently. Over the past decade, binchotan charcoal has been enjoying a renaissance both in Japan and overseas, with proponents touting its deodorizing and purifying virtues.

I’ve been using it at home since I came across Danish company Sort of Coal‘s products with clean, modern packaging. According to Sort of Coal, “What’s fascinating about binchotan is its extreme porosity. It’s filled with countless micro cavities, which means it efficiently absorbs impurities from water, air, and even skin.”  Here are 10 easy ways you can benefit from binchotan charcoal in the home. 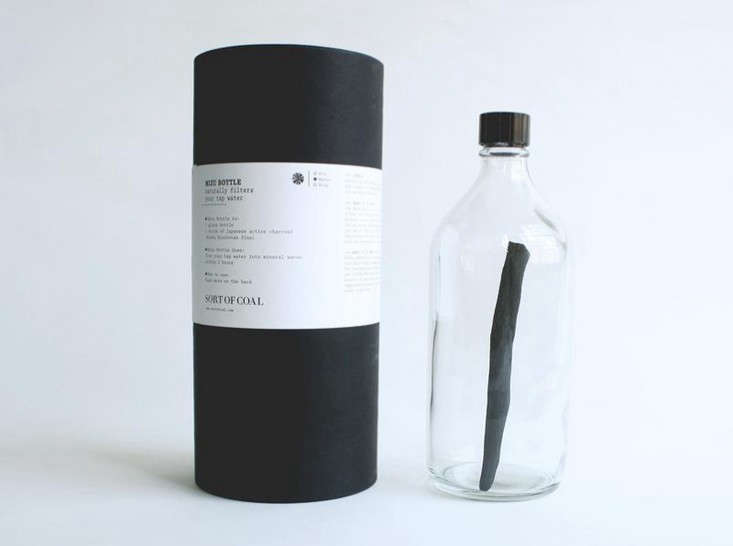 Above: Sort of Coal Mizu Water Bottle with Binchotan Purifying Stick: $68 from Generate.

1. Water Purifier: Add a stick to a carafe of water and you have an instant filter. It also has the health benefit of releasing minerals such as calcium, magnesium, and iron into the water. Before you use the charcoal for the first time, you must rinse it, then place in boiling water for 10 minutes and allow to cool before adding to a carafe. The charcoal stays hard without discoloring the water and its highly porous surface makes it an effective purifier, removing chemicals and toxins from water. One stick will last for around three months if you boil it on a weekly basis.

2. Rice Additive: Inserting a piece of binchotan into a pot of rice during the cooking process will absorb impurities in the water and help retain the taste of the rice. (Note: The binchotan should be washed in the same way as mentioned above.)

Above: Kishu Binchotan Charcoal starts at $16 for a quarter pound of charcoal.

3. Toxin Remover: We tend to obsess about the impurities in the water we drink, but seem to forget that we bathe in the same water. Adding a stick of binchotan to the bath will remove impurities. Place in the tub as is or put in a muslin bag and add to bath. The far infrared rays in the charcoal will also enhance blood circulation, proponents say.

4. Air Purifier: Binchotan is believed to contain negative ions, which it releases into the atmosphere. Place a couple of sticks in a jar by your bed for a deeper night’s sleep. 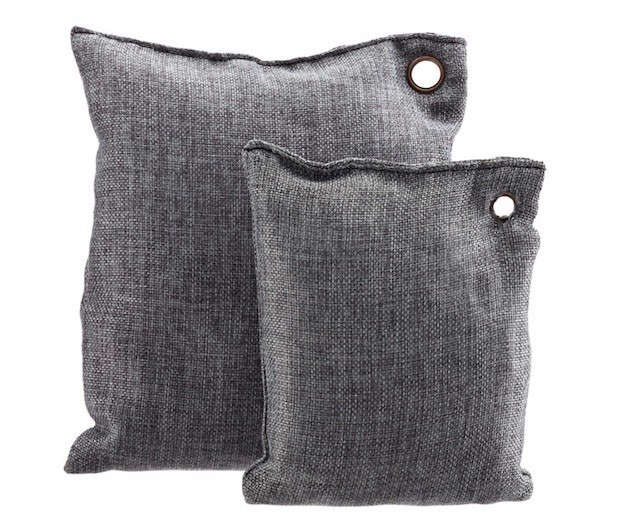 Above: Air-purifying Moso Bamboo Charcoal Bags from the Container Store; the small size is $9.99 and the large is $19.99.

5. Damp Defier. Place a piece of binchotan in a cupboard or a drawer to absorb dampness. Be sure to dry out and air the stick in sunlight every few weeks. One stick should last three years if cared for properly. If you would rather have your charcoal packaged, the Container Store sells the bamboo charcoal bags shown above.

6. Dental Hygiene Defender: Toothbrushes made with binchotan charcoal blended into each bristle give off negative ions and are helpful for removing plaque and preventing bad breath. The Binchotan Charcoal Toothbrush is available from Rikumo for $7.

7. Electromagnetic Wave Absorber: Worried about electromagnetic waves from computers, microwaves, and mobile phones? Placing a piece of binchotan nearby will absorb these waves in a room, according to Sort of Coal, which says, “Binchotan works as a balancing factor for body and mind through the flood of negative ions it emits, which turns nearby metals magnetic.” 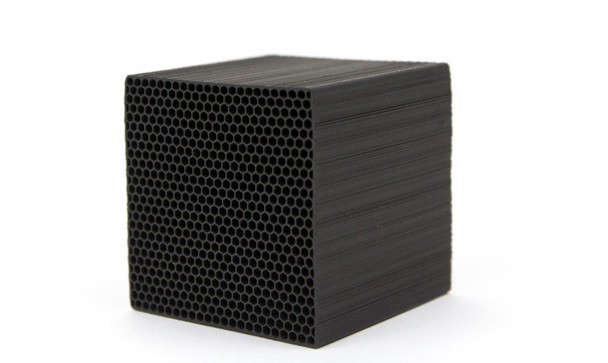 8. Odor Neutralizer: Place charcoal, such as the Chikuno Cube shown above, in a refrigerator to absorb unwanted odors.

10. Soil Booster: Binchotan is the ultimate composter. When you have finished with the charcoal sticks, grind them up and add them to your soil as an enricher.

For more of binchotan’s benefits, see Black Magic, Japanese Charcoal. For other tips for the home, read our Expert Advice posts.

$9.99 USD from The Container Store
Morihata

DIY: A Color-Blocked Wall Clock for $25