There are certain inventions that forever alter the course of human events. Fire. The invention of the wheel. The polio vaccination. The Internet itself. It’s obvious why these things catch on. Certain innovations improve civilization, cure disease, or make it more palatable to eat a stegosaurus sandwich. What mystifies me, though, is why some epic technological breakthroughs suddenly fall out of favor.

I am talking, of course, about the pot filler faucet.

The trend spread like a virus: I remember seeing a pot filler faucet in my friend Lisa’s remodeled kitchen in 2003 and just wanting to die. There it was, a gleaming stainless steel spigot mounted on her wall above the stove burners, waiting patiently for someone to set a pasta pot beneath it. Her husband Joel demonstrated its use like he was the floor man in the first Model T Ford showroom: “I don’t have to haul a pot of [expletive deleted] water across the kitchen for her to make my [expletive deleted] noodles anymore,” he proclaimed proudly. 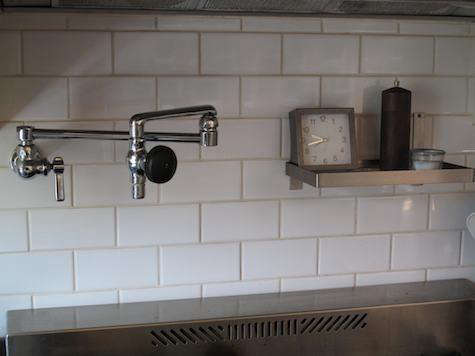 Above: Julie’s kitchen, with a pot filler faucet above the stove.

There are some people who think I remodeled my house mainly to get one. This is false. I also wanted dark walnut floors like my friend Stephanie has. But I can tell you that when I finally did install a pot-filler faucet above my own stove burners in 2012, it was a life-changing moment. I use it to fill the tea kettle, vases, and of course stockpots: a gallon of expletive deleted water weighs 8.5 pounds and I am happy to say I haven’t carried one across the kitchen in nearly two years. Also, the pot-filler faucet has a swing arm, so it can swivel back and forth as needed to fill the espresso maker that sits next to the stove.

So imagine my shock and horror last week when I ran across some sad news from the National Kitchen & Bath Association. These are the people who keep track of kitchen trends–they know exactly how many homeowners in America are contemplating dark cherry cabinets or under-counter microwave storage at any given moment–and they are reporting a surprising statistic: America’s love affair with the pot filler faucet is on the wane. 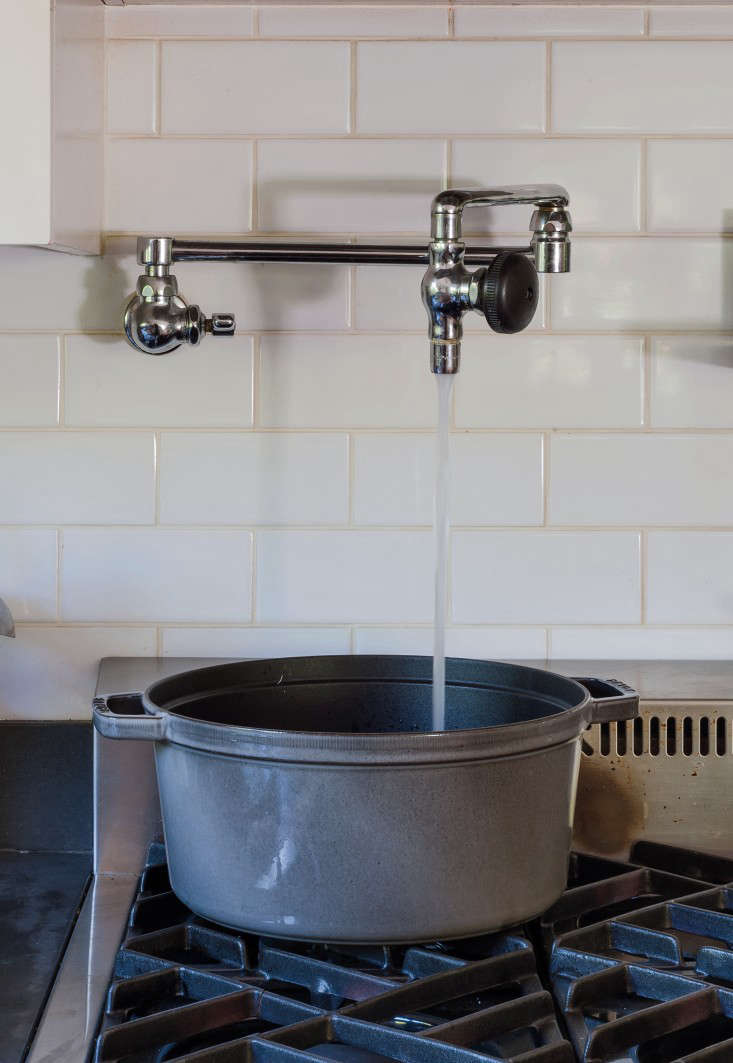 After a decade or more as the darling of kitchen remodels, the pot filler faucet’s popularity peaked just before I installed mine. A mere 28 percent of kitchen designers included pot filler faucets in remodels in 2011, down from 41 percent two years earlier, the association reported. Unfortunately, they do not explain why. I have some theories about how our national obsession with fad diets, including the current thinking that pasta is bad for you because it is gluten and therefore delicious, may be affecting our attitudes toward kitchen design, which perhaps I will explore in a future column.

Instead of pot filler faucets, more homeowners are installing pull-out kitchen sink faucets–those hideous things that look like fire hoses attached to your counter. A pull-out faucet has an ugly retractable cord that some people like because of its flexibility: you can aim the spout at any corner of the sink. As if that’s a virtue. You can also accidentally spray yourself in the face like a character in a 21st century version of an I Love Lucy episode if you have had too much white wine. And yet, the use of pull-out faucets in kitchen remodels increased to 93 percent in 2011.

It is sad to me to see such an important invention as the pot filler faucet consigned to the status of a mere fad, something that comes and goes in kitchen design as if it were of no more import than avocado-colored refrigerators. Or to have it brushed aside, dismissed as the sort of expensive luxury Marie Antoinette might have specified for baking cakes. A pot filler faucet need not break the bank. Mine cost about $200. 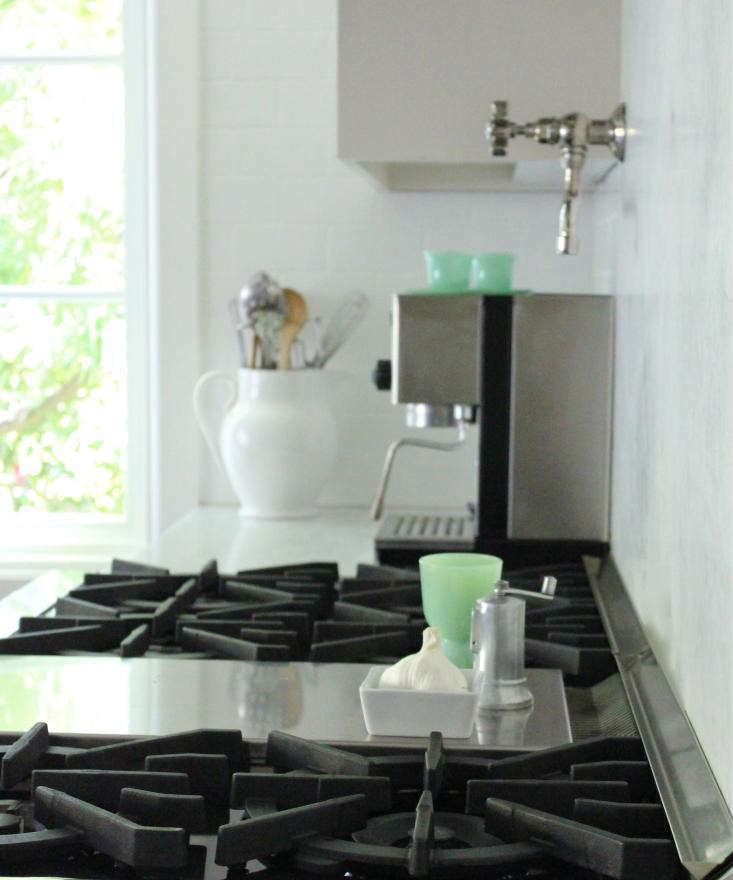 Can people take their long, clumsy hoses and reach all the way to the stove to fill a stockpot? I don’t think so. Can a bulky pull-out faucet move back and forth adorably on its swing arm against your backsplash? Not. Can you drape a beautiful linen towel across it? I guess so, but it would look ugly, not alluring.

When you remodel your kitchen, you will face tough choices. Your budget may force you to give up some of the bells and whistles you dreamed of before the contractors broke into the walls and discovered termites, or, God forbid, snakes, or that your plumbing pipes need an emergency upgrade. However, I urge you not to be shortsighted. Many years from now when historians look back at where kitchen design forked, it will be as dramatic as when Homo Sapiens left the Cro Magnons in the dust.

Pot-filler or pull-out faucet: which would you choose? Tell us in the comments section.

For more of Michelle’s weekly Domestic Dispatches, see Death to the Double Sink, 7 Secrets to Making a Perfect Bed, and, on Gardenista, How to Stop Throwing Away Food (and Money). And see our pot filler picks here: 10 Easy Pieces: Pot Filler Faucets.

Finally, get more ideas on how to evaluate and choose your kitchen sink and faucet in our Remodeling 101 Guide: Kitchen Sinks & Faucets.

Birdsong Cafe: A Modern Bistro with an Old-World Feel

Bathroom of the Week: Ferren Gipson Upgrades Her London Loo (and Makes Room for the Laundry)