There was a time–and I’m not saying I’m at all proud of this–when I used to go to Ikea for the Swedish meatballs. This was when we had toddlers, and my husband and I would strap them into the backseat of the Honda Civic to drive nearly an hour to the closest store on Long Island.

Ikea was a new thing then, and to Americans everything about it was cool: the maze of movie-set rooms displaying flat-pack furniture; the free babysitting in the Smí¥land supervised play area, and of course the well-priced lunch. But in retrospect I think it must have been the eating of so many meatballs that gave the Swedes the wrong impression of us. Perhaps it established us as rubes, unsophisticates, a nation willing to consume anything.

This has to be why Ikea doesn’t send us the good stuff: we must seem like credulous children to Europeans. It’s the only reason I can think of to explain why Ikea doesn’t sell some of the best products in its repertoire here. The US stores stock 12,000 items. But some of the best Ikea designs–the pink birch stool, the iconic rattan pendant, the copper-legged trestle table–never make it here. 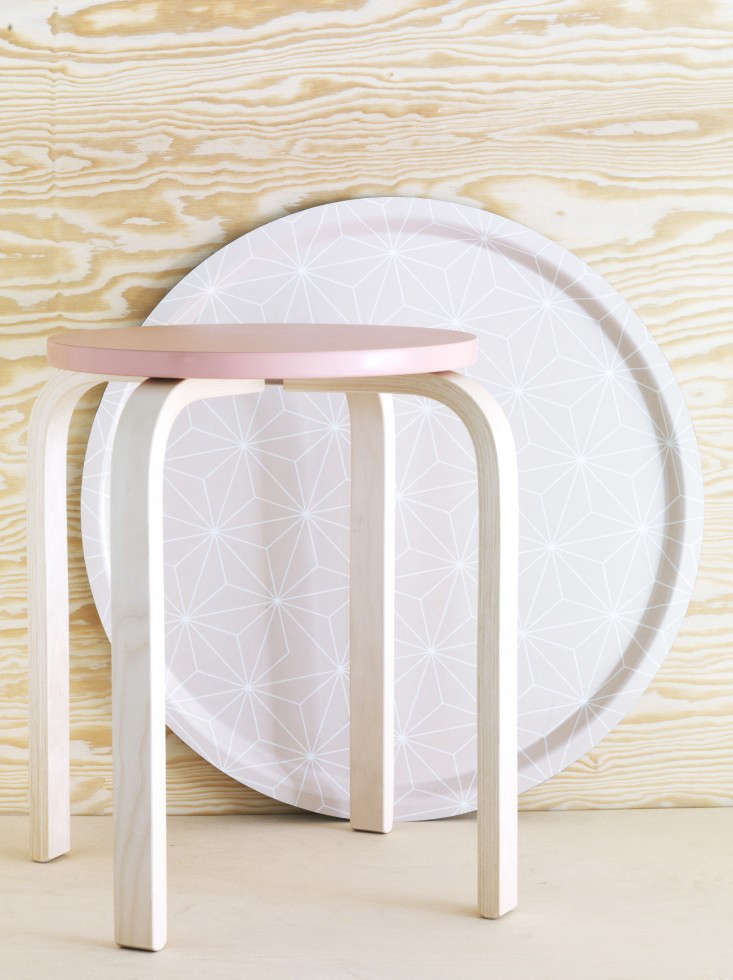 Above: For Europeans only? Ikea’s pink Frosta stool. Photograph via Ikea.

All these years later, I still love Ikea. Make that love love Ikea. And I need a pink Frosta Stool. It has lovely birch legs, a painted seat, and a design directly influenced by the iconic Alvar Aalto Stool 60. If I lived in the UK, where it is being reissued as part of the company’s new Brí¥kig collection, I could buy it for £8. But in the US? Forget it.

The Europeans are getting the good stuff. Why aren’t we? We do after all have quite a few shoppers here who would like to buy pink stools: nearly 318 million people live in the US, versus 63.7 million people in the UK–or, for that matter, 9.6 million in Sweden. So what’s up? 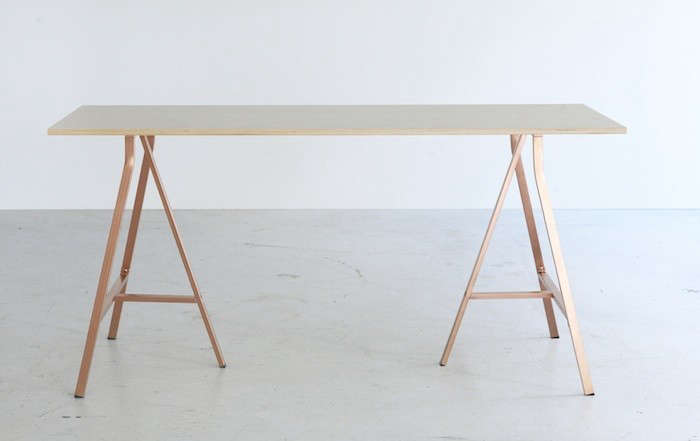 Above: Not coming to America: Ikea’s Brakig trestle table. Photograph via Ikea.

Many of us 318 million Americans wonder why Ikea is withholding our Scandi basics. When Ikea took away our Enje window blinds, blogger Daniel Kanter of Manhattan Nest wrote, “I mourn for them daily.” When Ikea discontinued its birch Akurum Adel cabinets in the middle of homeowner Jan Clayton Shaw’s kitchen remodel, forcing her to finish the job with Home Depot lookalikes, she worried she might not be able to sell her townhouse: “I thought about going eclectic–as in non-matching–but I’m worried it would look odd to potential buyers.”

Is Ikea denying me a pink stool because they think Americans have bad taste?   You can imagine the conversation going on in some conference room in Stockholm, where they’re making decisions about who gets the pink stools and who doesn’t. Are they saying, “Send Americans more meatballs, they love the pork and the beef, but let’s keep the good furniture here?”

When I phoned Ikea spokeswoman Marguerite Marston, who is based in Philadelphia, she assured me this was not the case.

“We get probably 95 percent of what other places in the world take,” she said. “Of course, there are occasionally some collections that we don’t take in our US stores for a variety of reasons. We may not have enough capacity. It may be hard to believe, because our stores are so big, but in Europe the stores are even larger. Or we may not think it’s going to be of interest to our customers in the US.”

Not of interest? How could an adorable pink stool that costs less than $14 not be of interest to every American? And what about the beautifully proportioned Leran Pendant Lamp, which we used to be able to buy in the US before it was discontinued here? If I were one of the comparatively few shoppers living in the UK, I could buy it for £70.

And what about the Lövbacken side table ($59.99), a reissue of a classic three-legged table that Ikea started selling in 2013 in Europe? It didn’t arrive here until about ten seconds ago.

The Lövbacken side table, like the Frosta stool, is part of a limited collection, said Ms. Marston, adding that Ikea often tests those collections in Europe first.  “If we launch a collection in Europe in January, we may launch it in the rest of the world in May or June because of production cycles,” she said. “Suppliers can’t possibly produce enough to supply the whole world at once.”

Another example of a product in a limited collection that eventually earned a permanent spot in US stores is the Maskros Pendant, a giant dandelion puff of a ceiling fixture that costs $49.99.

“So will we Americans get the pink stool in a few months?” I asked.

“No,” she said. “It’s part of a special collection we’re not taking to the US.”

“Could I go online to an Ikea store in Europe, order it there, and have it shipped internationally?” I asked, a note of desperation creeping into my voice.

“You could probably try, but you’d have to have it air freighted and I’d hate to think what it would cost,” Ms. Marston said. “It would certainly be a collector’s item when it arrived.”

Ikea, I love you. You were my first bookcases. You were my daughters’ first big-girl beds. You were the stainless steel cabinet pulls that made a tiny kitchen feel sleek. And if you don’t let me buy the pink stool, I’ll still love you. But I will feel you don’t love me back quite as much.

(What about you? Would you buy a pink stool if it were available in the US? Is there another Ikea product you wish you could get here? Tell us about it in the comments below.)

Read more of Michelle’s weekly Domestic Dispatches, including Death to the Double Sink and her adventures in Removing Stains from a Marble Backsplash.