Designer Danica Wilcox was working as a jewelry designer in New York when she decided to up and move to Mallorca, Spain, a place that resonated with her (she first visited with her mother, a food writer, during her childhood). Her initial venture, a shop called Hito Home in Pollença, offered goods by local artists and craftspeople; she closed it recently to focus on Hito Home, her quirky design studio.

Her interiors projects are charmingly eccentric. Case in point: a house for gallerist and art dealer Marta Moriarty and her husband, Jesús Huarté. For this project, Wilcox transformed a storage building into a casita on the couple’s estate, Maritja in La Font, near Cala Sant Vicenc in Mallorca.

She started by whitewashing the entire house and sealing the floors with brilliant white deck paint. Next, she brought in the light to the east-facing building by enlarging the small doors and windows common to Mallorca properties for keeping interiors cool, adding shutters to the new large pane windows, which can be closed to combat the midsummer heat.

The open and clean arrangement of furniture is meant to mirror the garden, trees, and sky surrounding the house. (On the estate is a field of lavender, a labyrinth, and an Andy Goldsworthy stone egg sculpture.) “I like everything to have a place. It gives a home purpose and clarity, and a clear energy,” she says. Here’s a look at how Danica artfully ties modernity with rusticity. 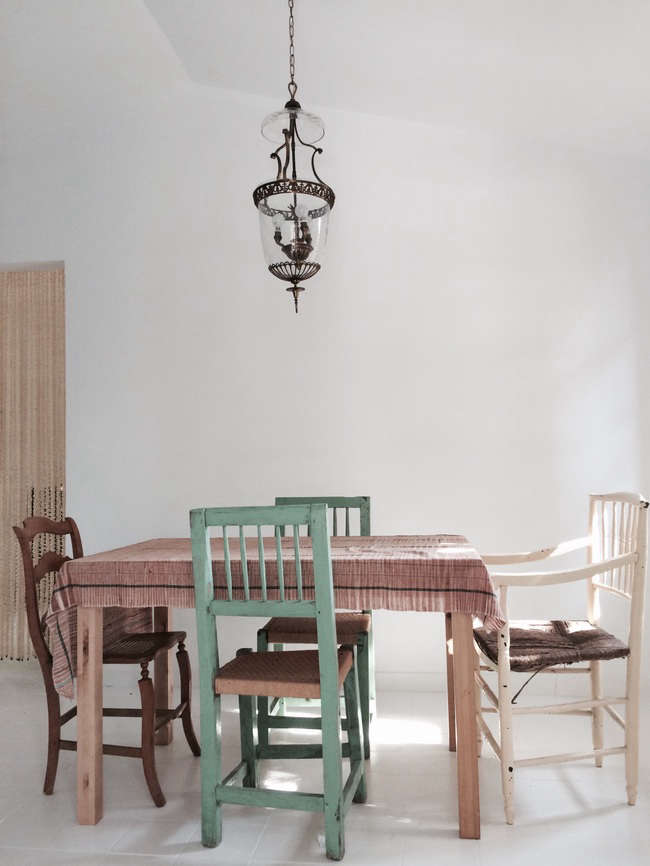 Above: Danica combs the flea markets of Spain, France, and Holland, integrating her finds into special projects. The glass pendant light is from Madrid; it’s the kind, Danica says, “that would have originally hung in a courtyard.” The mixed set of chairs were painted and re-caned. “I actually don’t like it when dining chairs match,” she says. 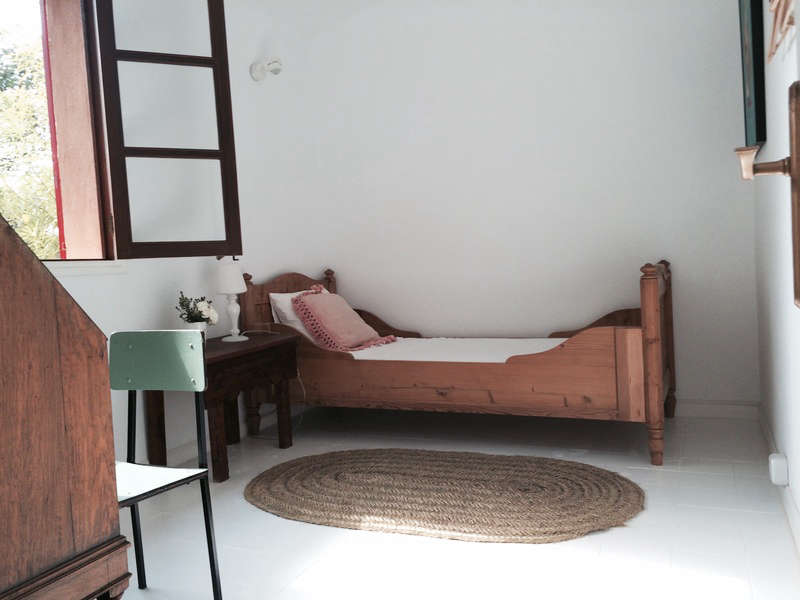 Above: In a bedroom an antique wooden bed, a woven rug of esparto grass, and a school chair sourced from a flea market in Spain, painted in Farrow & Ball’s Arsenic. The throw pillow on the bed was one of many designed by Danica and made with Roba de Llengües fabrics from Bujosa. 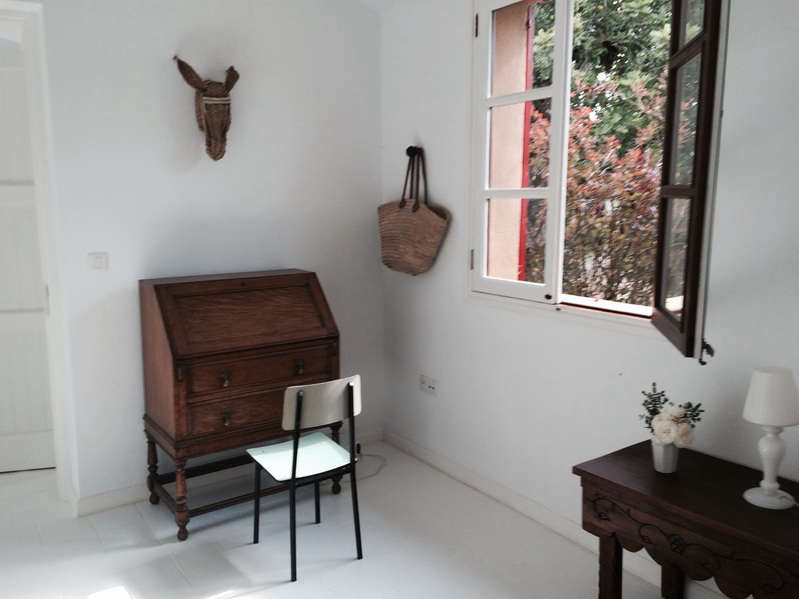 Above: An antique secretary desk and a mounted head made of woven esparto grass. 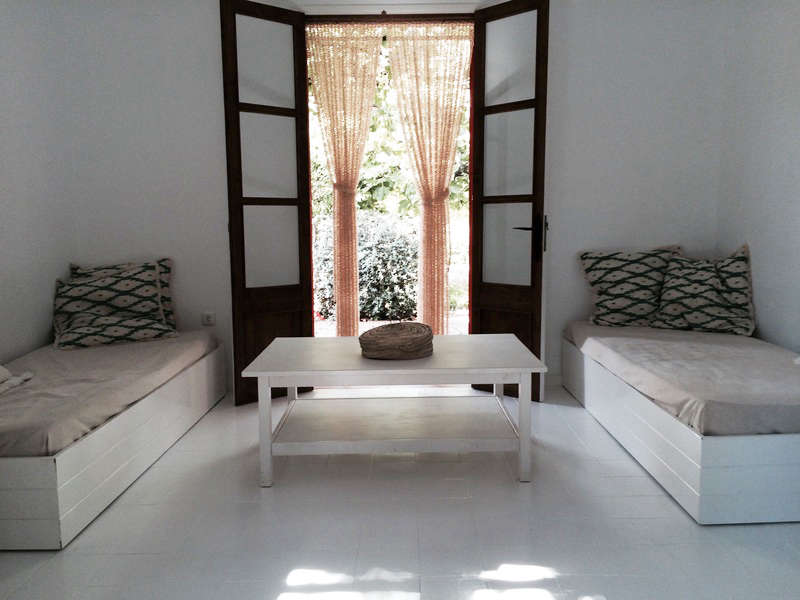 Above: The curtains in the open doorway are Cortinas de Pita, traditional curtains made of natural fiber for keeping flies and mosquitos from entering the house. “I think they filter the light beautifully and soften the stark white space,” she says. 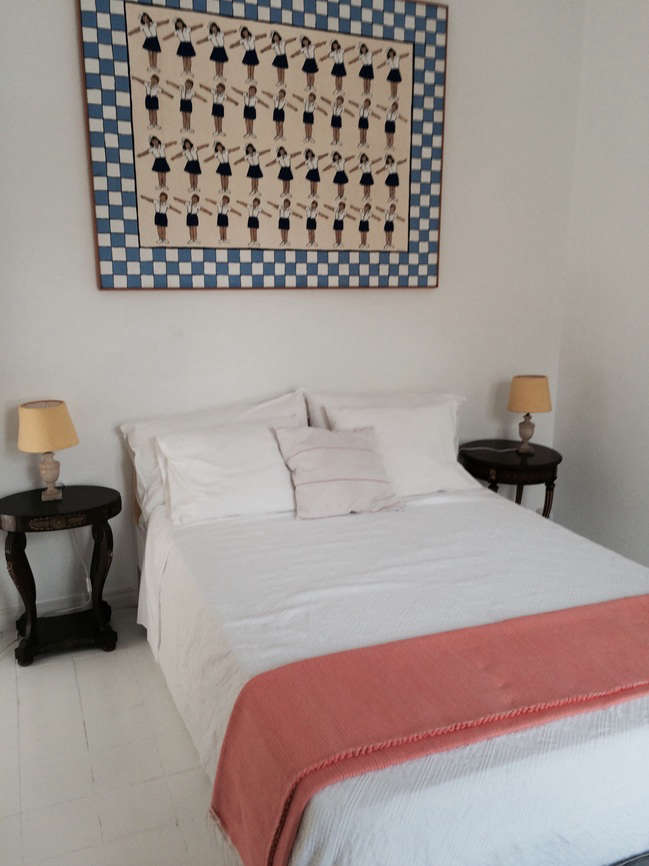 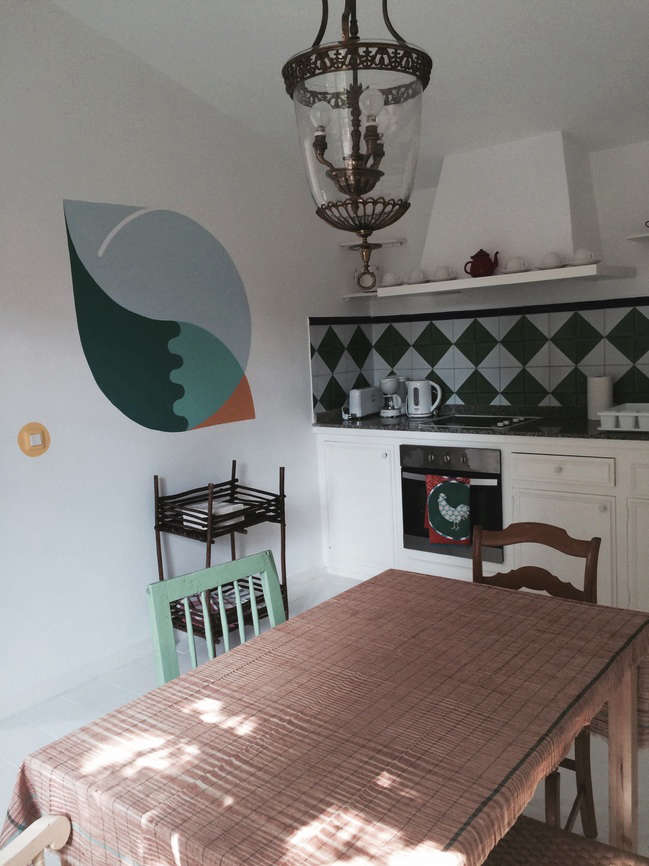 Above: In the kitchen is a wall painting by graffiti artist Jesús Moreno, who goes by the name Y.E.S and is represented by the homeowner’s gallery, Slow Track Society. 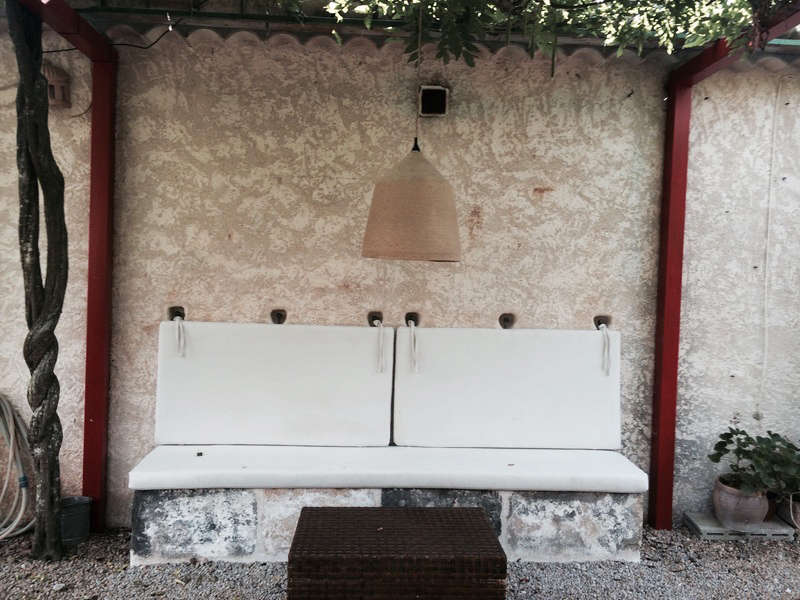 Above: The bench outside is made of local stone, and the light fixture is by Paleolochic.

See our post on Danica’s former shop, Hito Home, in A Tiny Tienda in Spain.

Table of Contents: The New Eccentrics

Feist Forest Tables from the UK

Steal This Look: A Riotously Patterned Bedroom Suite in England by Suzy Hoodless

Angle of Repose: A Restored House in Tielrode, Belgium, Available for Rent