A fixture of the British domestic landscape, the cloakroom tap speaks of utility while dripping elegance–which is why I wanted a set for the sink in my Connecticut shop, Ancient Industries. The cloakroom is the UK equivalent of the powder room, and its sinks are traditionally outfitted with basic, pared-down Edwardian-style taps with tidy cross handles and separate hot and cold “noses” or spouts. Trying to source these faucets in the US, however, is a long and fairly dry road, I discovered, especially for those of us on a budget. It took some trying, but I tracked down five notable examples from sources in the UK and US, and from all ends of the price spectrum. I’m hoping these might inspire an adventurous American manufacturer to follow suit.

Above: A downstairs cloakroom in Yorkshire with a sink and taps from Drummonds, a UK company specializing in luxurious classic bathroom fixtures. (Note that true to its name, the cloakroom has a place to hang coats and park walking sticks and umbrellas, as well as to wash up.) The sink is the Naver, available in porcelain with nickel, chrome, or brass detailing and taps; the faucets are the Classic Basin Taps with Skye Heads & Standard Spout; prices on request. 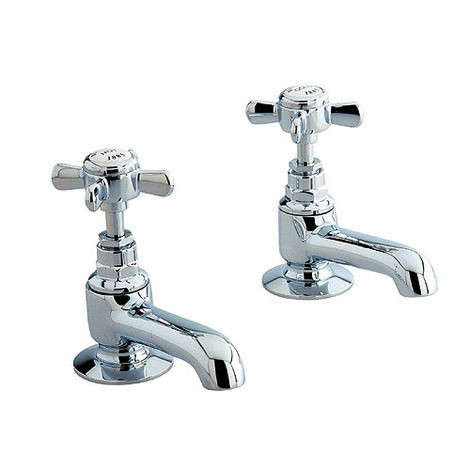 Above: Bensham cloakroom basin taps offer no nonsense efficiency for those on a budget; £55 from Bath Store. 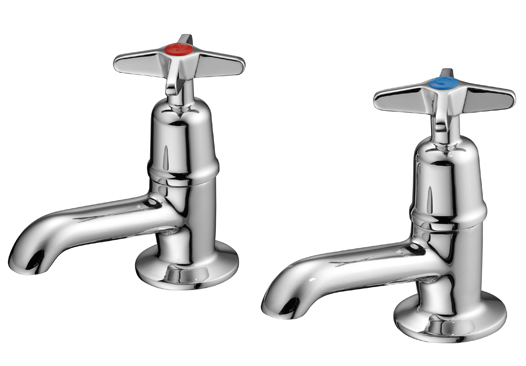 Above: Aqva’s Ideal Standard Pair of Alterna Pillar Taps are a more contemporary take; £26 from Aqva. 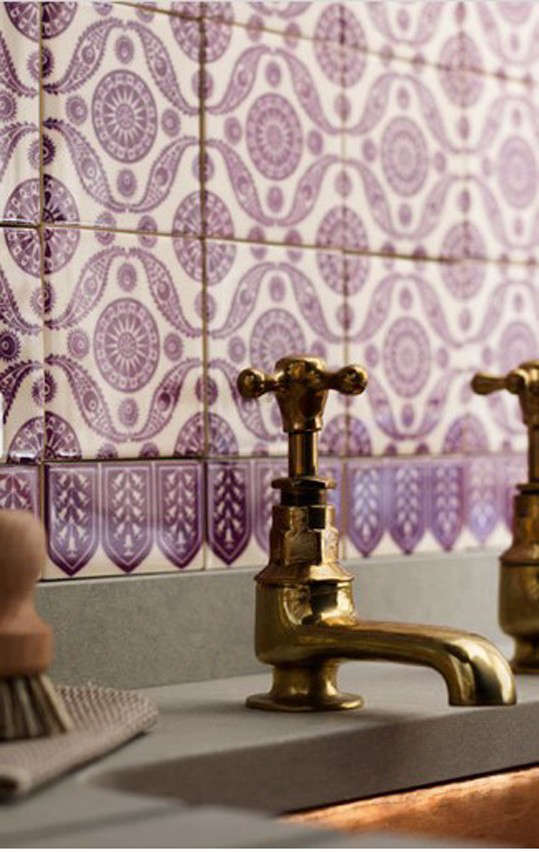 Above: Freshly polished or mellowed with age, brass taps are also a fixture in British cloakrooms. Barber Wilsons, the oldest tap maker in Britain and favored by the queen, offers Short Nose Basin Pillar Taps in a variety of finishes, including unlacquered brass, similar to the set shown here. Photo via Salt and Pepper. 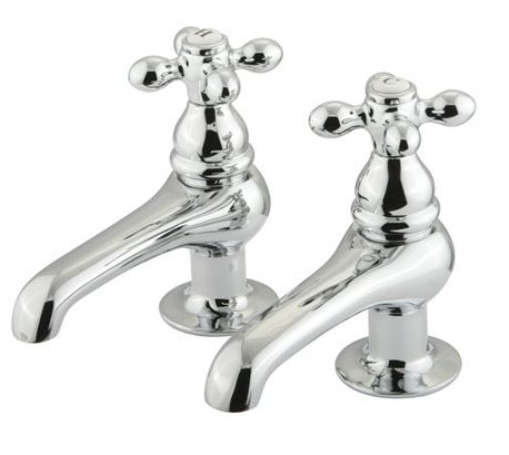 Above: Elements of Design in the US also makes a similar tap, the Basin Cock Faucet, in polished chrome; $115 from eFaucets. 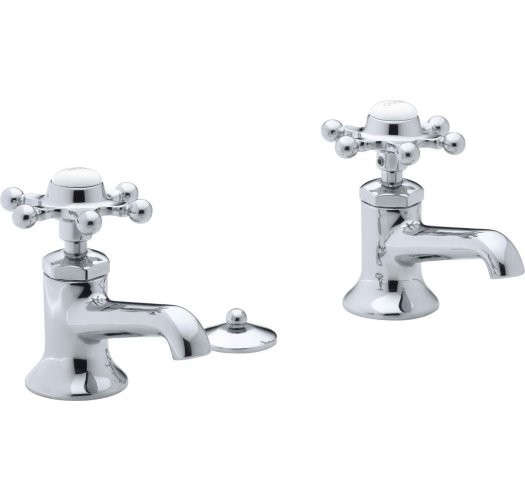 Above: The Kohler Two Handle Pillar Tap Lavatory Faucet, presented as a nostalgia item, is $673 at eFaucets. (It’s also available directly from Kohler priced at $897.)

On the hunt? Go to our Design Sleuth archive to see more of our recent discoveries, including the Black Toilet Seat. And on Gardenista, learn about the World’s Best Plant for a Bathroom.

Finally, get more ideas on how to evaluate and choose your bathroom sink and faucet in our Remodeling 101 Guide: Bathroom Sinks & Faucets.

$672.71 USD from eFaucets
Elements of Design

All in the Details: Pantone Powder-Coated Hardware from Designer Mark Lewis’s Online Shop