It’s a miracle that my husband and I ever got together. When we met at architecture school, our approaches to designing were worlds apart. These days, due to his travel schedule, we find we’re still often worlds apart; but closer as well, thanks to Microsoft Office 365 Home Premium subscription.

The process of becoming an architect can be grueling at best; surviving the program requires minimal sleep, nerves of steel, and excessive amounts of adrenaline or caffeine, especially in the days leading up to a project deadline. My husband, who subscribes to the old British 6 P’s military adage, “proper planning prevents poor performance,” thrived on that kind of stress, while I was always on the verge of capitulation. 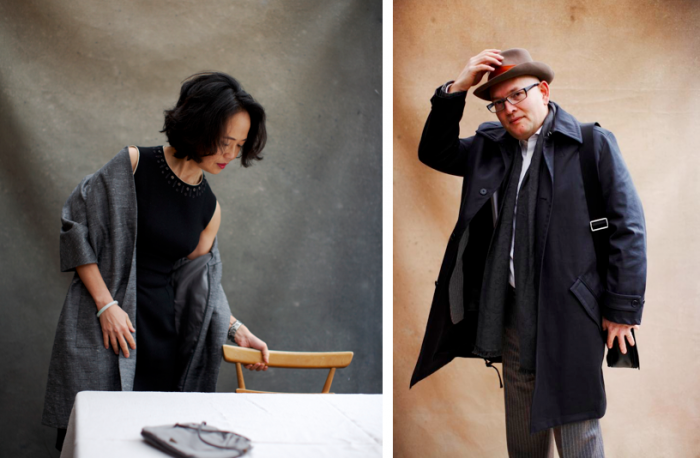 Above: Our approaches to getting dressed are worlds apart as well. I dress for the specific occasion while Bill is always ready to brave the rain, tube, or plane. Photography by Kristin Perers.

In the eleventh hour on the eve of any deadline, he could be found air-brushing the finishing touches of his presentation (we were the pre-Photoshop generation) while dancing at the same time (Tom Tom Club if you must know), and I would be slumped over my desk in bleary-eyed supplication to the Architecture Gods above, praying that the critics would have mercy on me.

As he sailed through the three and a half years, I limped along in fits and starts. In time, we learned to appreciate each other’s differences; he continued to believe in the power of the plan (his never went wrong) and I had resolute faith in my communication skills as I continued in desperation to summon the powers of any higher authority when I either lacked a plan or realized that the one I had was heading south fast.

Above: Take a tour with me of our construction site (aka home) in London.

We laid the foundations of our relationship in our first apartment, when we set up two drafting tables side by side and communicated our ideas through drawing and talking (for the most part, he drew while I talked). 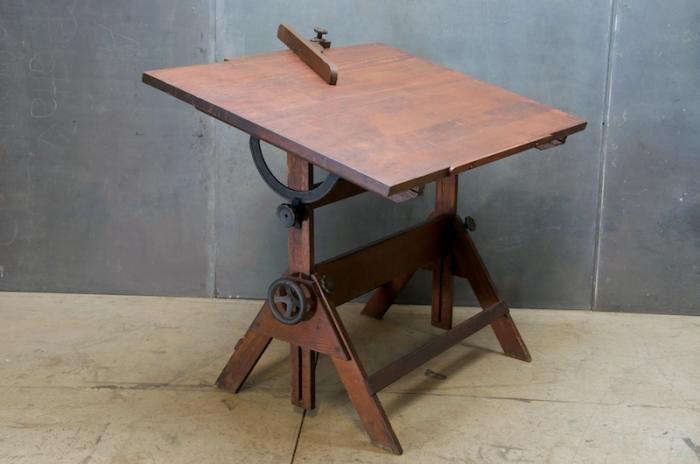 Above: In a pre-digital age, we communicated and collaborated over our drafting tables. Image via Modern50.

Throughout the years, we have become quite well practiced at communication, despite the trials that come with moving across the ocean, raising two children, work stresses, and way too much traveling on his part. Modern technology has helped enormously as we shuffle among email, texts, Pinterest, and phone calls, depending on our needs. Not an ideal situation as we geared up for a house renovation, but we were making do just fine–until he dropped the bomb.

“How would you feel if I told you my job requires me to be in New York?” he said one evening.

“What do you mean, ‘requires you to be in New York?’ Like for a project where you’ll go there a lot for a period of time on top of all the other places you go to all the time; like Rio, Sydney, and Hong Kong?”

“Uh, not exactly. Like I have to live in New York and London will be added to the list of cities that I travel to regularly.”

My imminent single working mother status, with two teenage boys and a looming house renovation, was becoming crystal clear. I took a deep breath and asked calmly, without a trace of sarcasm (I swear), “Well then, you do have a plan, don’t you?”

“Not really; you’re the one that always says things will work out.” 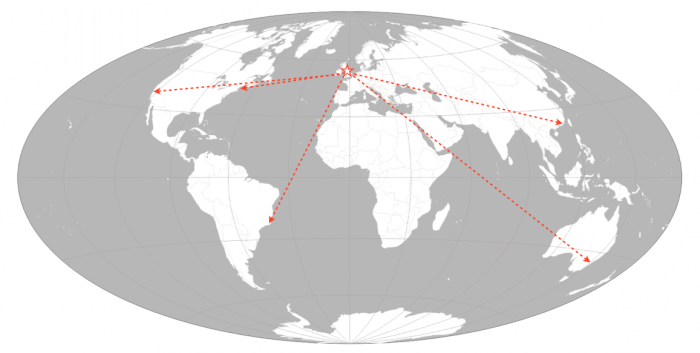 Above: The cities and time zones my husband visits and crosses on a consistent basis.

And that’s when I realized that this was too big for even Mr. 6 P’s, and I started to cast widely for a miracle–even considering outrageous plans like transferring our boys out of their UK schools, winning us loads of parental brownie points on the way, no doubt. This time, the Technology Gods took pity and delivered us a solution in the form of SkyDrive and Microsoft Office 365 Home Premium subscription; our own personal cloud-based, virtual office, which allows us to communicate and collaborate across oceans and time zones in real time.

With the OneNote App, I created a Renovation Notebook and then uploaded all of our drawings, images, and documents into the various files I had created. The beauty of it is twofold: Everything is in one place, and because the notebook is on the SkyDrive, it can be accessed by both of us at any time and on any of our devices (laptops, tablets, and phones). We communicated through comments and sketches, and for those decisions requiring further discussion–Skype, now included in the Microsoft Office 365 Home Premium subscription–was on hand to help, and with 60 free minutes a month, we could indulge obsessively about the architectural details. 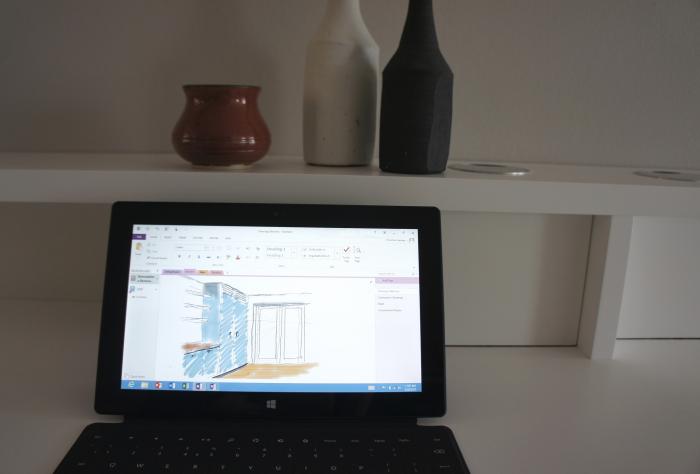 Above: A quick sketch Bill made with Sketchbook Express on the airplane from Rio to New York, which I was able to access on my Surface Tablet within minutes of his landing at JFK.

For better or for worse, my husband was never actually that far away. Microsoft Office 365 Home Premium subscription enabled us to collaborate on our renovation project together; reminding me of the good old days back in our first apartment when our desks were side by side–maybe even better? After all, a virtual husband produces zero laundry. 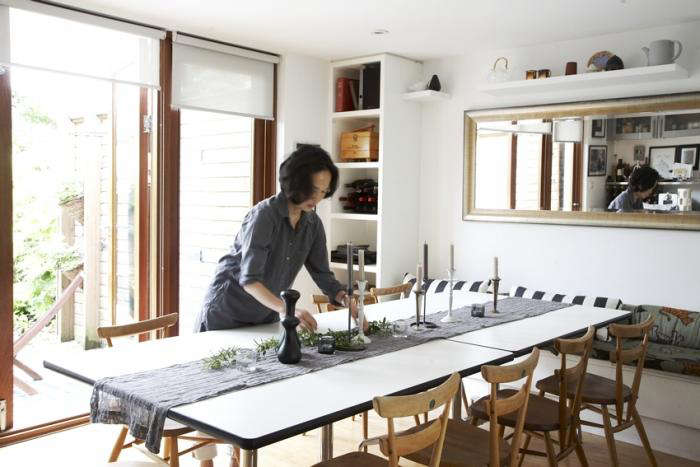 Above: Holding down the fort and setting the table for a family dinner in our London house before renovation. Photo by Kristin Perers.

Now that the planning is finished, it’s time to move onto the next phase. Shopping–fun if you’re doing it together, hard work if you’re not. Technology Gods, are you still listening? I need you!

A Secret Garden in the Middle of Regent's Park in London