Usually secrets don’t stay secret for very long. Which was why I was genuinely worried that my “secret garden” in central London would be gone, ruined, or not secret any more, if I went back after an absence of nine years.

In the early evening last week I headed for the Inner Circle in Regent’s Park, took a right at the Rose Garden, and followed the curved road round past the Park Office. And there it was, an alley with one gate open and one gate closed. At the end of this wisteria-clad tunnel my secret garden was looking more ravishing than ever. 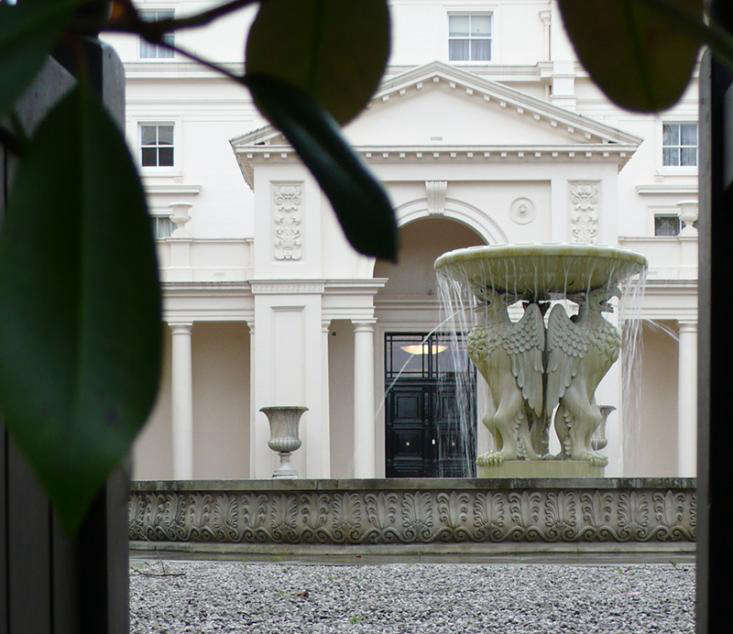 Above: Like a country house park in the middle of town, the garden is overlooked by a large Regency villa. The two are separated however by a line of potted shrubs. This is the view through the shrubs toward the private house, which is owned by the Sultan of Brunei. 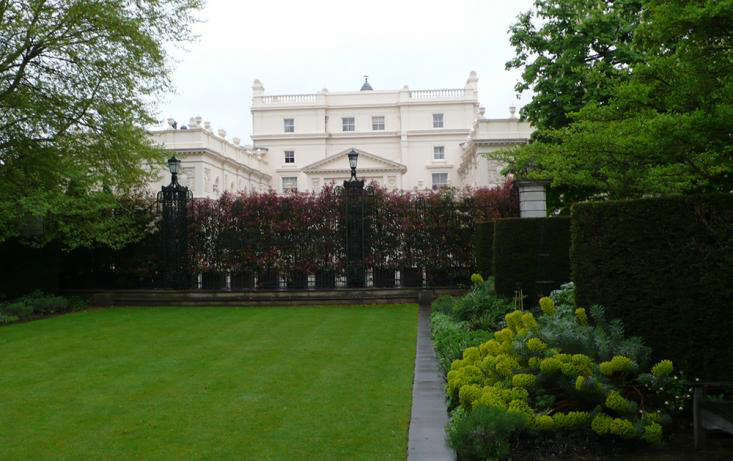 Above: Our business however is the garden, which has been open to the public since 1928. Part of its secret charm may lie in the fact that it was a neglected corner for many years after becoming public. For the 40 years before that it was a designed garden, intended by its owner the Marquess of Bute as a place for “quiet contemplation.” 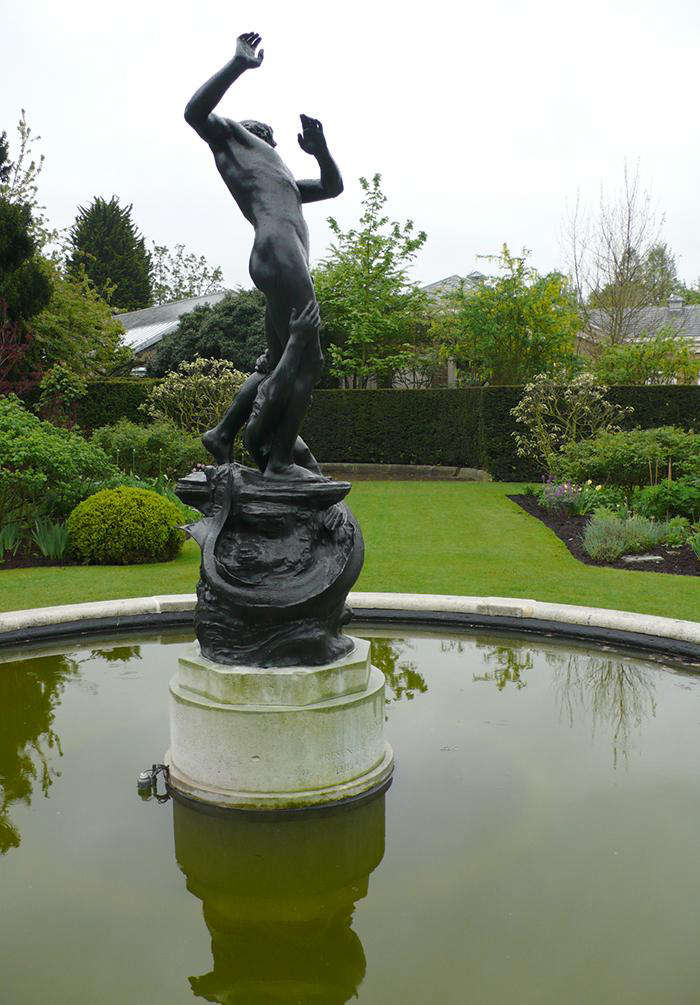 Above: It is still a place of quiet contemplation, partly because no one is around. This is also a glamorous garden, and the attention lavished on it by invisible gardeners (do they work through the night?) sets it apart from the other Royal Parks. 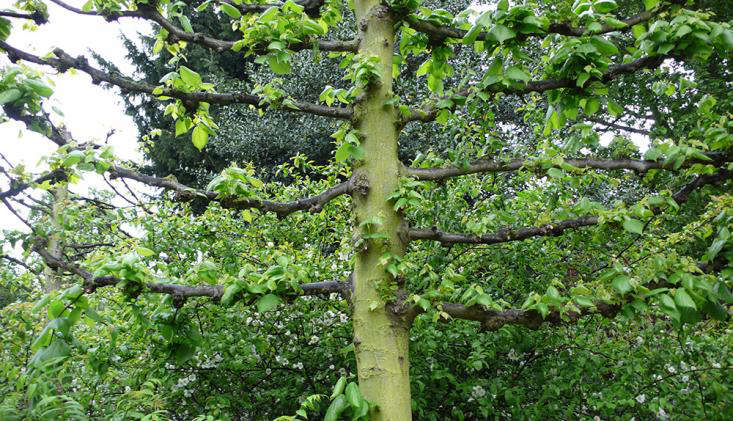 Above: Pleached limes coming into leaf. They are used as enclosures for two smaller, even quieter gardens, satellites to the main pond area.

The floral displays of Regent’s Park are pretty impressive, and it is a highly cultivated public playground. But the St. John’s Lodge Garden (for this is its name) has soil which is richer and darker, and planting which is not intended to withstand the goings-on of the general public. Its planting is more personal than civic. 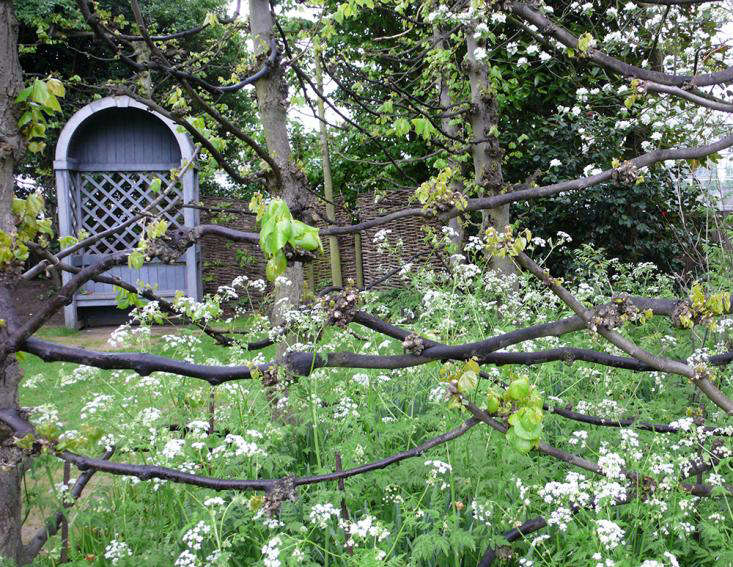 Above: A rustic arbor among the pleaching. At waist height: very informal cow parsley. 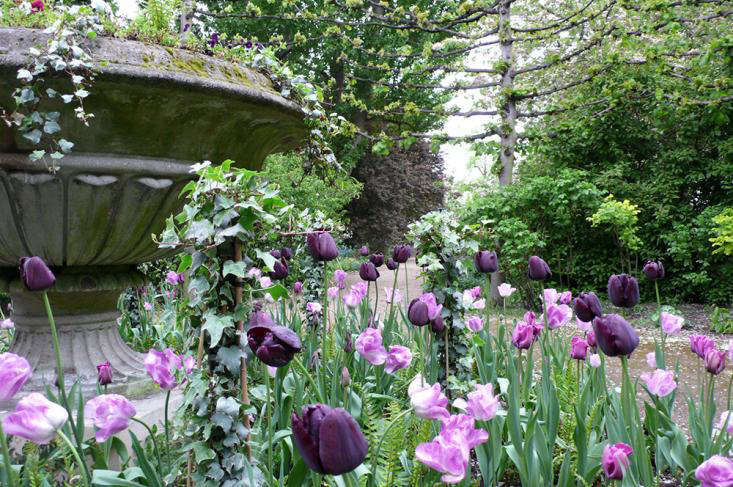 Above: Tulips, a giant urn. These are much in evidence around the avenues of Regent’s Park, but are put together in a different way in the secret garden. 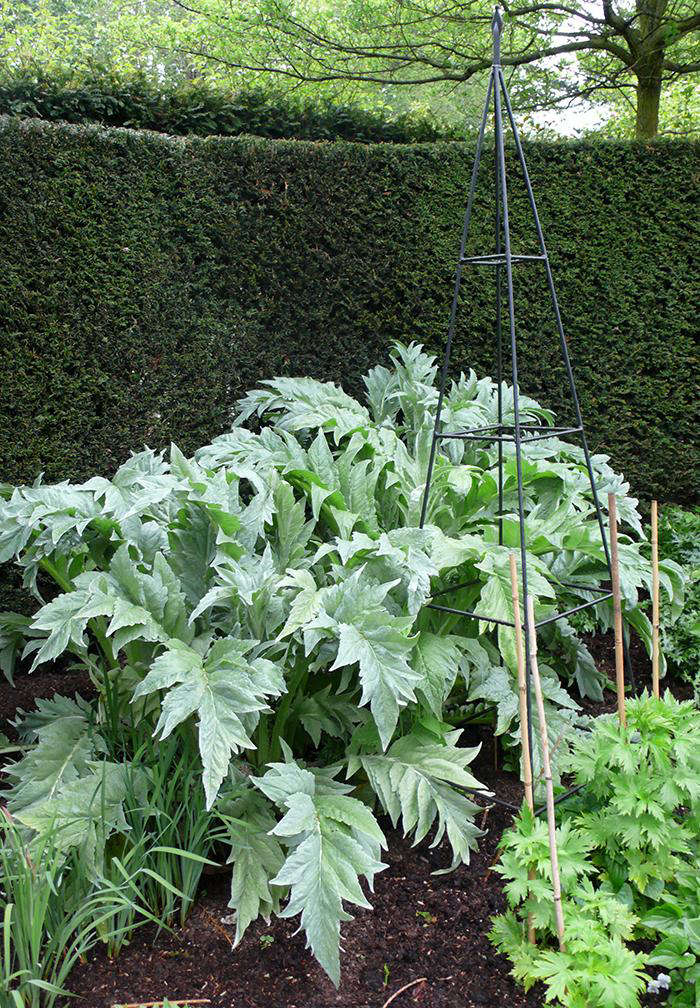 Above: Cardoons and delphiniums preparing to surge outward and upward in the formal borders. More country house style. 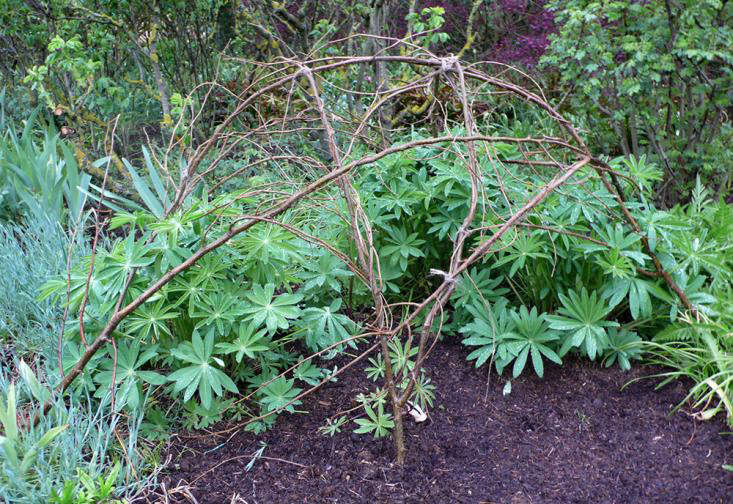 Above: Lupines are also ready to go. Woven willow structures have traveled so far away from the image of yurts and festivals that they are now part of the vernacular of grand gardens. Many also spotted in the highly formalized front gardens along Peto Place, one of the Regency terraces designed by John Nash in the early 1800s, adjacent to Regent’s Park. 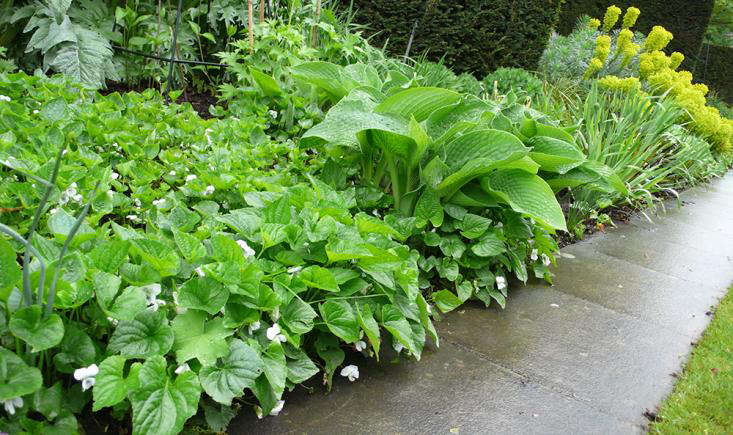 Above: White violets, hostas, and euphorbia enjoy the moisture of an English dusk. 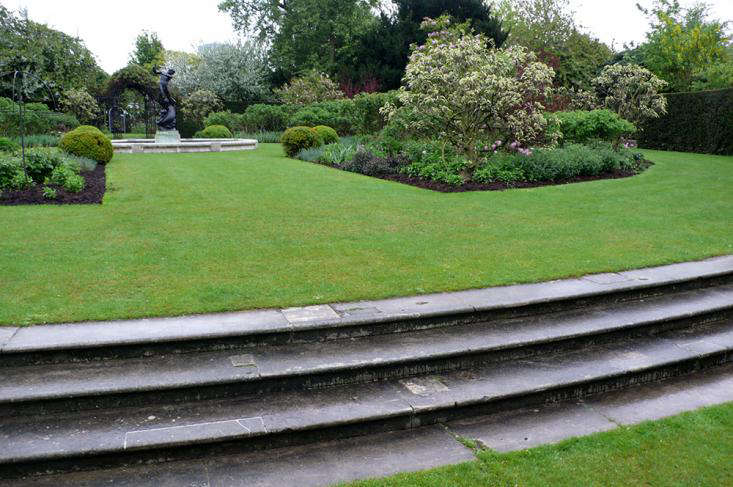 Above:Free glamor for those who seek it, London NW1.

For more of London’s little-known gems, see An Under the Radar Food Market, Beneath London’s Railway Arches.

In collaboration with: Collaborating on a Home Renovation with My Husband, the Time Traveler

In collaboration with: 5 Favorites: Must-Have Modern Designs from Herman Miller