Back in 1947, Sydney Schreiber set out to find new uses for machinery his business had been using to fabricate parts for radios and radar equipment during WWII. Since then, his London company, Kaymet, has specialized in handmaking anodized aluminum trays, trolleys, and hot plates. “The items that emerge from our Bermondsey factory can be found in some really special households, restaurants, and hotels, as well as in plenty of yachts and airplanes,” they say.

Recently, Kaymet, under the leadership of Sydney’s son, Ken, has been “gently expanding the range, carefully tweaking our products.” We’re glad the trolleys roll on. 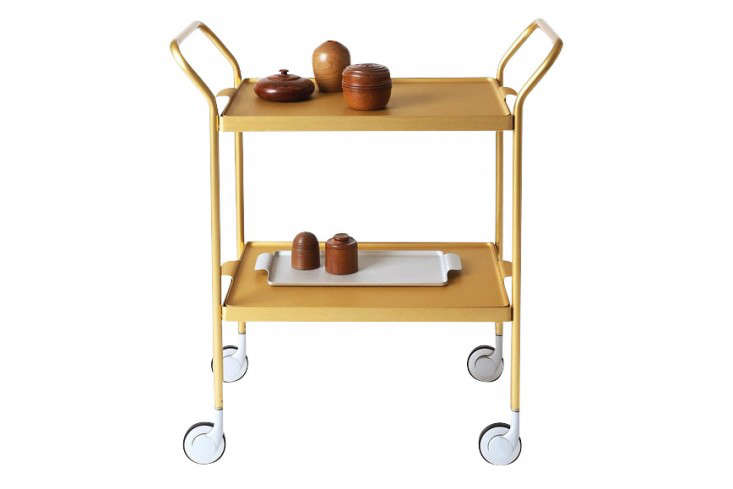 Above:  The anodized aluminum Two-Tier Modern Trolley with removable metal trays is £355 ($548) in gold from Clippings. 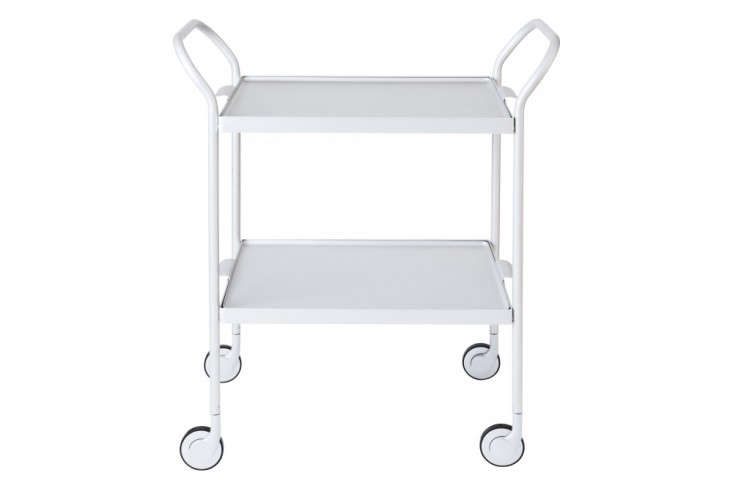 Above: The Two-Tier Modern Trolley is available in several other finishes, including silver; £355 ($548) from Clippings. Kaymet’s frame and trays are al “brushed, formed, and hand-finished before anodizing.” 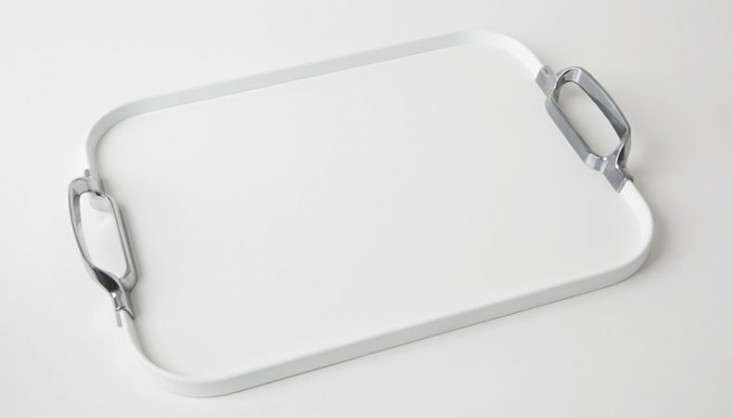 Above: Kaymet offers a range of trays. The Original Tray comes in five sizes and several colors; it’s available to the trade from Haute Living in Chicago. Clippings offers the Original Tray in cobalt blue and silver, starting at £172.50 ($266.29).

For more, including a list of retailers around the world, go to Kaymet.

Another inspired option? Take a look at Design Sleuth: The Airline Bar Cart as Drinks Trolley.

Berdoulat & Breakfast: A B&B in Bath

Trending on Gardenista: Living with Plants