One of the more impressive DIY projects we’ve featured: a built-in desk made from plumbing pipes and wood shelving by Houston-based firm Analog/Dialog.

We’ve been admiring shelving made from plumbing pipes for a while now, every since we spotted them at the Ace Hotel in Palm Springs (we hadn’t seen a version that incorporates a desk until this project, however). The best on-line tutorial for creating something similar comes from Morgan Satterfield of The Brick House; she used different lengths of plumbing pipes (all measuring a half inch in diameter) and three types of fittings, which she spray-painted black. The shelving is made of pine wood planks which were sanded and given a walnut stain. For those intrepid enough to take this on, we refer you to Satterfield’s step-by-step instructions. 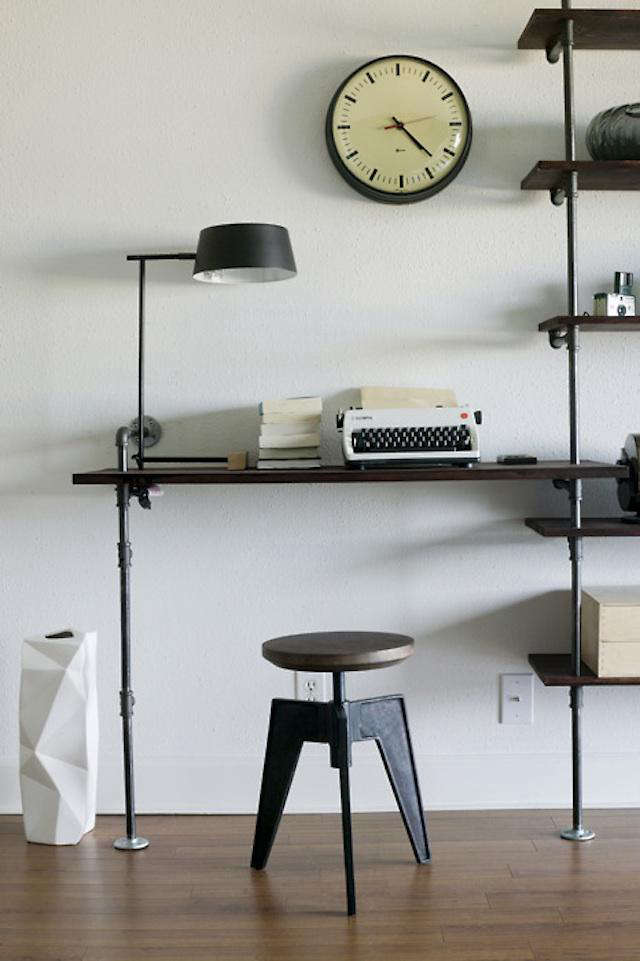 Above: A nice example of the plumbing-fixtures desk by Houston-based firm Analog/Dialog. 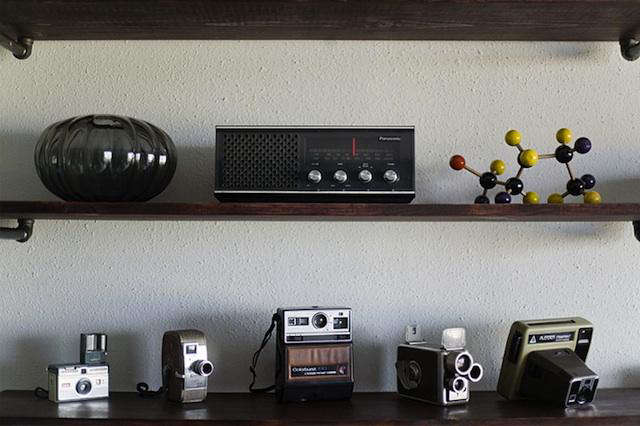 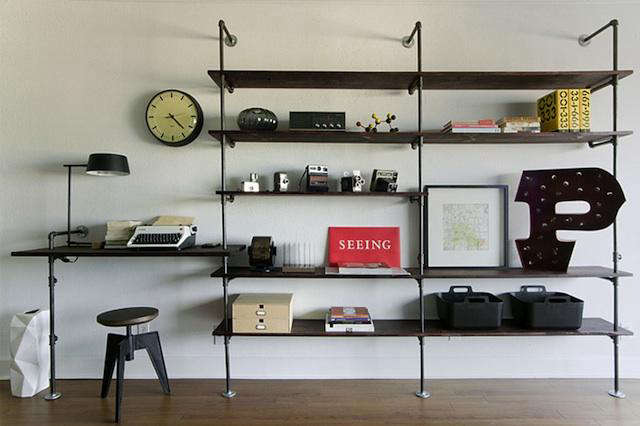 Above: The entire shelving unit, impressive in size and function.