We asked our friend Megan Wilson, proprietess of Ancient Industries, to recommend some English below-stairs products and inspiration.

"The idea of hiding things away in fitted kitchen cabinets is a modern one: before the Great War, the essential items were generally displayed within easy reach. Pots stood on tiered iron racks; plates stood on mounted wooden racks; brushes hung from pegs; teapots stood on dressers. In the big houses, salt, flour, and sugar were ordered in vast quantities and decanted into smaller, clearly labeled ceramic jars. There wasn't the need to hide away plastic brushes and half-used bags of rice because below-stairs design possessed a rather proud utilitarian beauty, which has renewed appeal in our new age of sleek minimalism." 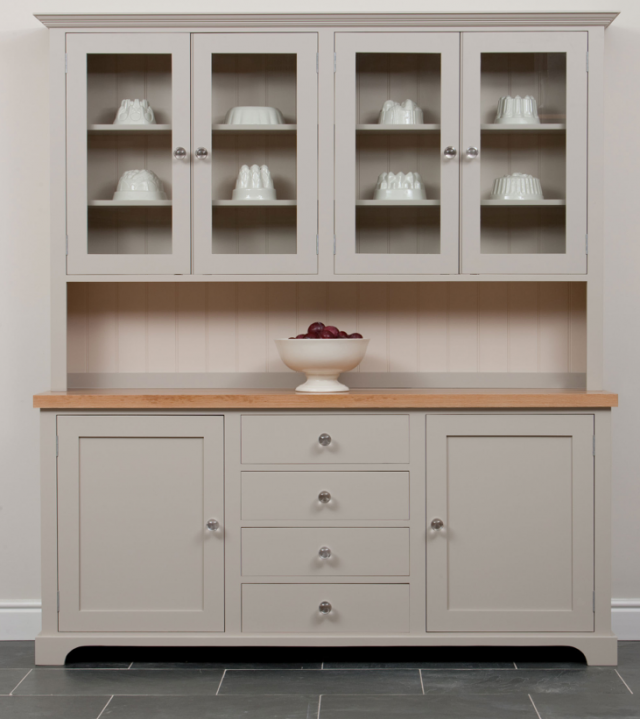 Above: "Dressers were designed to display the cook's kitchen essentials while protecting them from dust," Megan says. The Parsonage Dresser from the Kitchen Dresser is shown painted in plover gray; prices start at £2,610. 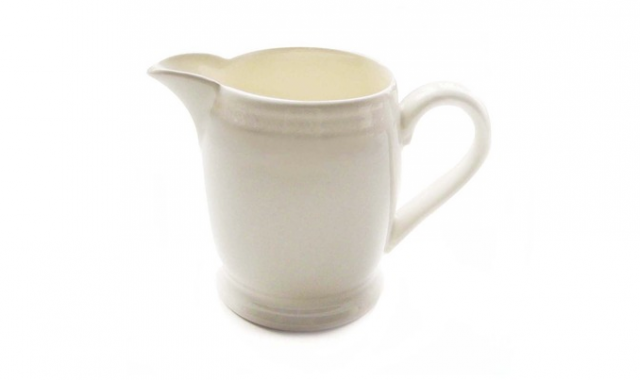 Above: "Made in Yorkshire since the 1750s, Leeds Pottery was just up the road from Highclere Castle, the real Downton Abbey. No wonder then that Daisy served William's dad tea with a Hunslet Jug." The jug is $45 at Ancient Industries. 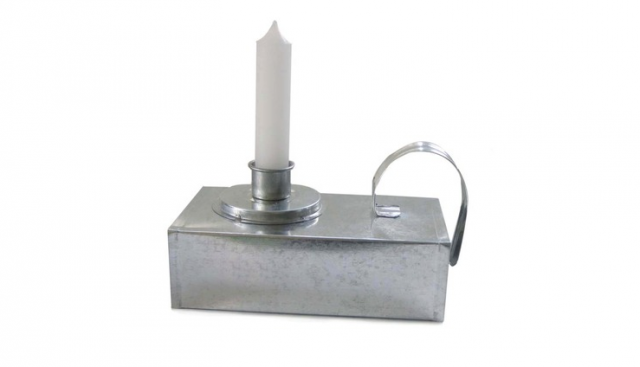 Above: "Electricity was used sparingly in the great houses and the servants often had to use candles to find their way to bed." The Power Cut Kit is a box that holds 10 candles (useful during modern-day blackouts); $30 at Ancient Industries. 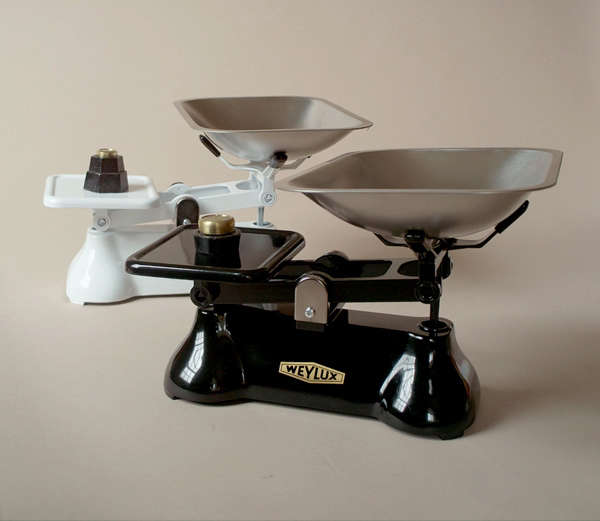 Above: "Weylux Scales, 'the queen of scales,' has been helping domestic cooks achieve the perfect pastry since 1862." Available in metric or imperial units, the scales are £18 to £75 at Objects of Use in the UK. 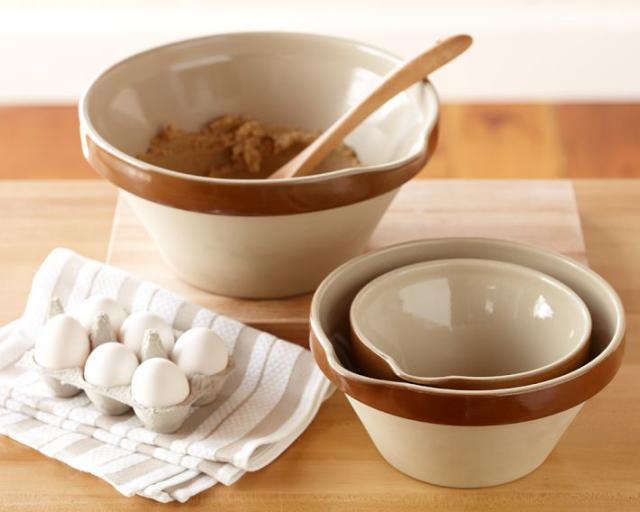 Above: "Salt-glazed stoneware was once ubiquitous in the great British kitchen; these pleasingly simple mixing bowls have been made by the same company for about 150 years." Earthenware Mixing Bowls are $129 at Williams-Sonoma. 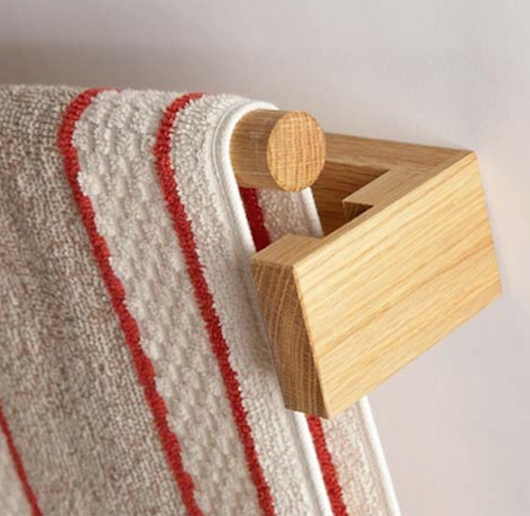 Above: "Still popular in the British kitchen or downstairs loo, this Kitchen Towel ($20 at Ancient Industries) is sewn on a loop, creating a double-length tea towel." 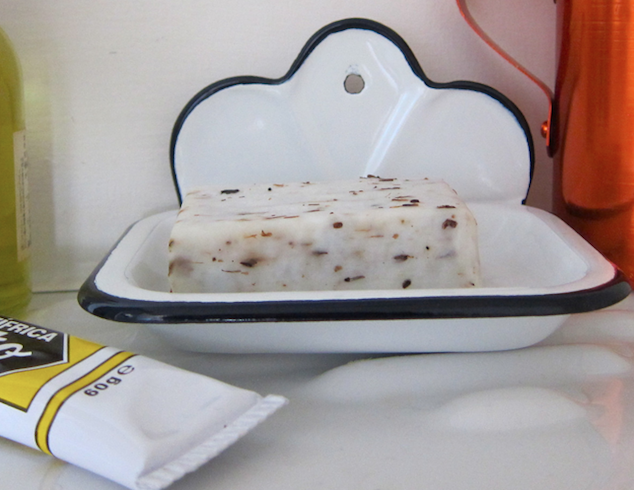 Above: "Unbreakable and affordable, enamelware was a popular material for all manner of uses below-stairs. This Enamel Soap Dish ($35 at Kiosk in New York) has been in production since 1890." 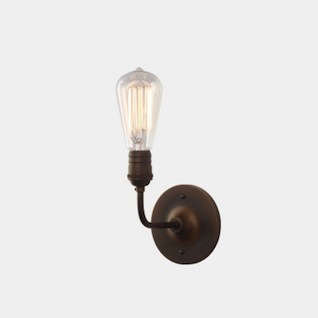 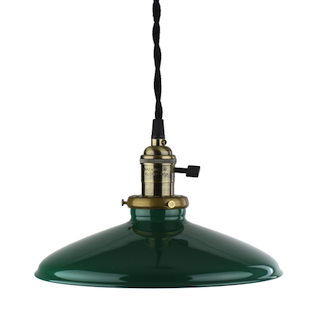 Above: "When electricity was introduced below-stairs, the lighting in the servants' quarters were often made of brass, with enamel lampshades and silk cords." The Satellite Wall Sconce (L) is $119 at Schoolhouse Electric and the Enamel Pendant Light (R) is $149 at Old Faithful Shop.

A Tailor-Made Cafe in Bucharest

The Scandinavian Sleep Secret: Mine and Yours Duvets