Cécile Roederer’s giant online department store Smallable has been called the Net í  Porter for kids. She founded the site in 2008, when she was pregnant with her son, Charles, and she’s been on a roll ever since–in addition to fashion and toys, the store offers a full range of European children’s furnishings, from tepees to teen desks.

How does the doyenne of petite French design herself live? We dropped in on her and her husband, Pierre, and their son in their grand but playful late-19th-century Paris apartment in the Haut Marais.

Photography by Pierre Rochand via Smallable, except where noted. 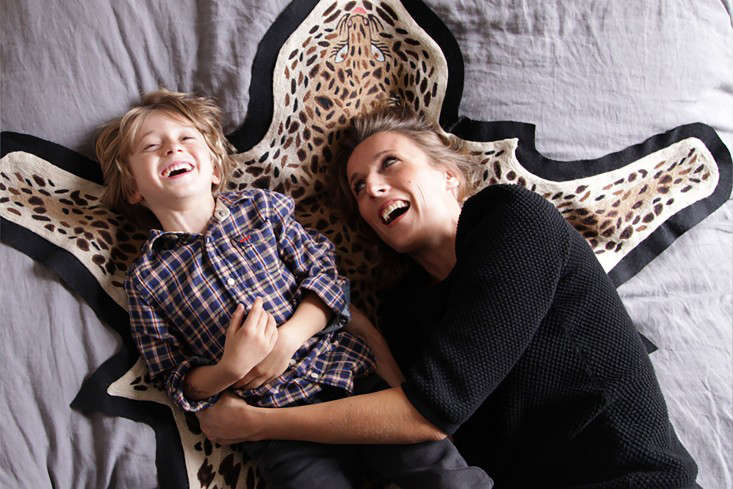 Above: Cécile and Charles on an Indian hand-embroidered leopard throw by Lindell & Co. from India Mahdavi, one of Cécile’s regular shopping haunts for her apartment. (Other favorites: Merci, Caravane, and Sarah Lavoine.) 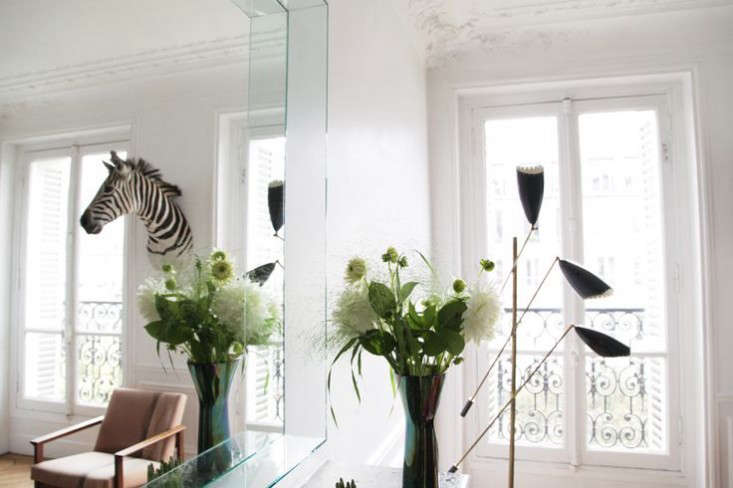 Above: The apartment is in a late-19th-century Haussmannian building with original details intact. “We’ve been living here for over 10 years, so we’ve renovated almost everything at some point, but we haven’t touched the layout or any of the fundamental aspects.” Photograph via Little Years. 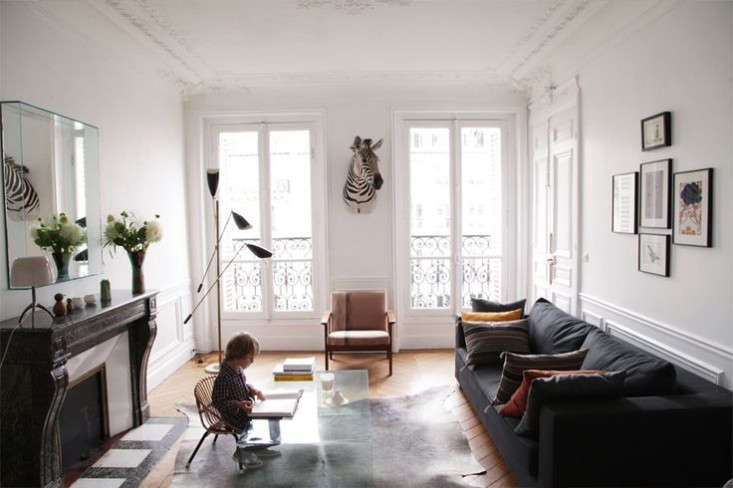 Above: “You don’t need very much to decorate this type of apartment,” Cécile tells us. “The trap, in my opinion, is to overdo the classicism and the Second Empire aspect by adding furniture from the same era. I like to have more contemporary, edgy pieces while keeping a certain sobriety.”

The sofa is a made-in-France Cinna design; the zebra came from Design et Nature, “two steps from the Place de Victoire; it’s less well-known than Deyrolle, but still essential.” Every room has an item or two from Smallable; here it’s the cowskin rug. Photograph via Little Years. 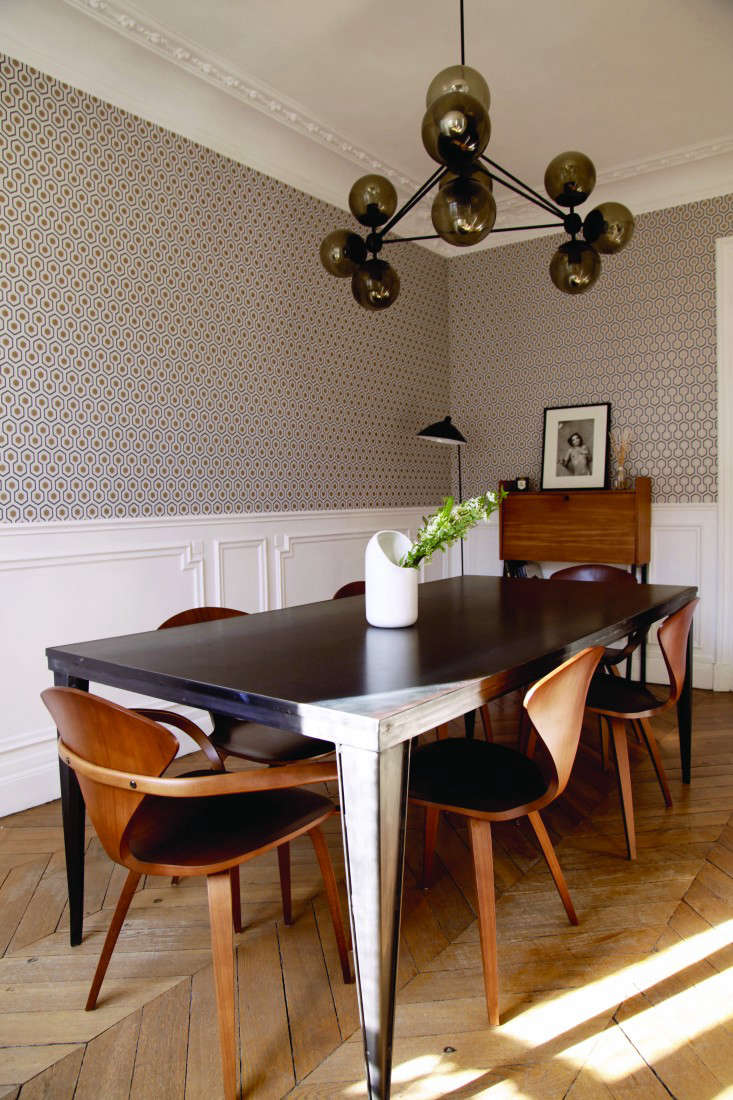 Above: Hicks Hexagon, a David Hicks wallpaper design from Cole & Son, and a Jason Miller Modo Chandelier set a mod tone in the dining room. The table, with an Ioanna Vautrin vase, is surrounded by Cherner chairs. The chevron floors are original “and, incidentally, in need of being restored in certain places,” says Cécile. “They’re very sensitive to light, so we’ve ended up with strong contrasts between the different strips.”

(Go to our parquet post to learn how to spot the difference between Chevron and Herringbone, and take a look at Atelier du Granges’s Geometric Wood Flooring from France.) 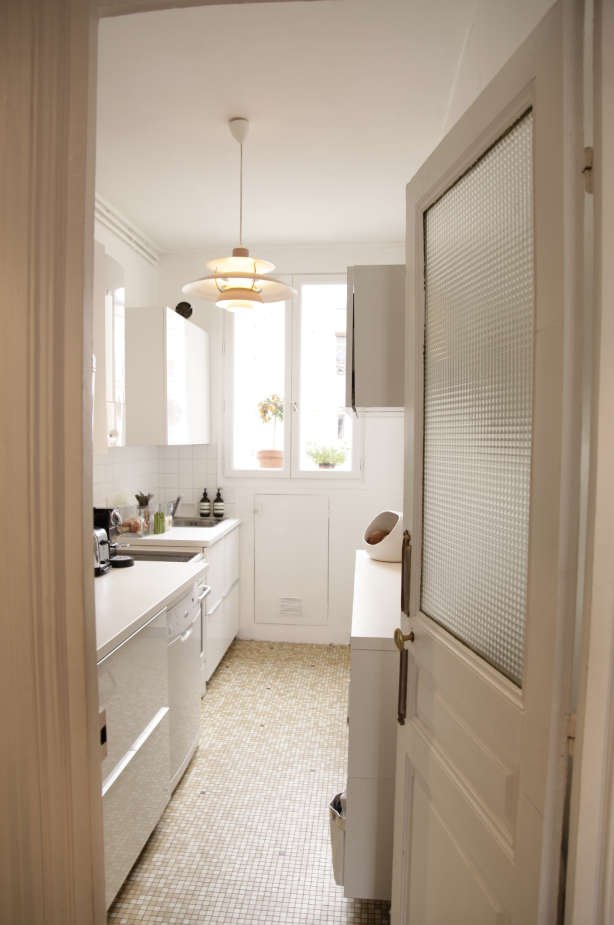 Above: An original glass-paneled door sections off the galley kitchen while allowing in light. 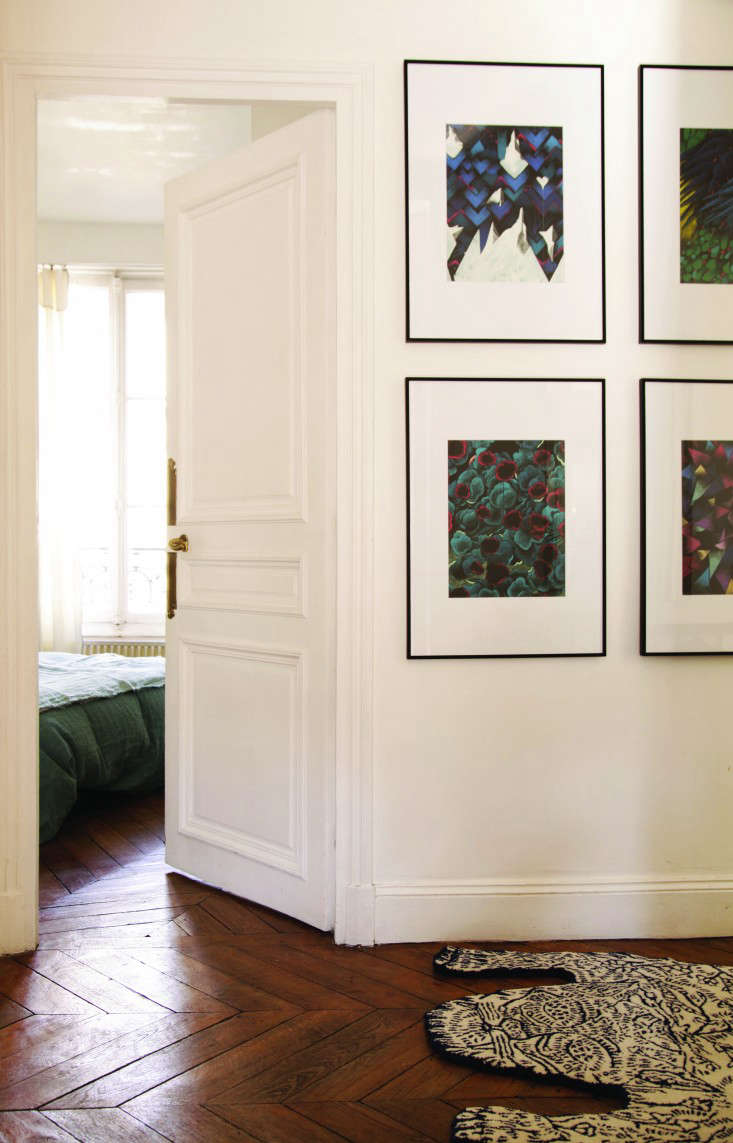 Above: Prints by Julien Colombier hang outside Cécile and Pierre’s room (and hint at the wallpaper to come). The wool Tiger Rug is by Dylan Martorell by Moustache. 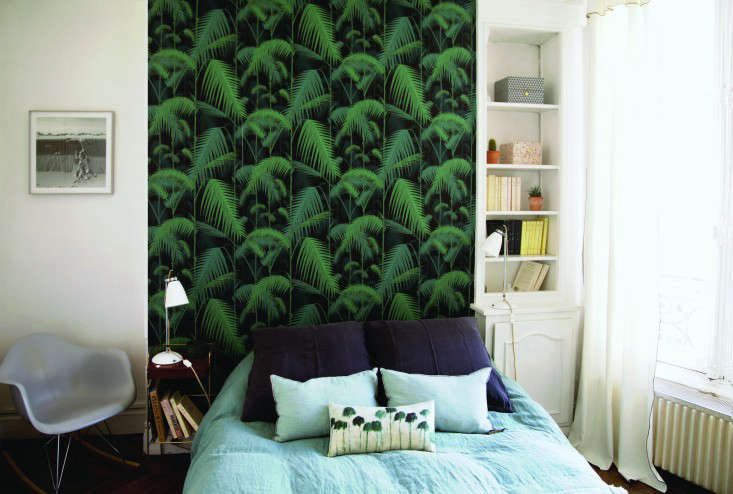 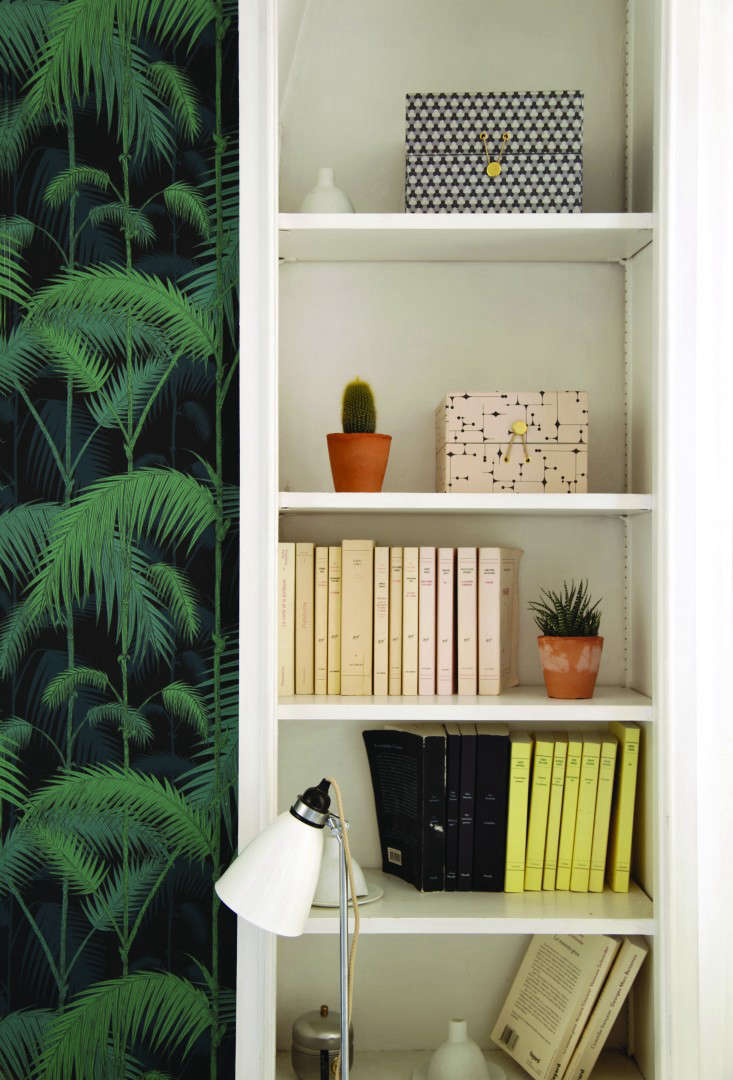 Above: An inset bookcase takes the place of a bedside table. The lights are Original BTC Hector Table Lamps that Cécile brought home from the office. 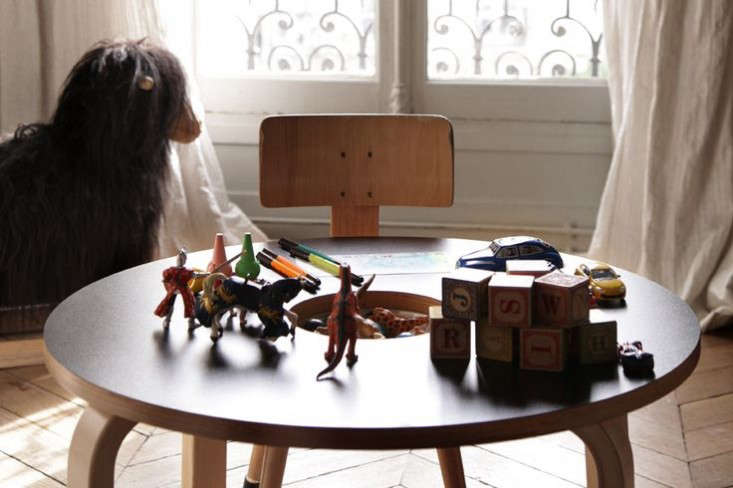 Above: Charles’s room holds a changing array of Smallable’s bestsellers, including Offi’s Woody Table with a chalkboard top and storage recess in the center. Photograph via Little Years. 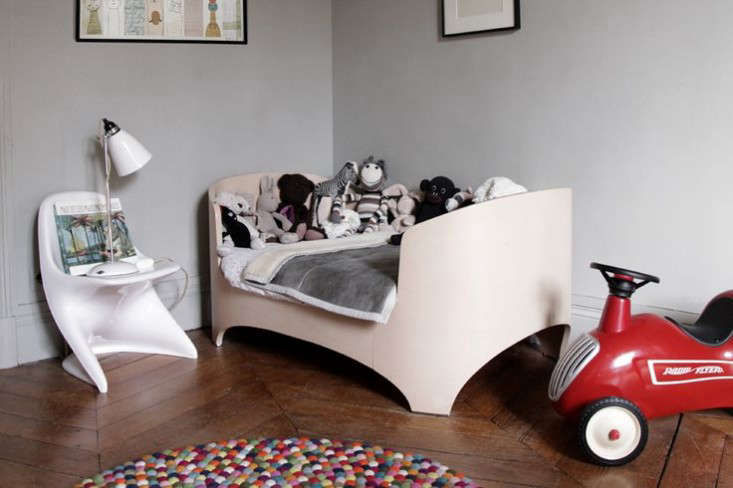 Above: A bed by Leander of Denmark. Cécile is continually expanding her company’s reach. She’s begun offering furniture for the whole family and hopes to make Smallable a familiar name in the US. Photograph via Little Years.

Take a look at another Grand but Understated Paris Flat that we love.

On Gardenista, explore Odorantes, a Parisian Florist Where Flowers Are Arranged by Scent.

Congratulations to Our Finalists: Now It's Time to Vote!

Trending on Gardenista: Before & After Outdoor Projects