Barcelona is the seventh most popular destination in Europe, a fact that filled me with trepidation before I flew there for an eight-day stay last month. I don’t like crowds (I have three children, live in California, and have never been to Disneyland), and I certainly wasn’t going to Barcelona to see the other 7.3 million tourists who descend on the city in a year.

Easy to say, but tricky to pull off. It’s an irony of modern life that the more we travel to exotic destinations, the more generic those places become. If you covered my eyes, spun me in a circle five times, and then pulled off the blindfold in the middle of a random tourist-infested street, I’d be hard pressed to say if I’d arrived on the Promenade des Anglais in Nice…or the ferry landing in Sausalito, California.

To avoid confusing Barcelona with Sausalito, I asked travel expert Teresa Parker of Spanish Journeys, who lived in Barcelona for nearly a decade and arranges culinary tours to Catalonia, to reveal her secrets for seeing the city but not the crowds. And–good news. It turns out her common sense advice will work just as well if you travel to a popular destination other than Barcelona. So if you’re headed to one of Europe’s six even more visited cities, take note: 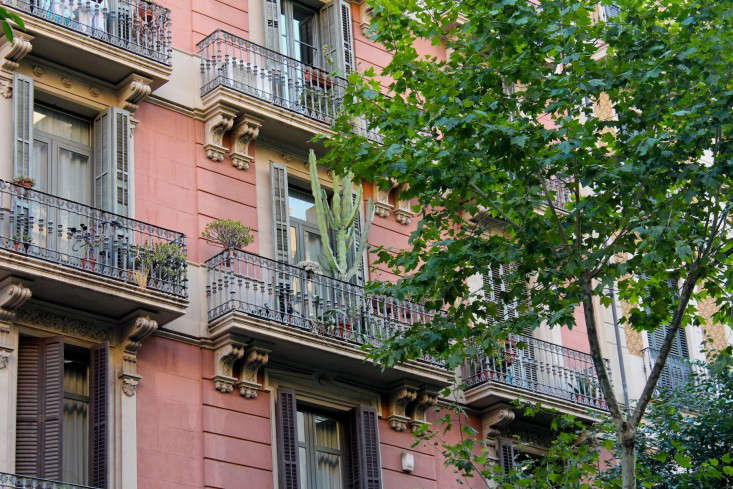 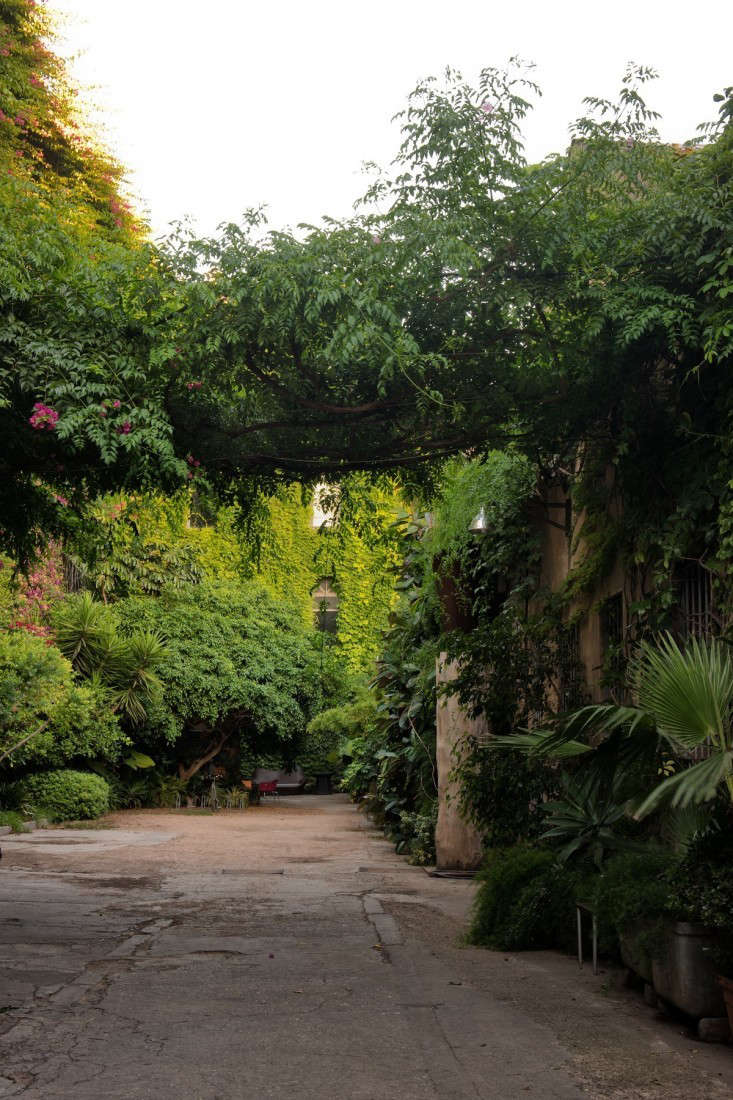 Above: Escape the crowds and take a visit to the lushest, greenest, and most imaginative garden in the city: The Best Secret Garden in Barcelona. 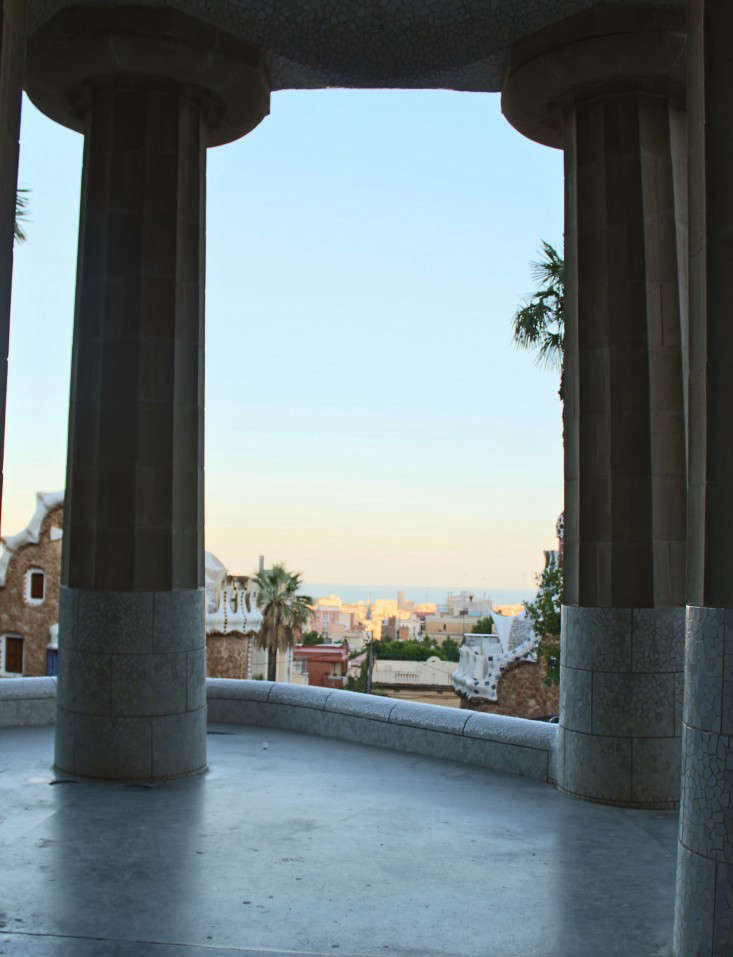 Above: One of the most overcrowded spots in Barcelona is Park Güell, where the fanciful work of Antonio Gaudi (the city’s most famous architect) lures so many tour buses that at peak times of day more than 1,200 visitors arrive in a 15-minute period. But you can avoid most of them; see our upcoming Park Güell post (tomorrow) to learn how. 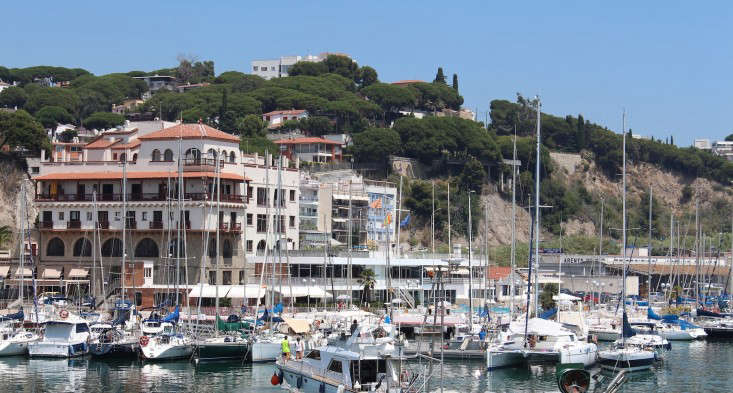 Above: Barcelona’s beaches are so overrun with crowds that we couldn’t even see sand when we walked down there one recent July afternoon. Don’t despair: See our upcoming post (Friday) about where to go to find pristine beaches less than an hour away. 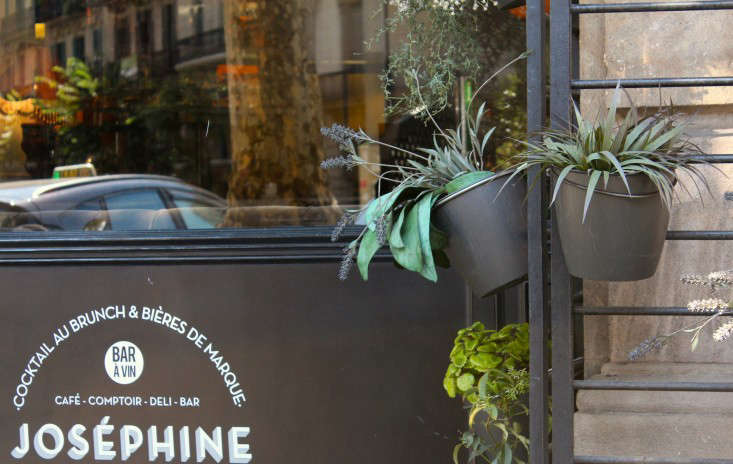 Above: Keep from getting cranky by finding a shady outdoor cafe on a side street–walk a block or two west of the main shopping street Passeig de Grí cia into the Eixample neighborhood to find one–and order a coffee. Or glass of wine.

“The Eixample is a very beautiful 19th century neighborhood, very pretty and with wider streets than the crowded Gothic quarter,” says Parker. 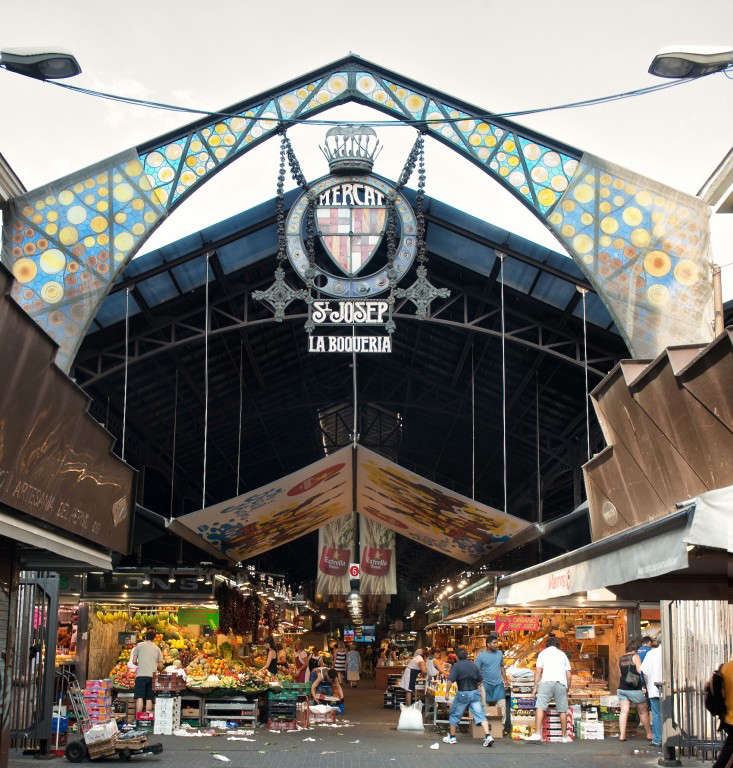 Above: La Boqueria is the biggest and most famous–and most crowded–of Barcelona’s 40 open air food markets. It’s such a fantastic market that you should visit it anyway (along with one or more of the other quieter neighborhood markets), but there’s no reason you have to arrive at the same time tour buses are disgorging passengers at the entrance. We tagged along with one of Barcelona’s best chefs on her daily marketing trip to La Boqueria; see our upcoming post (on Wednesday) for her tips about how to shop there like a local. Photograph by Pancho Tolchinsky.

Planning a trip? As part of our new Travels with an Editor series, all week long we’ll be posting stories about our favorite Gardens, Shops, Lodging, and Restaurants in Barcelona.