Just out of architecture school in 1970, Jürgen Kiehl landed an architect’s dream commission—a summer house on the most remote and exposed tip of Hanko, an island 60 miles south of Norway for a newly wed couple; Kiehl and his wife Kari Holm.

Conceived of as a village, the original house is comprised of distinctive units whose shed-style, single pitched roofs reflect the seminal forms of Sea Ranch, built in the late 1960s on the coast of Northern California. Working with the landscape, the house is built on rocks that are 800 million years old. The kitchen, where everyone comes together, was given prime location at the center of the house, on the highest rock with the best views—the way it should be.

Photography by Pia Ulin via Dwell. 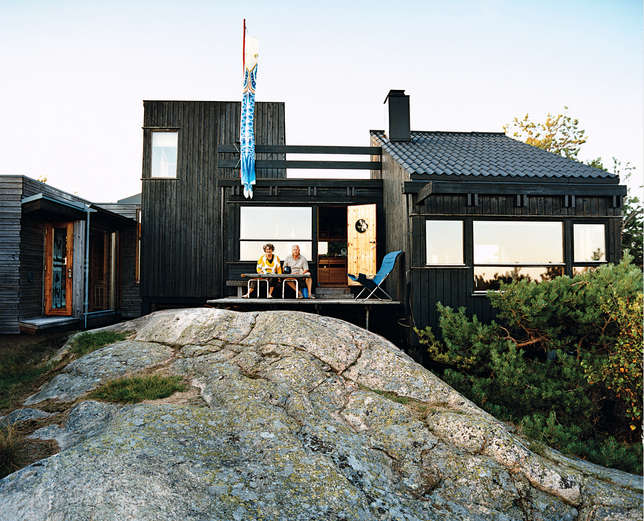 Above: Holm and Kiehl sit on the deck outside the kitchen, enjoying the view from their island outpost. 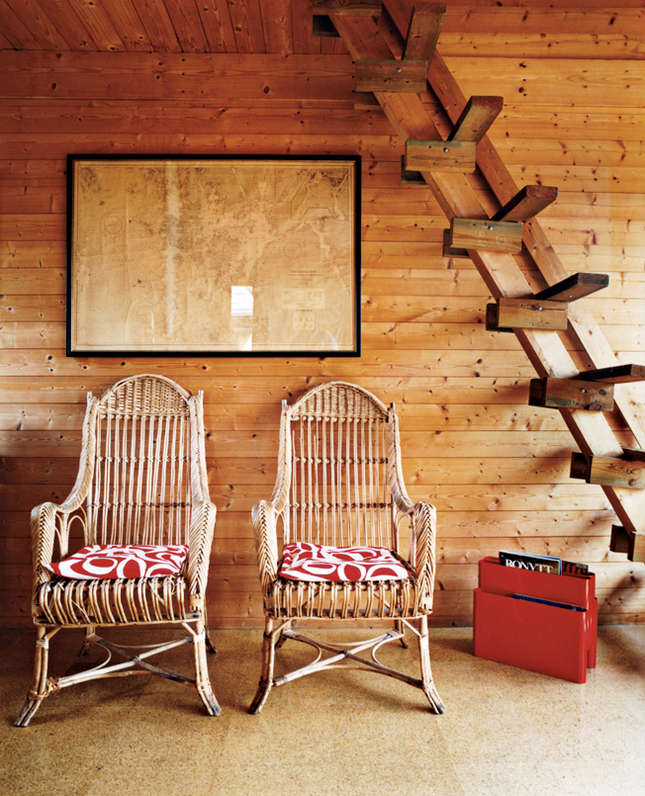 Above: The Beatle's song "Norwegian Wood" refers to the inexpensive pine that was a popular building material in the 1960s and 1970s. A simply detailed stair/ladder leads upstairs to a bedroom. 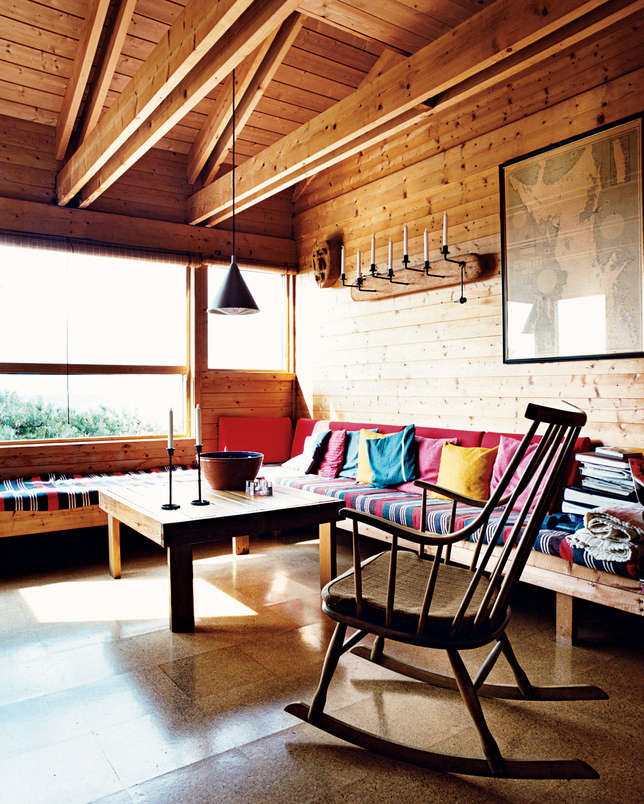 Above: Cork tiles, another popular material of the 1970s, lines the floors. 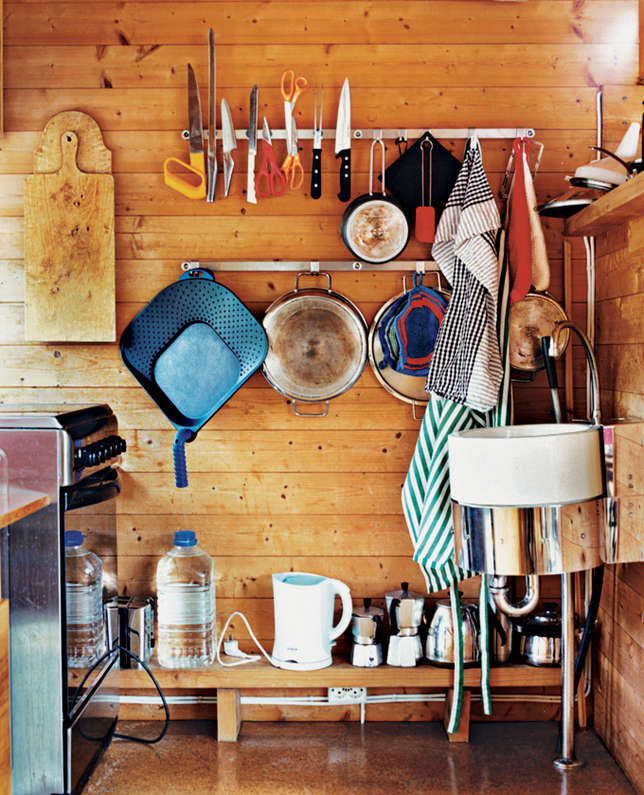 Above: "Norwegians have always returned to the land, and lived primitively part of the year at their cottages," says Kiehl. "But that tradition is in danger. Today, people want comforts. They want the Internet and heated floor tiles." 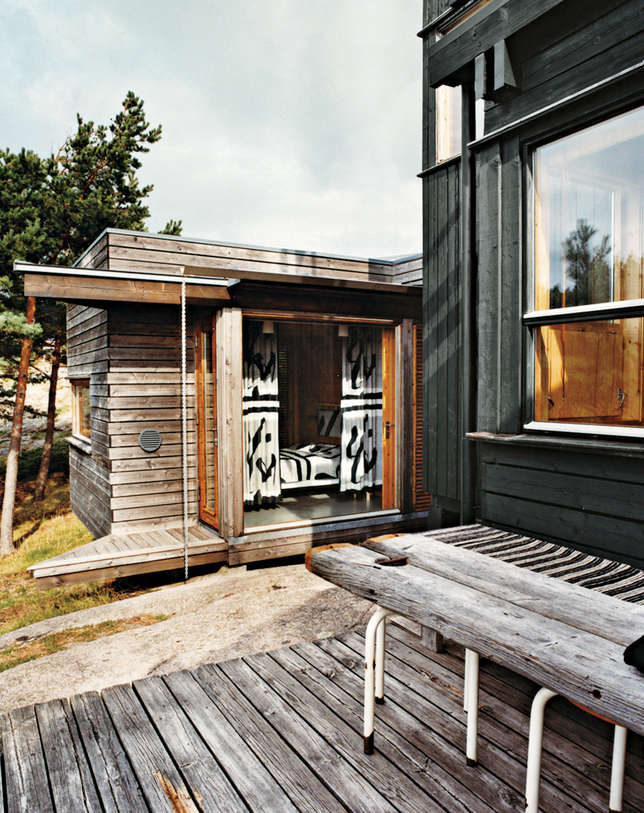 Above: Ten years ago, the couple decided they wanted their master bedroom to be on the first floor; Kiehl built it in the shape of a boat so as not to compete with the original structure. 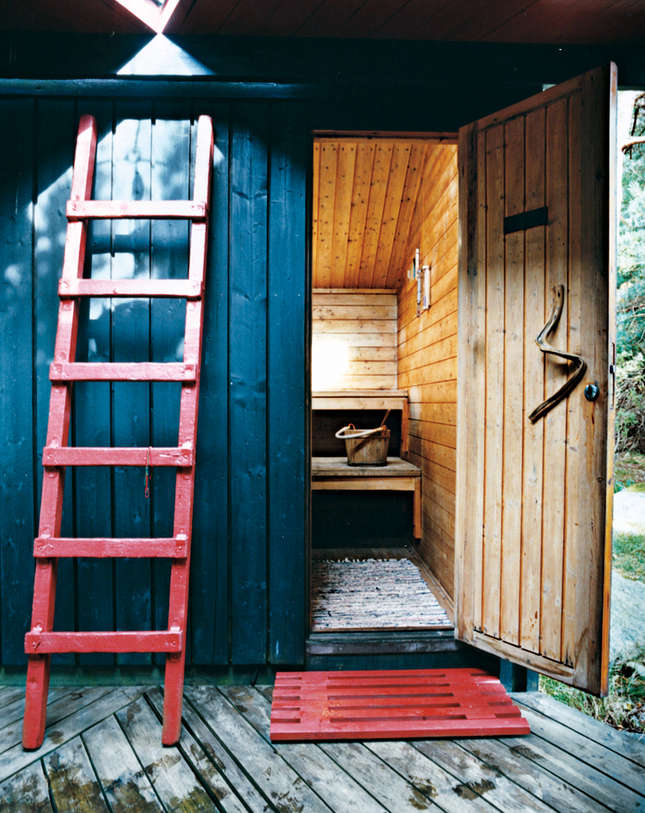 Above: In 1976, Kiehl built three more one-sided shed-like units to add to his house village; a sauna, an office, and a sleeping room. 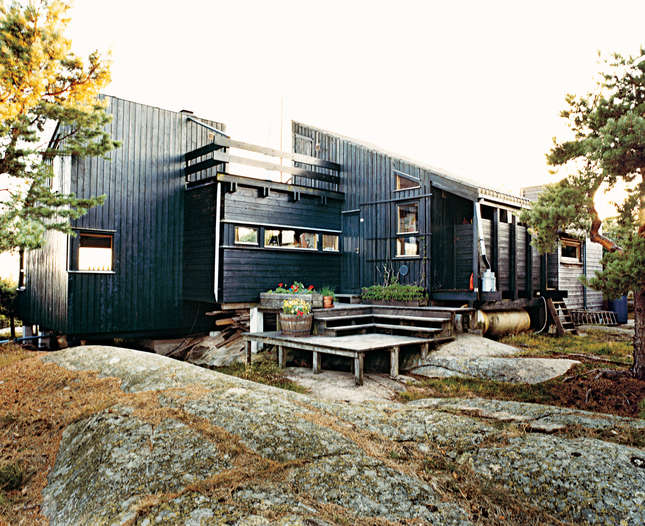 Above: Norwegians like to spend as much time outdoors in the summer as possible (don't forget, their summers are short). Because of the exposure on the tip of the island, Kiehl designed the house so that there would always be shelter from the wind. For every indoor space, there is a corresponding outdoor space ensuring that the house receives sunlight throughout the course of the day. 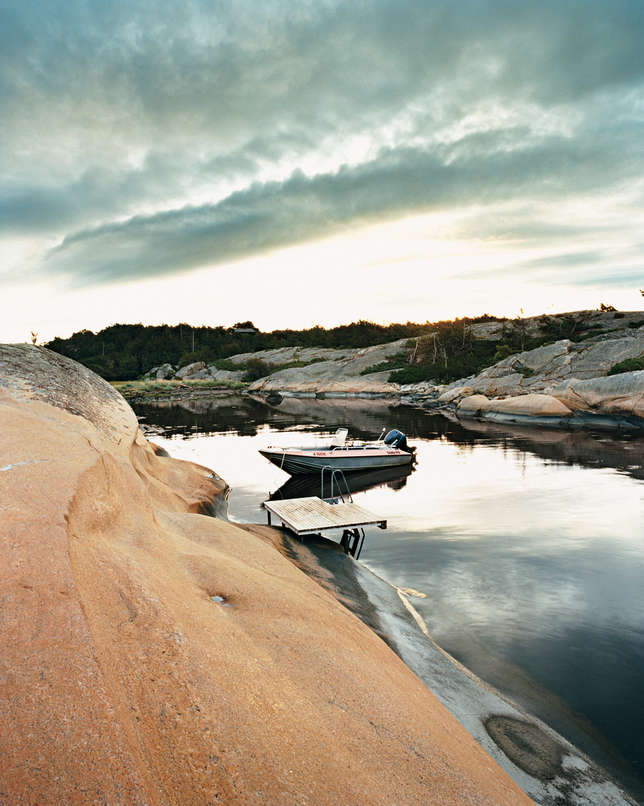 Above: The surrounding prehistoric Norwegian landscape is one the couple knows well. They navigate their way down to their boat dock by heart, even in the dark.

Branch as Storage Rack from Terrain

A Fairy Tale Inn in Denmark

9 Ideas to Steal from the Scandi Summerhouse

A Modern Spa Retreat in Norway