Located in the 1930s-era Tea Building in Shoreditch, East London, Lyle’s is the first solo venture of James Lowe, a founding member of the Young Turks band of roving chefs that won the Observer Food Award in 2012. Lowe cooked at La Trompette and the Fat Duck before becoming head chef at St. John Bread & Wine. According to B3 Designers, “Our goal was to create a restaurant interior that reflected the era of the Tea Building, which was once owned by the Lipton brand, with a strong reference to British manufacturing and industrial design from the mid 20th century.” For more information, go to Lyle’s. 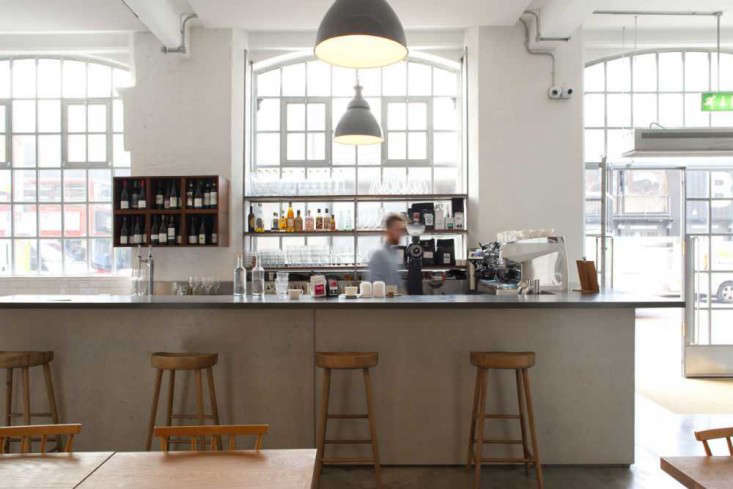 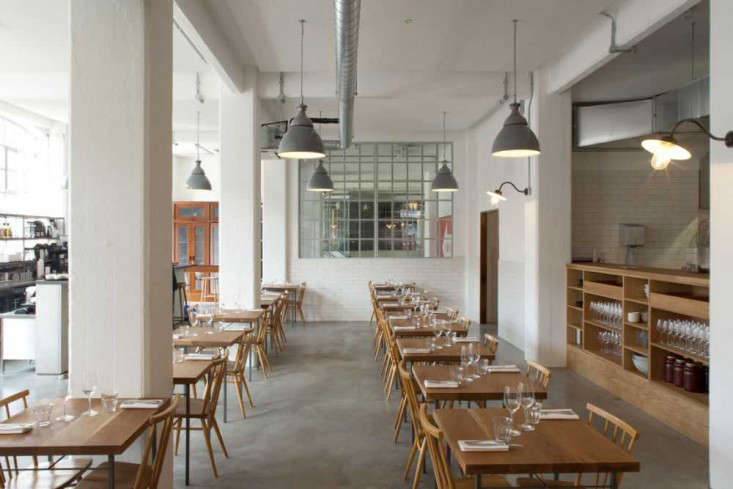 Above: The floor is poured natural concrete; an internal factory window lets in more light. 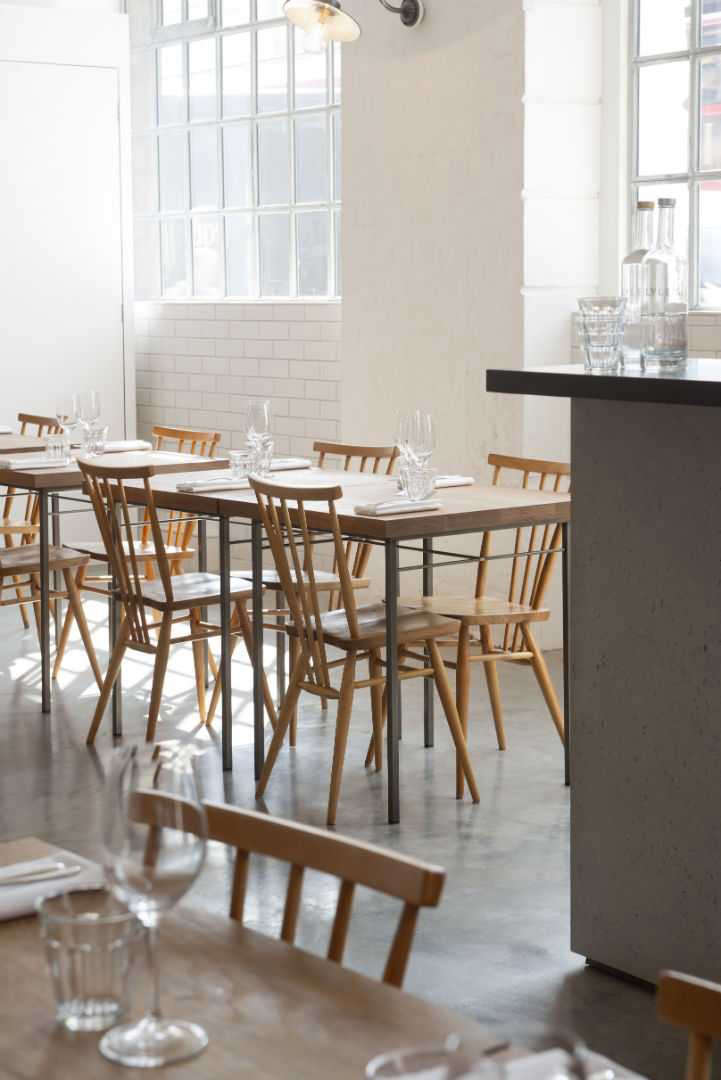 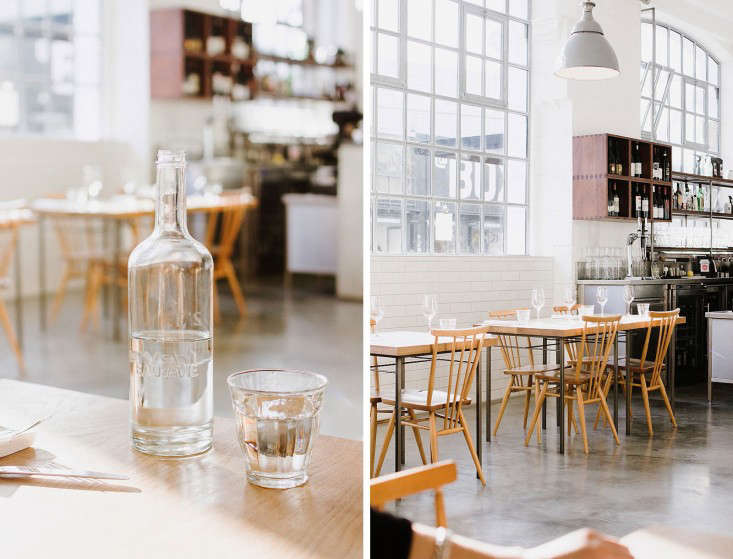 Above: Details are simple; repurposed wine bottles as water carafes, for instance. Photographs via Rue Rodier. 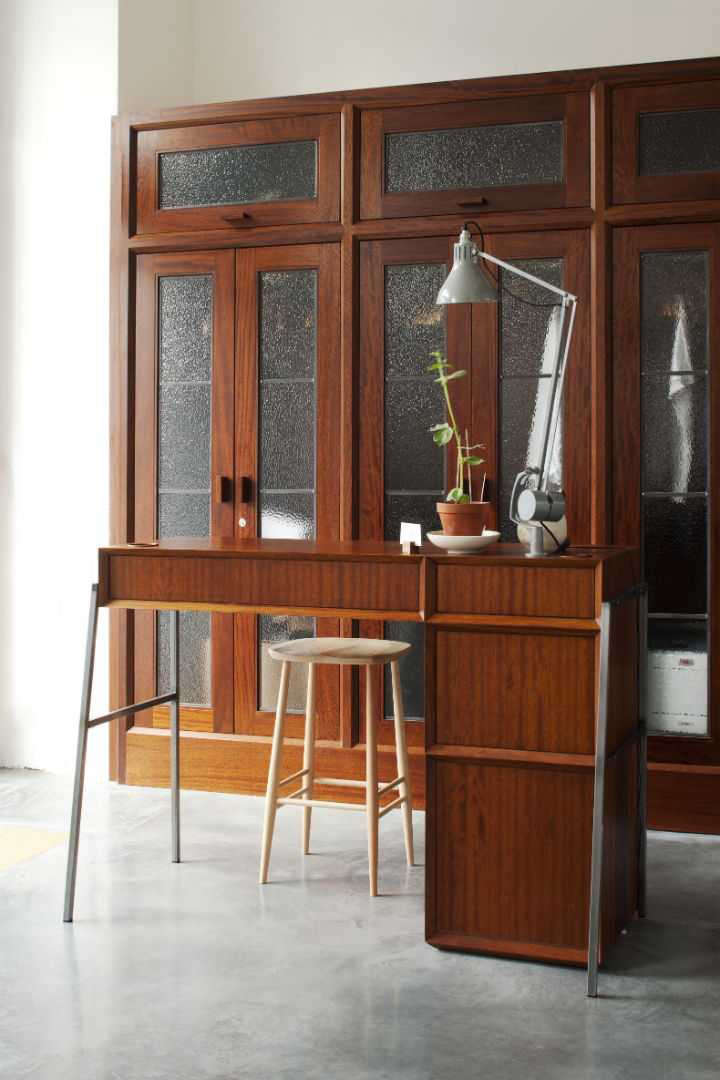 Above: The concierge desk is fashioned from Iroko wood, in contrast to the waxed oak used elsewhere in the interiors. 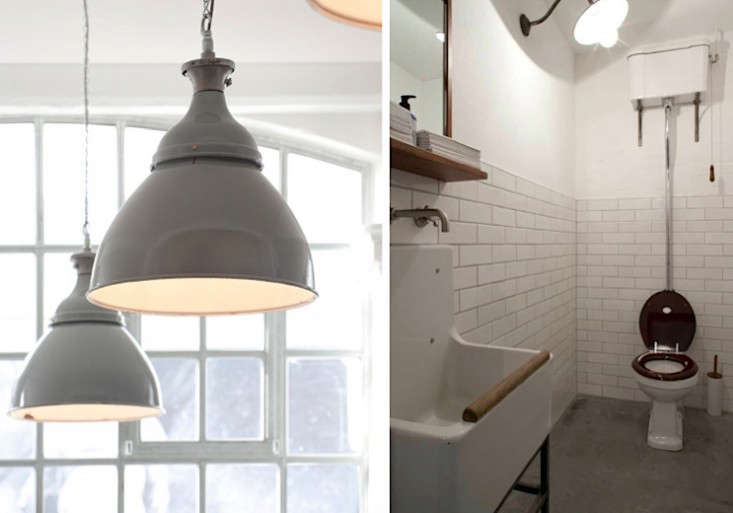 Above L: The factory lights were reclaimed from an aerospace factory in Coventry. Above R: The bathroom has a pleasingly retro look.

Browse our favorite dining establishments in our Restaurant Visit section, and check out Silo in Brighton: A Zero-Waste Restaurant for the Future.

In collaboration with: Enter to Win: Eurocube Faucet Giveaway from Grohe