If one day you find yourself in the ÄŒeská Lípa district of the Czech Republic, look for a pine forest. And a calm, dark lake shaped like an "S." On its grassy shore sits the Black Teahouse.

Built for a family that wanted a peaceful, contemplative spot on the southern edge of a garden, the teahouse, completed last year, is actually the third variation of an unostentatious style that architects David Maštálka and Lenka KÅ™emenová developed after they traveled together to Japan while still students at Prague's Academy of Art, Architecture and Design. In Japan, they drank tea in traditional chashitsu and were intrigued by the challenge of how to update the rustic vernacular to create what KÅ™emenová describes as a modern "micro-space, beautiful and cozy and comfortable to stay in for hours." 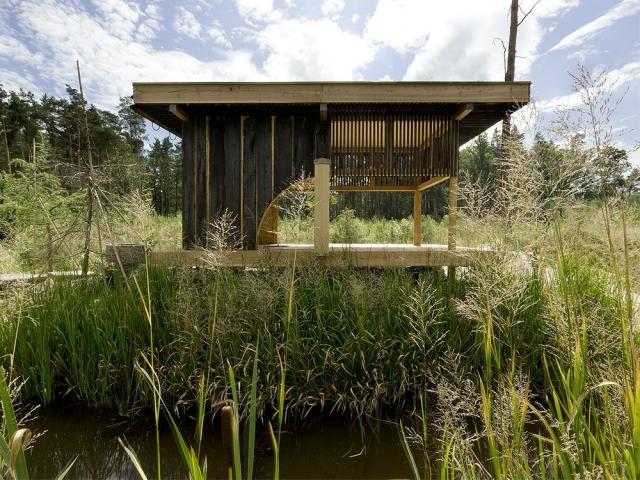 Above: A terrace enlarges the space visually. "This is something we learned from our original teahouse, which is even more tiny, and which David built in our own garden while we were still at university," KÅ™emenová said. 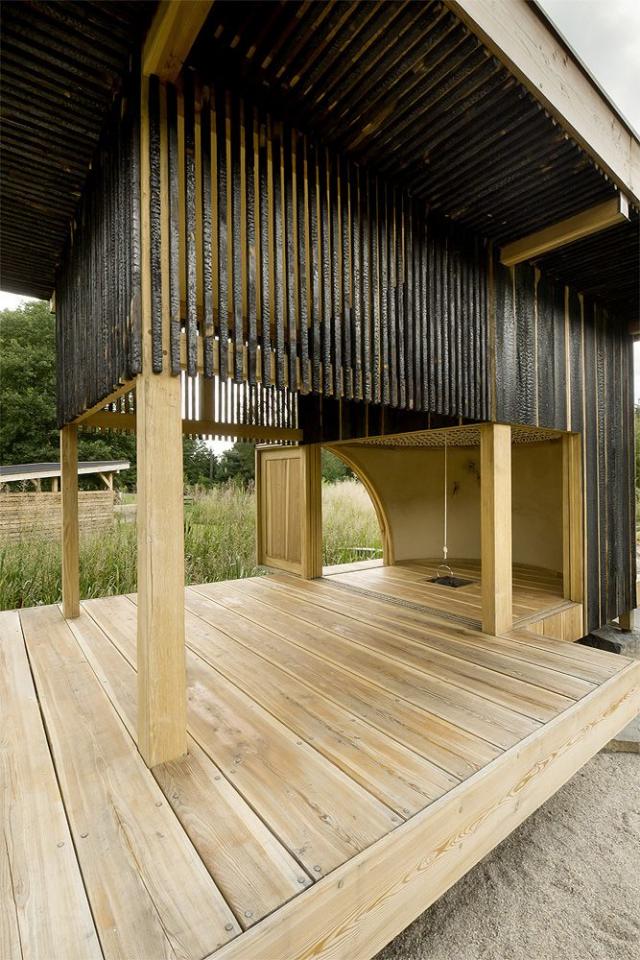 Above: Large sliding doors, reminiscent of traditional Japanese paper shoji, can be adjusted to frame a personalized view of the distant pines. 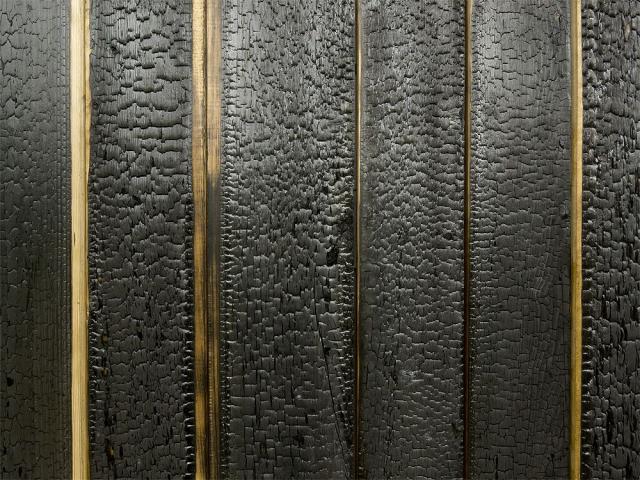 Above: The larch cladding has been charred, a traditional Japanese method of preserving timber without the use of chemicals. 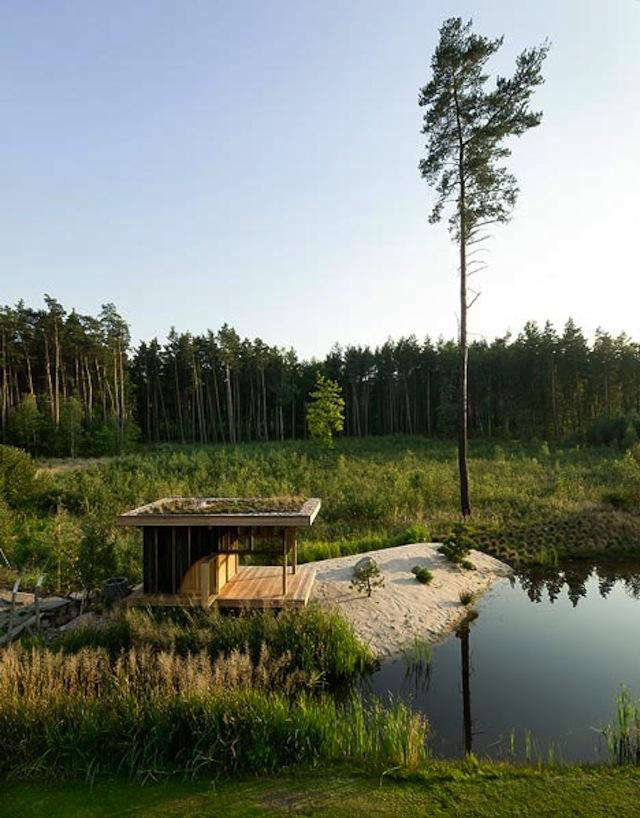 Above: In Japan, an ascetic might seek refuge in a simple grass hut; here, the grassy roof is a reminder of the Black Teahouse's intent to blend in with the natural landscape. 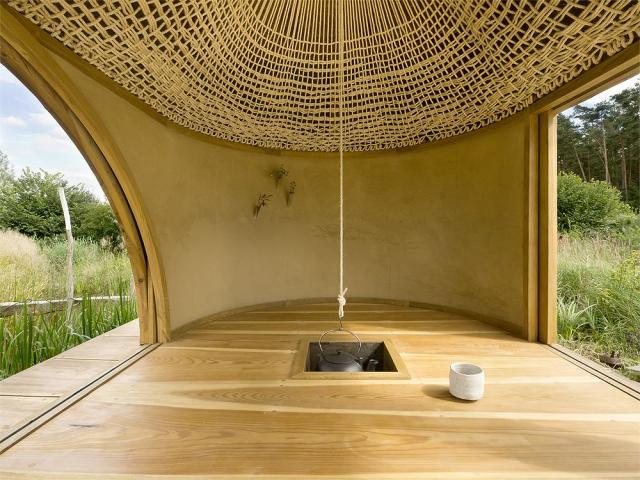 Above: A woven dome of sisal covers the ceiling; a teapot is suspended from knotted rope. 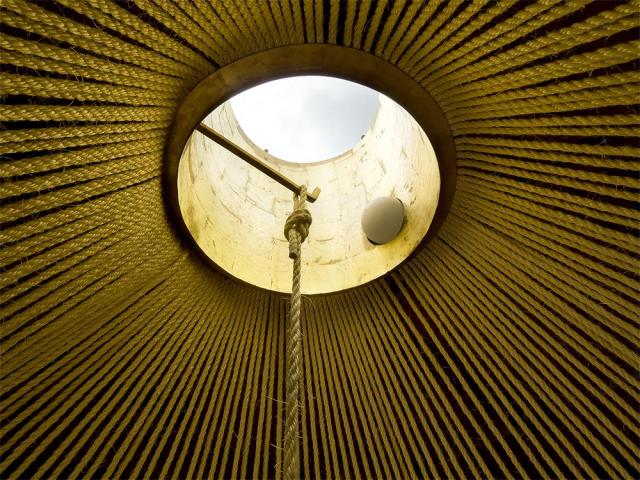 Above: As in the architects' Hat Teahouse, a central skylight invites in light. "In Japanese architecture, there are almost no circular spaces," KÅ™emenová said. "But we found that adding rounded spaces really makes a small space feel endless." 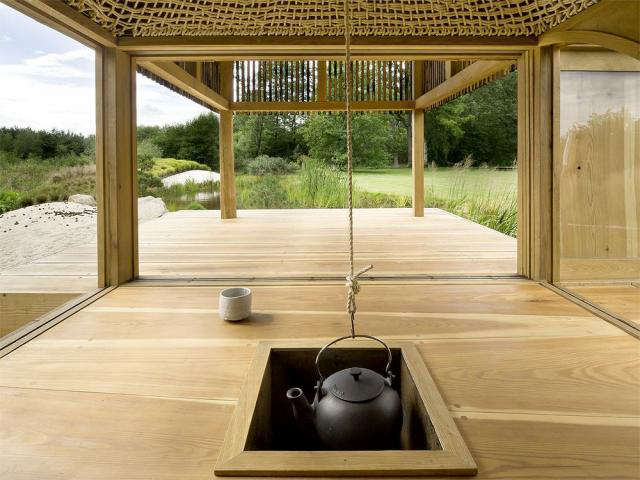 Above: "When you don't see a person in the picture, it confuses the scale and you would assume it's a big room," KÅ™emenová said. Actually, you can seat four people. 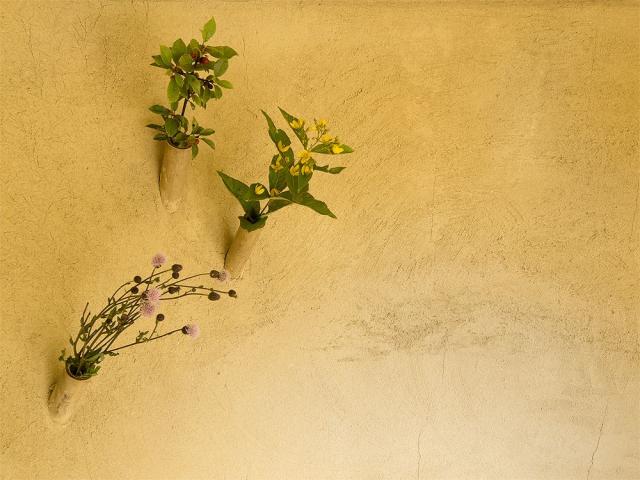 Above: Three bamboo vases are an homage to tokonoma, a niche to display calligraphy or flowers. 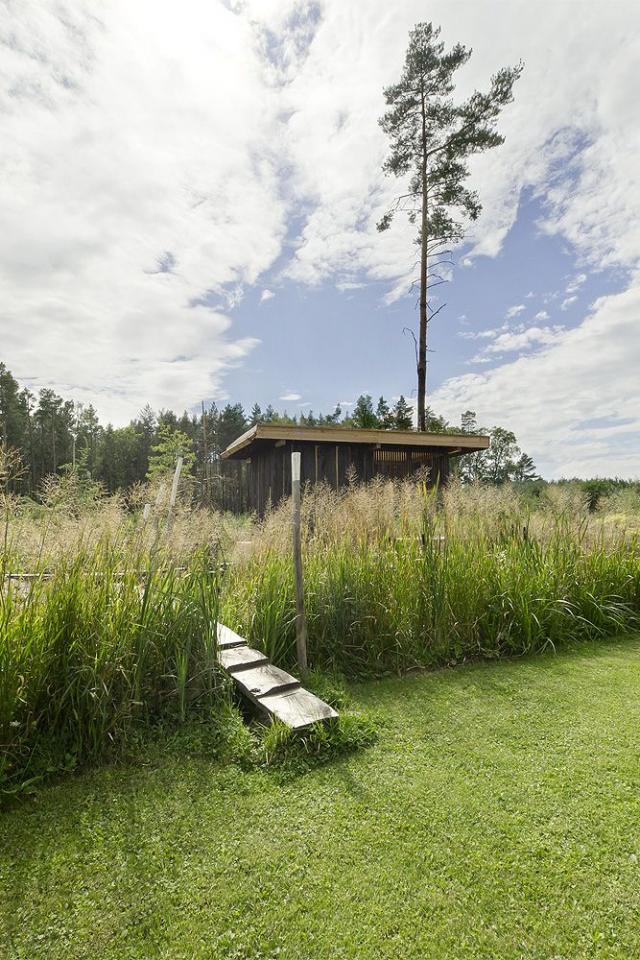 Above: High grasses along the lake's bank buffer the Black Teahouse from less meditative elements of the outside world.

To Wear, To Dwell, To Eat