Australia is the driest inhabited continent, a fact that might scare off some gardeners. Not David Glenn.

Two decades ago Glenn, a nurseryman from England for whom the word "garden" conjured images of the herbaceous perennial borders of his childhood, moved with his wife, still-life painter Criss Canning, to a windswept plain two hours away from Melbourne. Their original hope was for a modest garden, based on Glenn's knowledge of plants and Canning's design skills. Then they bought several acres of land—in a drought-plagued region—and a 19th century farmhouse with a 130-foot-long driveway. Says Glenn: "A modest garden wasn't possible."

Nowadays, Lambley Nursery and its spectacular dry gardens—which get watered deeply no more than four times a year—are open to the public every day. Visitors see hundreds of varieties of flowers, vegetables, fruit trees, and other unusual plants imported from climates with hot dry summers and relatively cold winters. (Glenn's plants thrive in a climate where annual temperatures range from a high of 115 degrees F. to a low of 20 degrees F.) "I do grow some Australian native plants, but I don't like the rather intolerant horticultural chauvinism that has become popular," he says. "I choose plants because of their beauty, and because I want to make a beautiful garden. I don't want to make a political statement."

Photographs by Iza Bartosiewicz, except where noted. 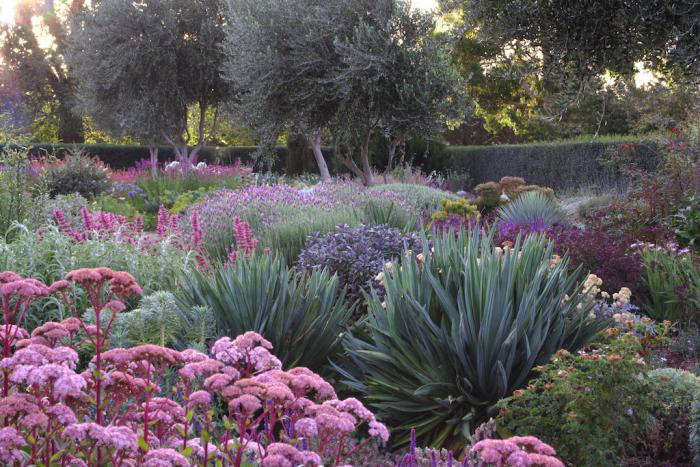 Above: The dry gardens at Lambley are planted in large swaths of complementary colors and textures. Image via Lambley Nursery.

(N.B.: Want to see more of our favorite photos? See what we're pinning and then follow us on Pinterest here.) 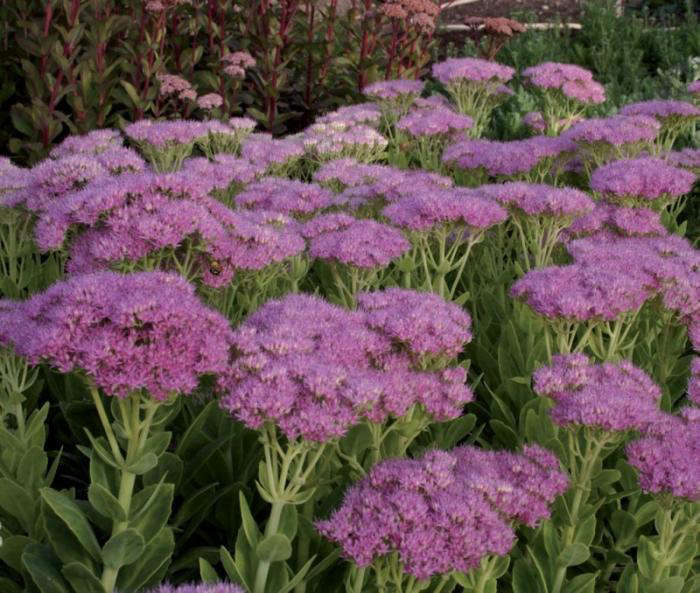 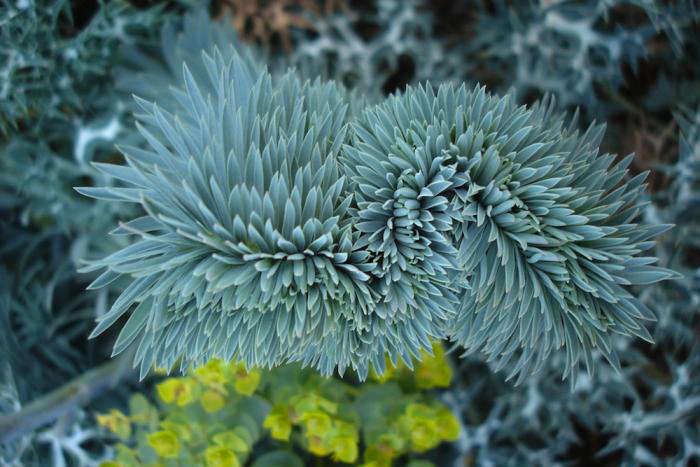 Above: "Vita Sackville-West once wrote that she didn't want her garden to be an infirmary for ailing plants," says Glenn. "I agree with her, and I'm ruthless. If they don't grow and flower well, they are replaced by others that will." 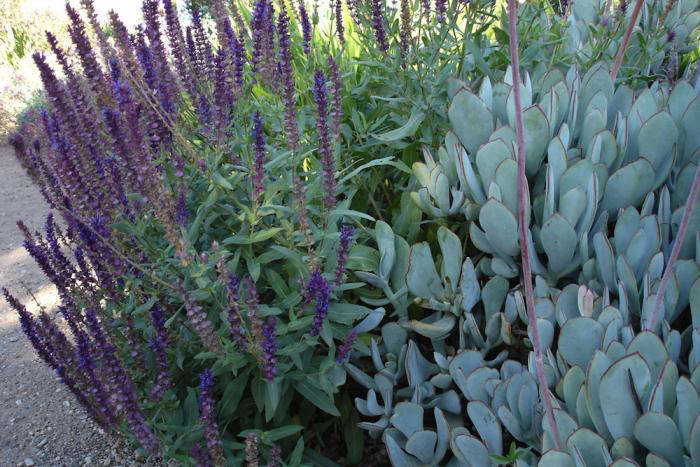 Above: Salvia nemorosa 'Caradonna' (L) gets cut down to the ground in winter; it's $9 for gardeners who live in Australia. Cotyledon orbiculata 'Tall Flowered Form' (R) has powdery gray leaves with maroon edges. 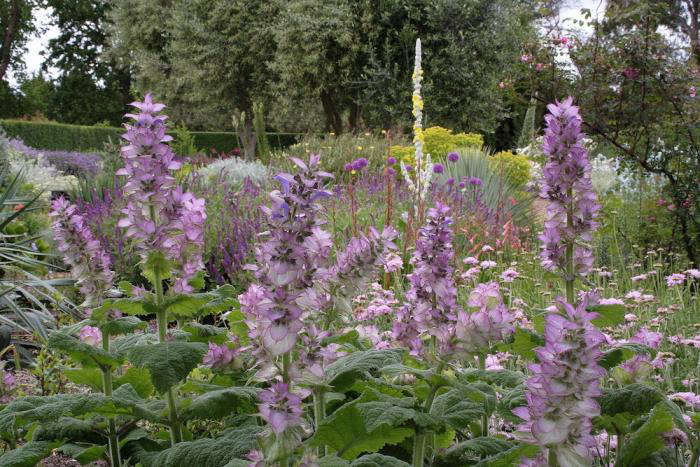 Above: Good soil preparation is the key to getting plants like Salvia sclarea to flourish with little supplementary watering, says Glenn. To prepare a bed for plants, he digs deeply and then mixes in from four to five inches of compost, to aerate the soil and help hold moisture. Image via Lambley Nursery. 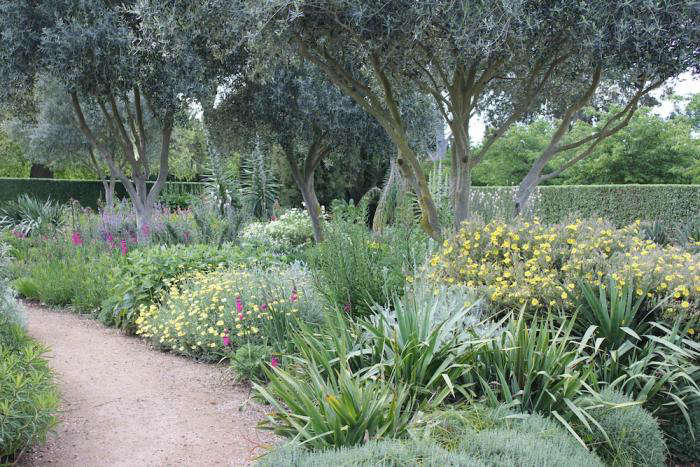 Above: "When I do water, I water well," Glenn says. "I use an overhead sprinkler during a cool summer spell and give each area about an inch and a half." (He uses a rain gauge to measure.) Image via Eat Dig Play. 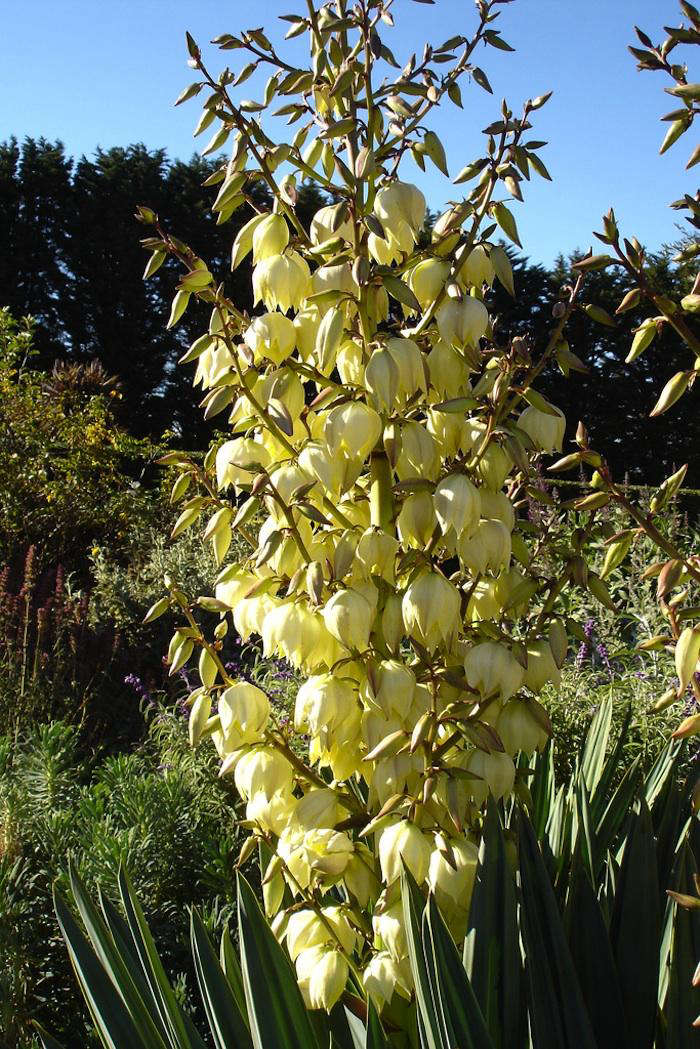 Above: Yucca elata, known as Soaptree Yucca, thrives in high desert climates, including the southwestern US and northern Mexico. 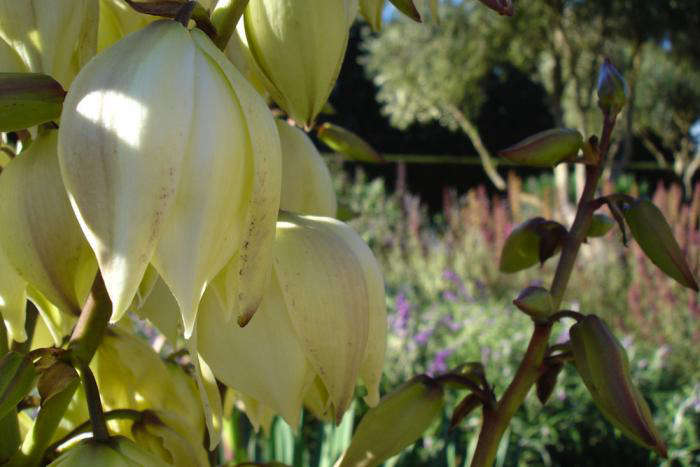 Above: "We choose plants for the ability to enjoy our climate, but they must be beautiful, too," Glenn says. Flowering plants play against the bold foliage of such evergreens as Yucca, Beschorneria, frost-hardy Echium and silver-leaved Phlomis. 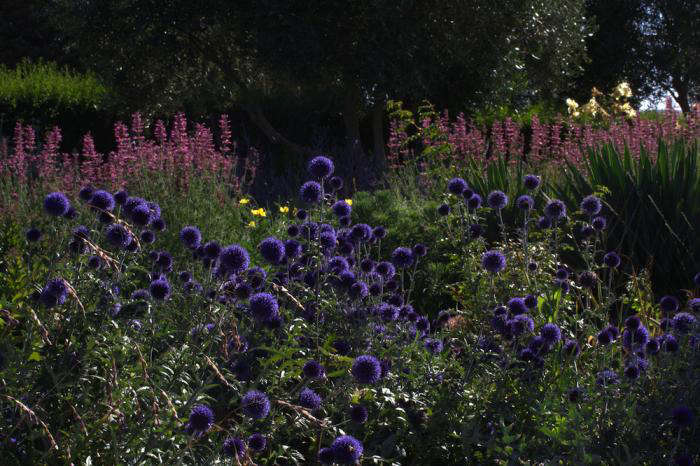 Above: Glenn's favorite plant is Agastache 'Sweet Lili,' a hybrid he discovered in a flower bed. "So much better than all the other Humming Bird Mint varieties we grow," he says. Image via Lambley Nursery. 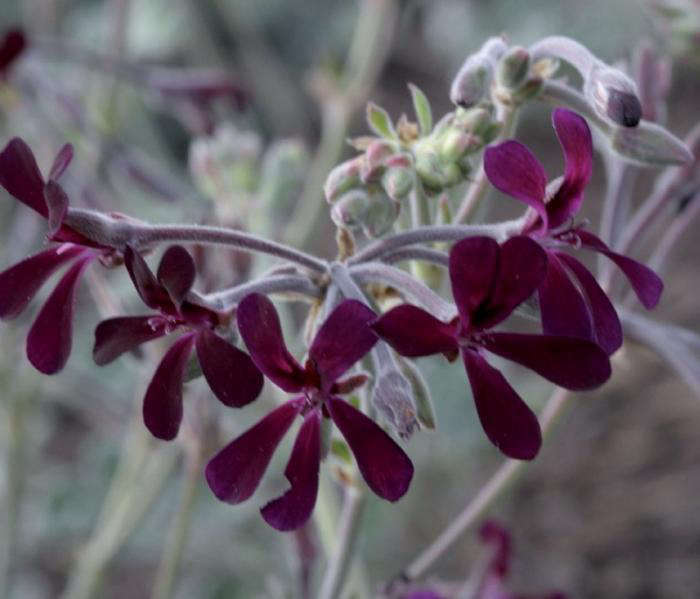 Above: Pelargonium sidoides is frost resistant and makes a superb ground cover; Glenn plants it in drifts that are two or three yards long by a yard wide. Every third year or so, when they get scruffy, he cuts them back to the ground. Image via Lambley Nursery. 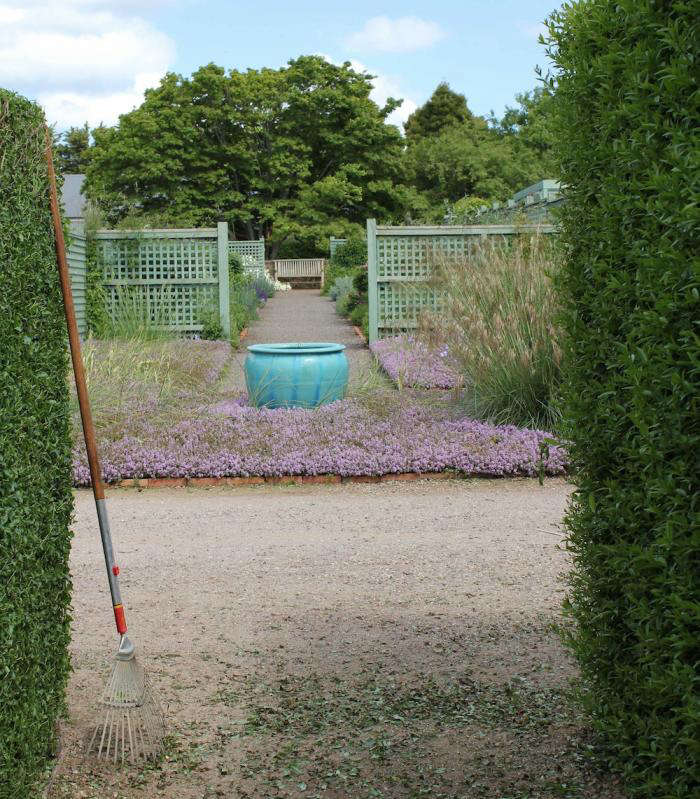 The Tjirp Doorstop by Cas Moor

The Best of Antipodean Design from Thames and Hudson