A London author wanted to spend more time in her carefully tended garden; specifically, she wanted to write in it and, ideally, even bathe in it. But the whims of nature—weather, winds, sounds—made it all but impossible for her to focus outdoors, and her tightly settled neighborhood precluded an open-air tub. Enter MW Architects, who gamely met their client’s whims: They brought her office into the garden with a small extension to the client’s brick house and added a discreet glass-walled shower within. The project was small in size, but its effect is transformative. 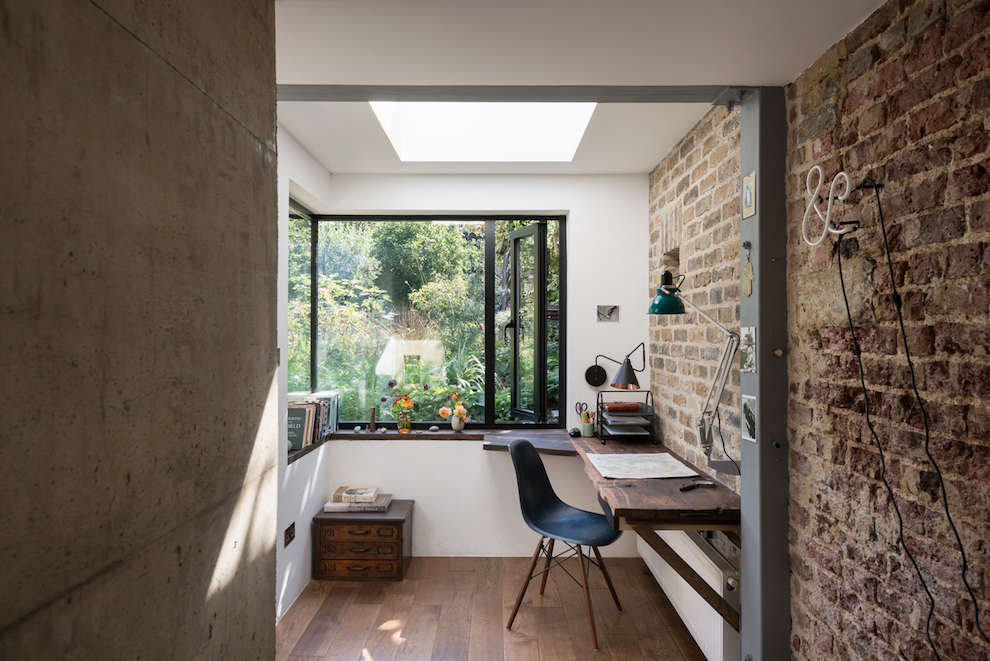 Above: Previously the client had worked in a small study where the hallway now exists. Everything beyond the gray support bars here is new. 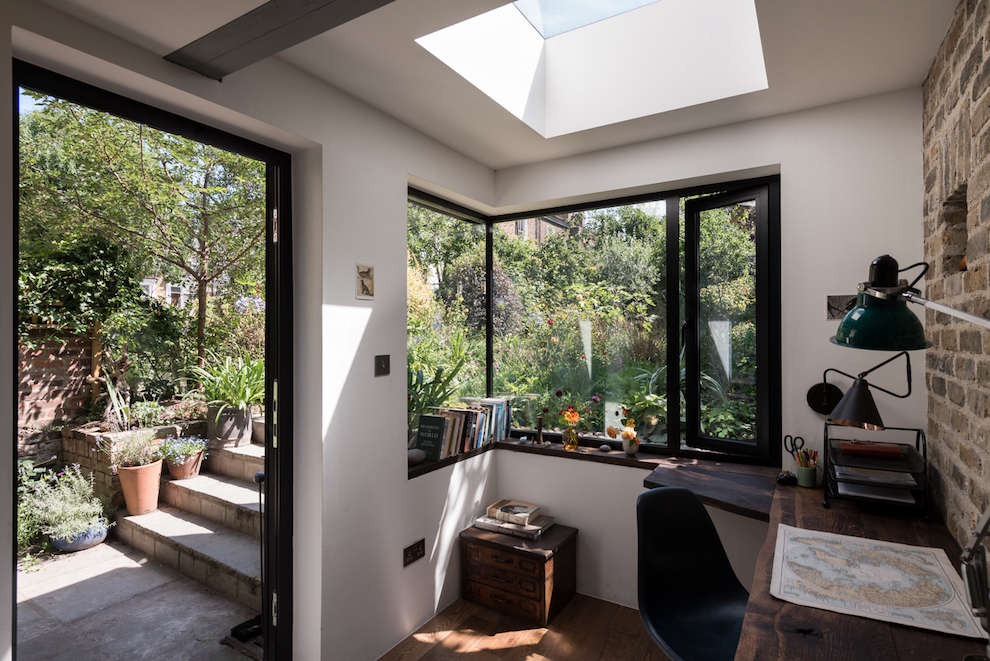 Above: The new study has direct access to the garden, and a skylight lends the feeling of a garden conservatory. 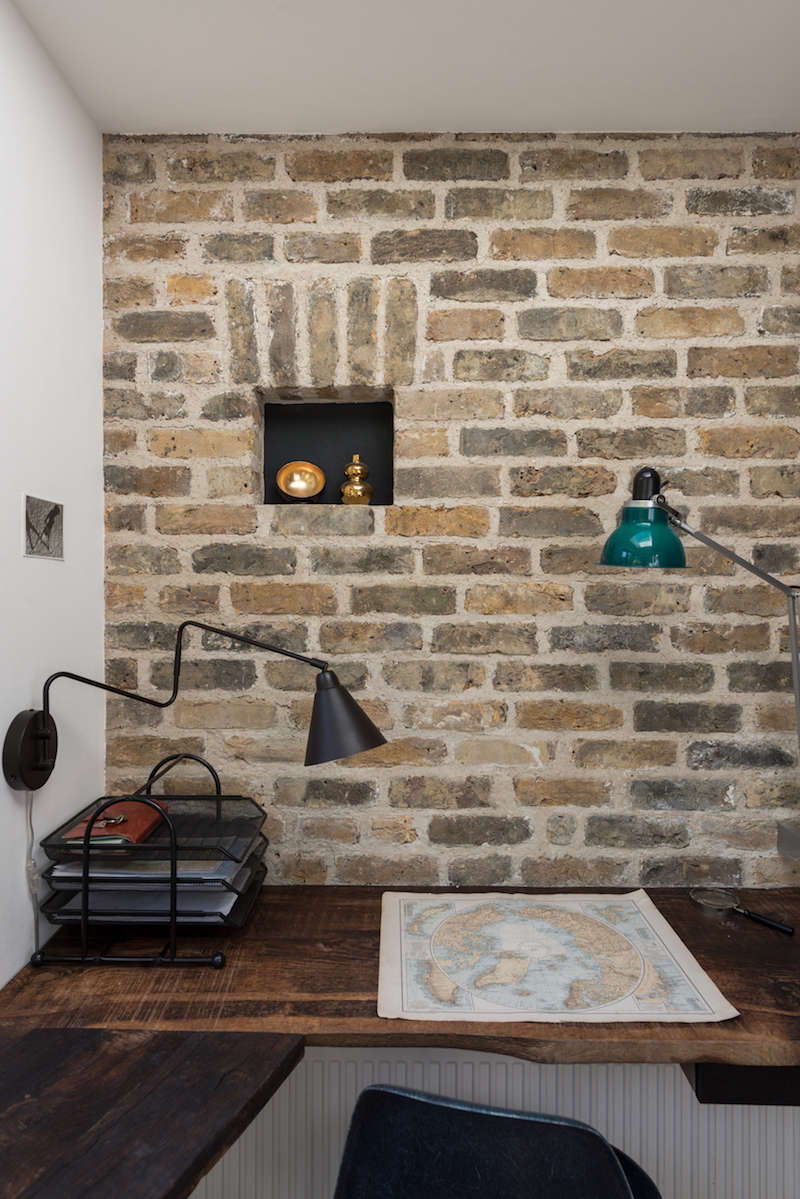 Above: The architects installed a wall of pale aged brick to complement the existing interior brick walls. (The storage niche is a modern touch.) 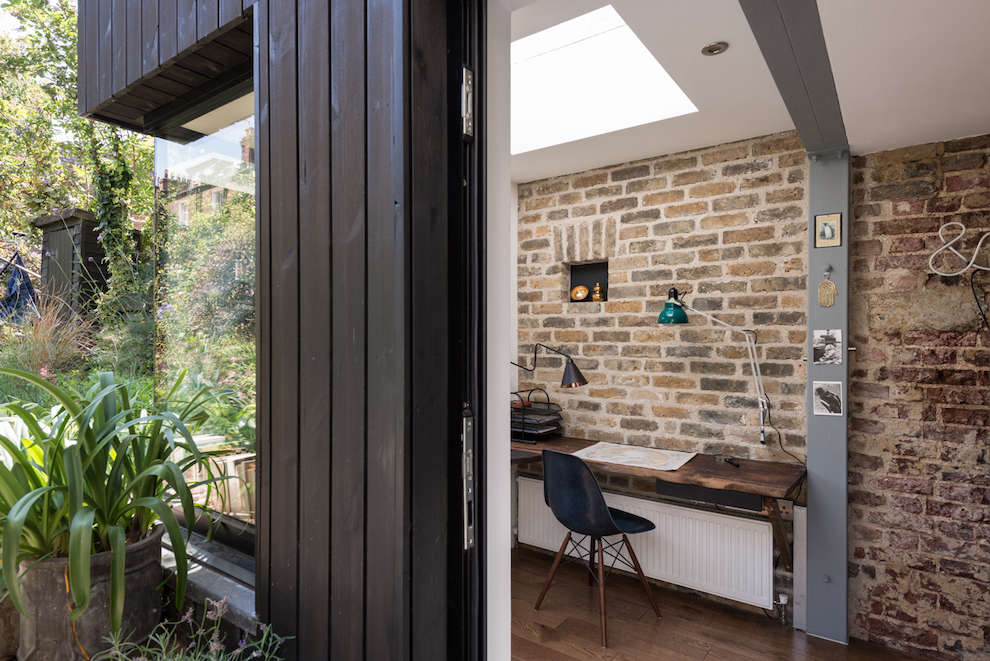 Above: Where not glass, the extension is covered in black-stained wood siding, which is meant to reference a simple garden shed. Pocket doors close off the study and hallway from the garden. 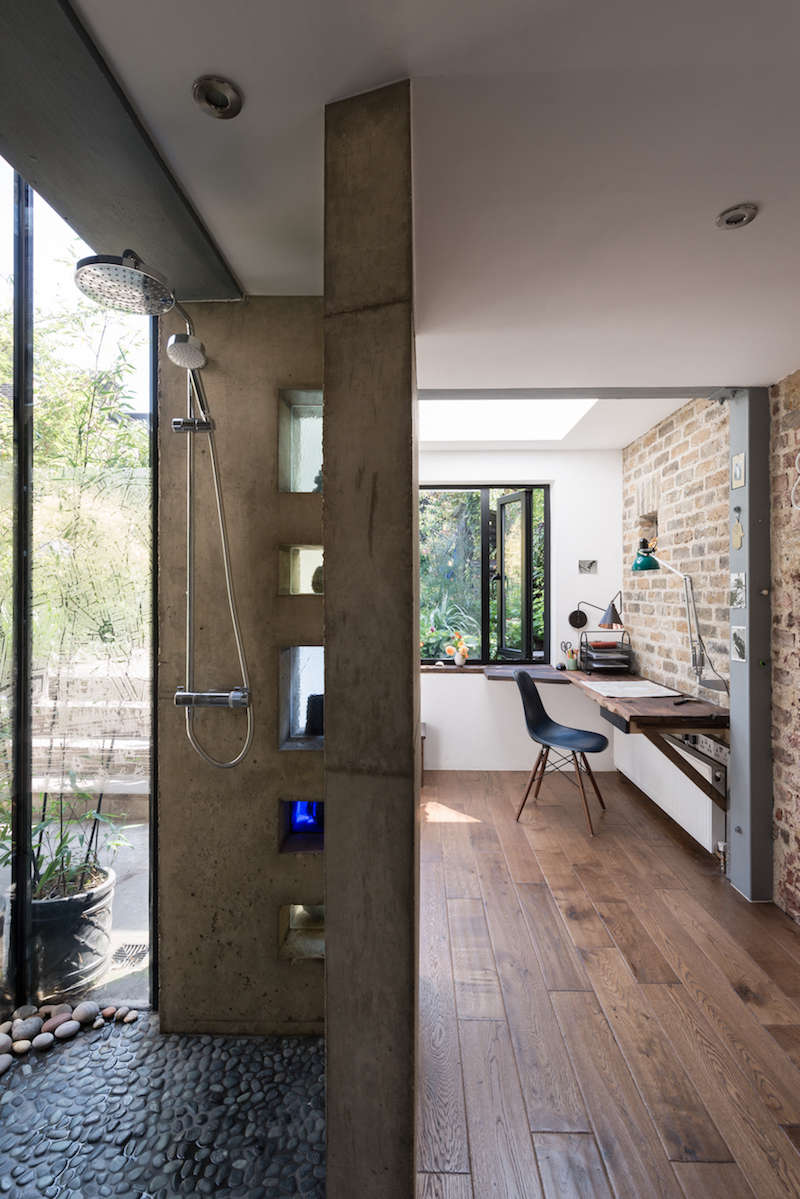 Above: In the former study (now hallway), the architects added a small shower room tiled with pebbles; it’s glassed in and closed to the elements, but feels like part of the garden. It’s “akin to showering under a waterfall on the edge of a cave looking out into the landscape beyond,” say the architects. 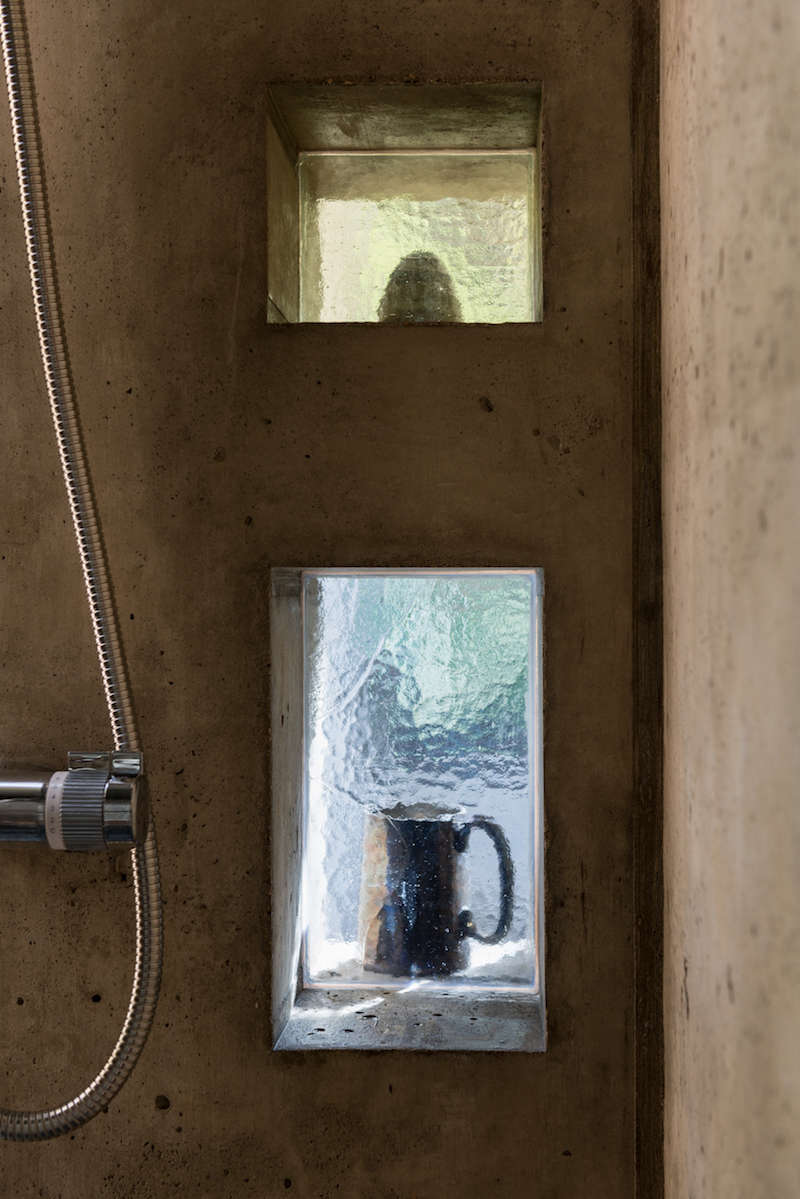 Above: Thick blocks of frosted, colored glass provide privacy. The sills hold soap and shower accessories inside, and small vases and accessories outside. 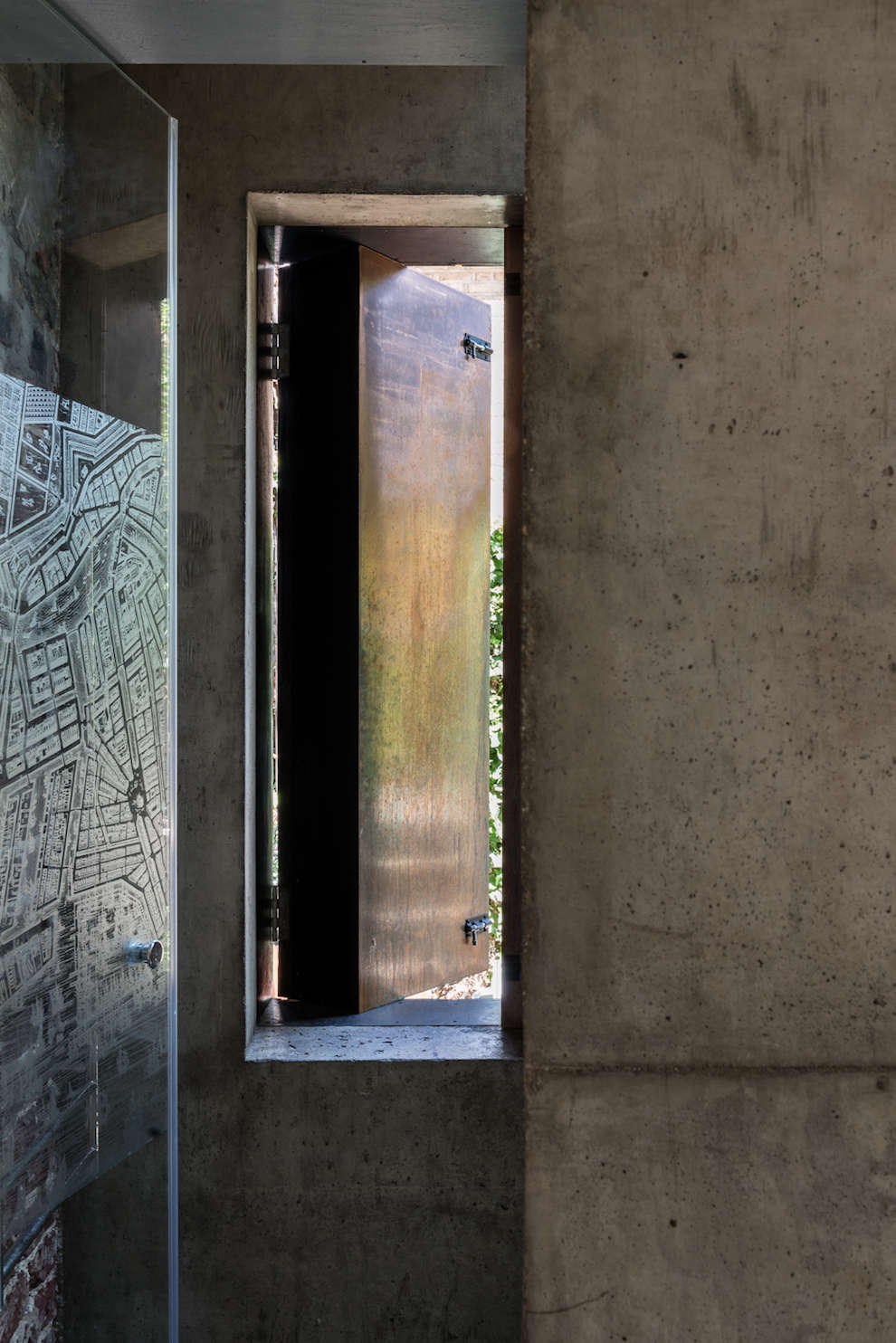 Above: A thick, copper-clad ventilation window opens from the shower into the garden. Over time, it will tarnish and stain the concrete below it (intentionally). 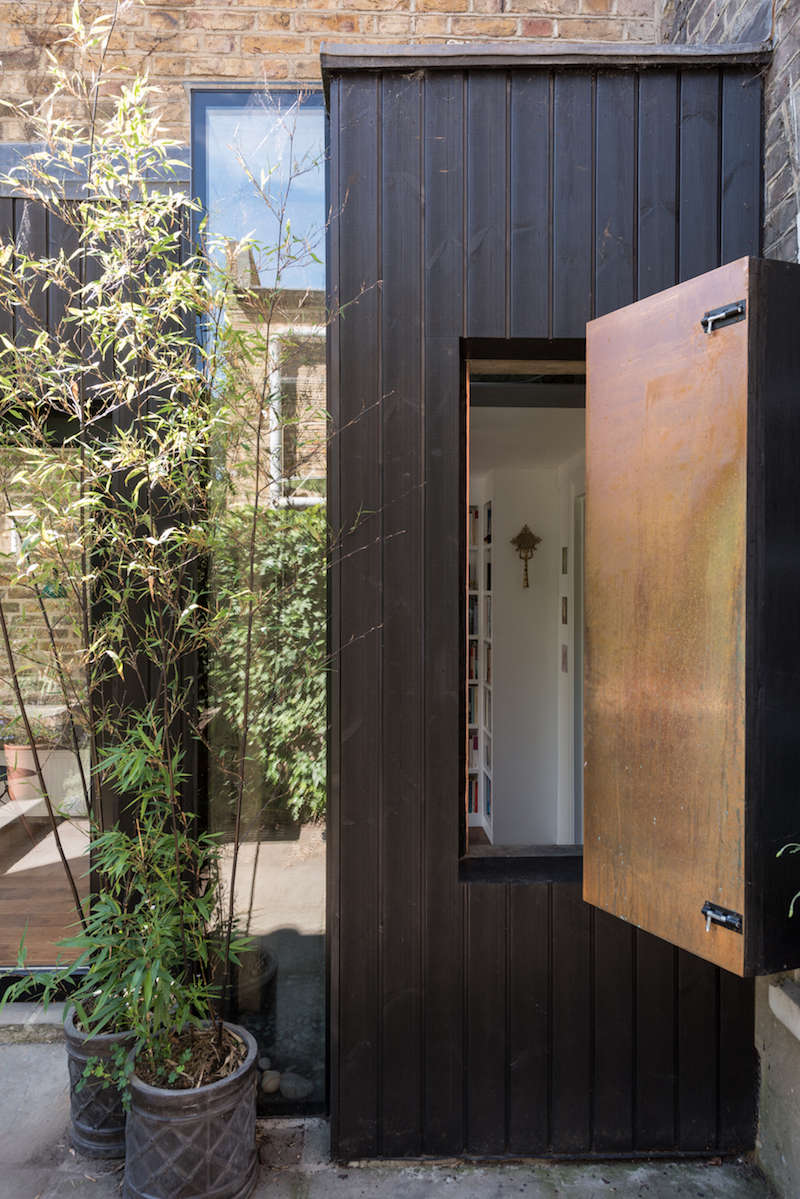 Above: When closed, the ventilation window disappears into the black wood siding. 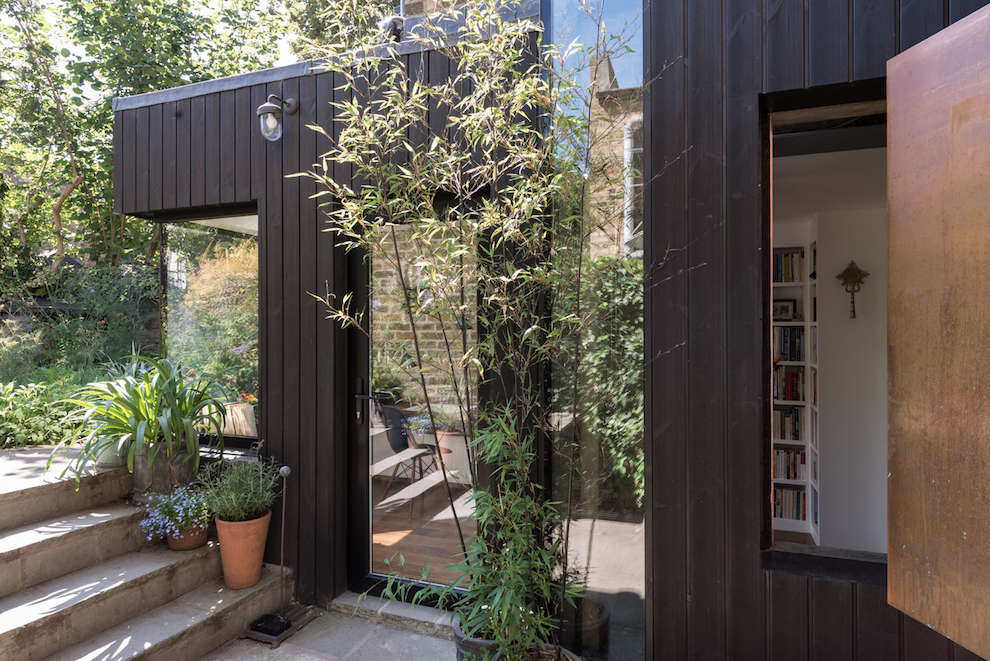 Above: The shower has a glass roof and full-height, frameless glass corner, loosely shielded by a young bamboo. Off to the right, outside of the frame, is the master bedroom. 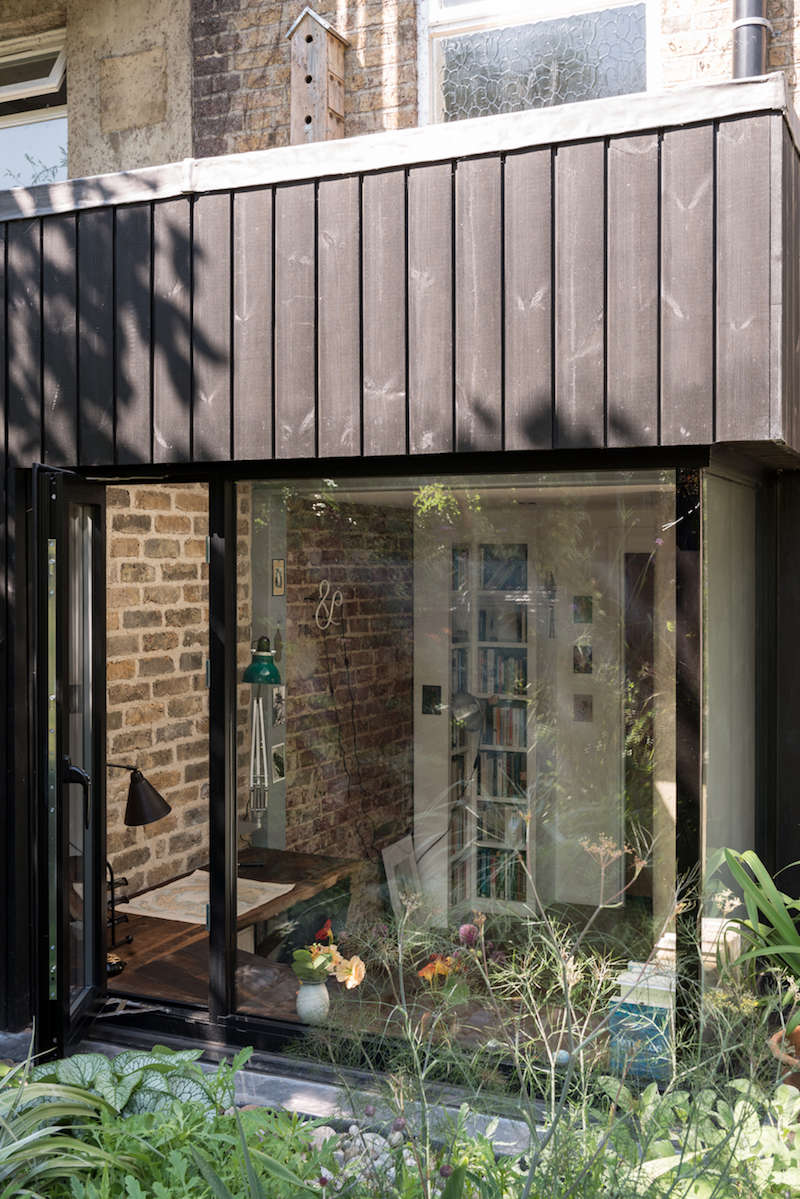 Above: The architects designed the extension so that the office desk (made of reclaimed oak) and the garden meet at the same height. Fresh cut flowers on the sill indoors complement the ornamental plants just outside the office window. 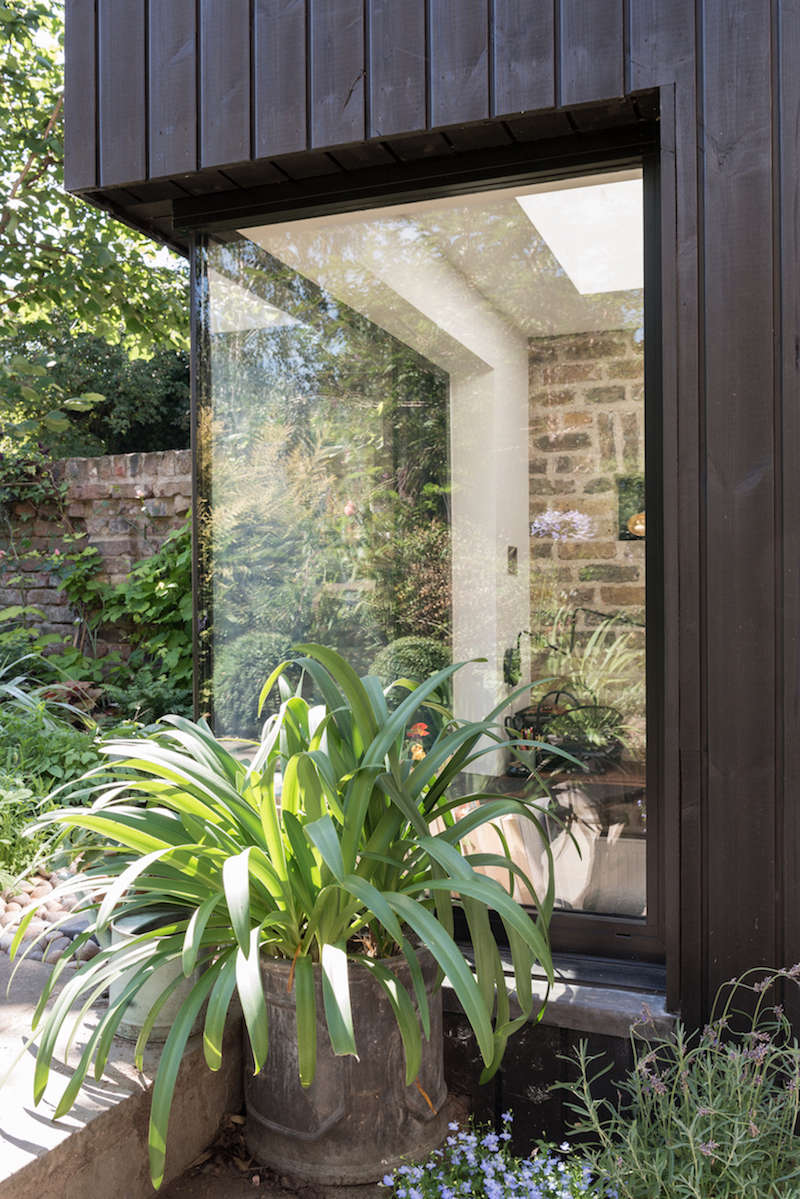 Above: The architects report that the budget was “modest and strict,” and that a bulk of the cost went to glazing. Here, a steel structural window frame was used to eliminate the need for a post at the window corner, “maximizing the impact of the glass-to-glass detail.” 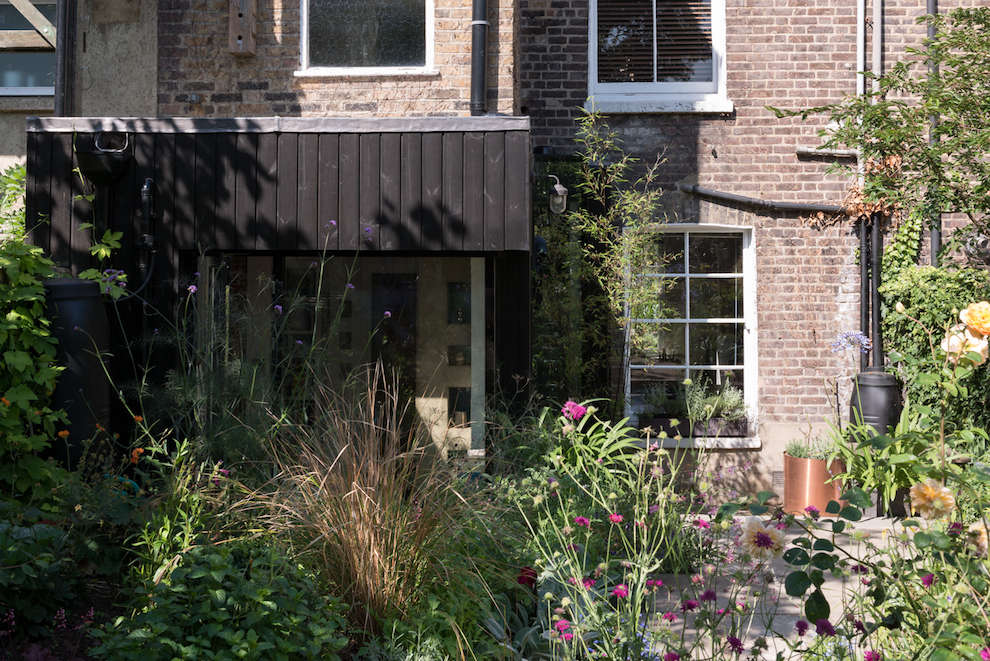 Above: The shower barely juts out from the side of the new addition. 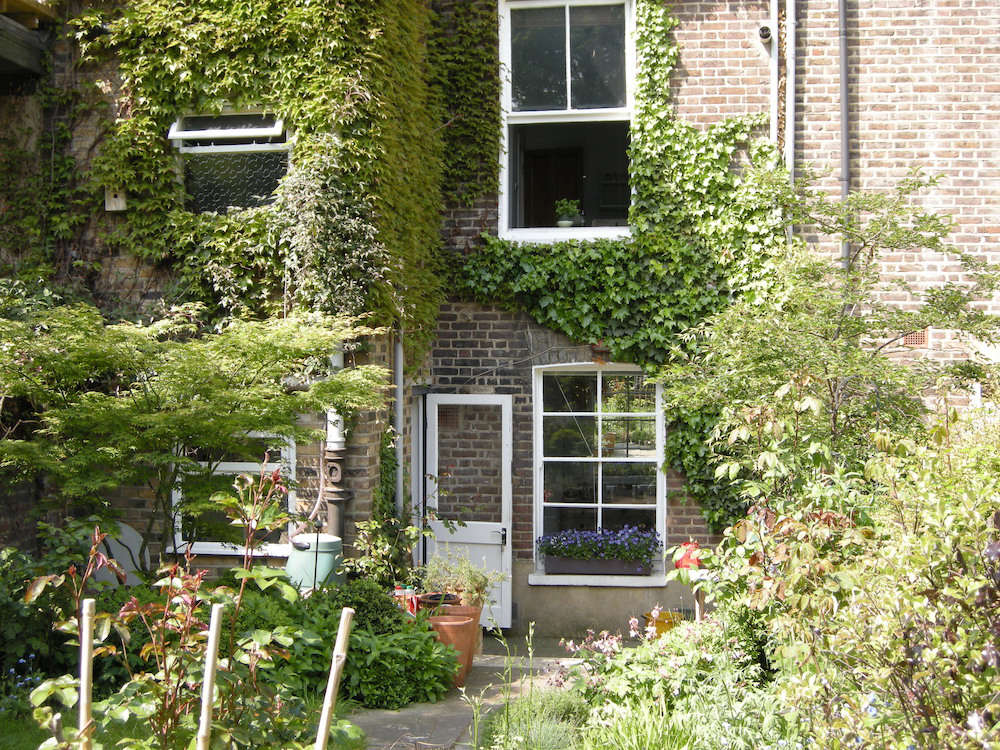 Above: The client already used a nearby room as her home office, but wanted more space and a deeper connection to her garden.

For another favorite from MW Architects, see Kitchen of the Week: A Boundary-Breaking London Remodel.

Home and Office Goods from the Oak Men in Denmark