In one of the greatest expressions of love for 19th-century factory buildings, a Massachusetts family decided to build one from scratch so they could live in it. We understand the impulse.

The family liked the industrial quality of the work of Burr & McCallum Architects (a member of the Remodelista Architect/Designer Directory). Because they had a child with a disability, the family wanted the house to be one large space on one level. The architects turned to historical factories in the area for a model. "Before there was electricity, you wanted to get as much natural lighting into interior of these big factories, so sawtooth roofs were used to create these ribbons of light through the middle," says architect Anne McCallum.

This factory for modern living has ample natural light, corrugated metal siding, and other touches from the past that work equally well in the present. "I think the building has a certain poetry in modern times, the nostalgia of it speaks to us," says McCallum. 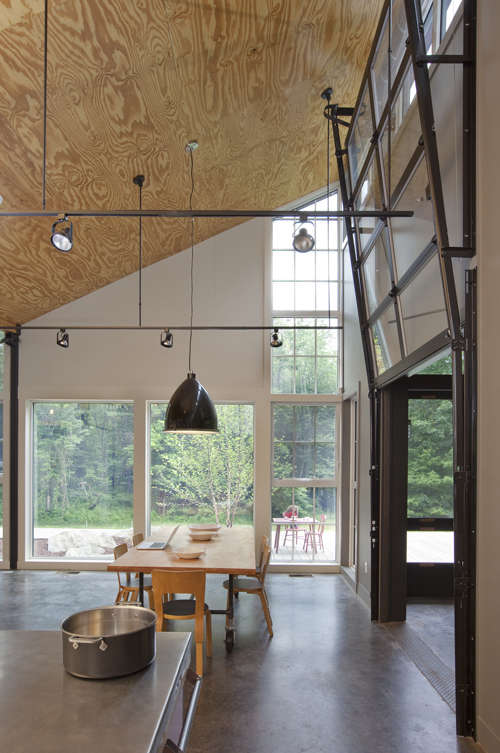 Above: In the kitchen, a glass garage door opens to a screened-in porch. An alternative to sheetrock, CDX plywood on the ceiling was chosen because it had lots of "footballs"—sections where knots were replaced—for greater visual interest. 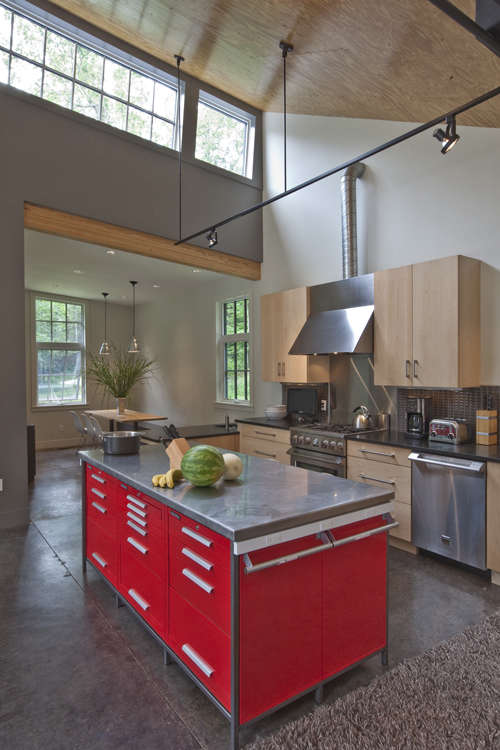 Above: The red kitchen island was devised from six off-the-shelf toolboxes, contained in a custom steel frame. The architects used a suspended track lighting system to handle the sloping ceiling. 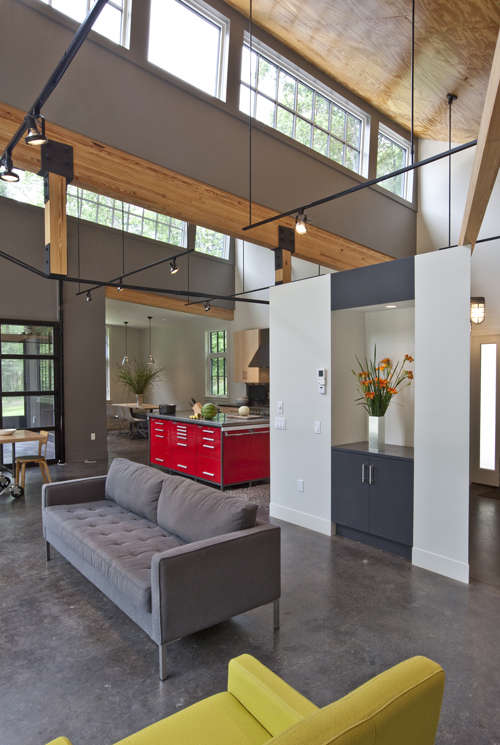 Above: Heavy timber beams, combined with metal rods and wood posts, form the trusses that support the roof. The furnishings were selected by Elena Letteron. 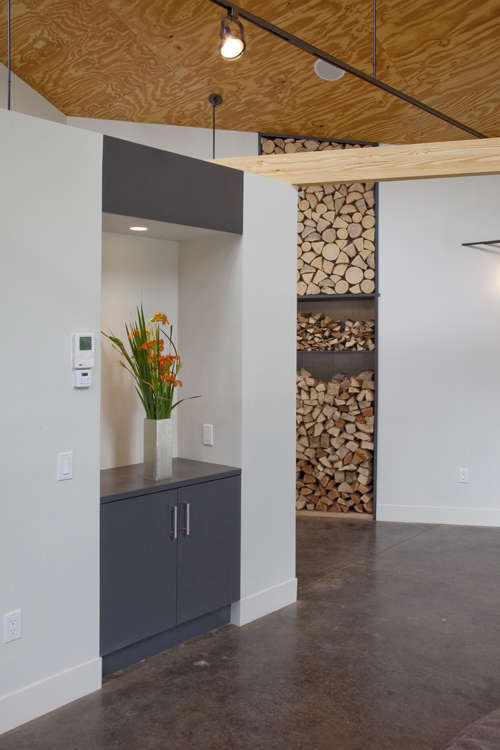 Above: Built-in storage, including a nook for firewood, accommodates domestic life within the factory-inspired space. 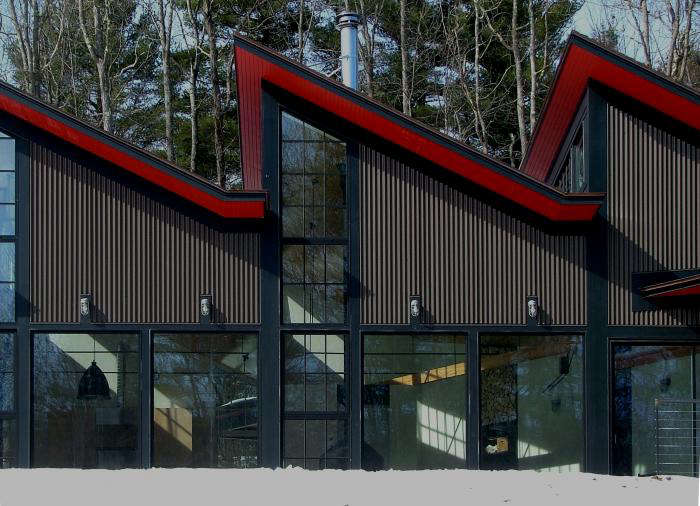 Above: The overhangs on the sawtooth roof are lined in red, a bright zigzag on an otherwise soberly attired building. The steel-framed factory sashes refer back to a time when there was no plate glass. "The small panes give the building a human scale," says McCallum.