Half light is your best friend. This is an epiphany I had about candlelight years ago, when we started to light up for special events–dinner parties, birthdays, holiday meals. As soon as the electricity went off, everyone at the dinner table (notably, me) looked magically younger. Eyes twinkled, hair took on a luster, faces smoothed. It is no wonder that over time, every meal at my house has become a special event.

But not every member of my family is as enamored of forced twilight at the dinner table as I am.

“#$#@!” my husband observed purply the other night. He leapt from the table, dashed across the kitchen, and threw the light switch to high.

“Stop, I’m melting,” I shrieked, clawing at my cheeks.

“I just want to see how bad the damage is,” he said.

“Oh my God, is something wrong with my face?” I asked, frantically patting my hairline.

Oh please, it was barely a paper cut. As I taped him up, I realized, however, that perhaps I’d gone too far with the candlelight. I don’t want to have to add the clutter of a Band-Aid box (highly flammable) to my tabletop votive display. So I phoned candlelight expert and event planner David Stark, author of the new book The Art of the Party. Here are some of his top tips (see the complete story at Gardenista): 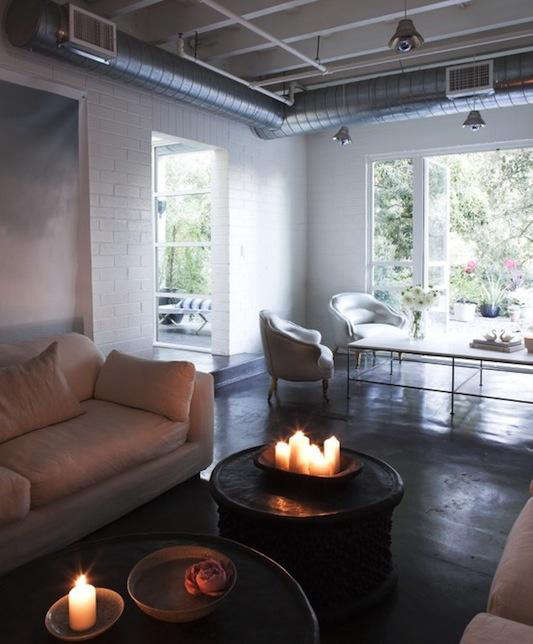 Above: A candlelit room at dusk; photograph by Amy Neunsinger.

“I’m not ready to admit that Thomas Edison was onto something with electricity,” I told Mr. Stark. “But some members of my family accuse me of going too far with the candlelight.”

Mr. Stark has seen this problem before.

“You don’t want to get to the point where you’re in a space and the candles are generating so much heat that it’s uncomfortable,” he said. “A good idea is to think about what other decorations are on the table and then decide on the candles.”

Tip No. 1: If you’re serving food family style at the dinner table, he said, keep candle height low.  “You don’t want somebody who is reaching over to grab a platter or a serving spoon to have a sleeve catch on fire,” Mr. Stark pointed out.

Tip No. 2: If you want taller candles at the table, encase lantern or pillar candles in glass. “This is an especially good idea if you have a lot of paper on the table, like paper flower decorations. They’re quite flammable,” he said.

Tip No. 3: Avoid the seance look, especially if you’re in an indoor location in the summer. “If the air conditioning doesn’t work well and you have too many candles, you can all of a sudden generate the heat of a fire,” Mr. Stark said. Not a good idea. 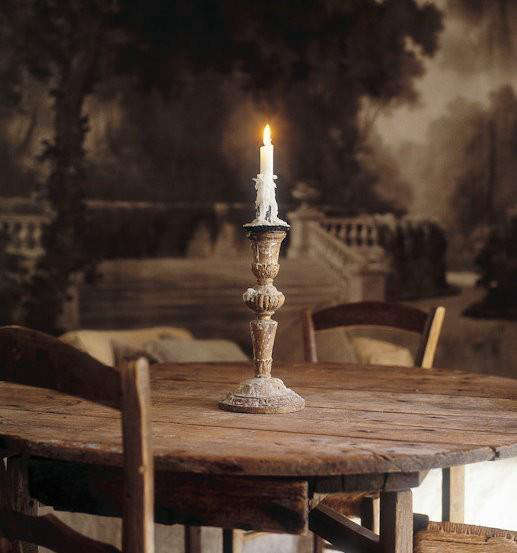 Above: Photograph via Ellinor’s Hus. “If you do it right, candles create instant ambience,” said Mr. Stark. “When you think about decor, the best investments you can make are in candles.”

Tip No. 4: You don’t need to spend a zillion dollars on votive candle holders. Mr. Stark keeps a supply of clear glass votives and tealight holders–”giant packs from Ikea”–on hand for parties.

“This reminds me of another problem I have–that smudgy wax that gets hard and stuck at the bottom of the votive holder after the candle burns out,” I said. “How do you get that out?”

“Well, that’s another reason to get them from Ikea–what are they, like 99 cents? I think they are intended to be disposable,” said Mr. Stark. “I don’t think they were ever intended to have more than their brief, shining moment.” 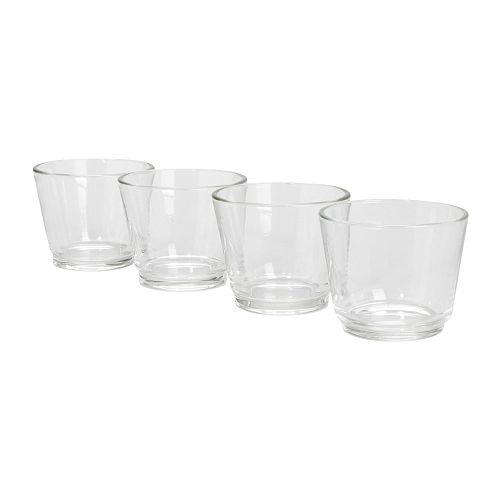 Above: Actually, a four-pack of Galej Tealight Holders is $1.99 from Ikea.

Tip No. 5: To re-use glass votive candle holders, run hot water over them to loosen the smudgy leftover wax. If necessary, run the edge of a butter knife around the softened wax and pop it out gently.

Another benefit of clear glass candle holder with a white votive is that after the flame is lit, everything else disappears–and it’s all about the warm glow from the fire.

See the rest of this story at Gardenista for 7 more Tips for Glamorous Candlelight.

Want to read more Domestic Dispatches from Michelle? See The Truth About Indoor Citrus Trees (Hint: They’re Rather Be Outdoors) and 10 Mistakes to Avoid When You Remodel.

The All-Vintage Renovation by Quintana Partners in Menorca, Spain