After studying ceramics in West Virginia, Kelly Farley worked briefly at Smith & Hawken in his native Chicago before loading up his car and heading West in search of a place to call home.

After a year in Colorado and a stint in New Mexico, Farley landed in Berkeley, where his brother was living. A fortuitous invitation to a clay firing at Richard Carter’s Studio in Pope Valley changed his life. As he says, “When I stepped foot on the property, I felt like I was at home.“ Carter invited him to join his residential program, and he’s been there ever since. “When I began, I was focused on being Guy Wolff and making flower pots.” Carter intervened, and encouraged him to move from the functional into art. “That’s when I started making my sculptures; it was freeing. With Richard, it was all about expression and bringing the inner voice out.” He made large sculpture pieces, most notably installations of ceramic balls hanging from long metal chains, but the financial prospects of being an artist saw Farley return to the functional, this time with a newfound respect for the craft. 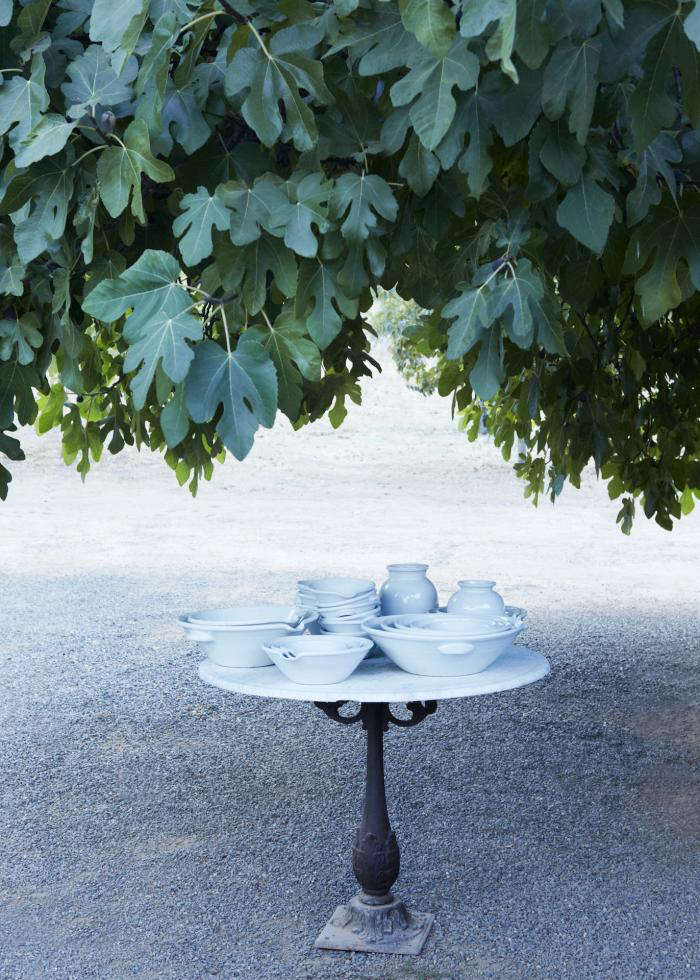 Above: A collection of Farley’s wares on display. 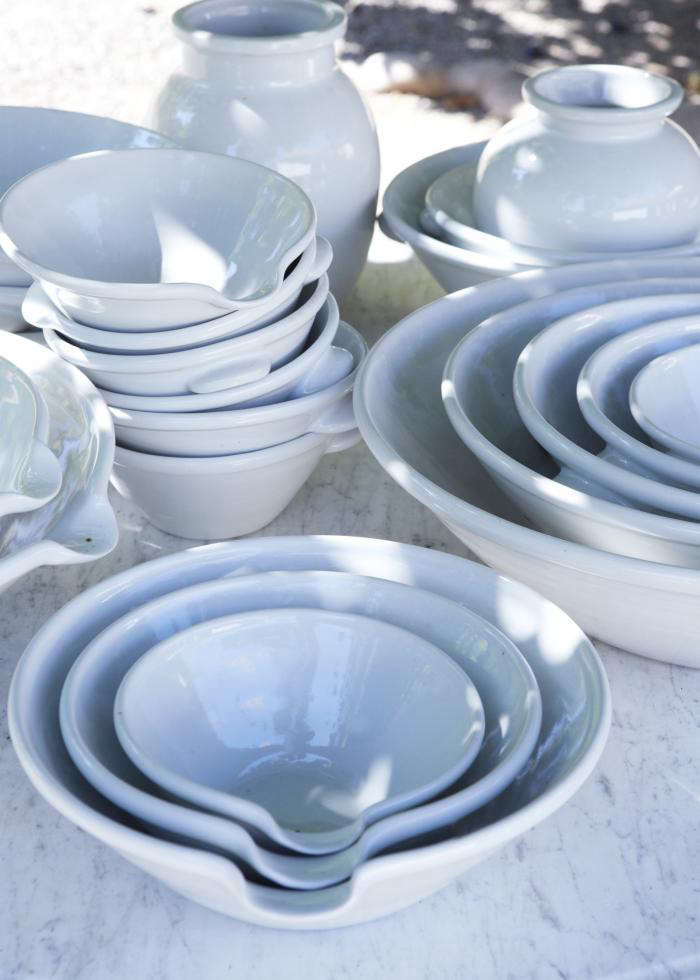 Above: Farley’s nesting bowls inspired by a mix of French country rustic and the Industrial age. 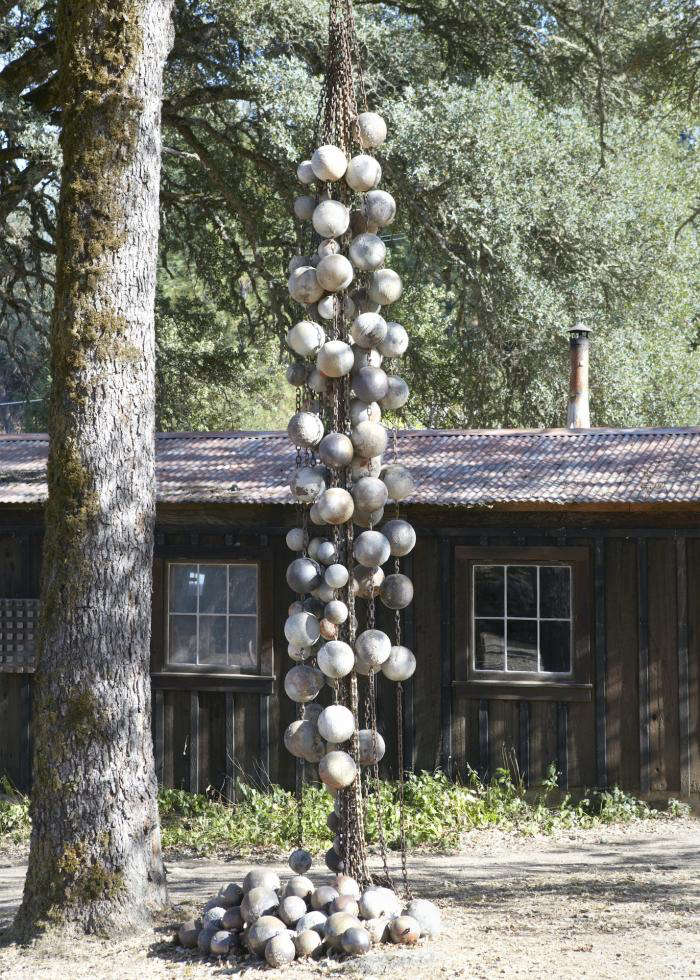 Above: One of Farley’s sculptural pieces hanging from a tree outside his studio. 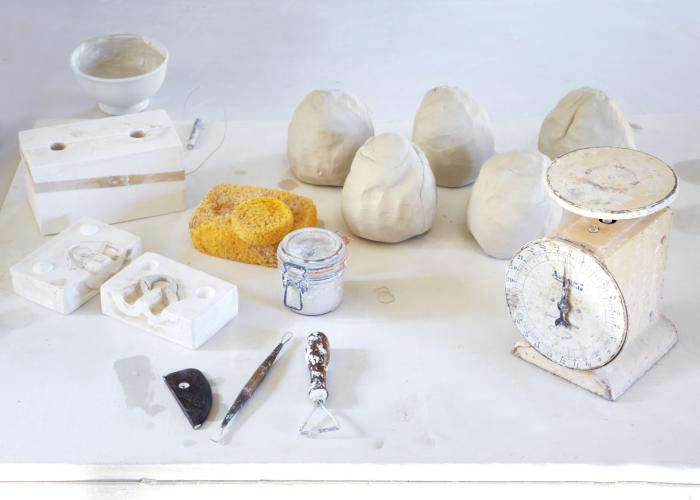 Above: Farley chops up the clay and weighs each piece. It’s a very precise process especially for the nesting bowl sets as they have to be close to the archetype while being handmade. 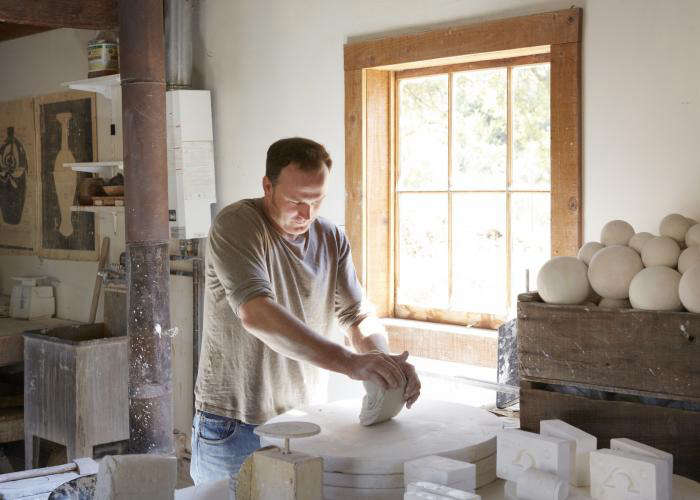 Above: Wedging the clay on a smooth surface 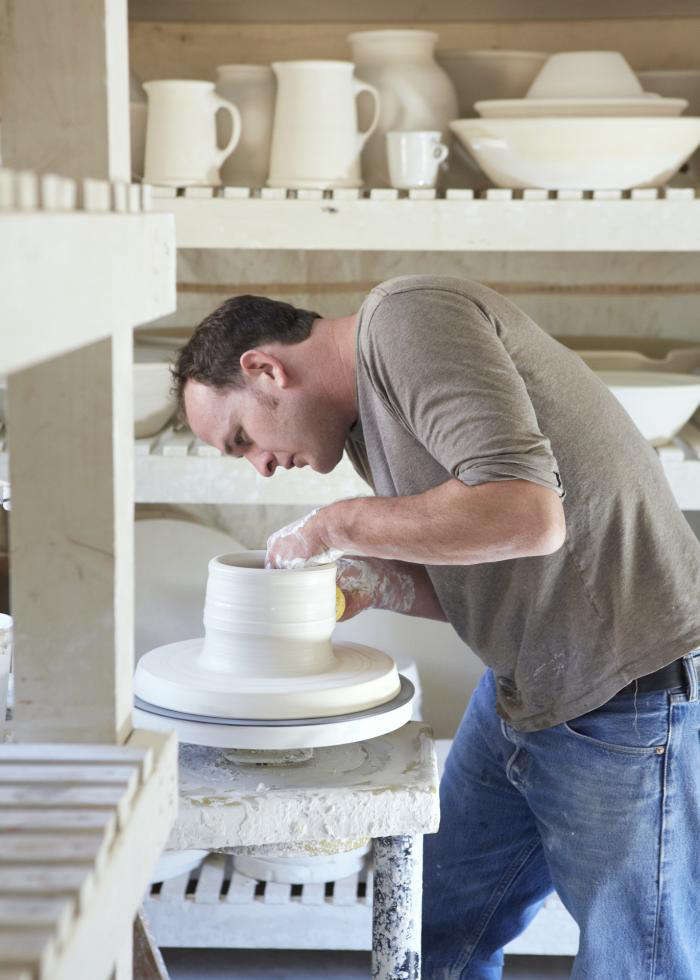 Above: Kelly at the wheel working on a vase. 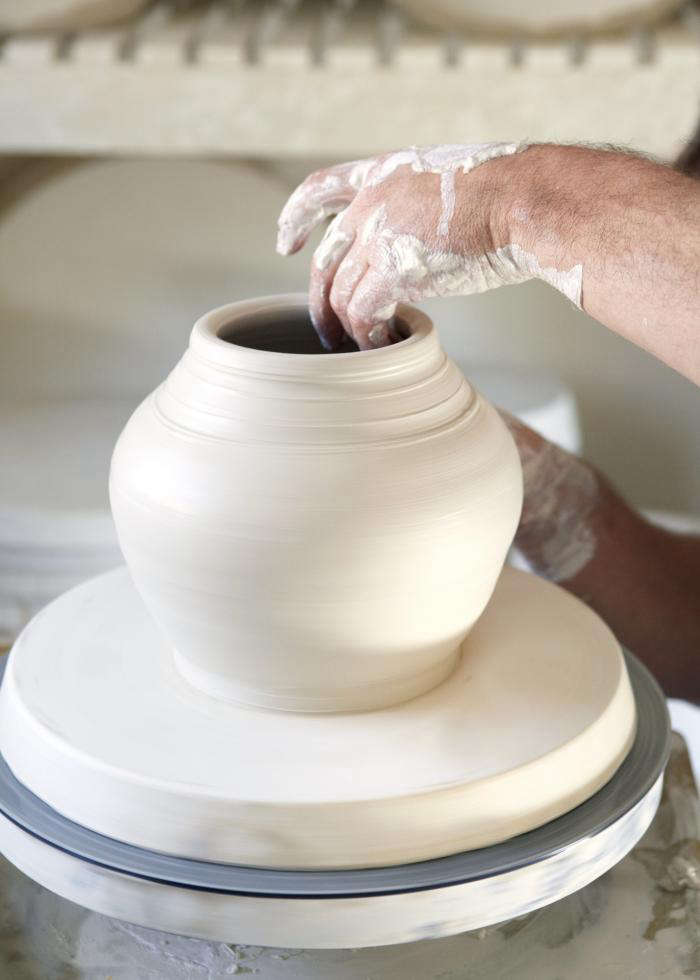 Above: The vase taking form. 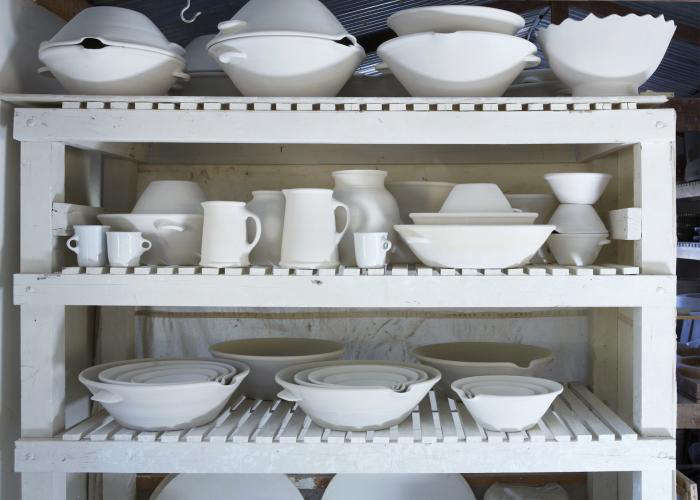 Above: Farley’s collection of bowls and other pieces on a rack. He uses a white glaze to allow the focus to be on the form. 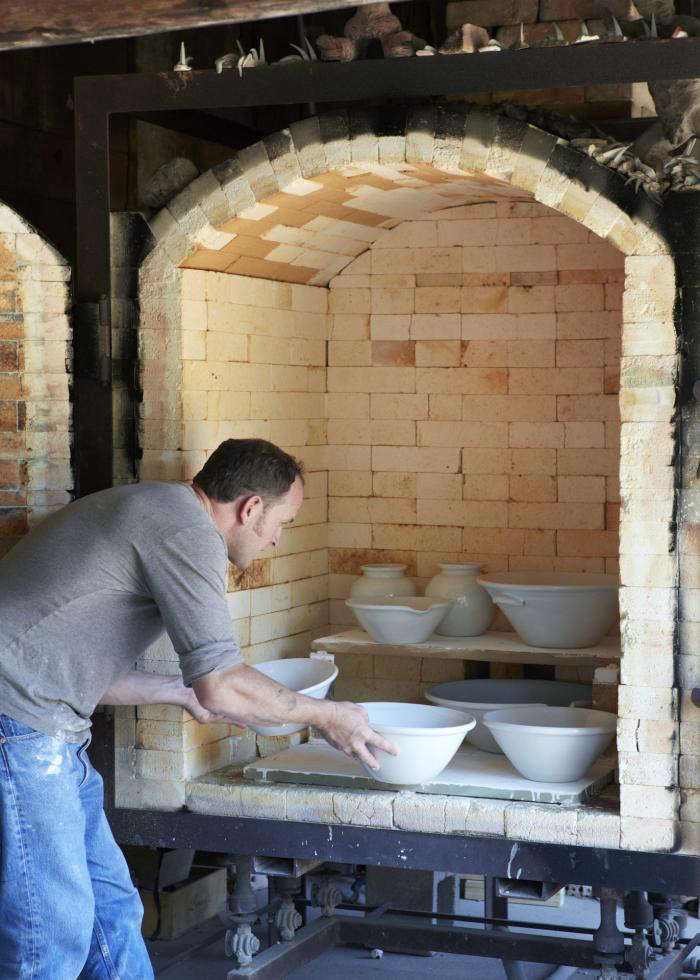 Above: Loading the pieces in the propane gas kiln for firing. 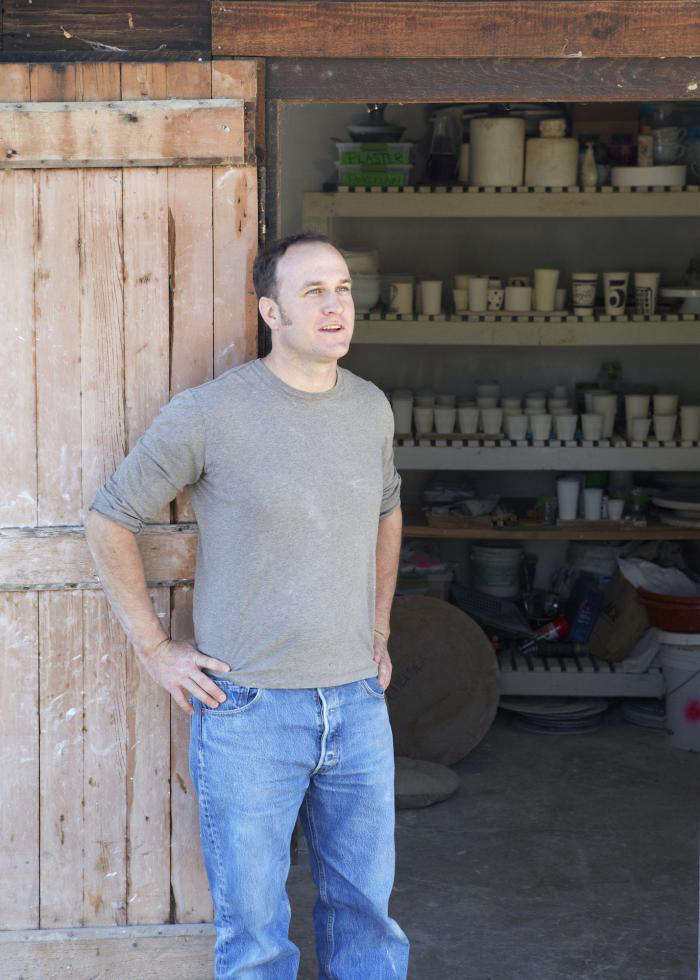 Above: Farley outside his studio in Pope Valley.

See our previous post on Richard Carter: A Rustic Farmhouse and Artist’s Studio in Pope Valley.

Object of Desire: Whimsical Painted Plates by a French Ceramicist