The Young Turks of London (consisting of chef Isaac McHale, along with Daniel Willis and Johnny Smith, his “front-of-house charmers,” as the Sunday Times calls them) have settled down. Last March, they launched their first brick-and-mortar restaurant, The Clove Club, in the Shoreditch Town Hall. The restaurant occupies two rooms: one is a bar (food on offer), the other is where the serious culinary prix-fixe menu happens. 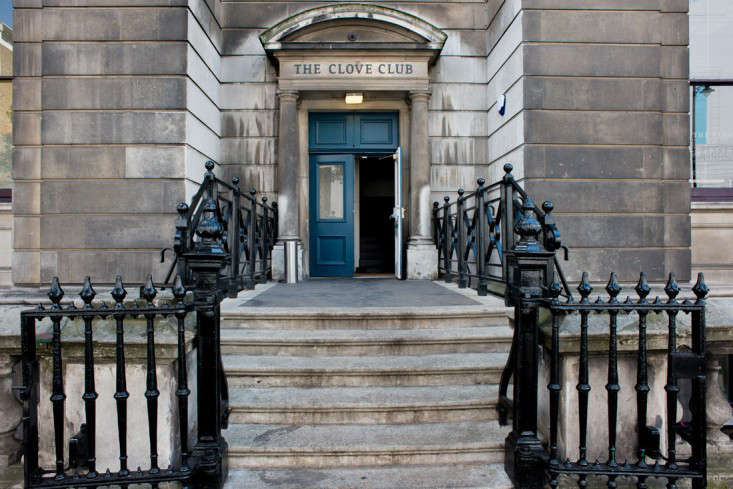 Above: Located in the Shoreditch Town Hall, built in 1865 as a government outpost (“one of the grandest vestry halls in the city”) and now an arts center, the Clove Club occupies a suite of rooms on the premises. 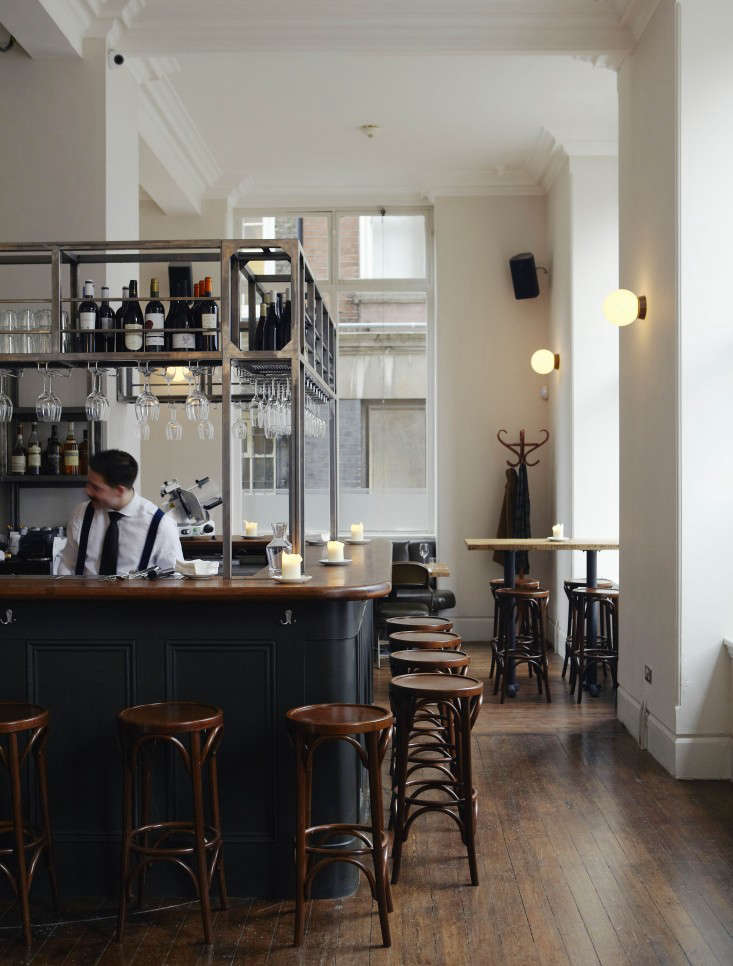 Above: In the bar, drinks and small plates are on offer. 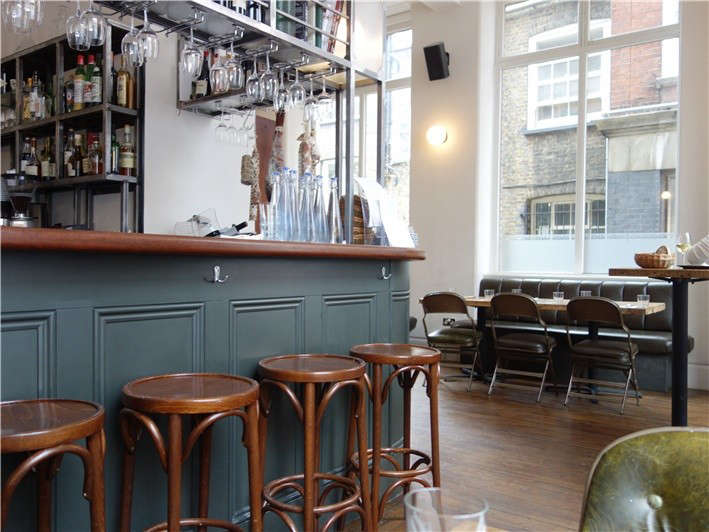 Above: Bentwood bar stools; nothing too fancy. 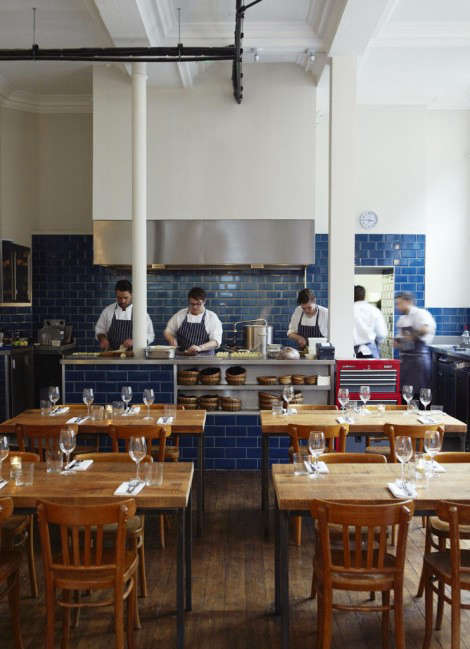 Above: Chefs at work against a backdrop of blue tiles. 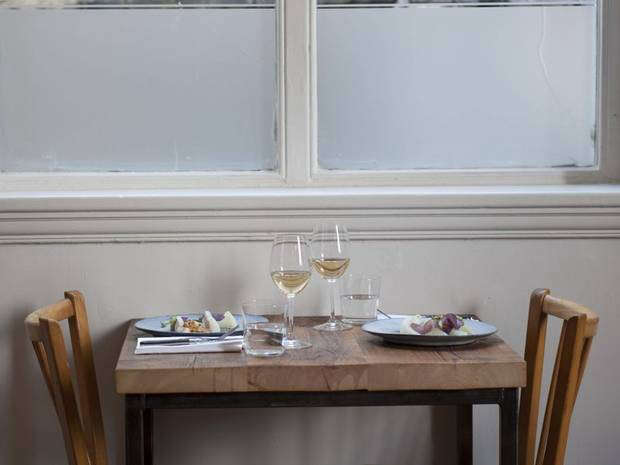 Above: The Young Turks describe the offerings: “An ambitious, five-course menu, focused on often overlooked British ingredients and produce, is served in the dining room.” 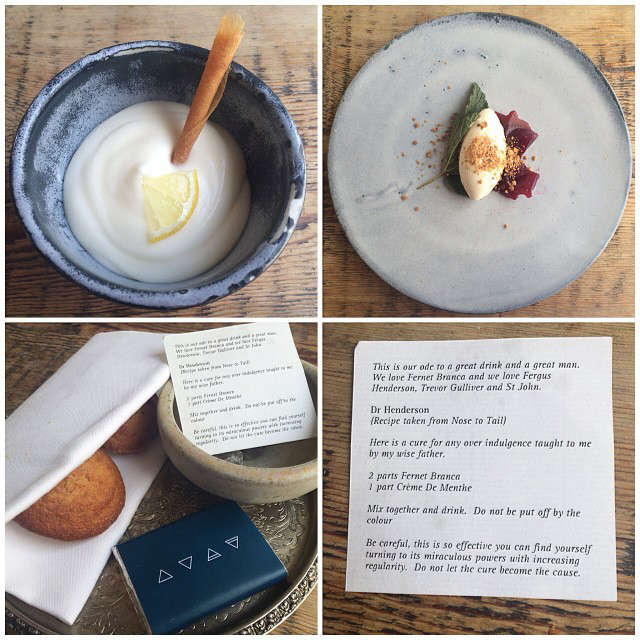 Above: The five-course set menu might include mackerel, pickled rhubarb, and Tokyo turnip. 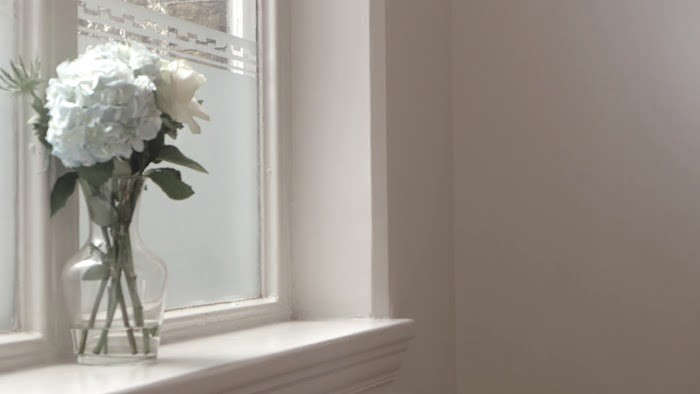 Above: A quiet corner, floral arrangement included. Photograph via The Dining Diary. 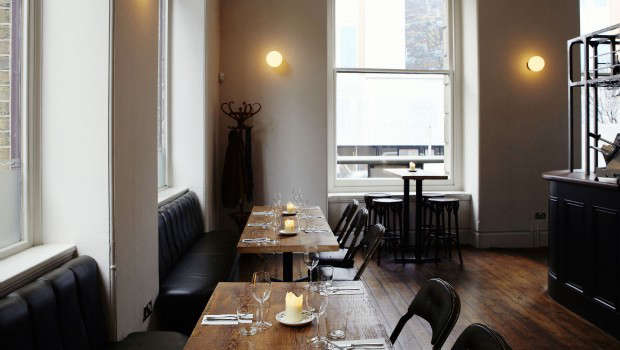 Above: The environs are simple; the emphasis is on the cuisine.

For more, go to The Clove Club.

Searching for London hotspots? Consult our London City Guide for our favorite hotels, restaurants, and design shops. And go to Gardenista for a tour of Liberty’s Floral Fabrics and a look at the Bees of Buckingham Palace.

A New Emporium Devoted to the Tried and True