One of our favorite UK artisans, David Mellor, was known for the "voluptuous simplicity" of his cutlery designs, according to his obituary in The Guardian. Mellor, who died a little more than a year ago at age 78, studied at the Royal College of Art and in Scandinavia and was "the outstanding British flatware designer of the last century. He was also a rare example of the talented, committed craftsman technocrat-entrepreneur who knew as much about manufacturing as he did about the more superficial aspects of design." Mellor made it possible to collect his work one piece at a time (his lines are in continuous production), and his prices are not as punishing as one might expect. 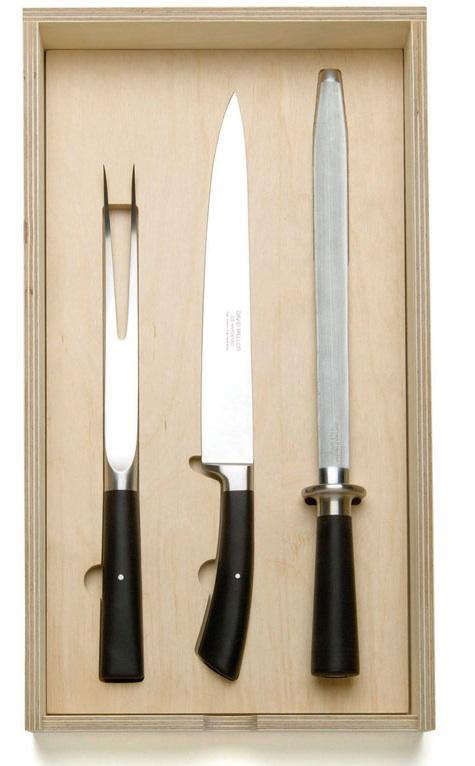 Tableware from the Doyenne of Swedish Glass