Our friends at Le Marché St. George in Vancouver celebrated their Thanksgiving in October. For the occasion (known as Le Jour de l’Action de Grâce in French Canadian), Le Marché owners Pascal Roy, his wife Janaki Larsen, and her sister Klee Larsen transformed their cafe and grocery (which we wrote about in Shopper’s Diary: Le Marché St. George in Vancouver) into a romantic dining room for 28 family members and close friends.

On the menu were two turkeys, one with a wild mushroom and pear stuffing, one with a traditional stuffing; parsnip and sweet potato purée; roasted Brussels sprouts; truffled mashed potatoes; and a boozy gravy. Friends brought maple-glazed yams with toasted pecans; roasted French nugget potatoes with rosemary, garlic, and goat cheese; cranberries with Grand Marnier; an apple pie with ginger caramel sauce; a pumpkin pie; and lots of wine. “Everyone ate and drank the night away with smiles on their faces,” says Janaki Larsen. 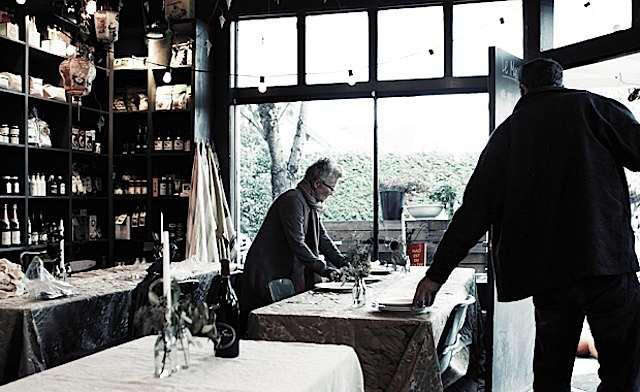 Above: Patricia Larsen, mother of Klee and Janaki, sets the tables with damask tablecloths from Chintz and Company. 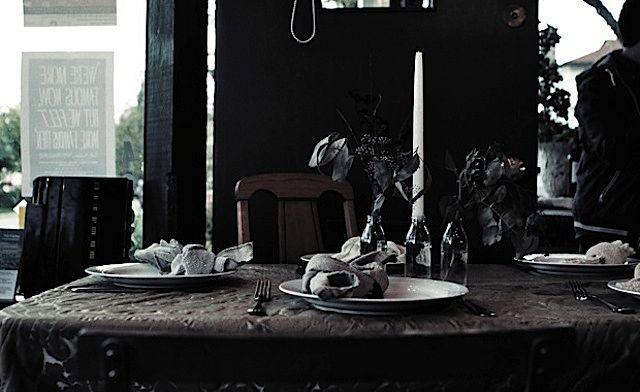 Above: Plates and wine glasses were rented for the occasion, and the silverware came from thrift shops. 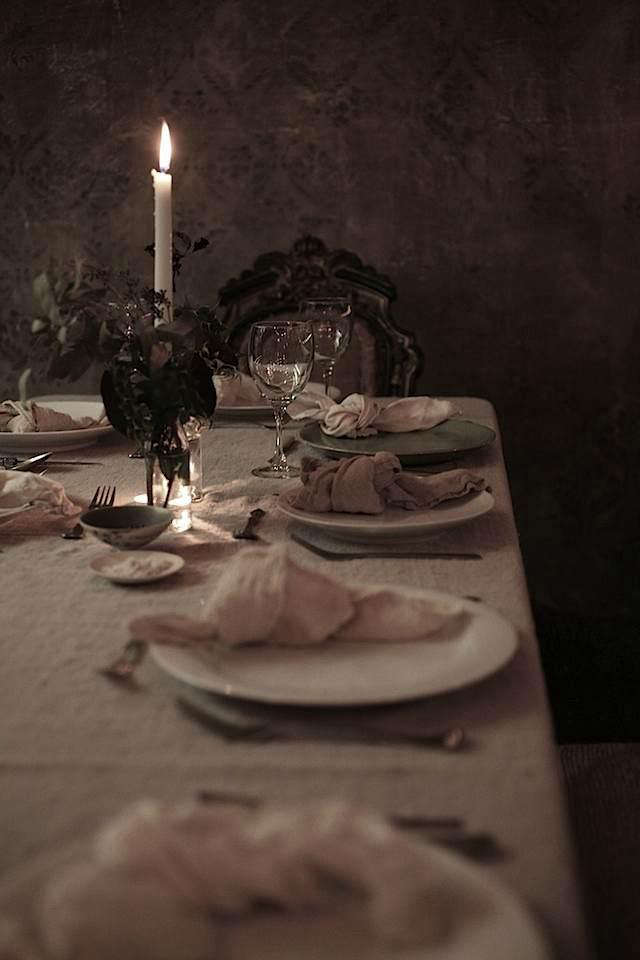 Above: The napkins are muslin painters’ rags bought at the local hardware store. 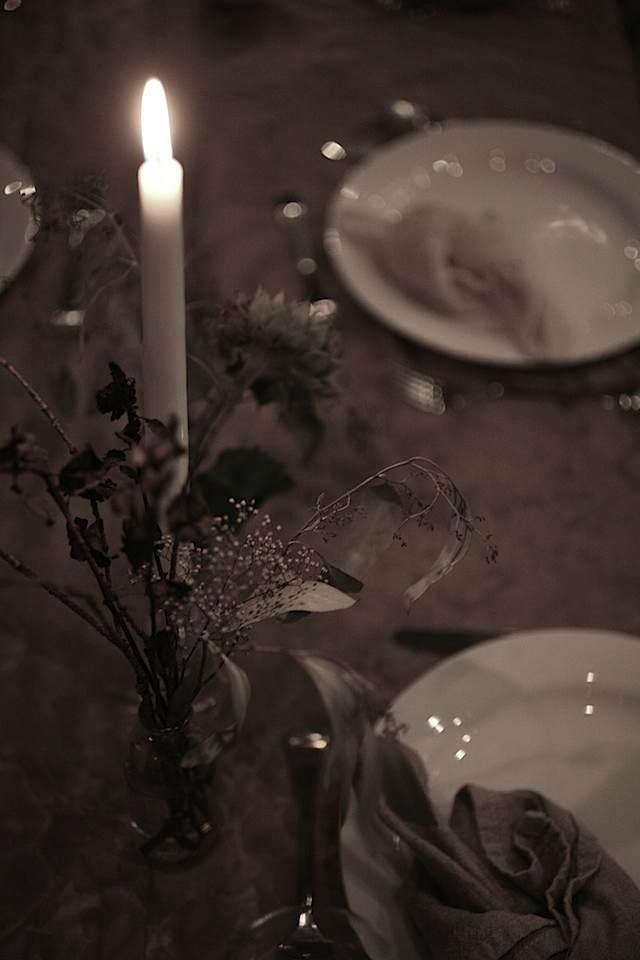 Above: The table arrangements feature white candles and greenery from the Le Marché yard, tucked into glass bottles. 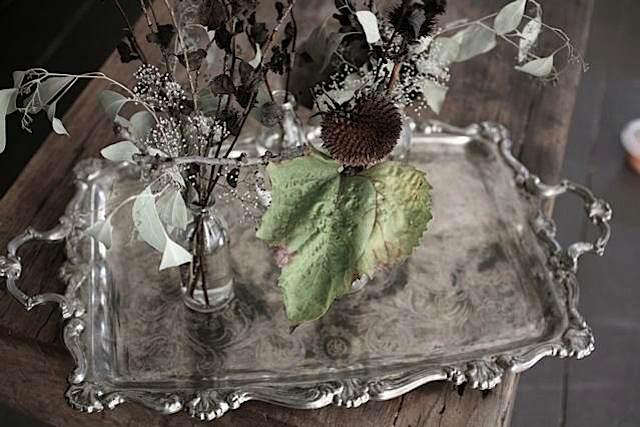 Above: Janaki and Patricia prepared the flower arrangements. 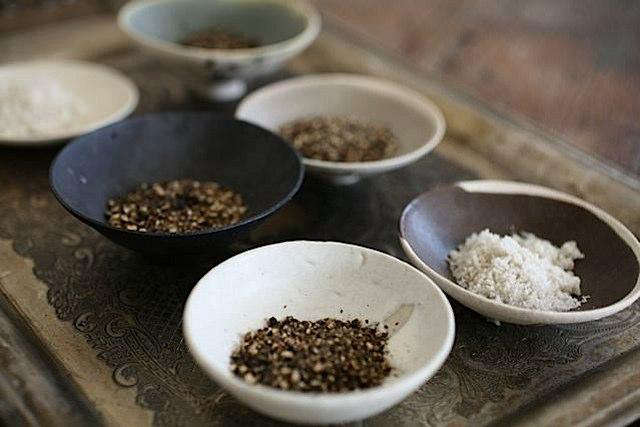 Above: The salt and pepper bowls are made by Janaki, who is a ceramist. 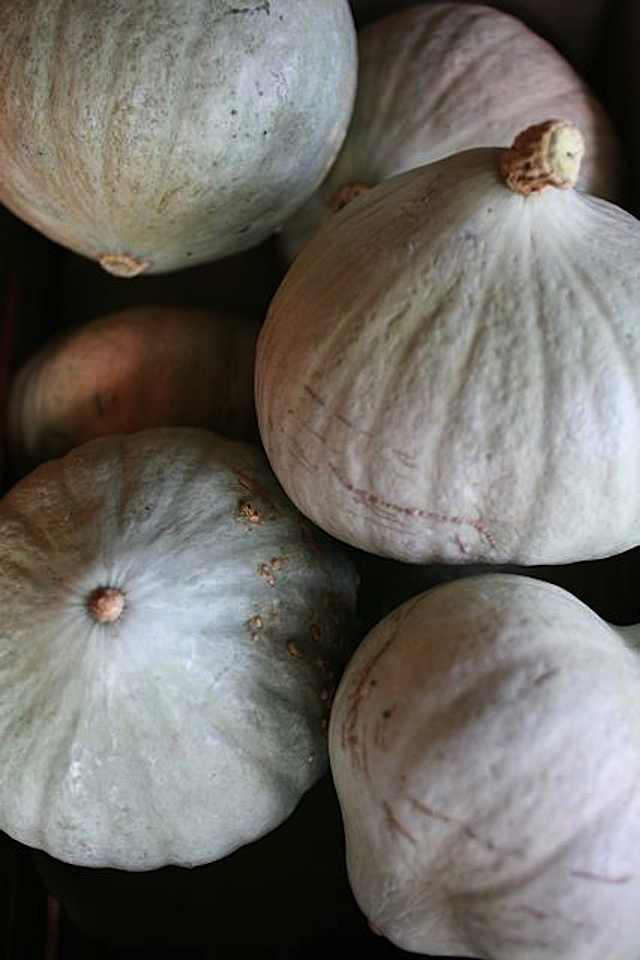 Above: Pumpkins played a big part in the decor. 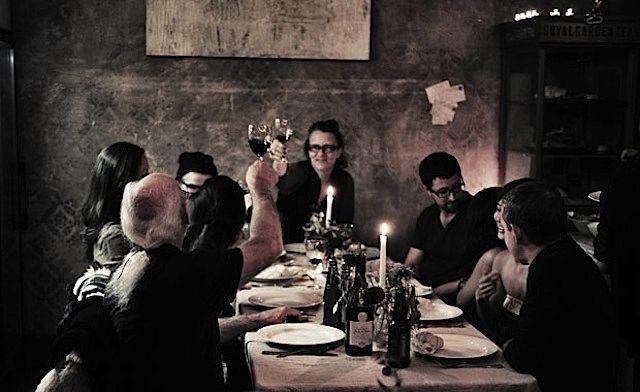 Above: Venez à la table: Most of the ingredients in the dishes came from the Le Marché store.

Expert Advice: How to Throw an Impromptu Summer Dinner Party

Beauty in Small Moments: How to Set a Simple Summer Picnic, Wherever You Are