You may have noticed Angela Liguori's vibrant shop in last November's issue of Martha Stewart Living. I certainly did, and luckily for me, she happens to work right in my own Boston-area neighborhood. So off I went to her trunk show a couple of weeks ago, where I encountered not only exquisite papers and ribbons but also a lovely woman to match.

Born and raised in Rome, Angela Liguori first apprenticed in the book arts in a studio in Bologna, where she learned the traditional style of bookbinding while simultaneously completing a university degree in Renaissance art history. Today, this multi-talented designer can be found dreaming up new wonders in her sunlit studio in Brookline, MA. Studio Carta specializes in custom-made stationery, invitations, and hand-bound, limited edition books, as well as cotton ribbon imported directly from Italy. (Angela is the exclusive importer and the only US source for these high-quality ribbons.) For information, go to Studio Carta.

Photography by Justine Hand (except where noted). 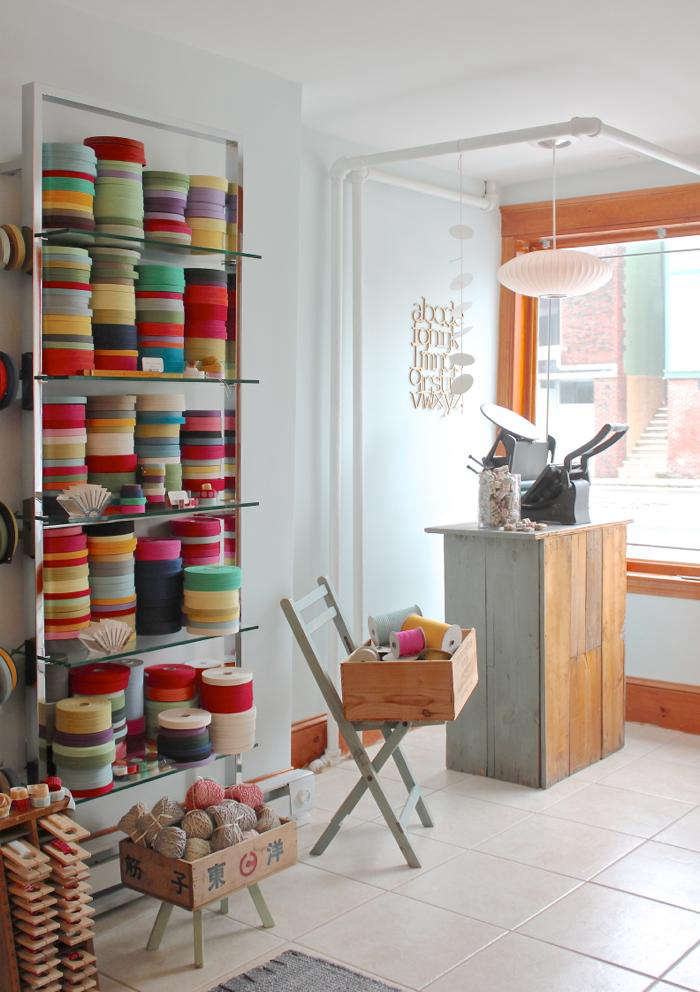 Above: A treasure trove of trimmings welcomes visitors to Angela's sunlit studio. 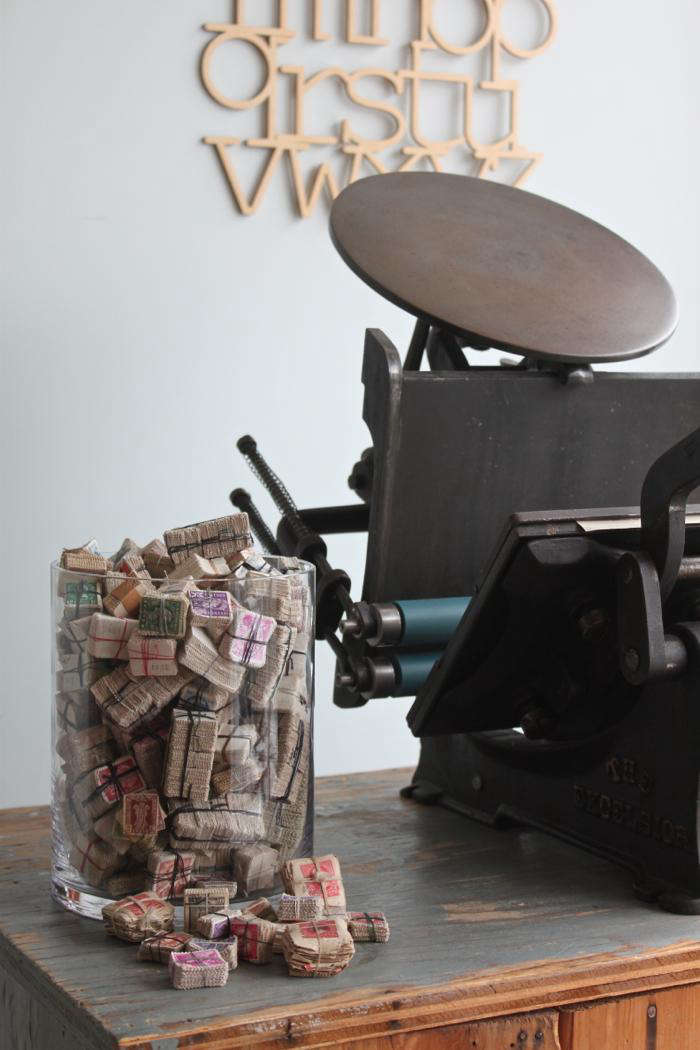 Above: Packages of antique stamps, which Angela uses for her handmade books and cards, sit next to a vintage press from 1928 (coincidentally, the same year that Angela's father was born). 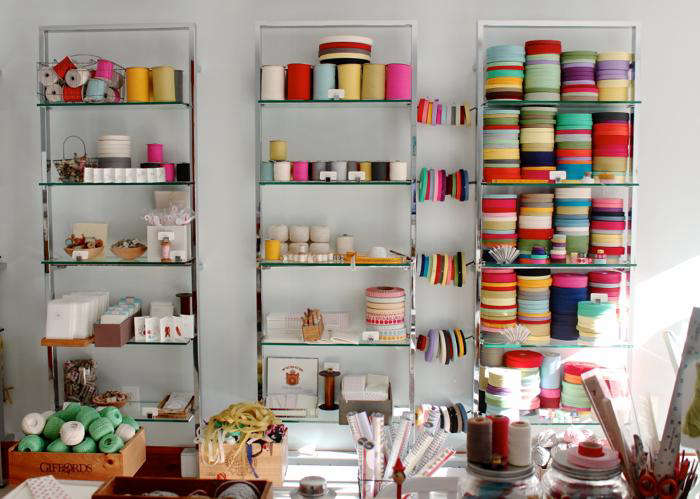 Above: Available in myriad widths, hues, patterns, and weaves, Angela's ribbon selection is so vast it's literally floor-to-ceiling. 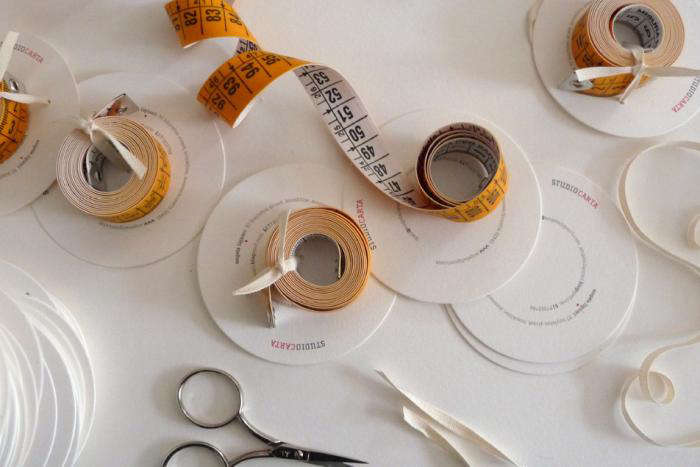 Above: Newly imported from Italy, traditional measuring tapes are an homage to Angela's mother, who was a seamstress. Photo by Angela Liguiori. 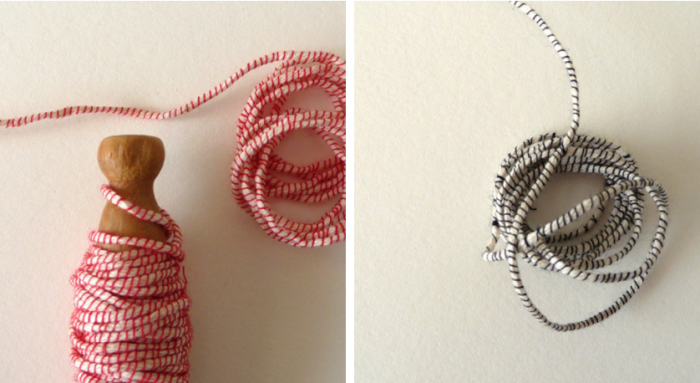 Above: Entwined around vintage clothes pins, Angela's wrapped cotton string, would make an unexpected and delightful house gift, but for more serious crafters, it's available in a 94-yard ball; $8 and $20. Photos by Angela Liguori. 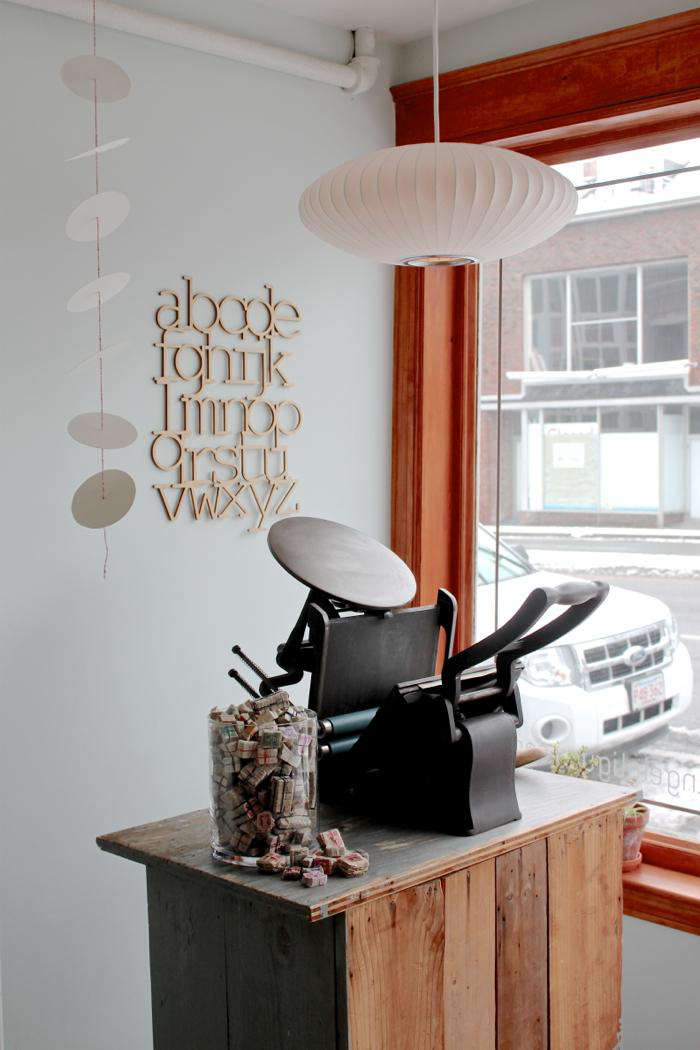 Above: In a vintage, modern, handmade melange, Bookhou's wooden alphabet and a saucer lamp by George Nelson hang over a table that Angela found on the street. 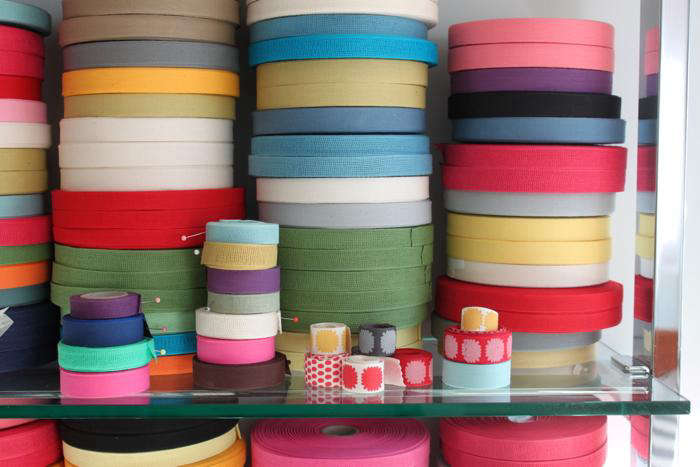 Above: All colors of the rainbow: Angela's Italian cotton ribbons are stacked neatly on a shelf alongside Scandi-style ties designed by Angela's friend and collaborator Valerie Ormiston of Pikku. 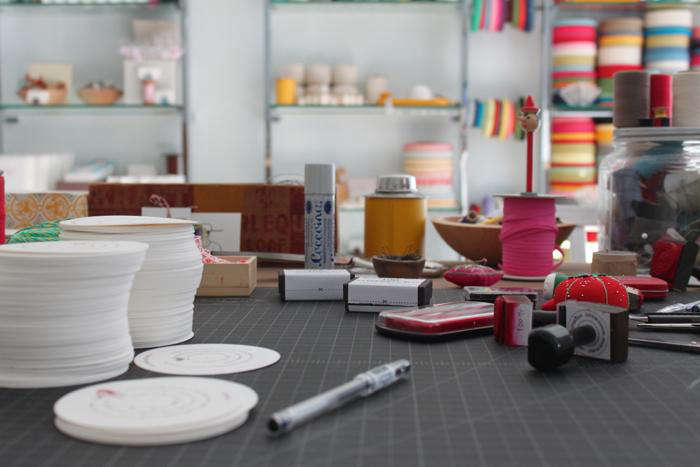 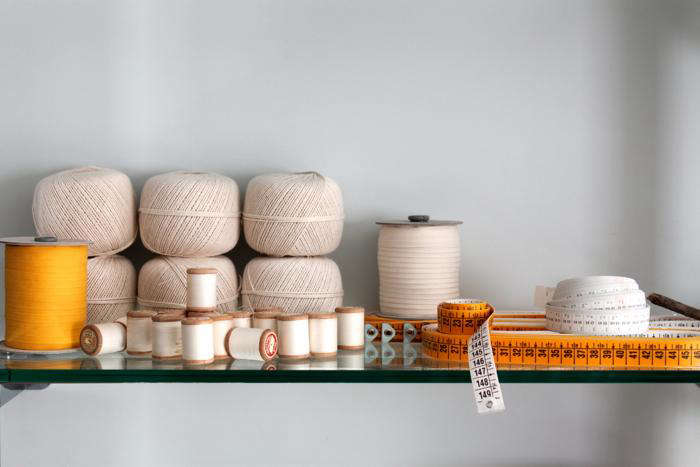 Above: For book binding and other crafts, Angela supplies cotton thread and twine. 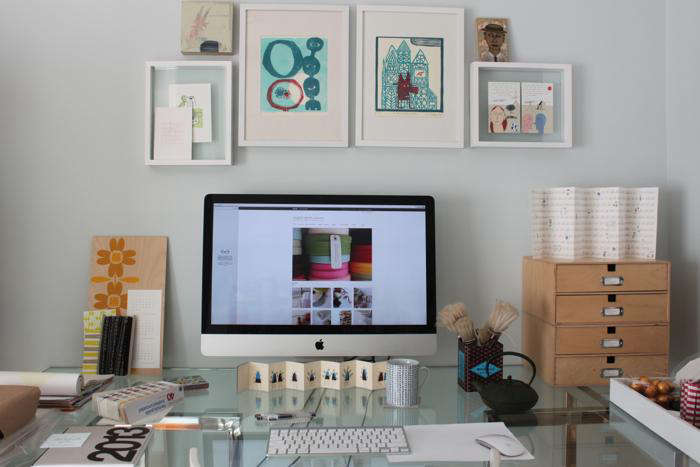 Above: Angela's desk is framed by work by friends: a calendar by Pikku and prints by fellow Boston artist Susy Pilgrim Waters.

Above: Packs of vintage stamps are also available at Studio Carta; $7. 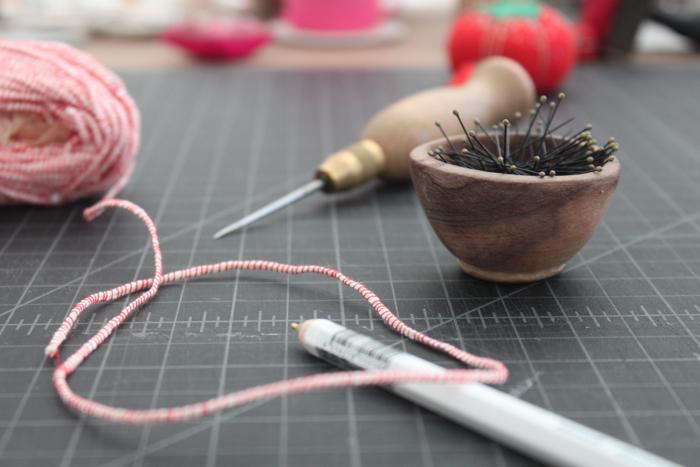 Above: Atop Angela's worktable, tools of the trade await their next task. 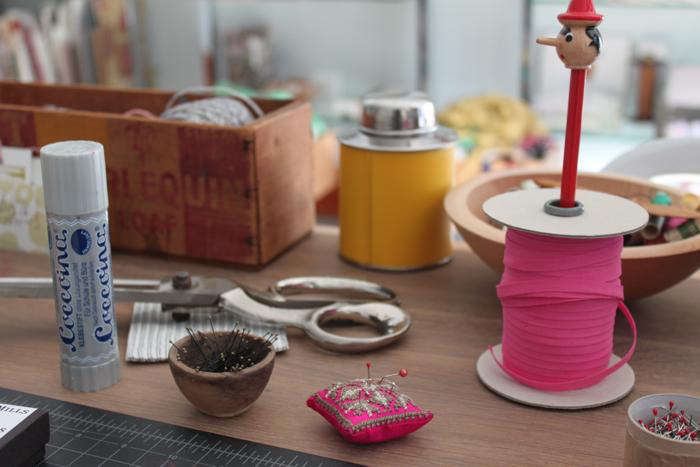 Above: One of Angela's passions, pins from Merchant Mills and elsewhere are frequently featured in Angela's packaging and projects.

A DIY Bed Made from Reclaimed Wood

A Trattoria with Charm to Spare

Steal This Look: A Creative Work/Dining Space in Copenhagen