Up-and-coming Italian designer Pietro Russo came to his profession with an ideal résumé: a painter and ceramic artist, he also has a degree in scenic design and worked on film sets in Berlin before segueing to interiors. To make his 50-square-meter–or 538-square-foot–apartment livable, he put all of his skills to work. 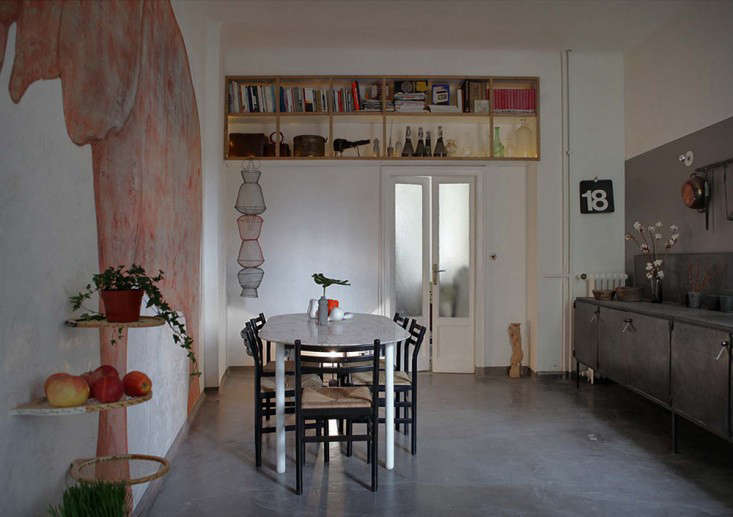 Above: The apartment is in a historic building in Milan’s Cittí  Studi district, and it required considerable scraping and refurbishing. The kitchen features Russo’s fresco-like elephant mural patterned with patches of old wallpaper. The trio of wall shelves in the foreground are made from old tennis rackets.

“Smaller rooms are always the most inviting,” Russo told Casa Vogue. “But my house is too small, so I needed to sharpen the wit–and to use limits as possibilities.” 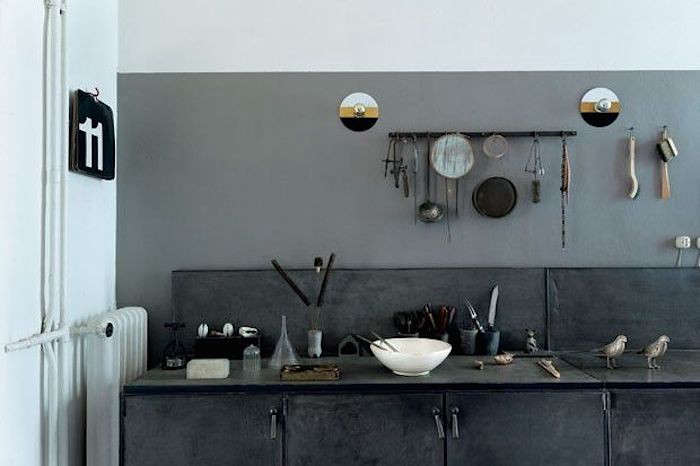 Above: The luxe-industrial kitchen is another signature Russo design made of concrete and steel. As a unifying theme, each room in the apartment has two-toned gray-and-white walls in differing widths. 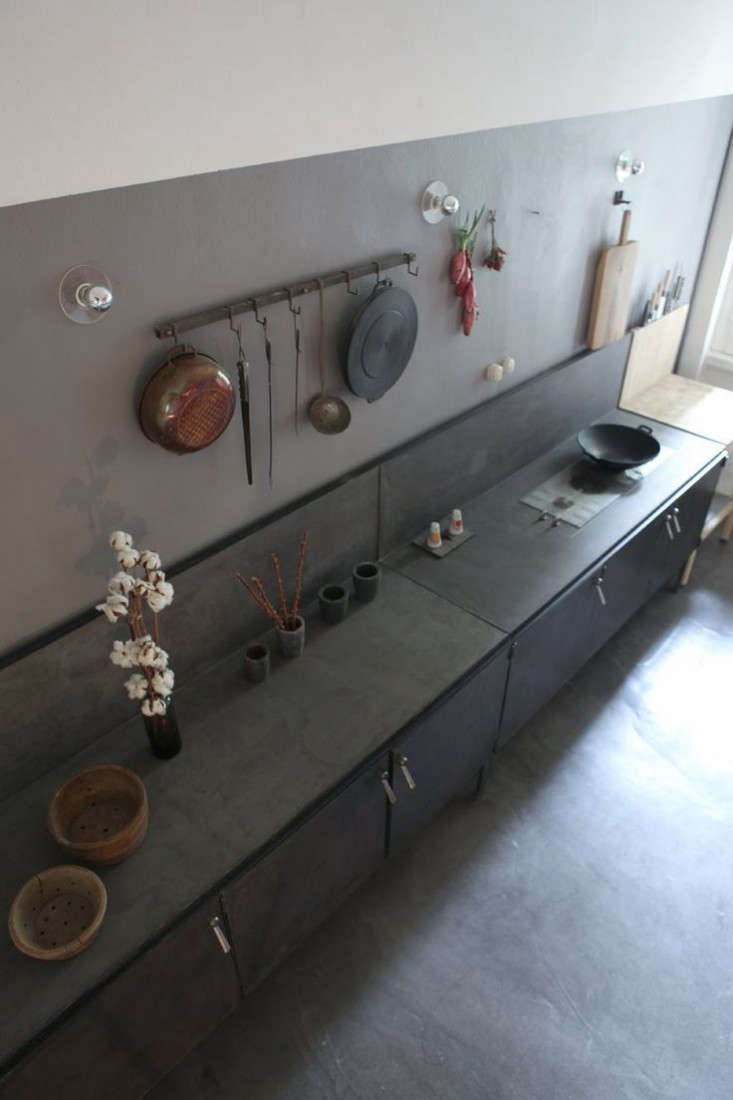 Above: Steel cabinets are topped with counters and a low backsplash of concrete with a butcher block section at the end. The utensil rack is made from a steel bar and S hooks. 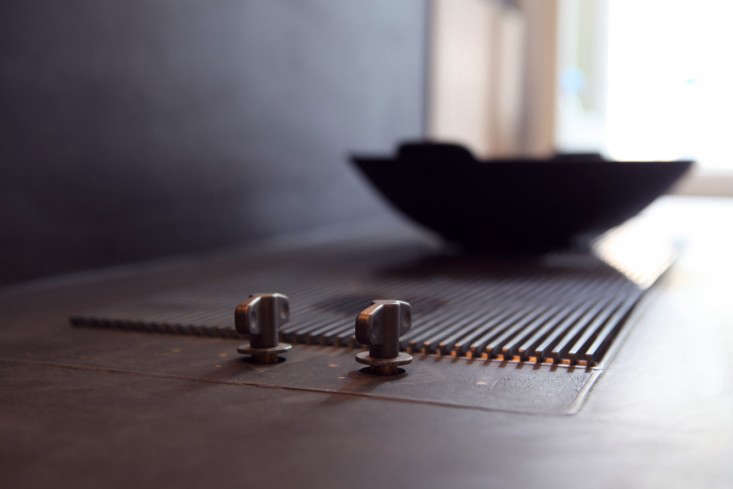 Above: The bespoke cooktop is designed for wok cooking. 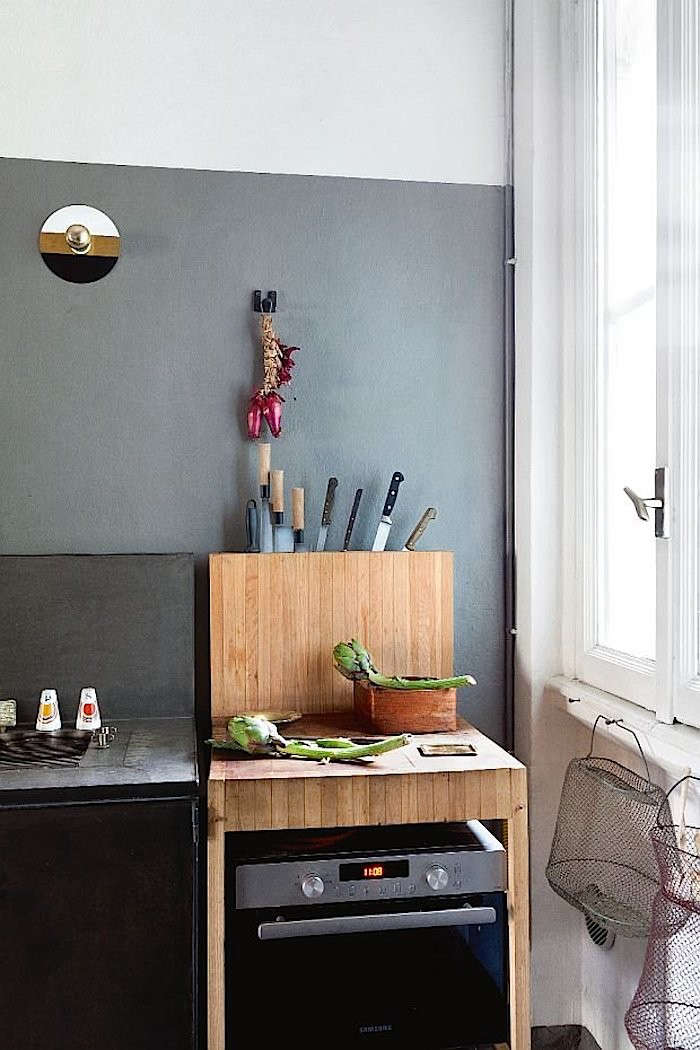 Above: A small Samsung range is positioned under the wooden counter, which cleverly incorporates a knife block. 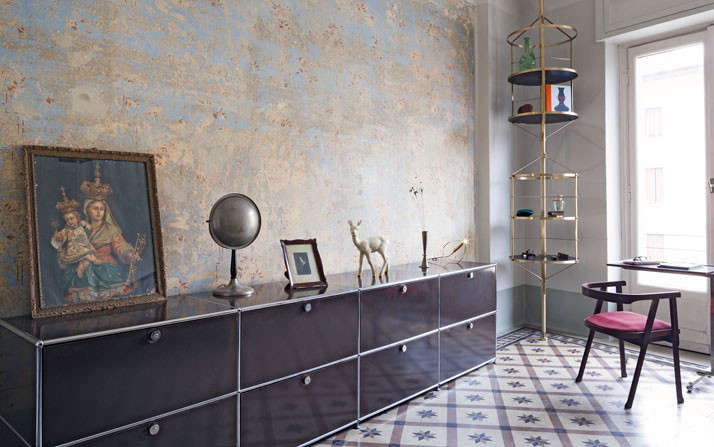 Above: The living room has its original 1940s tiled floor and wall with hints of old paint and wallpaper. The apartment is featured in the book The Chamber of Curiosity, where Russo is quoted as saying, ”Found objects are like time machines, always referencing a place, person, or ambience. Disrupting their function and decontextualizing them has always been a passion of mine.”

The sideboard is a sixties classic of powder-coated steel and chrome from Swiss modular furniture company USM. The floor-to-ceiling round shelves are the Voliera (Aviary), a Russo design modeled after birdcages. 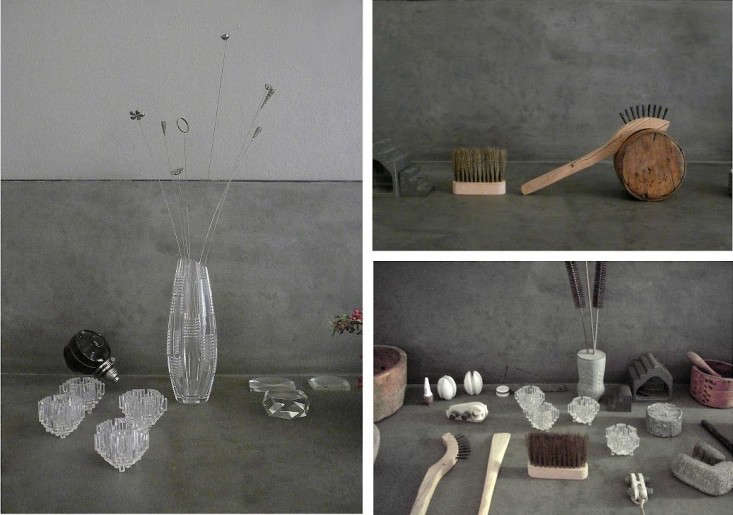 Above: Concrete serves as an ideal backdrop for still lifes of cut crystal and handmade brushes. 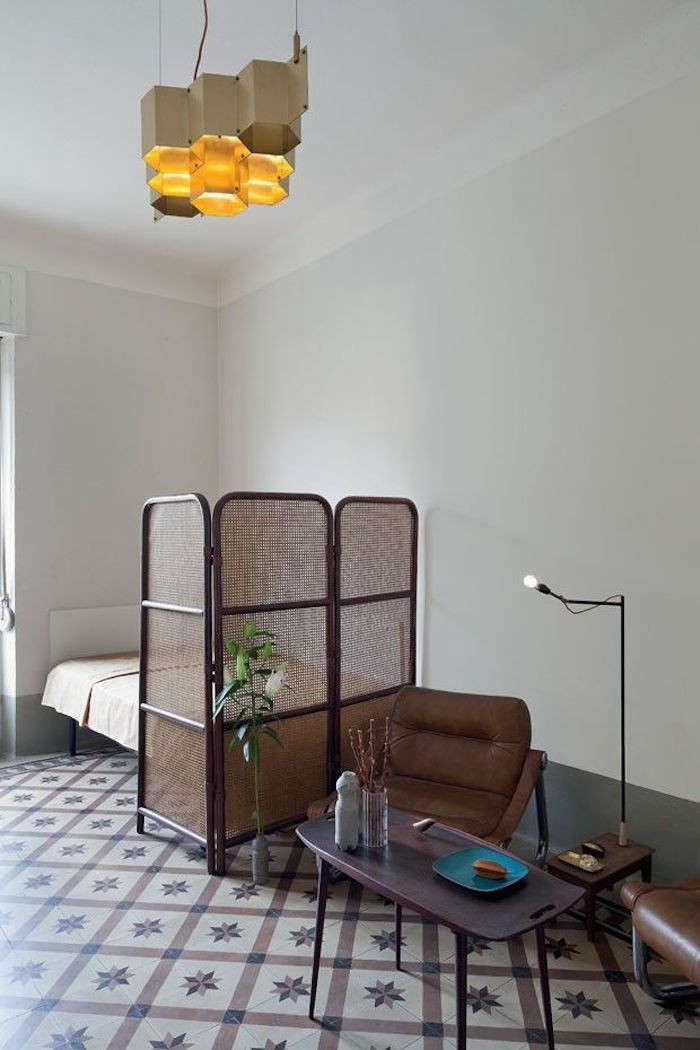 Above: Thanks to a bentwood and rattan screen, the living room discreetly doubles as the bedroom. The space is lit by Russo’s glowing brass Metropolis pendant inspired by the movie of the same name. For more of Russo’s designs, see New Lighting from an Emerging Design Star. 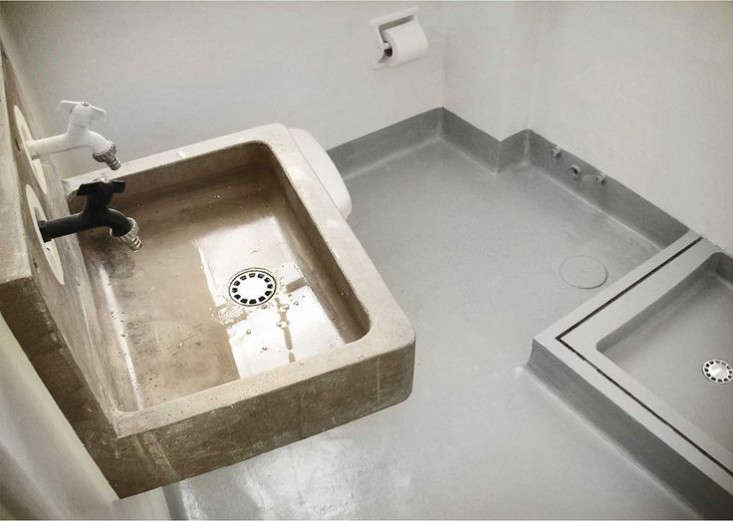 Above: Russo applied cast concrete and a subtle gray-and-white combination in the bathroom. He used industrial nozzles and inserted the same simple drain in sink and shower. 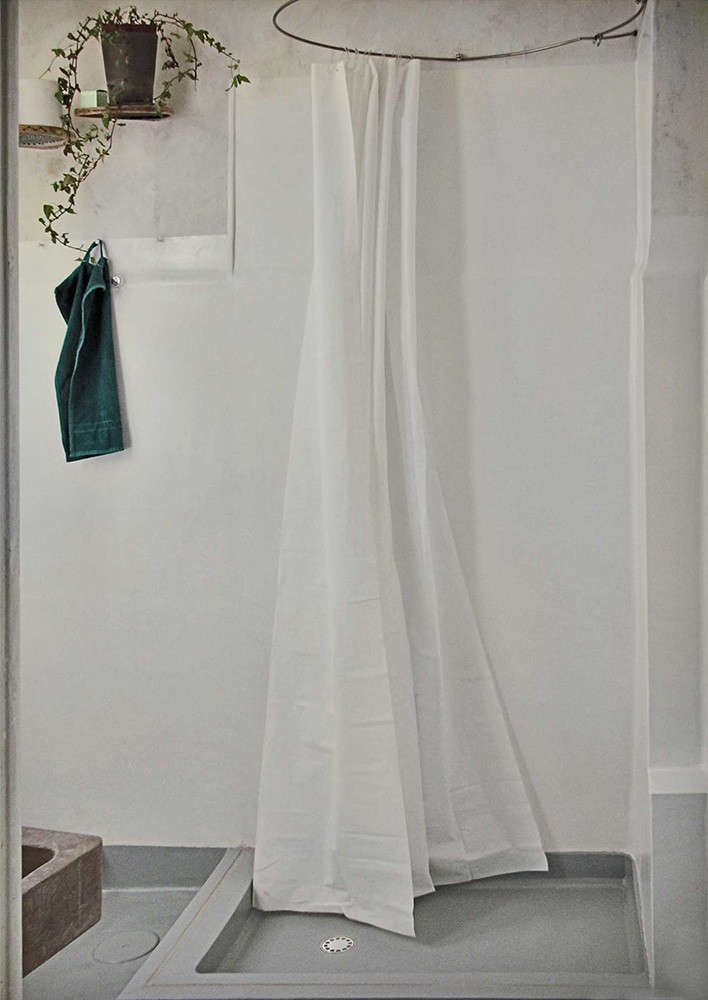 Above: The room is detailed with a homemade circular shower enclosure and tennis racket shelves. Go to Pietro Russo to see more.

For a kindred (but older) kitchen design, see UK chef Alastair Hendy’s Trendsetting London Kitchen. And go to our Italy archive to see more of our finds, including Archiplan Studio’s Atmospheric Villa Remodel.

The Chamber of Curiosity

Table of Contents: The New Glamour

Design Idea to Steal: A DIY Headboard from a Natural-Fiber Rug