Gordon, who grew up in the Adirondacks, spent his childhood on Lake Champlain, where he developed an appreciation for the guideboat. “They’re the fastest fixed-seat rowboat in the world,” he says. A few years ago, he acquired a rare 1892 J. H. Rushton guideboat and became entranced with the idea of creating an authentic, handmade rendition of the boat. With Guideboat, he’s offering a trio of handmade boats (two other models in addition to the Guideboat), as well as an assortment of nautical goods, ranging from a $5 box of Stormproof matches to a handmade $315 foul weather jacket from Stutterheim in Sweden.

Gordon’s doing something right: When we stopped in last weekend, Josh–that would be my husband–who is normally allergic to shopping, bought a watch (the Bertucci Field Watch, to be precise). For more information, go to Guideboat.

Photographs by Katie Newburn for Remodelista, except where noted. 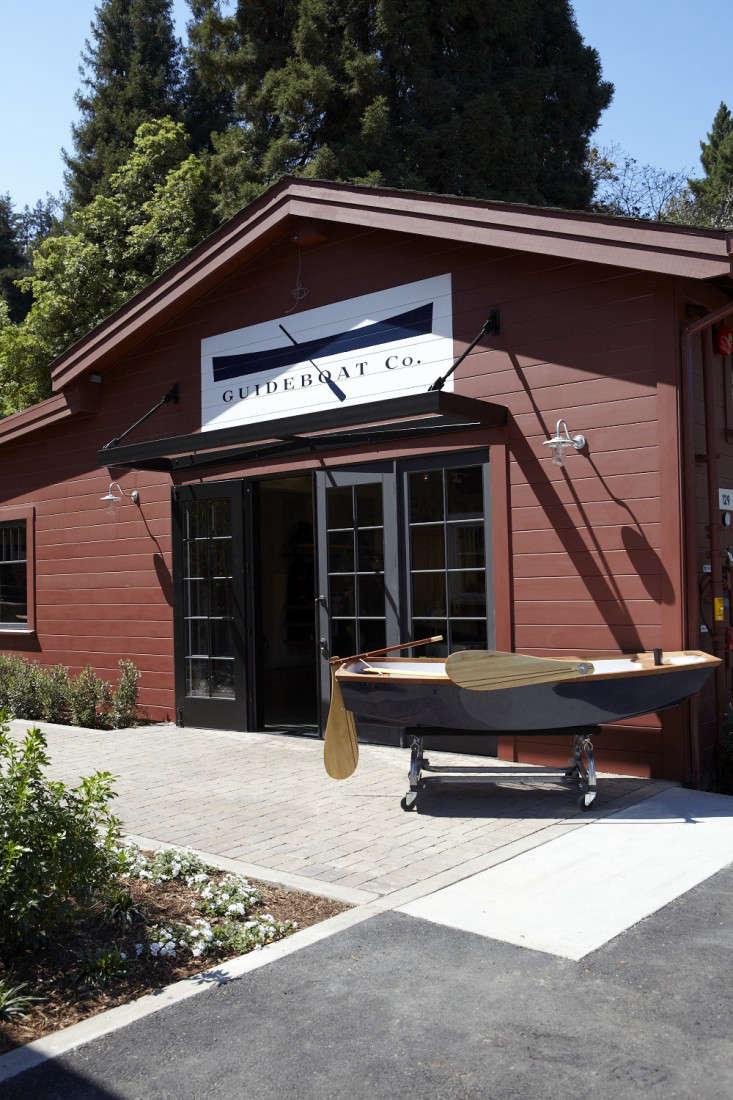 Above: The Guideboat flagship occupies a former cabinet shop on the site of what had been the Mill Valley Lumberyard. 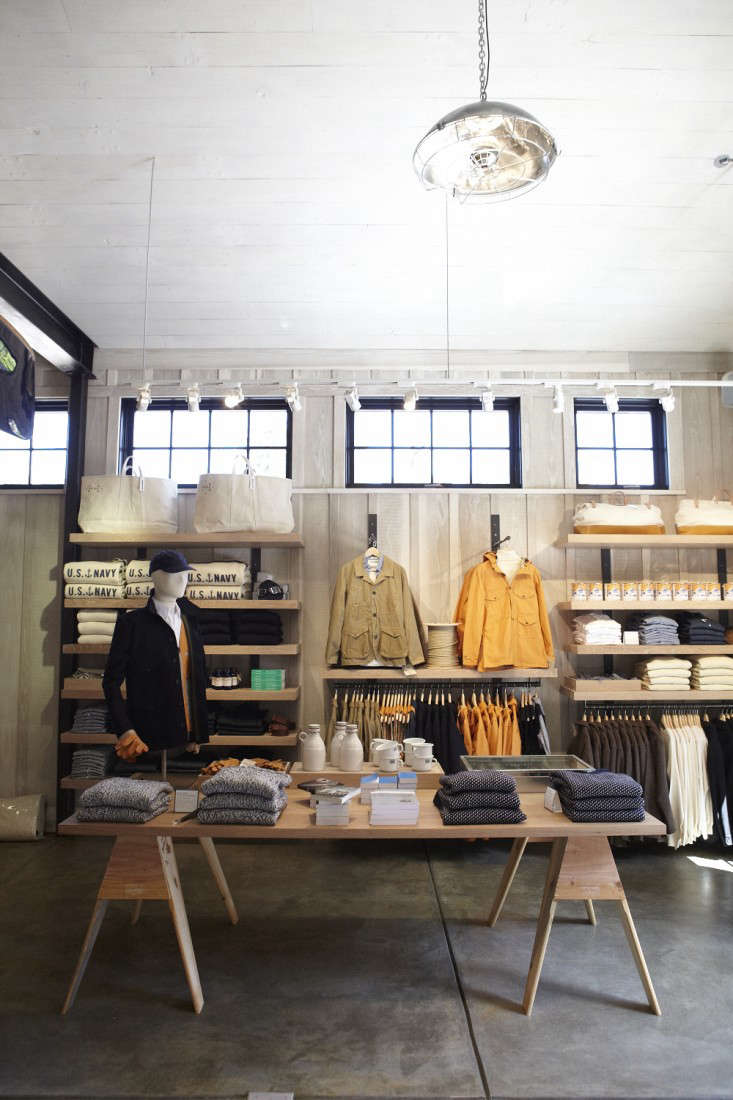 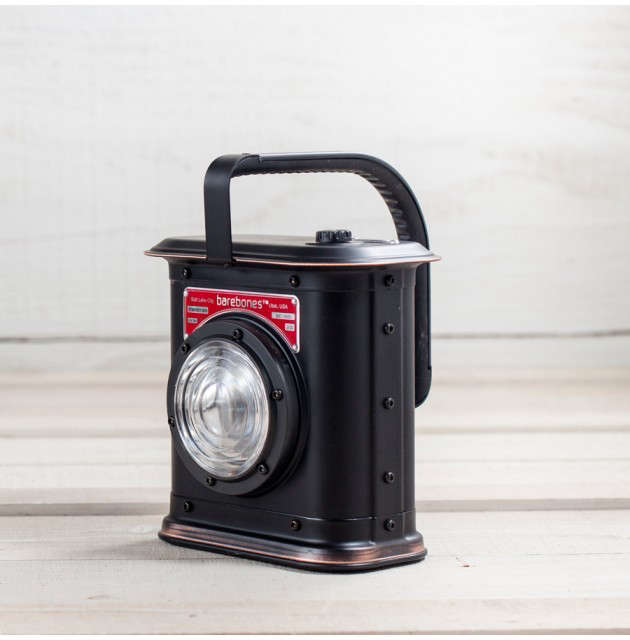 Above: The stainless steel Canyon Lantern in black is $80. Photo via Guideboat. 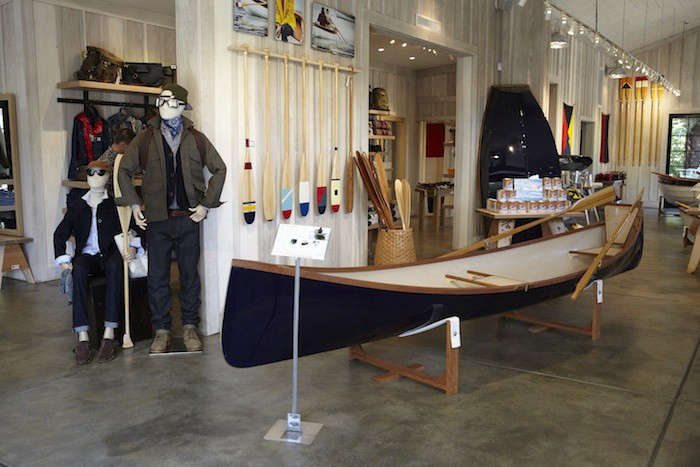 Above: Gordon’s California-built Guideboat features hand-joined, oil-rubbed American cherry trim and is finished in midnight blue. “Before the Hamptons, the wealthy summered in the Adirondacks,” Gordon says. “Guideboats were the only way in and out, ferrying the Roosevelts and the Rockefellers to their Great Camps.” 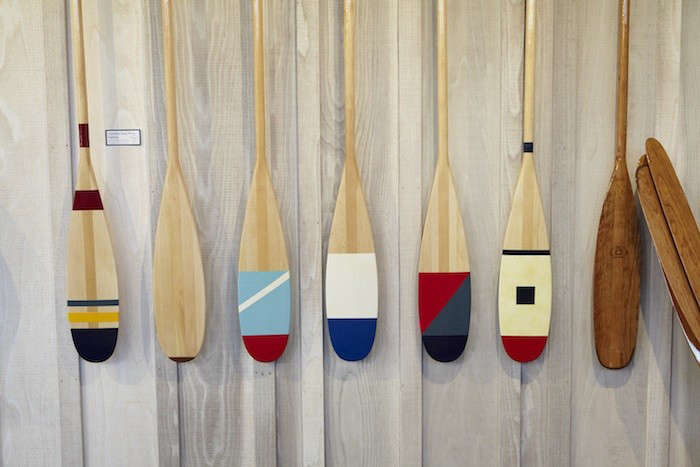 Above: Gordon’s team hand paints the Limited Edition Oars and Paddles on site. 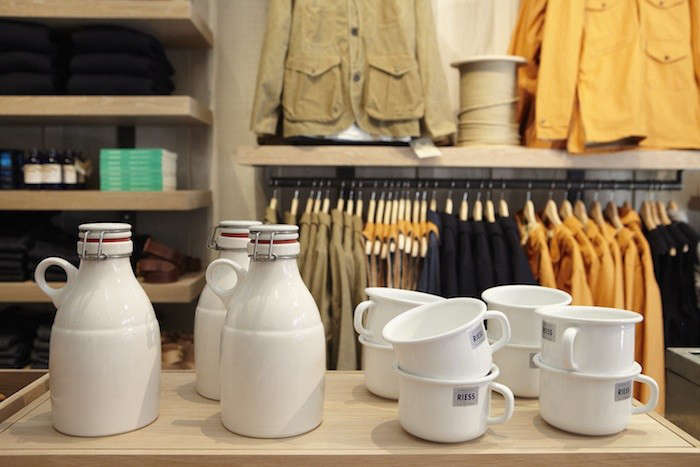 Above: Handmade Portland Ceramic Growlers (available in white or black) are $60 each. Porcelain Enamelware Mugs from Riess in Austria are $25 each. 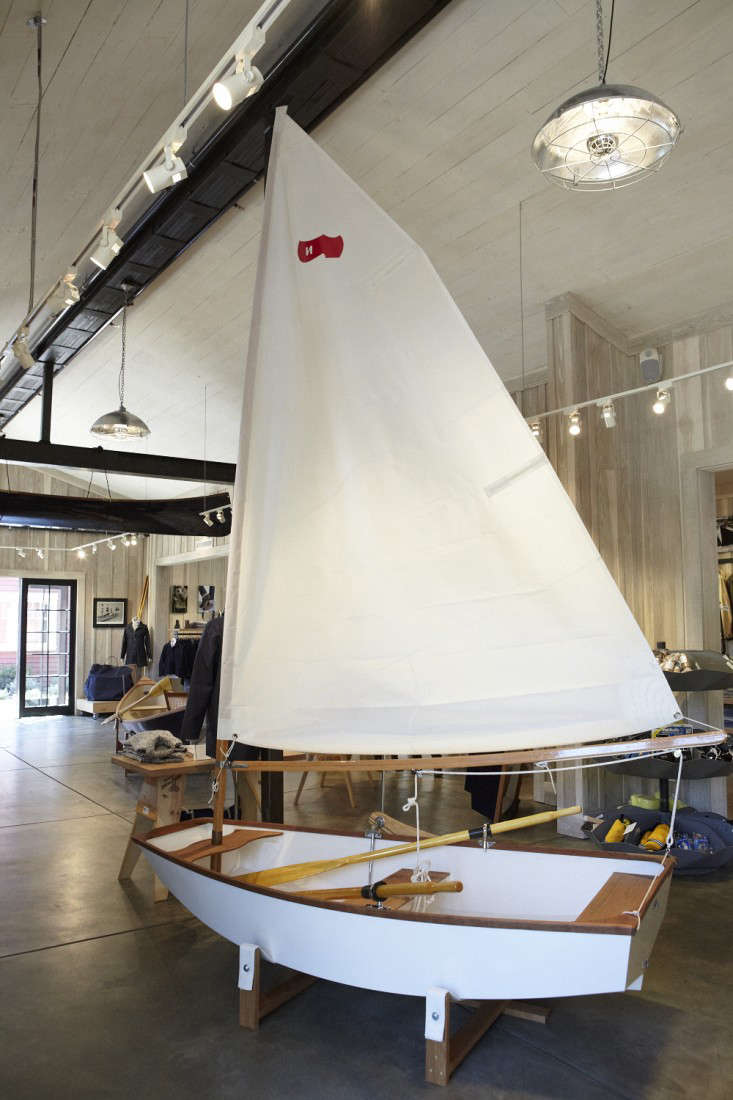 Above: First built in the 1940s, the 8-foot-long Naples Sabot was named for the district of Long Beach, CA, where it was developed and launched. “It was referred to as a budget-sized yacht when it was introduced,” Gordon says. “It’s small, wicked fast, and maneuverable under sail.” 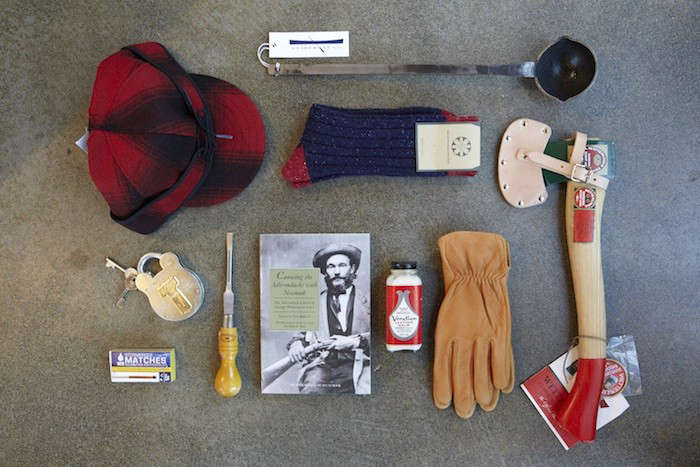 Above: A selection of smaller goods on offer, including books (Canoeing with Nessmuk; $19.95), Venetian Shoe Cream ($8), and Stormproof Matches ($5). 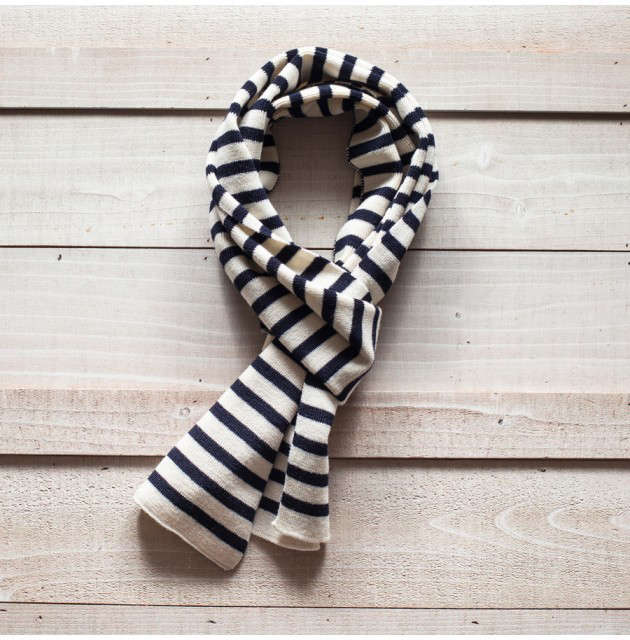 Above: The 100-percent wool Scarf Bretagne is $55. Photo via Guideboat. 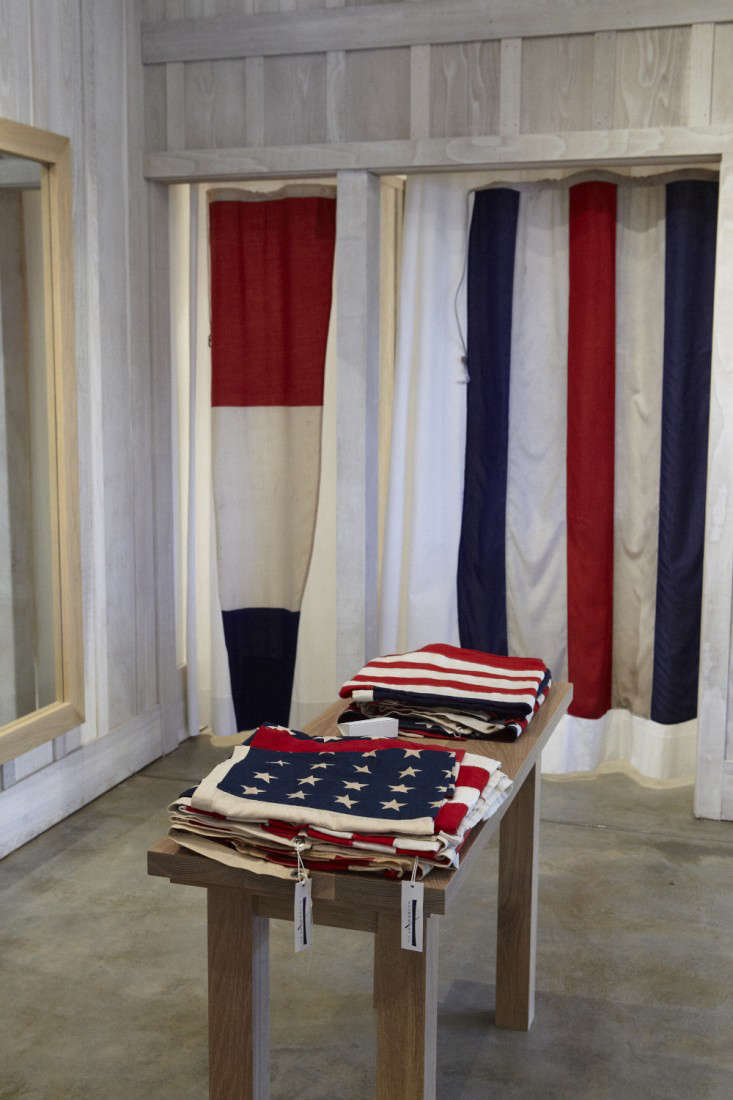 Above: Dressing room curtains are made from vintage flags. 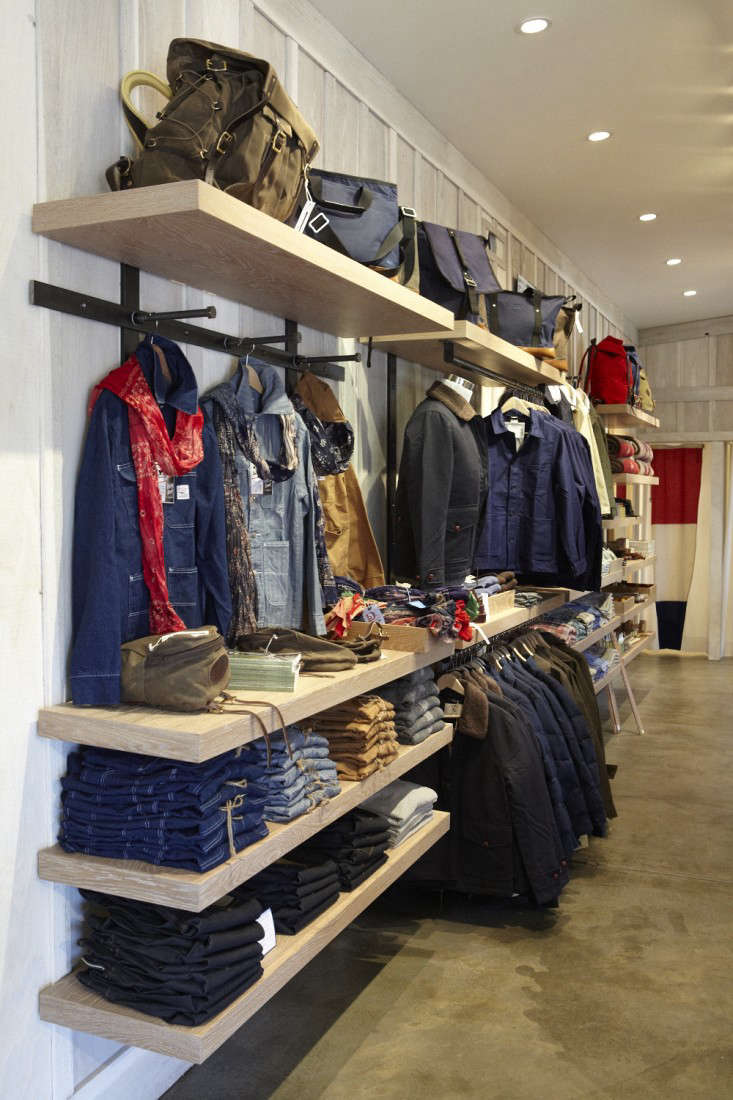 Above: A selection of outerware for men, ranging from a Washed Denim Chore Coat ($95) made by the Pointer family in Bristol, Tennessee, to a Navy Tote Jacket ($325) hand tailored by UK-based Guild of Labor. 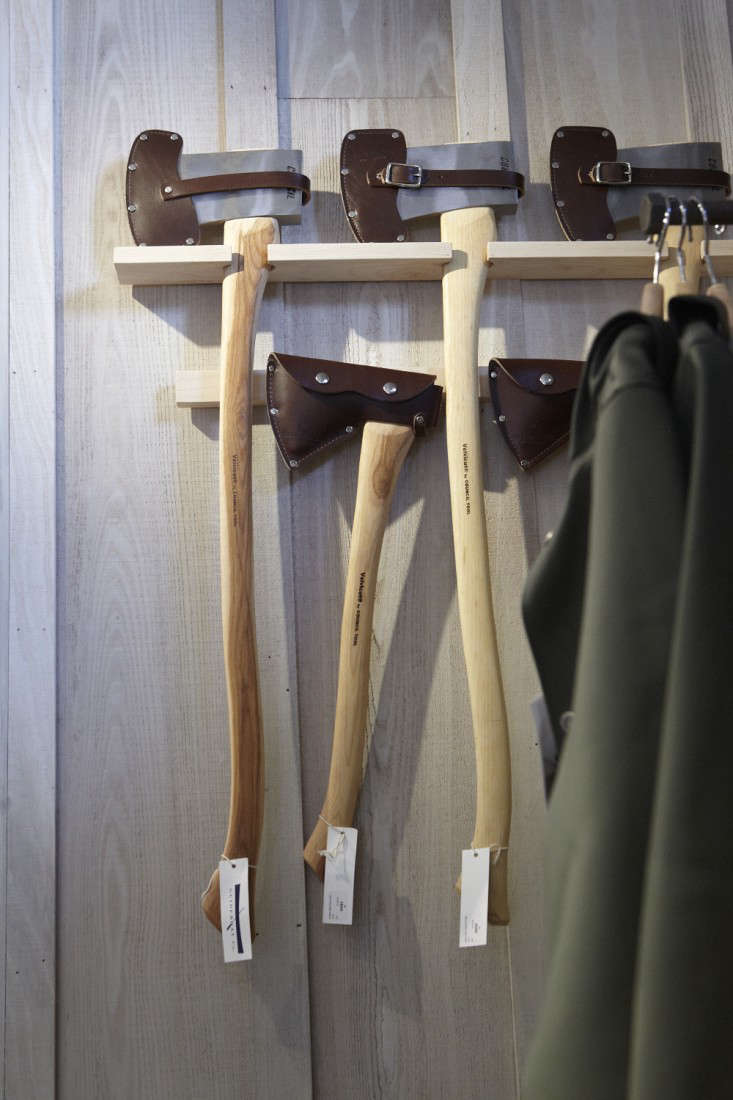 Above: Made in North Carolina, the American Felling Axe is $175 and comes with a leather sheath. 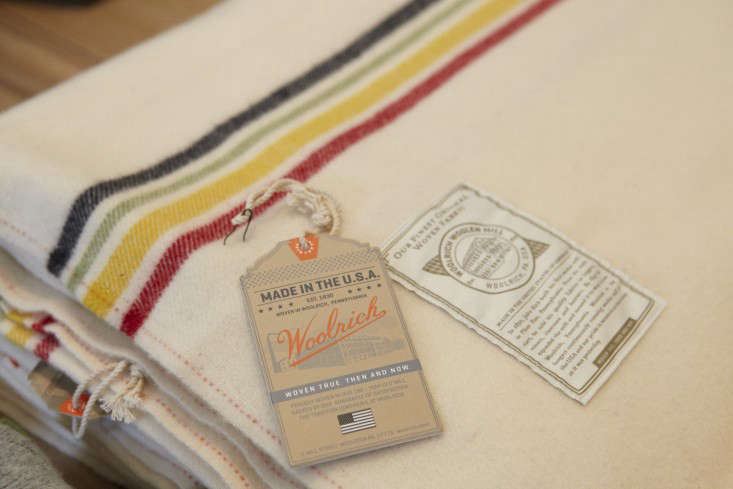 Above: Woolrich’s 100 percent wool Allegheny Blanket, made in Pennsylvania, is $135. (Read about another classic in Object Lessons: The Hudson’s Bay Point Blanket.) 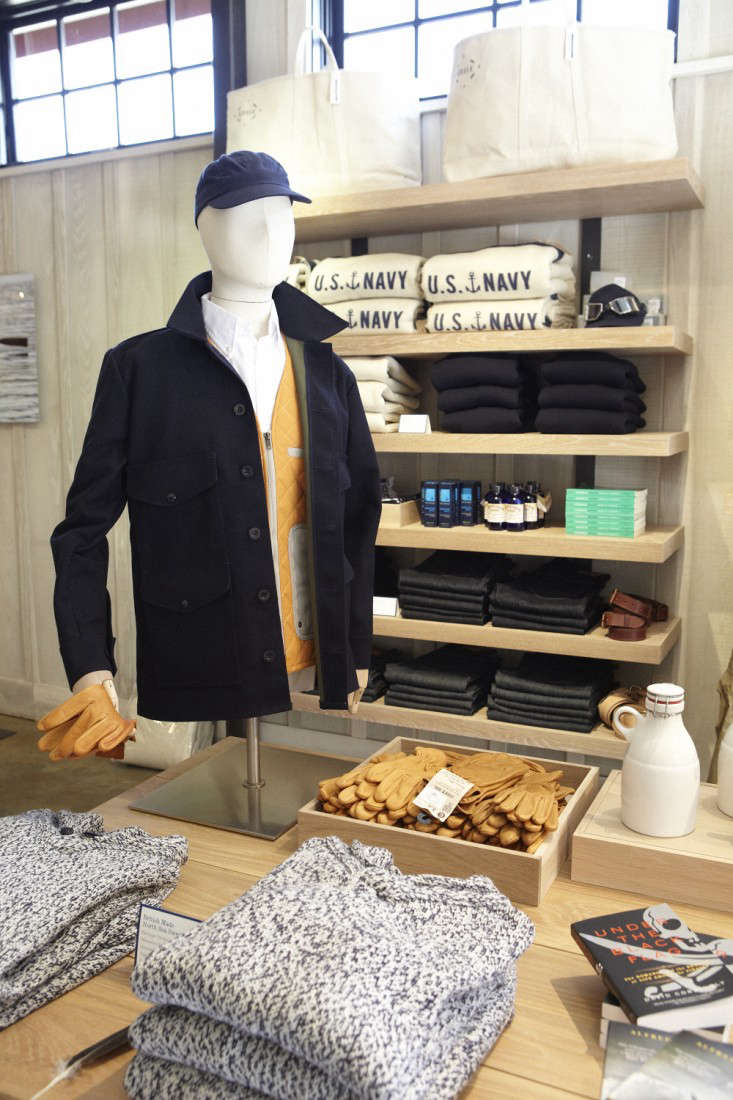 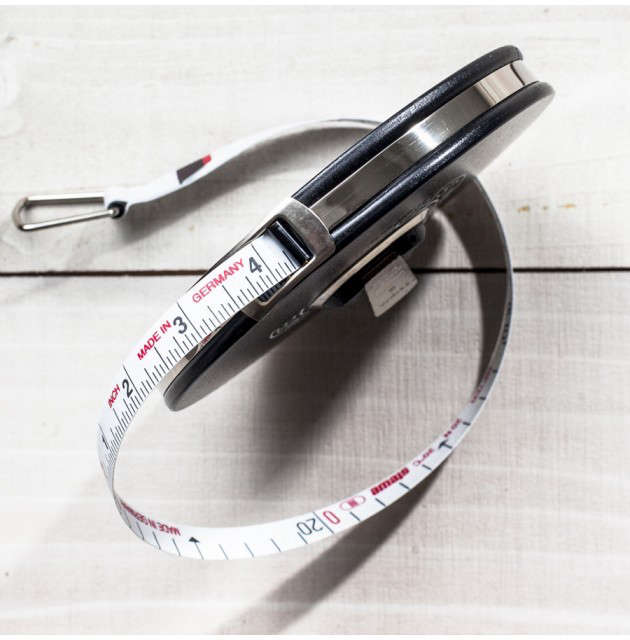 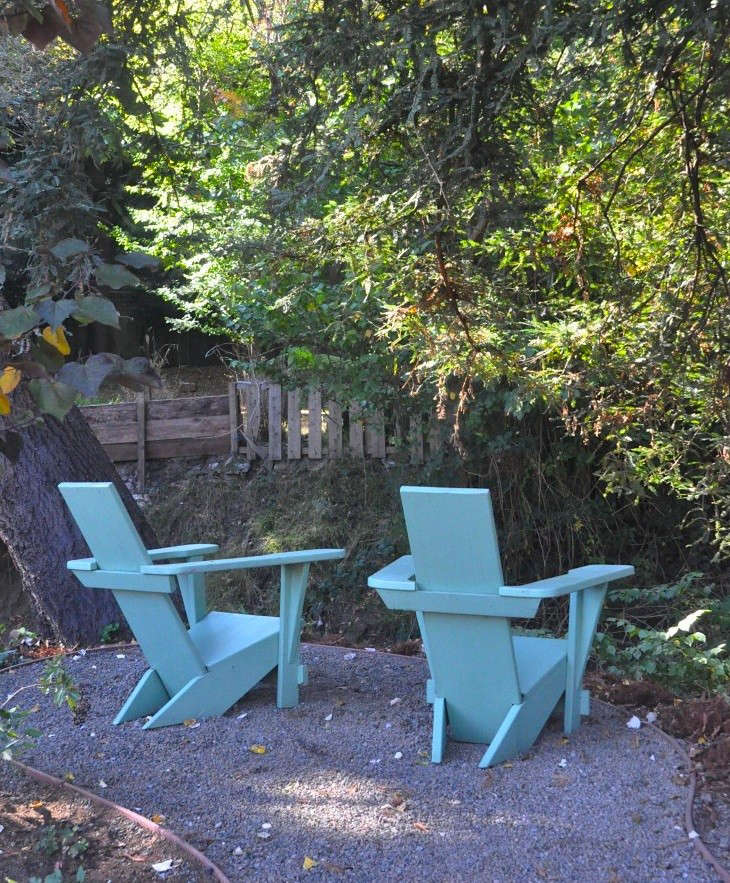 Above: Gordon is planning to offer reproduction 1909 Willsboro Adirondack chairs, based on the original specs, made of marine plywood and finished with durable high-gloss marine paint. Photograph by Cynthia Pillsbury.

For more design ideas with a maritime twist, see all our Nautical Style posts, including 7 Scandi-Style Bath Products, Nautical Edition and 5 Favorites: Summer Boathouse Roundup. On Gardenista, have a look at A New Storage System–from the Sea and Sails as Awnings.

The Wood House: A Midcentury Work in Progress in Westchester