For the nautically inclined, the word "Optimist" conjures up images of small sailing boats on the seaside. That is just what chef Ford Fry is hoping to achieve.

The Optimist Restaurant and Oyster Bar (named after a small type of sailing dinghy) in Atlanta is the latest venture of Fry. With the help of designer Smith Hanes, and collaborations with several local artisans like graphic designer Alvin Diec, he has created a space that aims to transport diners to a seaside town. The restaurant is housed in a former ham-aging facility that was painstakingly renovated to preserve the integrity of the old space, while injecting a decidedly nautical personality reminiscent of an old fish camp. There are two distinct dining spaces: the main restaurant and a beach-shack inspired oyster house.

All images, except where noted, by Andrew Thomas Lee via the Optimist. 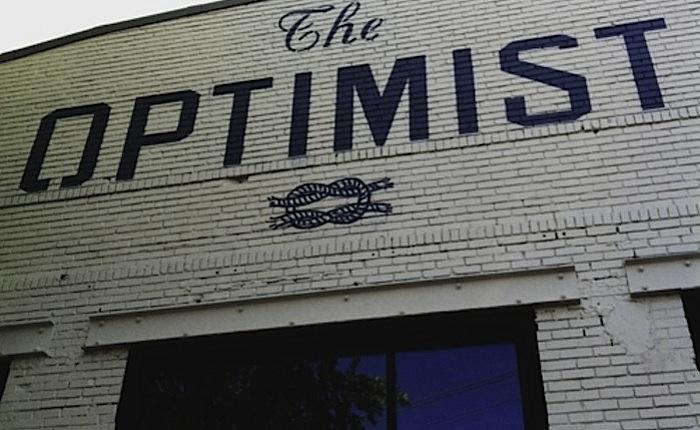 Above: The Optimist Restaurant and Oyster Bar in Atlanta. 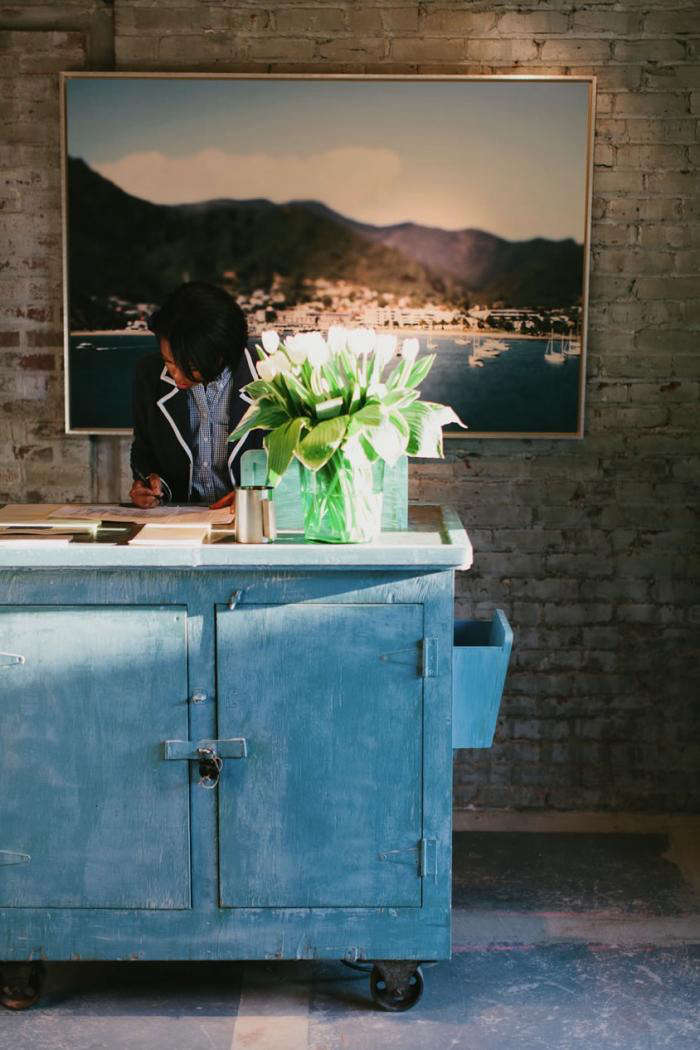 Above: A vintage piece on wheels used for the reception desk. 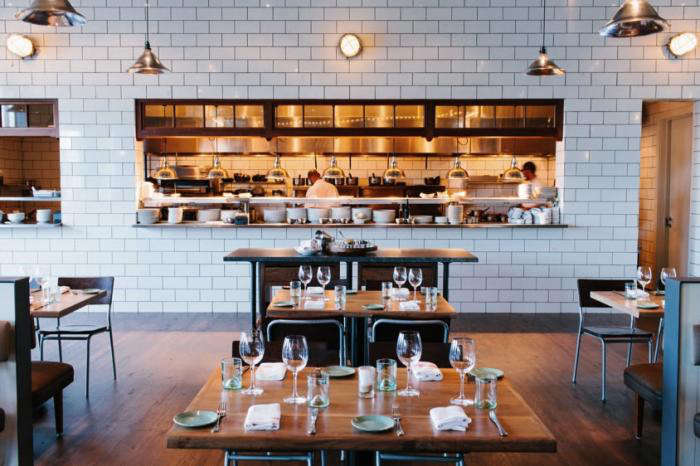 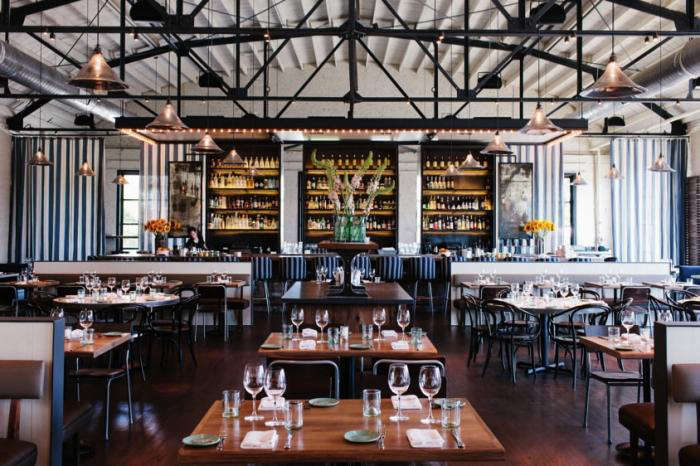 Above: The main dining room, anchored by the bar at one end. 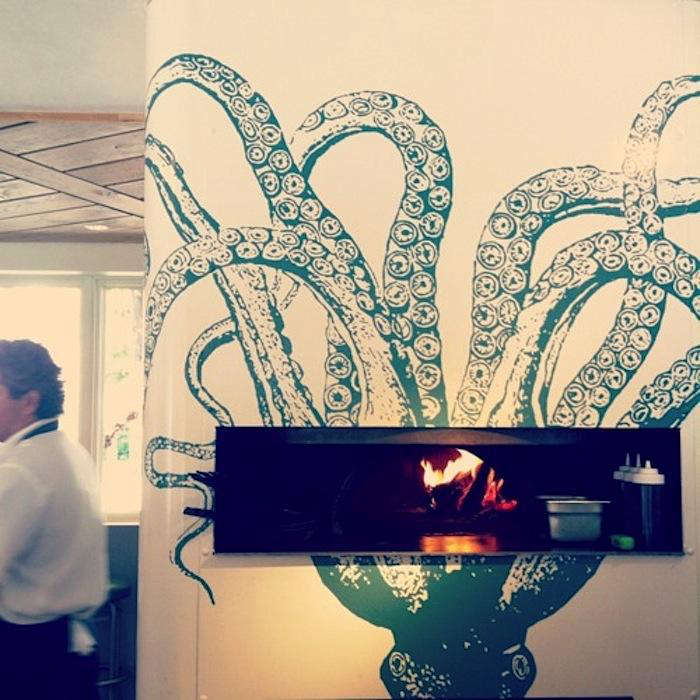 Above: A sea creature graphic wraps the oven. 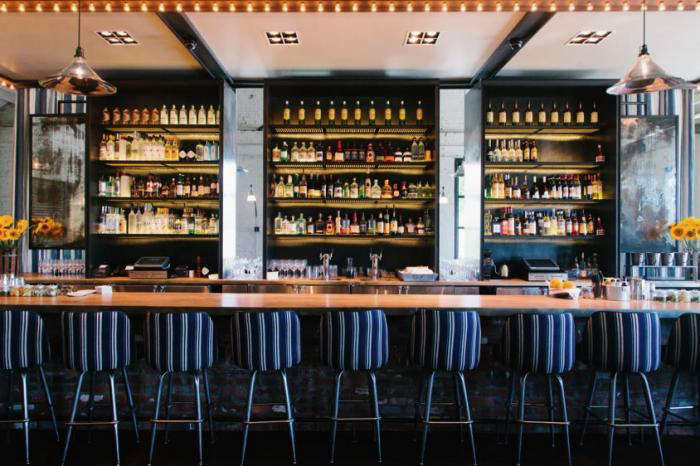 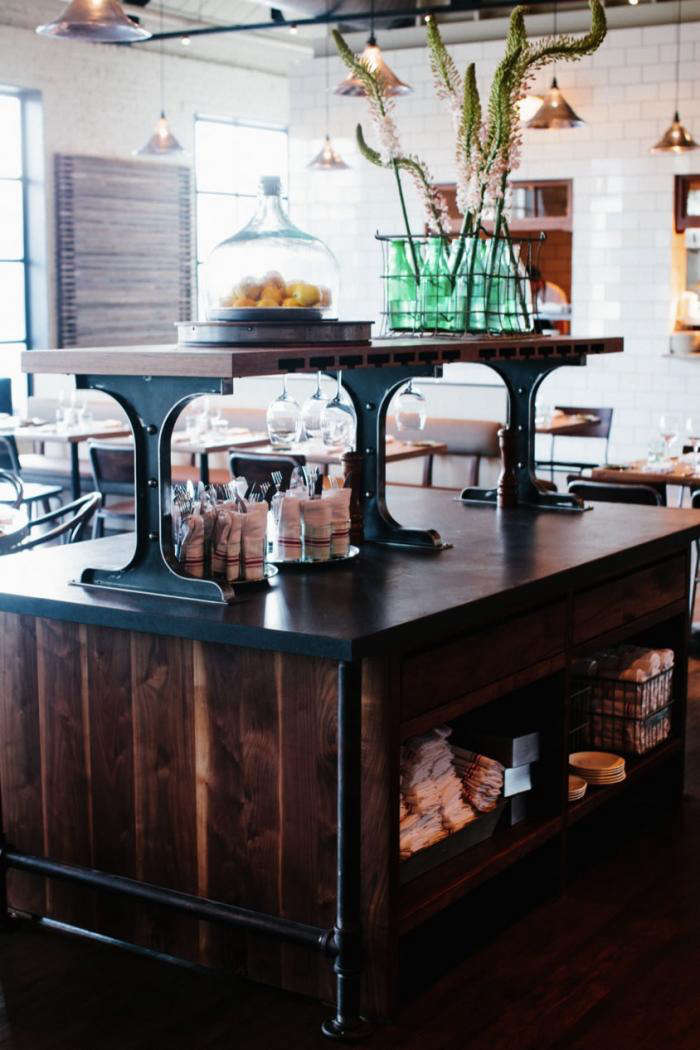 Above: Much of the furniture was designed by Skylar Morgan (commissioned by Smith Hanes). The servers’ stations were made in Skylar Morgan’s signature oiled walnut. In the background, reclaimed lumber is reimagined as crab-trap-like wall hangings. 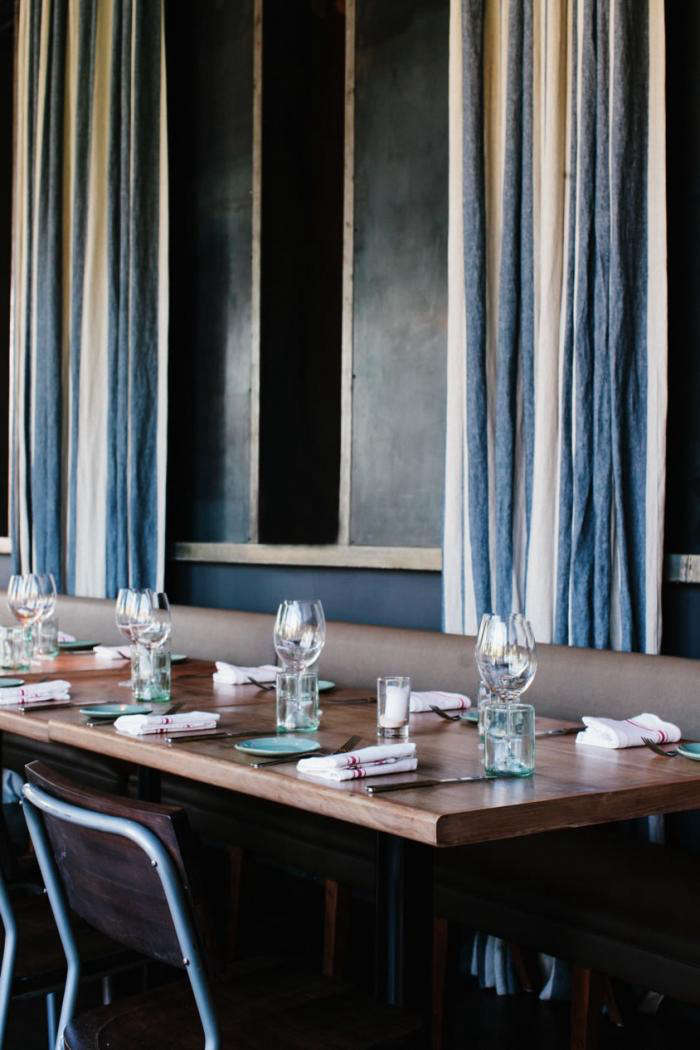 Above: Upholstered banquettes add a touch of formality to the dining room. 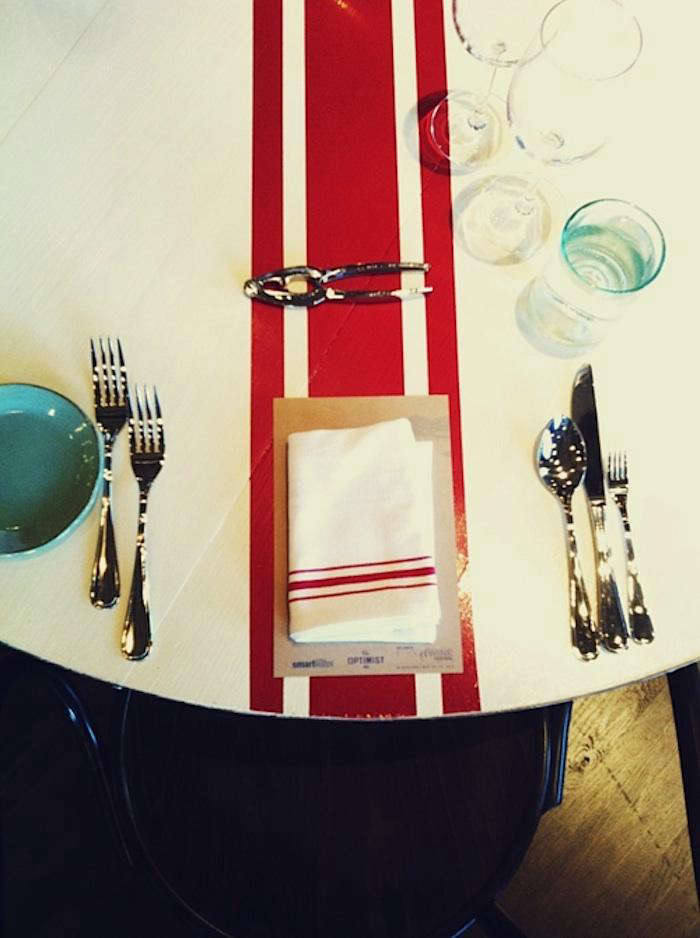 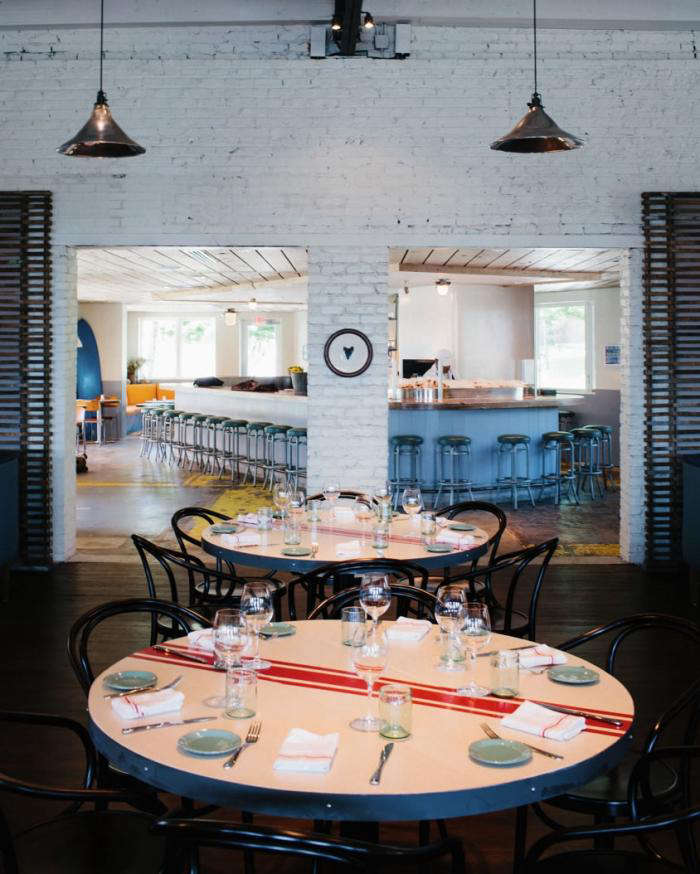 Above: A view from the dining room into the oyster bar. 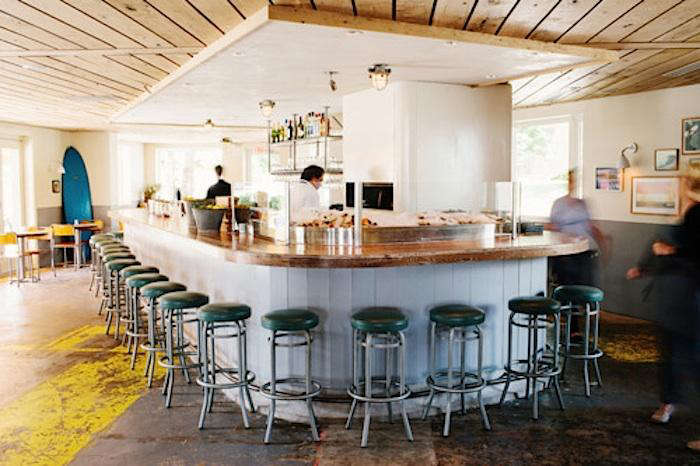 Above: The Oyster Bar has a casual beach-shack sensibility. The bar is topped by light wood with a custom limestone wash that appears weathered by sea air. Surfboards are tucked in corners. 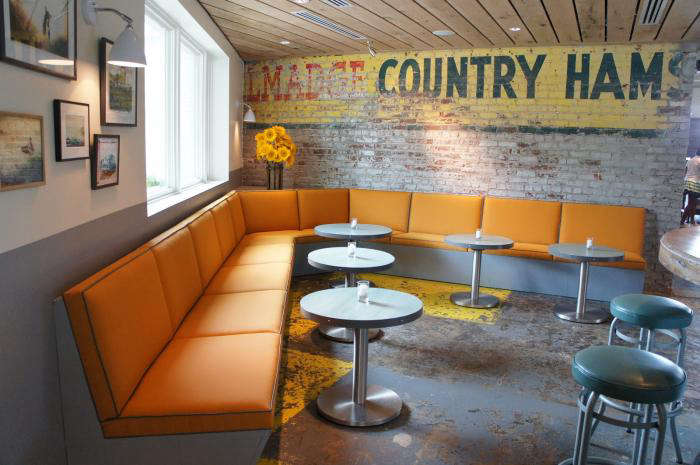 Above: Bench seating and a wood-slat ceiling adds to the beach lounge feel. An homage to the buildings roots remains on the brick wall. Image via Ultra Epicure. 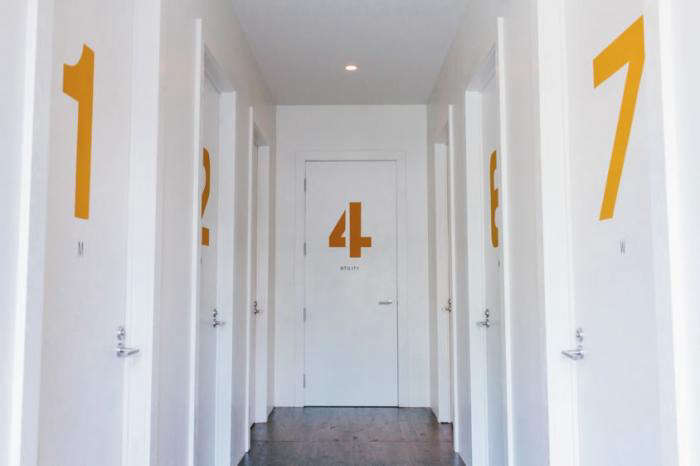 Above: Graphics inspired by sail numbers adorn the washrooms and utility rooms.

An Antiques Collector's Garden in London