Join us for a tour of Nix, a reimagined vegetarian restaurant from the guy who walked away from Anna Wintour’s job. James Truman, the roving style arbiter and former editorial director of Condé Nast, has been quietly consulting on restaurants the past few years (he’s a stealth foodie who worked with Ruth Reichl during the glory days at Gourmet). His latest project is Nix, the recently opened downtown NYC vegetarian restaurant with Michelin-starred chef John Fraser manning the kitchen.

“For Nix, we felt our roots were American, and especially Californian, where vegetarian restaurants and the whole health/environmental movement were born in the seventies,” Truman says. He turned to architect Elizabeth Roberts, who is known for her enlightened Brooklyn brownstone remodels, to orchestrate the interiors. “James had many ideas about what he did not want the restaurant to be,” Roberts says.

Truman didn’t want an agrarian “fantasy of the past,” as he calls it, “with reclaimed timber walls and ceilings, populated by bearded servers in artisanal butcher’s aprons.” But he also didn’t want a midcentury throwback (“it’s a style that has taken the design world hostage”).

The team came up with “a room that feels clean, fresh, and sensual,” as Truman says, with plenty of seventies flourishes made modern. “He really pushed me to create something that worked for his project but that also felt just right to me,” Roberts says. See more at Nix. 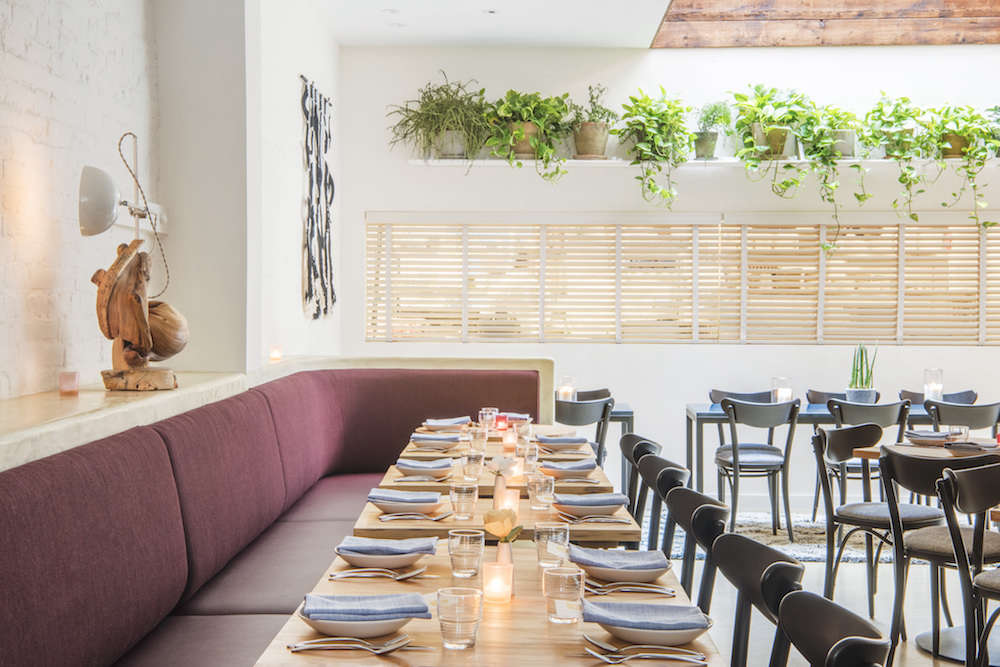 Above: Paper flowers by Livia Cetti, sourced from John Derian‘s New York shop, grace the tables. (Coincidentally, we dropped in on Livia a couple of weeks ago; take a tour of her bohemian mod NY house here.) 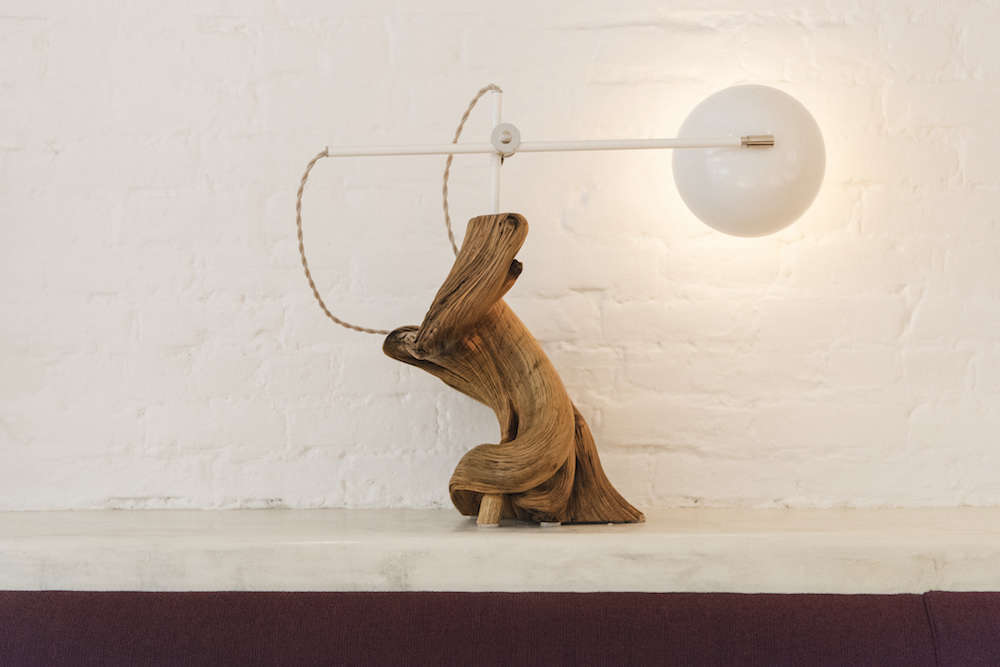 Above: “We spent months and months looking for the right lamp, and just couldn’t find it,” says Truman, “largely because it has become almost impossible to find a well-designed lamp that doesn’t look like it was made in Scandinavia between 1945 and 1960.” Eventually, he found some vintage 1970s-era lamps on Etsy and sent them to Roberts. “Elizabeth, as is her wont, came back with a much better idea,” he says. She found some sinuous California juniper burl bases and her team spent many hours creating fixtures of their own design. 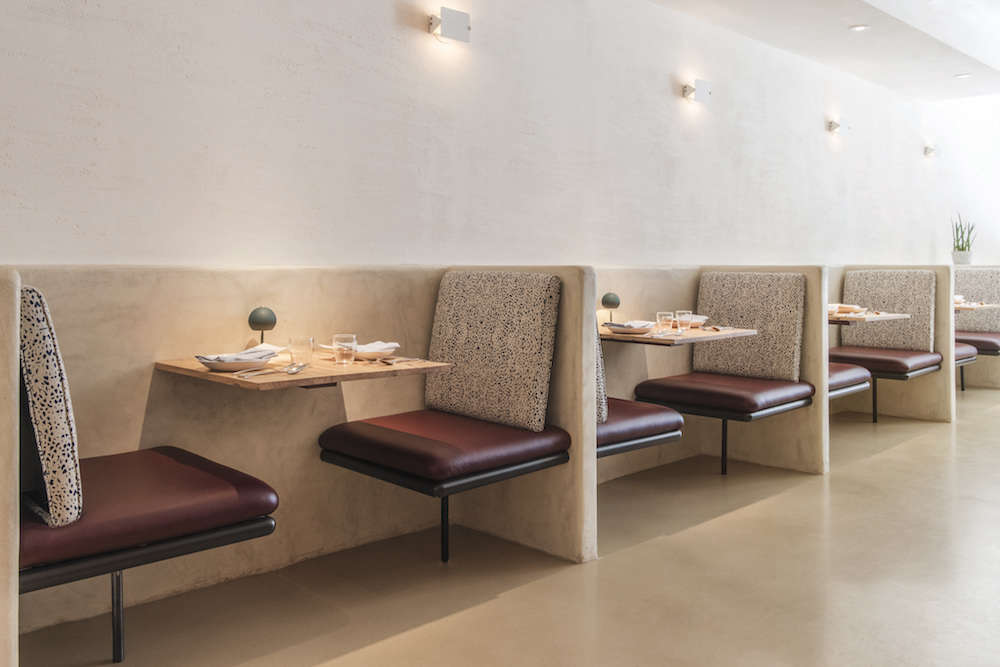 Above: A row of democratic two-person, railroad-style banquettes lines a wall at the front of the restaurant. “At Condé Nast, Frank Gehry made three-quarters of the seats in the cafeteria booths in a nod to the hierarchical culture he observed,” Truman says. “At that time, the hottest seat in town was Brian McNally’s restaurant in the Royalton Hotel. The Philippe Starck–designed room had at its core a wall of velvet booths that looked like thrones. They were reserved for VIPs, and they were always occupied (and sometimes fought over) by the more powerful editors in chief of Condé Nast).” 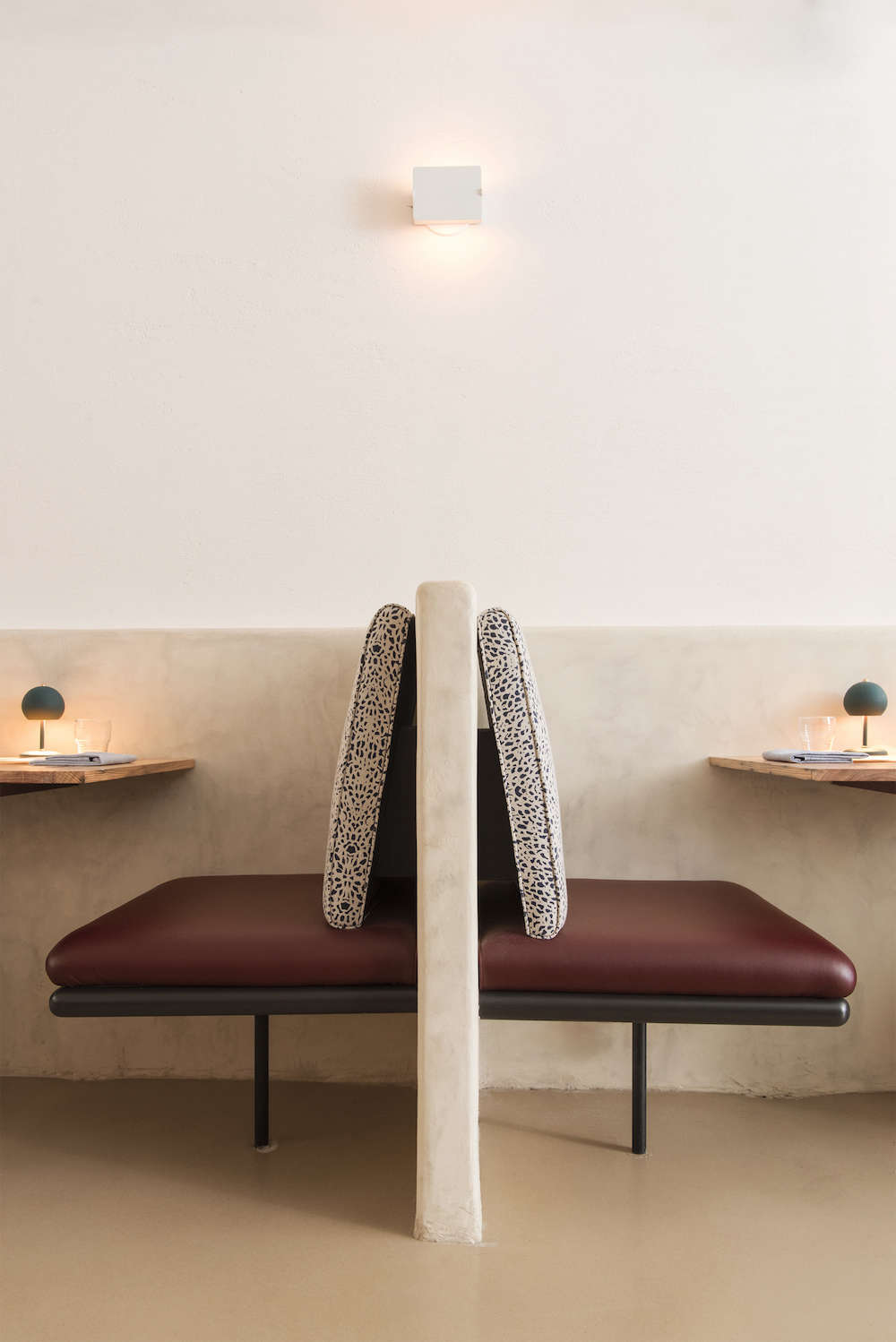 Above: The seat backs on the smaller banquettes are covered in a custom fabric based on a painting by author and artist Leanne Shapton, who is also Truman’s wife. The mushroom-shaped green light fixtures are custom designs by Roberts’s team. 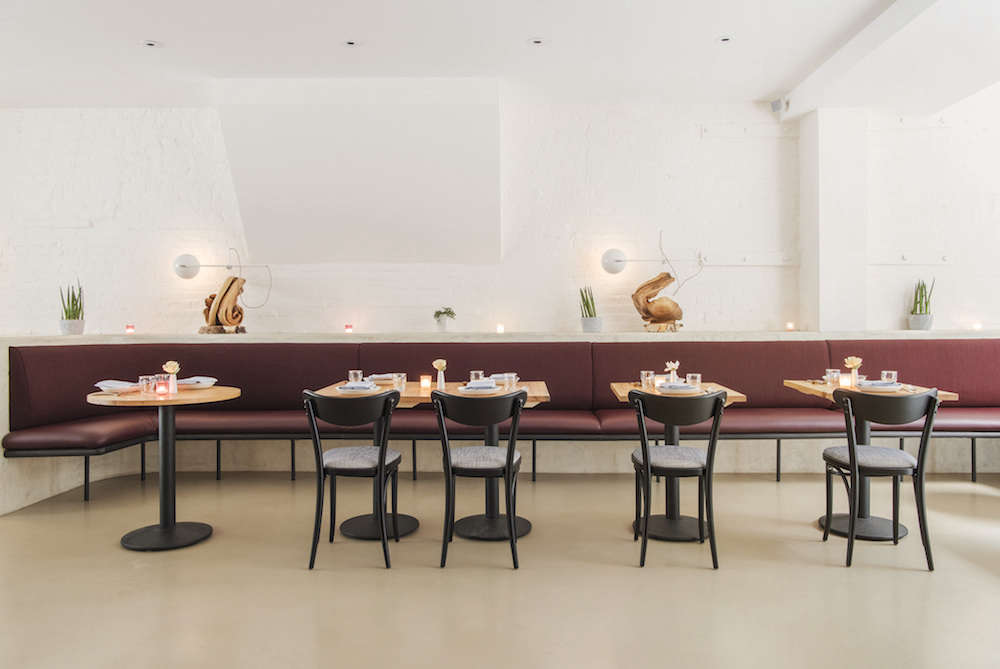 Above: The restaurant’s poured-concrete floors are oatmeal-colored—a specific request of Truman’s. 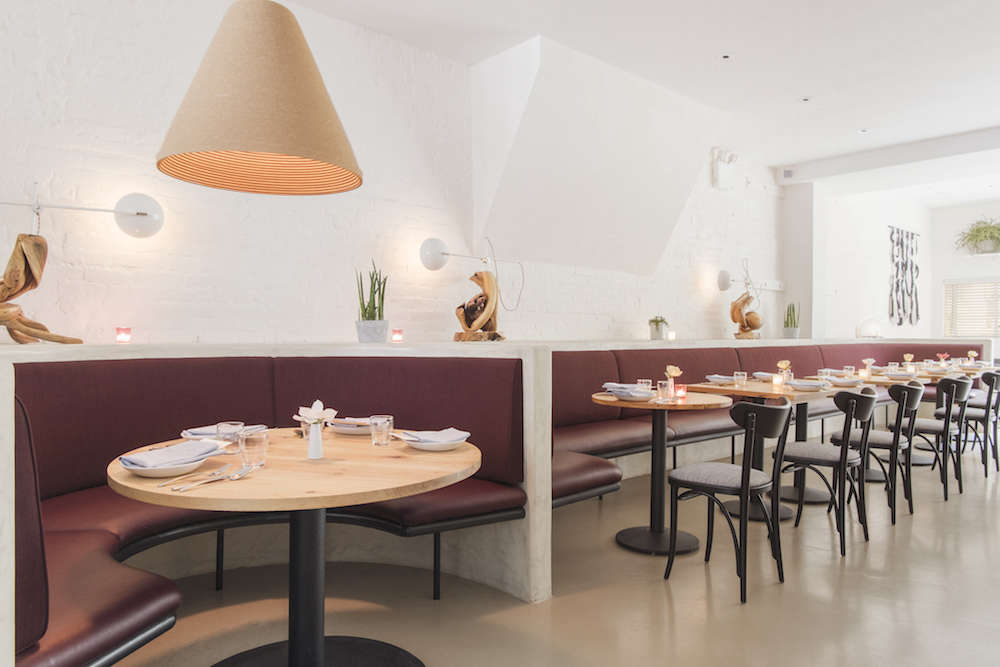 Above: The booths have “vegan-approved leatherette,” says Roberts. The longer booths have matching fabric backs. 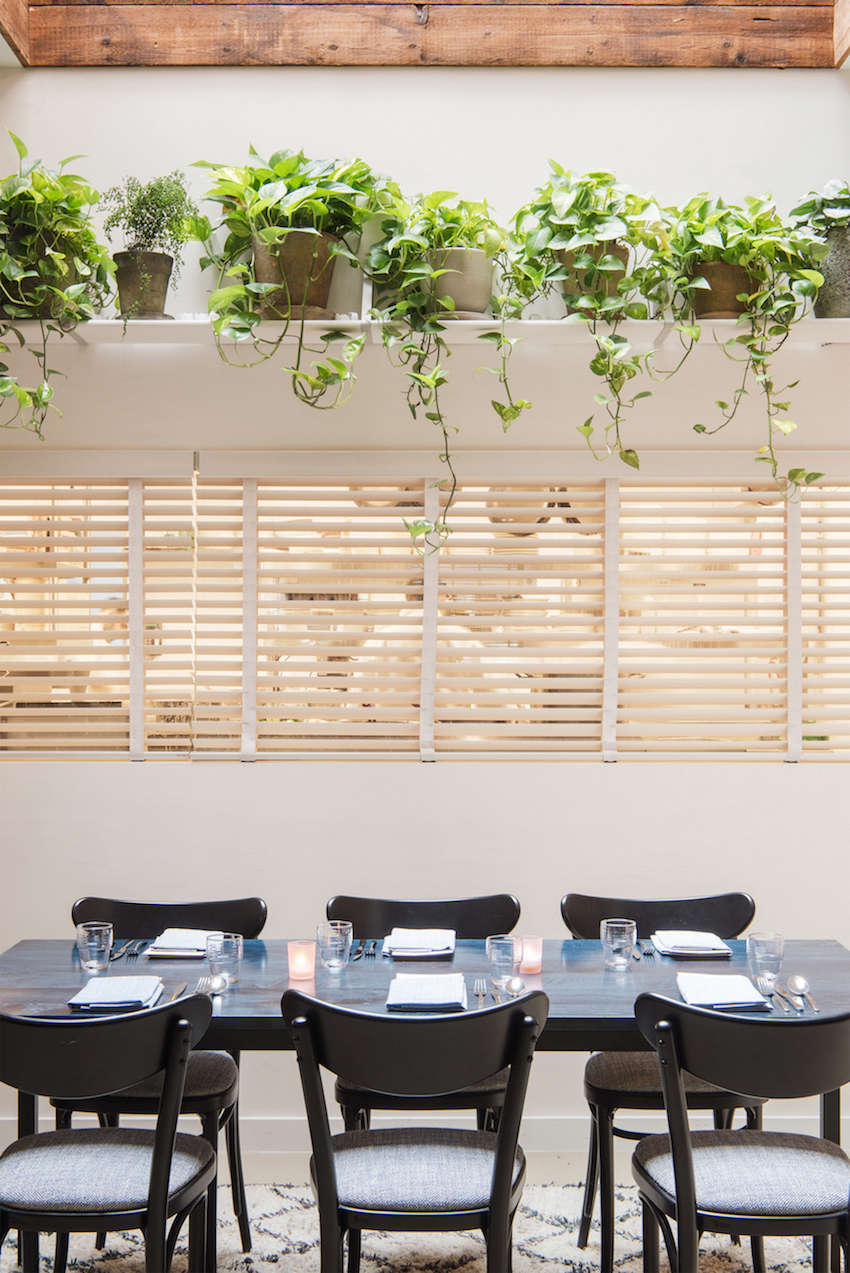 Above: Seventies-style potted house plants (philodendrons included) line the shelf above the kitchen. 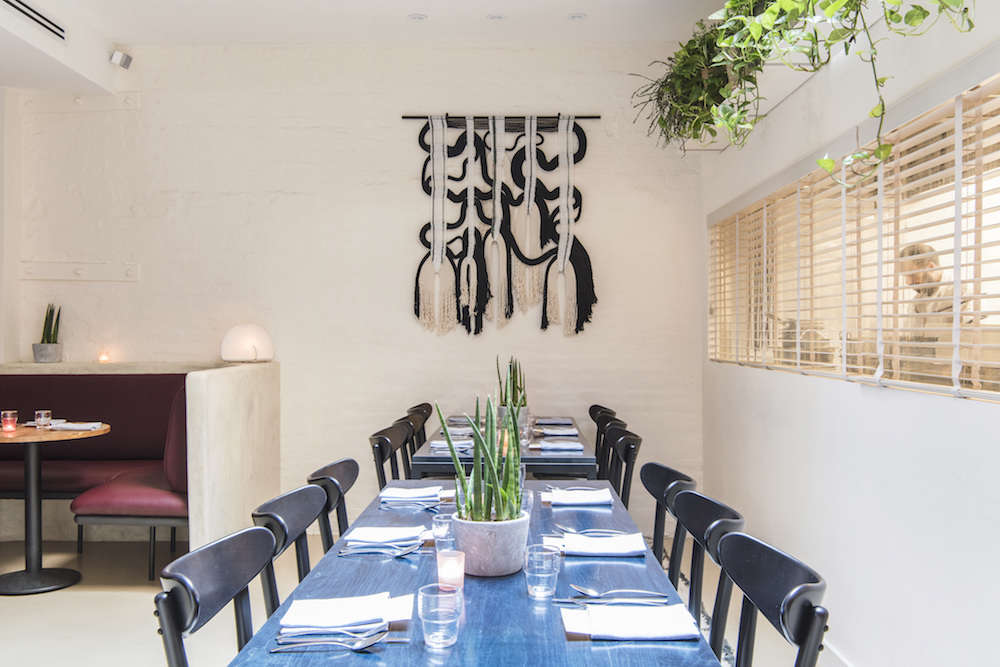 Above: The tables at the back of the restaurant are maple, dyed with indigo. 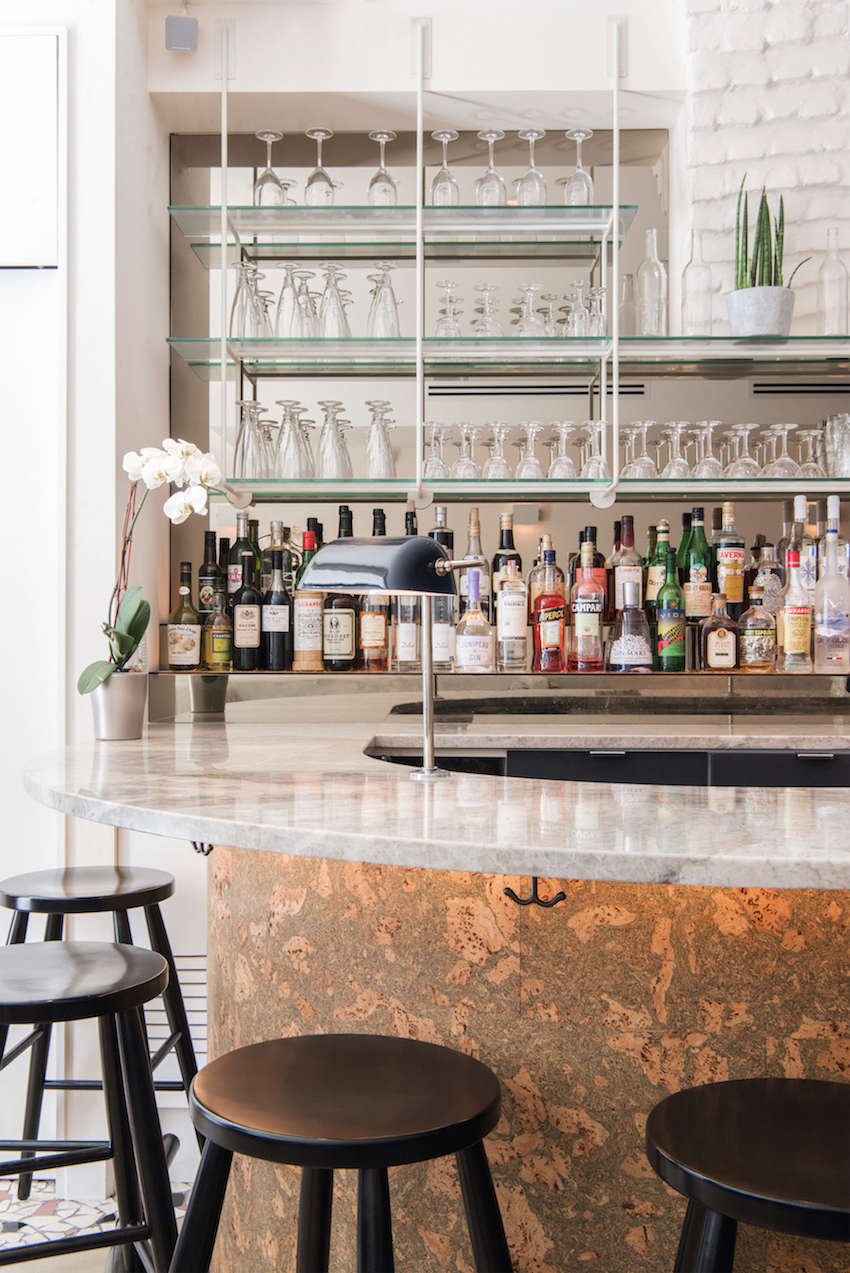 Above: The bar top is quartzite, and the bar face is cork illuminated by warm-hued LEDs. Roberts’s team used vintage banker shades to create the custom decorative light fixtures. 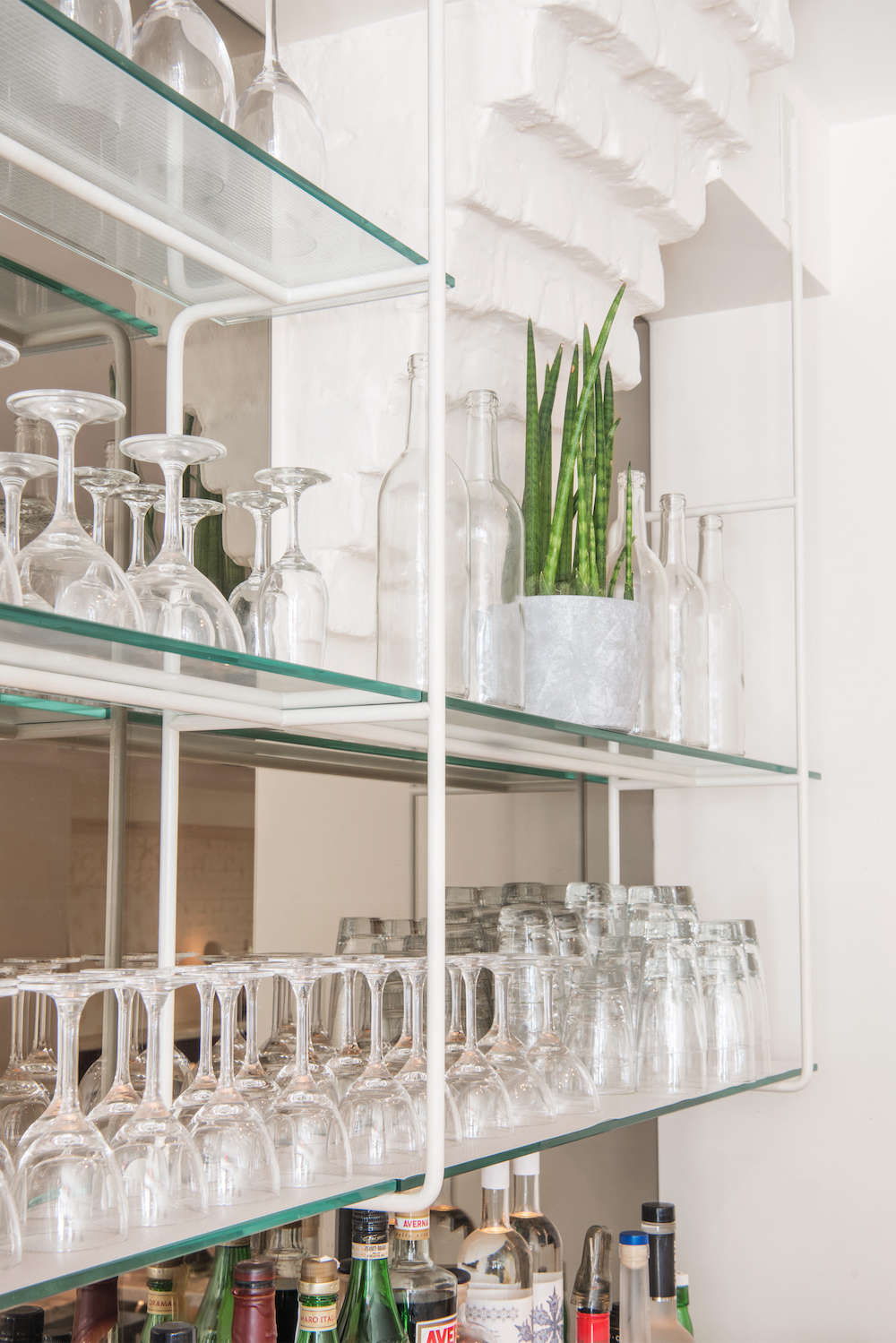 Above: While working with Frank Gehry, Truman learned to have a sense of humor in design. He recalls an anecdote from Gehry’s Condé Nast cafeteria project: “He paneled the exit corridor from the cafeteria in undulating, reflective stainless steel, almost like mirrors. Of course, this correlated with a culture dominated by fashion and beauty. But he engineered the surfaces so that they subtly elongated people’s reflections, so you left the cafeteria looking thinner than when you entered. Playful but brilliant.” 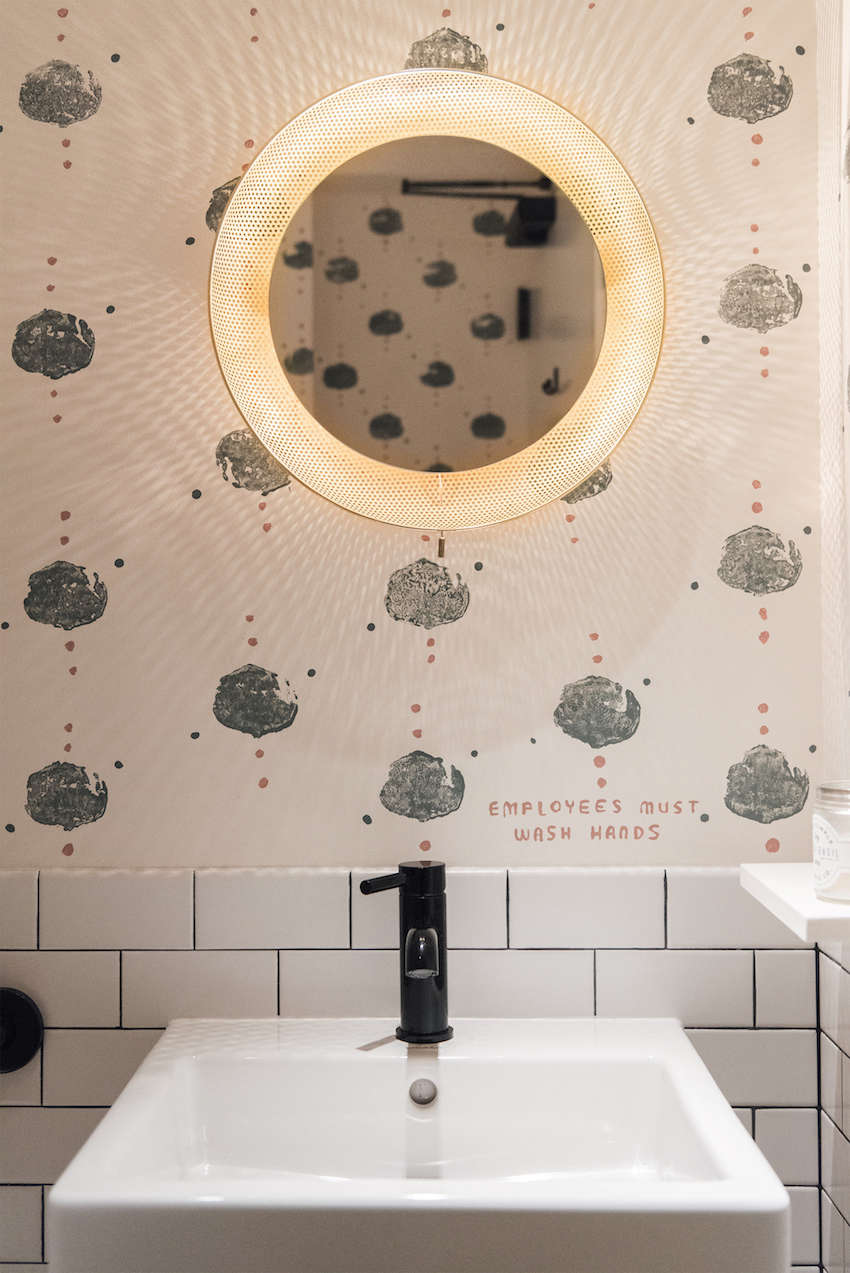 Above: The bathroom walls were hand-painted by Leanne Shapton. The bathroom mirror is vintage, rewired by Roberts’s team. 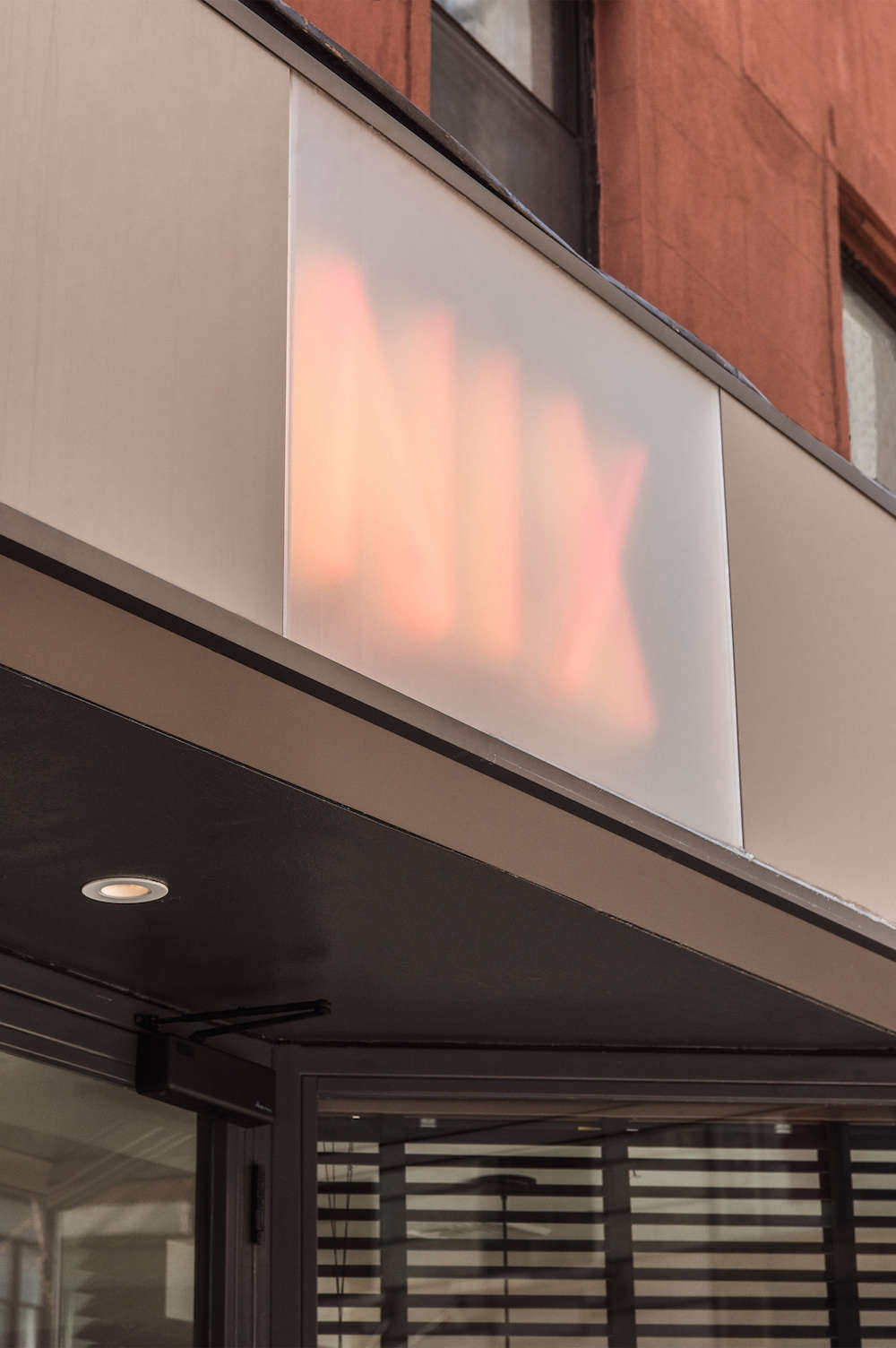 For more, browse Remodelista’s archive of Restaurant Visits, including Irish Eclecticism at Ard Bia in Galway and A Caviar Bar in Finland with a Wintry Palette.

Scandi in Seattle: A Midcentury Makeover with Lots of Affordable Ideas