Rebel Walls is a wallpaper company with its own design studio and printing shop in Borí¥s, in western Sweden. Its companion online store offers an extensive collection of the company’s own wallpaper and wall mural patterns made using digital print technology. It also offers the opportunity to create your own designs using digital photos.

Rebel Walls’ husband-and-wife founders, Irene and Christofer Gimmersta, are the third generation of Gimmerstas to be in the wallpaper business; it all started in 1924 when Christofer’s Grandfather Folke got a job as an errand boy at a wallpaper store, and worked his way up to CEO of the company. The family later bought one of Sweden’s oldest wallpaper factories. “We have wallpaper in our blood and love to dress walls with personality,” Christofer says. “Rebel Walls gives people a tool to change their environments.” Here are a few of our favorite Rebel designs.

N.B.: Each wallpaper design is $59 per square meter. 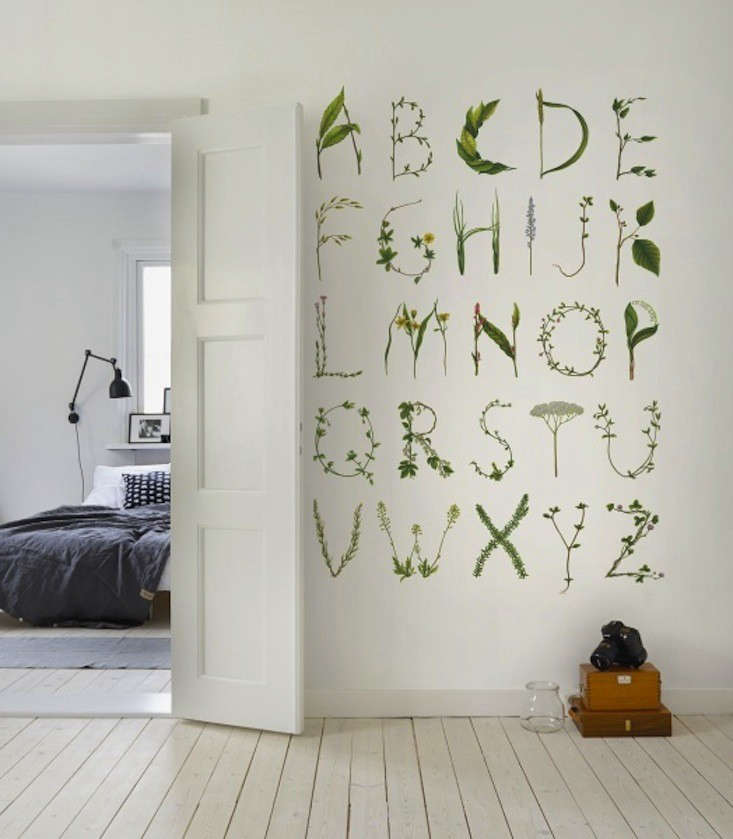 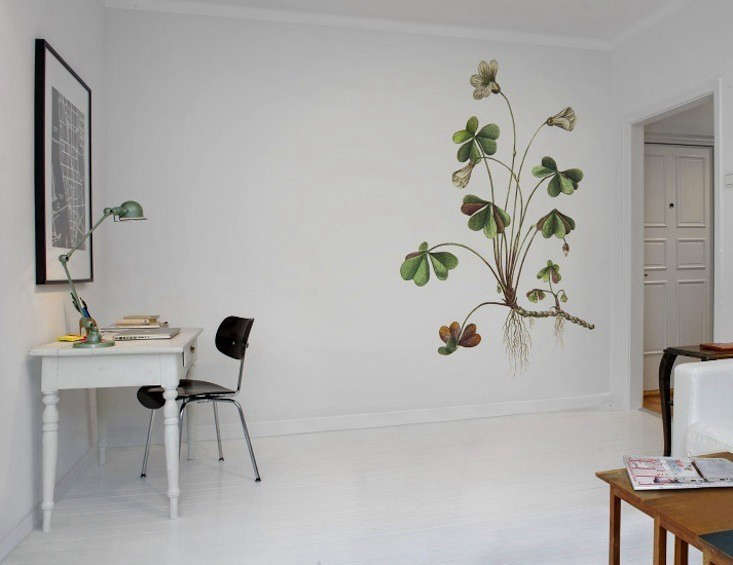 Above: The Oxalis mural is inspired by vintage botanical school posters; like Rebel Walls’ wallpaper, it’s $59 per square meter. 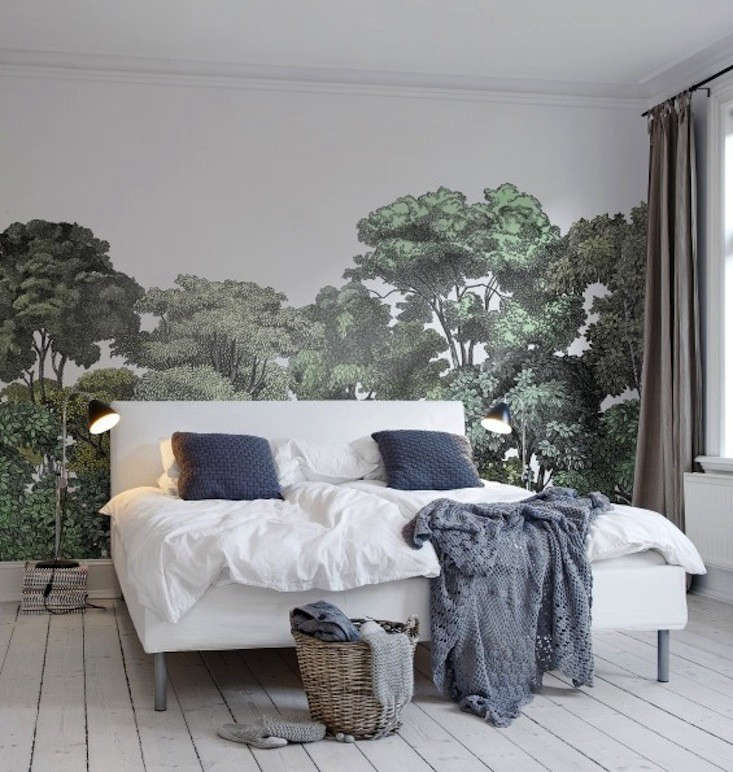 Above: Bellewood is a modern toile de Juoy wallpaper depicting a mysterious forest. 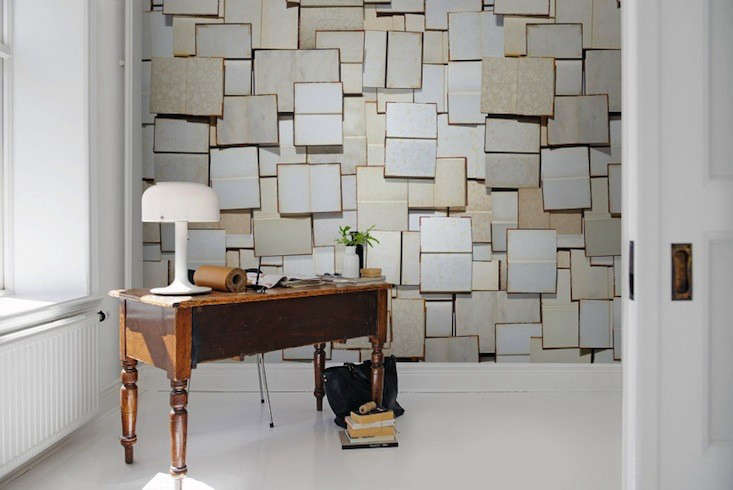 Above: Vintage Books Inside is patterned with open books. 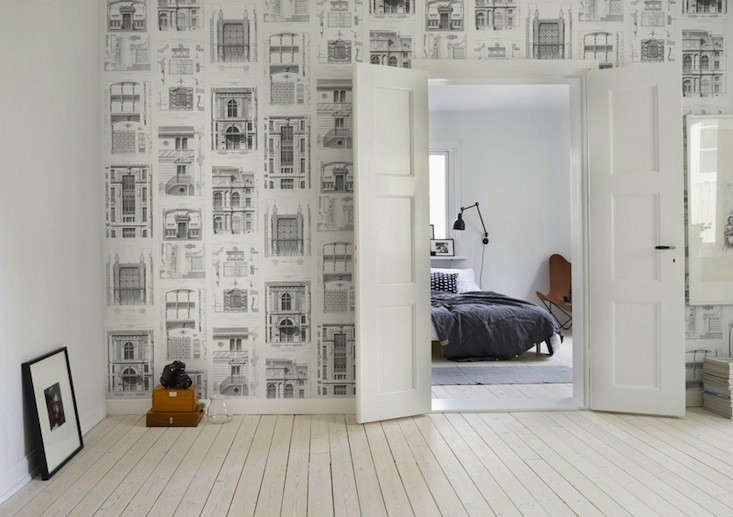 Above: Architect features vintage drawings of Paris faí§ades found in a Barcelona bookshop. “They were drawn by a architectural firm in Paris,” the Gimmerstas explain. “How they ended up in Barcelona, we don’t know, but now they can find a new home. If you take a stroll down Rue Drouot or Rue Roissini in Paris, you will pass at least one of the buildings.” 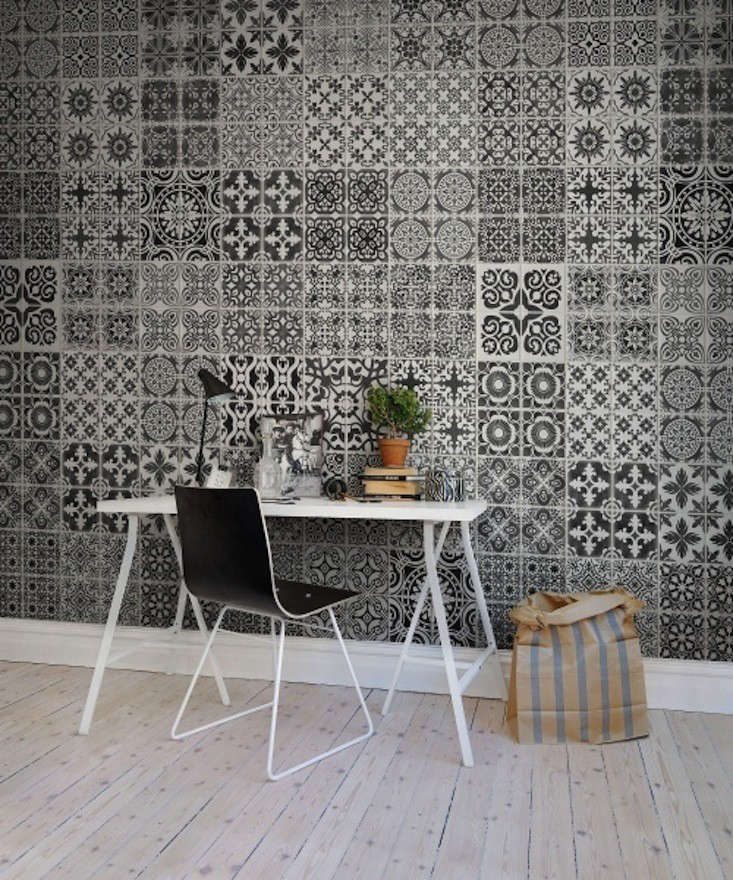 Above: An alternative to tile: Marrakech Black wallpaper (which the Gimmerstas say can even be used on floors). Like many Rebel Walls designs, this pattern can be customized by the buyer using the company’s digital tools. 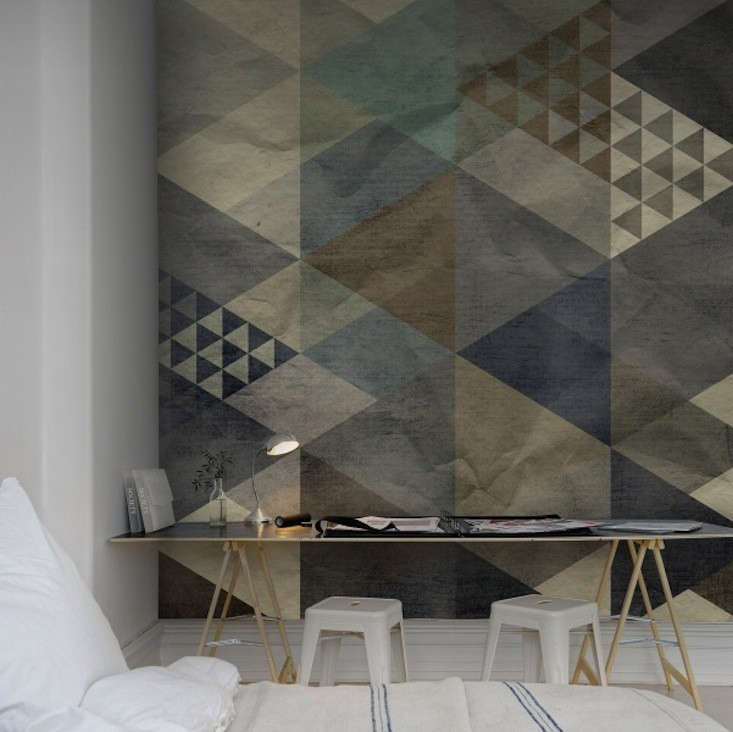 Above: The Quadrangle Blue is a watercolor design of geometrics on wrinkled paper. 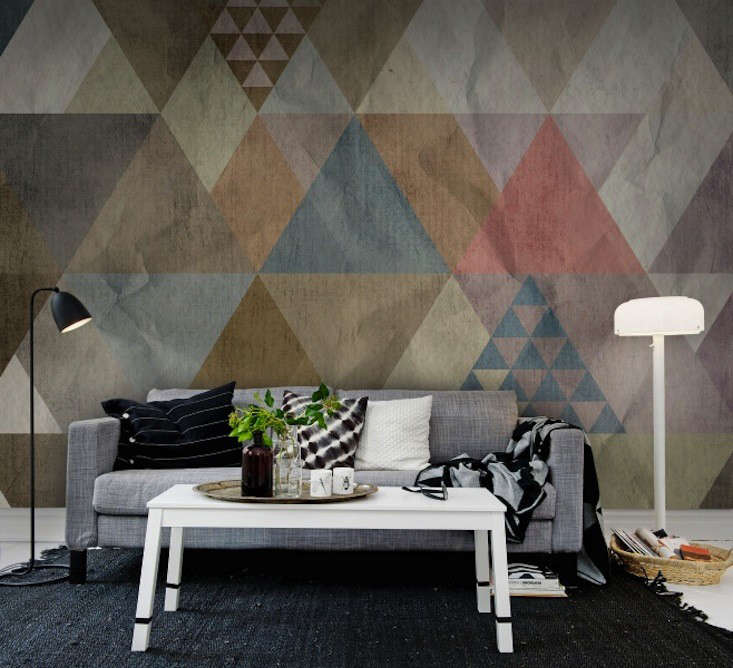 Above: Quadrangle in a pale palette. To learn more, visit Rebel Walls.

For more wallpaper options, have a look at Handmade Wallpaper Inspired by Nature and Escape to the Tropics: Leafy Handmade Wallpaper. And check out Justine’s DIY Economical Wallpaper Alternative. On Gardenista, read about Michelle’s Pale Blue Bathroom Wallpaper adventures.

And don’t forget: Voting is now under way for the 2014 Remodelista and Gardenista Considered Design Awards. You can vote for the finalists every day until this Saturday, August 8. Winners will be announced on August 9.

ABC For The Spelling Bee Poster

ABC For The Spelling Bee Wallpaper

In collaboration with: Steal This Look: The Perfect Bed