A recent addition to the Remodelista Architect/Designer Directory: Front Studio in New York. The three principals–Yen Ha, Arthur Lubetz, and Michi Yanagishita–met at Carnegie Mellon University; among them, they have studied in Glasgow, Paris, and Pittsburgh and speak Japanese, Vietnamese, and French. Their work has been featured in Wallpaper (which named them one of the “world’s 50 hottest young architectural practices” in 2008), the New York Times, and Interior Design.

N.B.: To see more of the firm’s work, go to Front Studio on RADD. Also check out Lunch Studio, a blog chronicling the firm’s culinary adventures in New York. 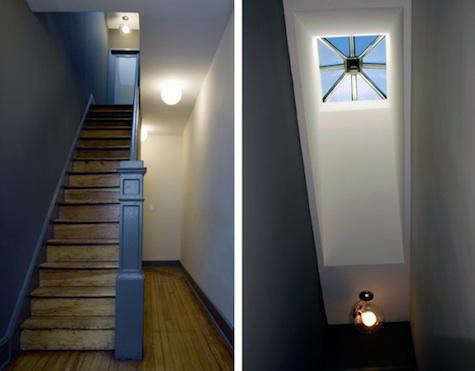 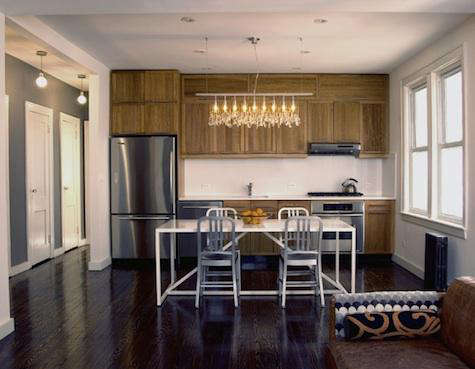 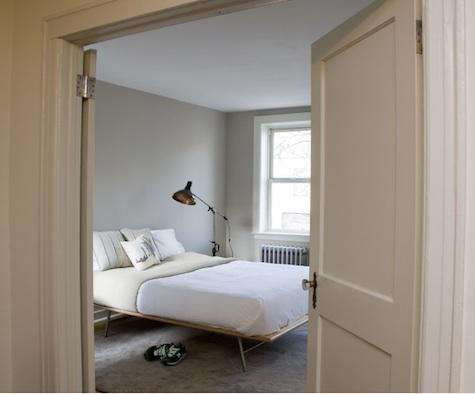 Above photos: Front Studio overhauled a brick-clad two-family home in Brooklyn dating back to 1912. The renovation opened up the second floor into a modern great space; much of the original detailing was retained and refinished. 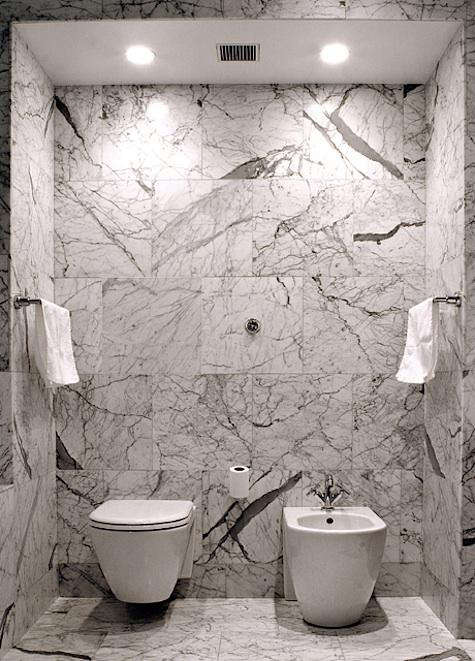 Above: Master bath marble opulence at the Bluewater Loft. 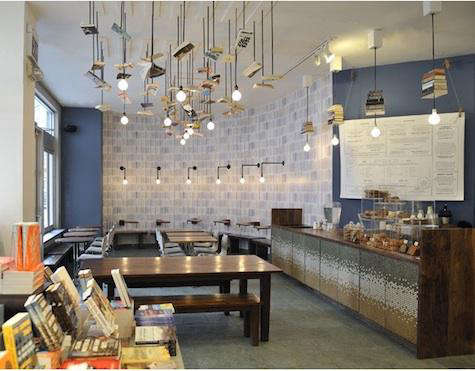 Above: For McNally Jackson Books in Nolita, Front Studio created a “place that is evocative of literature.” 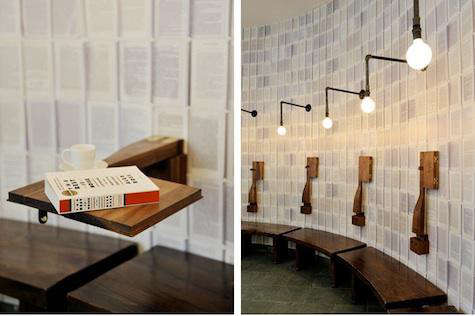 Above: The architects covered the curving wall in an assemblage of open spine books. 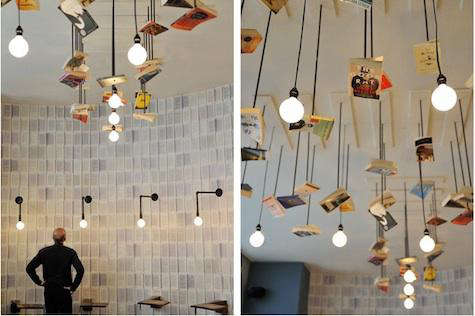 Above: Custom lighting made with paperbacks.