Though Parachute‘s luxury bedding was inspired by a trip to Italy, the company is headquartered in Venice, California. All design happens at the company’s LA headquarters, and the beachside locale has left an indelible mark on company culture. (Heading to LA? Browse Parachute founder Ariel Kaye’s favorite spots in Venice on the Parachute Blog.)

Just north of quirky Venice lies Malibu–more than 20 miles of prime coastline along California Highway 1 backed by the Santa Monica Mountains. Parachute chose Malibu as the appropriate setting for its first video, offering up an idea of the perfect California day, Parachute style.

Before you watch, don’t forget to enter to win a complete bedding set giveaway from Parachute by entering your email address by Thursday, October 7: Enter here. 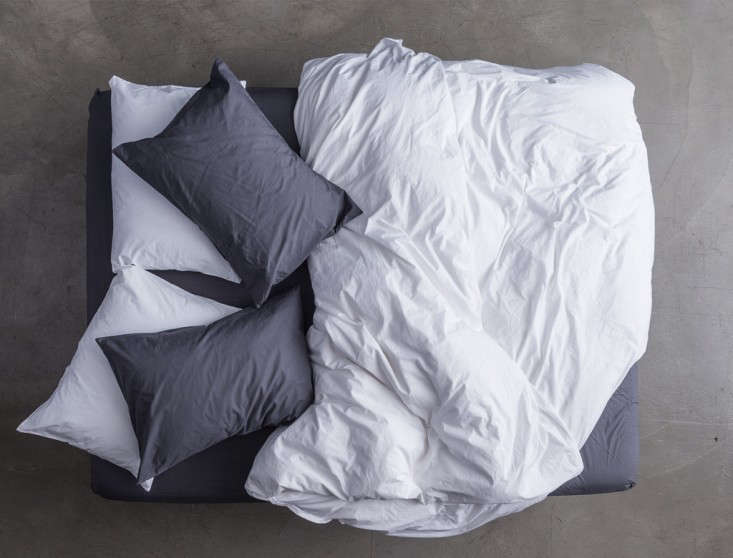 Above: Parachute’s signature bedding set is the Venice–named after the LA neighborhood–and includes a fitted sheet, duvet cover, and two pillowcases (one case for twin sets). Venice Percale and Venice Sateen sets both start at $199. For the mix-and-match look shown here, choose separates instead: a Percale Duvet Cover in white ($169 for queen), Percale Fitted Sheet in slate ($60 for queen), and Percale Pillowcases in white and slate ($50 per pair). 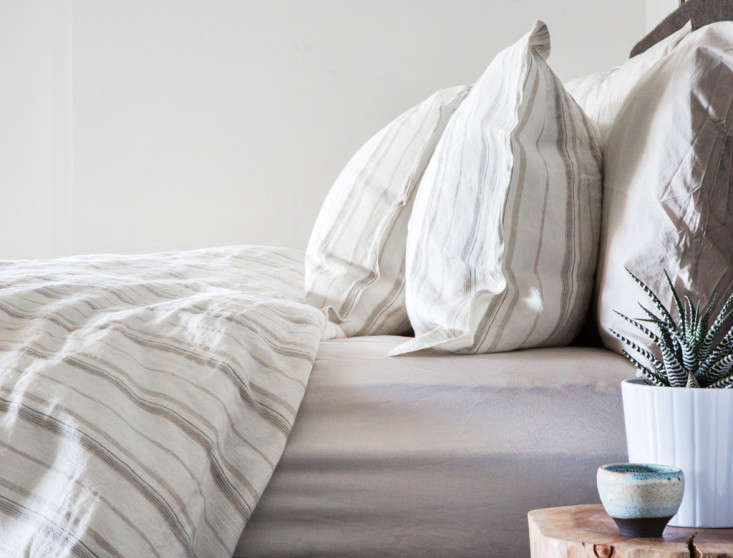 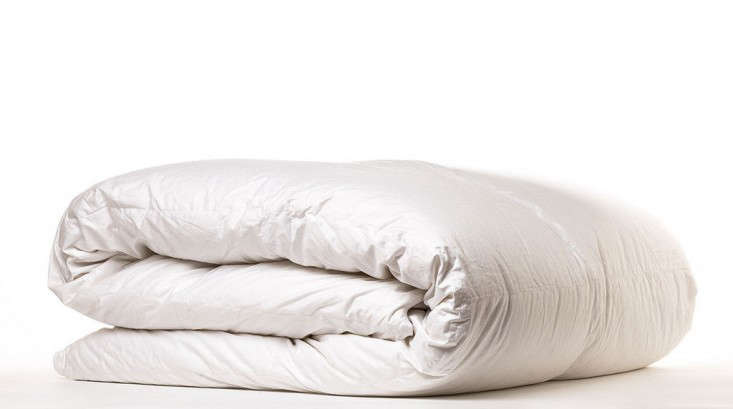 Above: Parachute Duvet Inserts are available with two kinds of filling: The Down Duvet is made of premium European white down and available in two weights–lightweight and all-season, starting at $239 for the twin size. The hypoallergenic Down Alternative Duvet starts at $179 for twin. All Parachute duvets are made in the US. 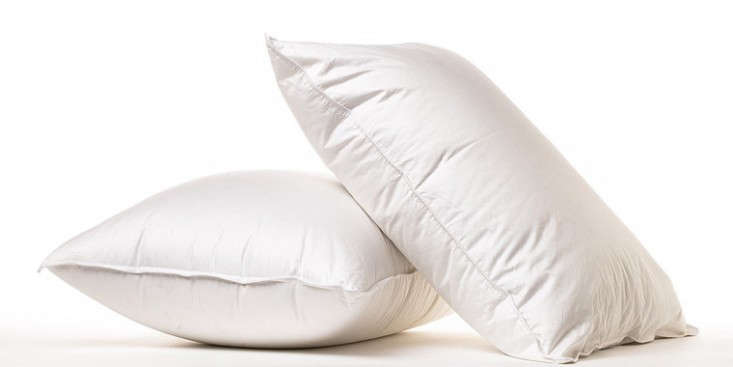 Above: Parachute’s just-launched pillow line includes soft, medium, and firm pillows in standard and king sizes. The Down Pillow ranges in price from $69 to $139, and the hypoallergenic Down Alternative Pillow is priced from $59 to $89. For decorative pillows, pick Parachute’s affordable Feather Euro Insert for $29. All Parachute pillows are made in the US. 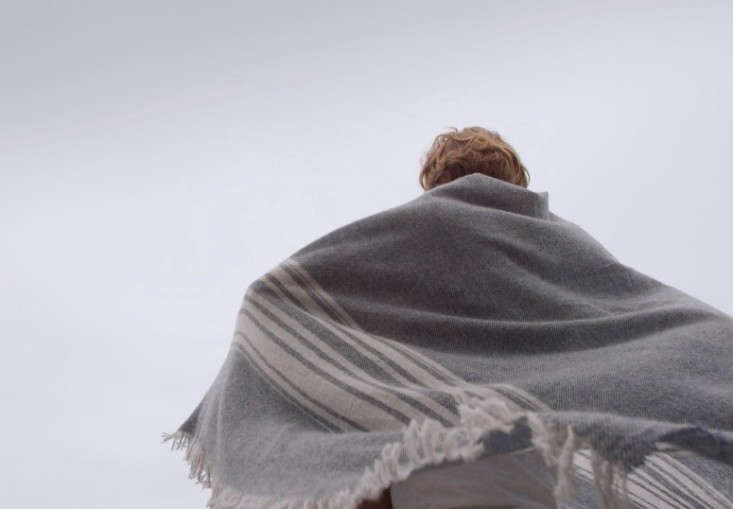 Above: Parachute offers Cashmere Throws in five colors, including the Striped Cashmere Throw in granite and light fog shown here; $299. 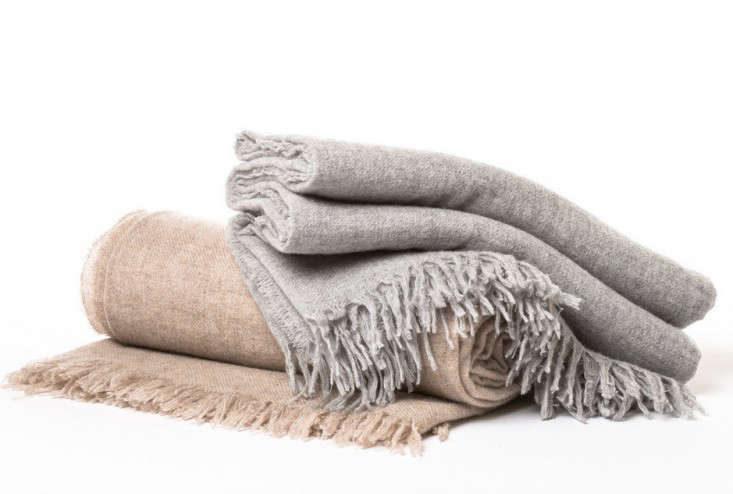 Above: Parachute’s Solid Cashmere Throw is available in desert sand and pebble gray, made from 100 percent cashmere yarn spun in Scotland; $299. 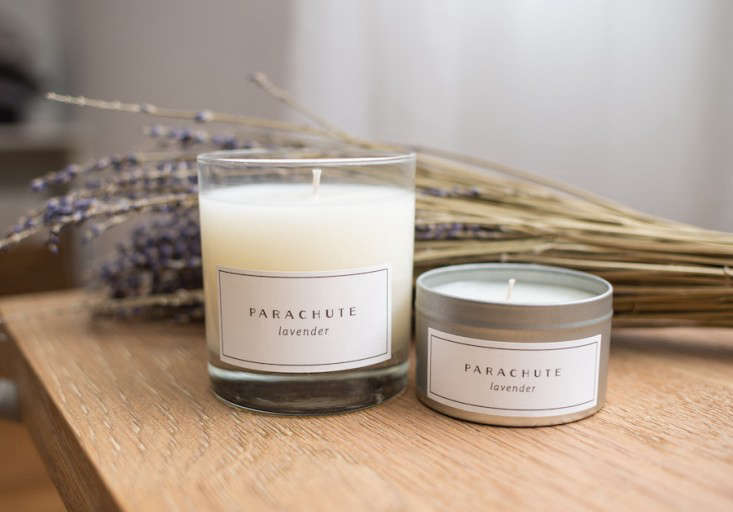 Above: The scents of Parachute candles are drawn from the outdoors: Fireside smells of amber, vetiver, and musk; Lavender includes hints of eucalyptus. Made in the US of natural soy wax, each is available in a glass ($24) or a travel tin ($12). 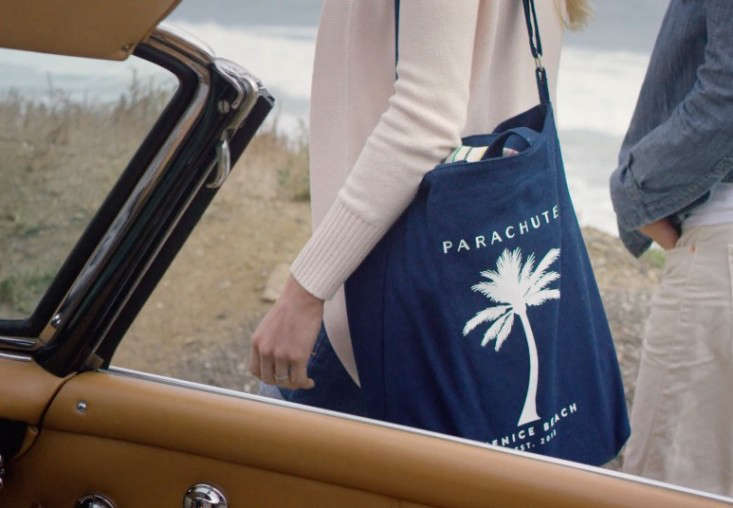 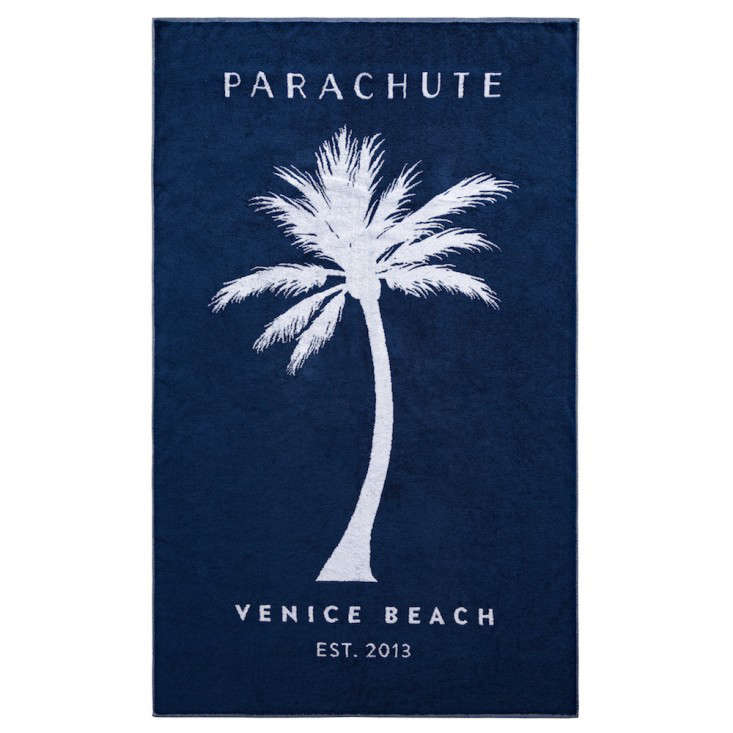 Above: The Palm Tree Beach Towel is made in Italy of two-ply Egyptian cotton for maximum absorption; available in navy; $49. 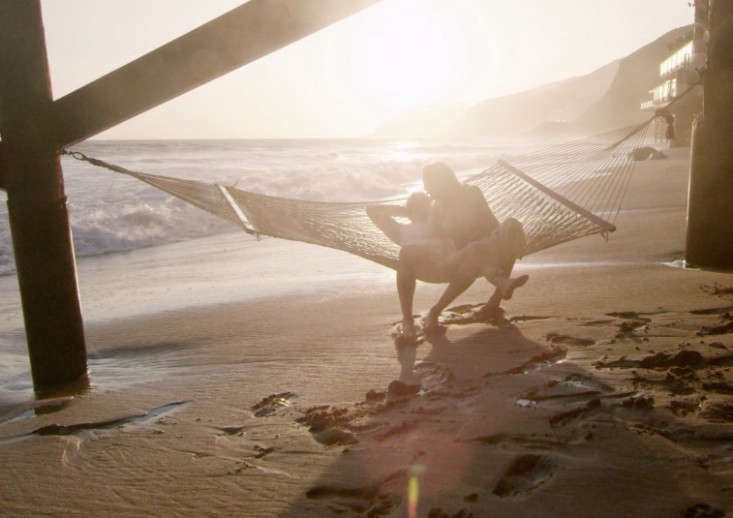 Above: A Malibu sunset closes the perfect California day.

The Scandinavian Sleep Secret: Mine and Yours Duvets