French designer Mathilde Labrouche takes advantage of the tactile appeal of brush strokes with her line of painted plates.

These plates, featuring one single thick brushstroke of vibrant color, were conceived by Labrouche, a designer and antiques dealer (she runs a design firm located between Bordeaux and Cognac, which we previously covered in Antiques & Vintage: Coté Pierre). She began by making the porcelain dishes by hand, painting and firing them at home; they're now finished to her specifications in Limoges.

We love many things about her design: the bristles of the paintbrush that so clearly leave their mark, the high-gloss sheen of the finish, and the artist's whimsical notion of mixing dishes and meals to create art. As Labrouche says, "I want people to create a composition between their food and the plate—like a painting." 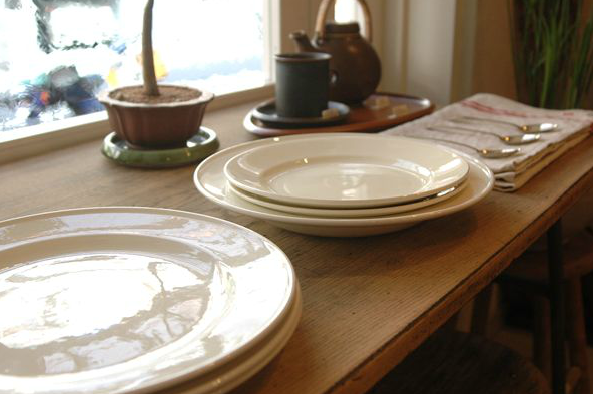 Above: The plates feature accents of either pink, black, gray, or silver. "I like the contrast between the immaculate white of the porcelain and the color," says Labrouche." 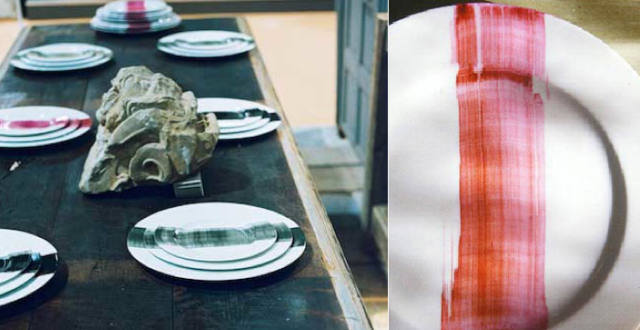 Above: The plates are available in small, medium, and large; we like the idea of mixing colors and sizes for a playfully modern look. 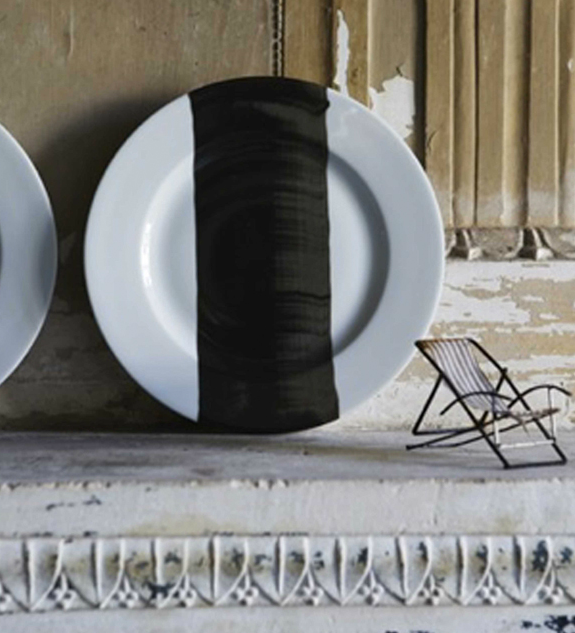 Above: Each plate is custom made; contact Coté Pierre to order.