Space in New York City is at a premium—even rooftop real estate is a coveted amenity. When a client of architect Robert Kahn asked for ideas on developing the rooftop of his Lower East Side duplex, Kahn (a member of the Remodelista Architect/Designer Directory) suggested an observation deck whose shape would pay homage to the iconic water towers that mark the cityscape. The client initially dismissed this idea (too impractical), but the concept eventually captured his imagination (and now his roof is a fixture of the downtown New York skyline). To see more work, go to Robert Kahn. 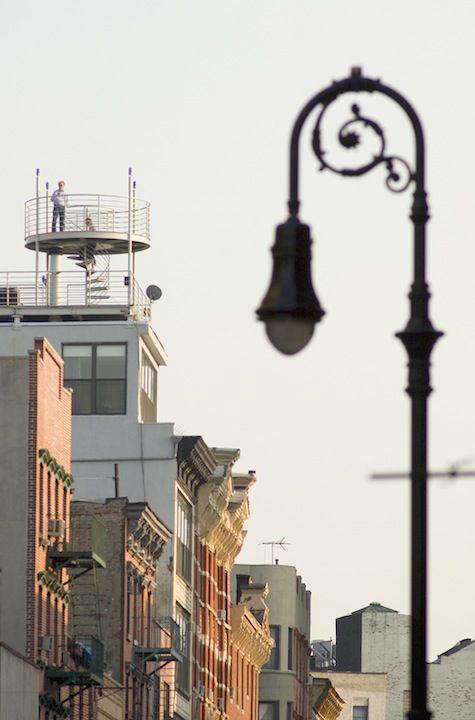 Above: "My definition of a folly is something that is built which gives great pleasure but is completely unnecessary," says Kahn. 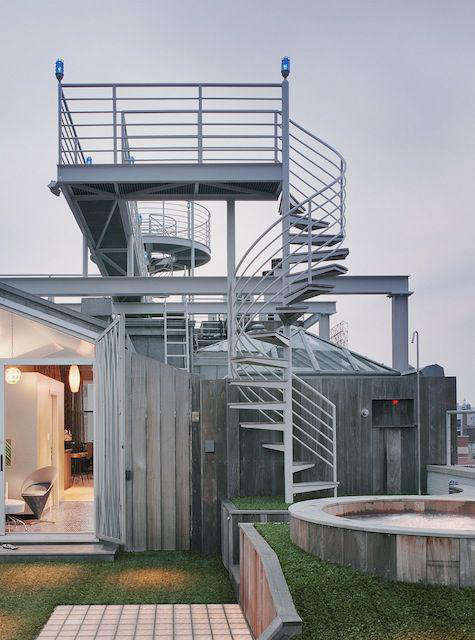 Above: Two separate spiral staircases add to the sense of exploration. 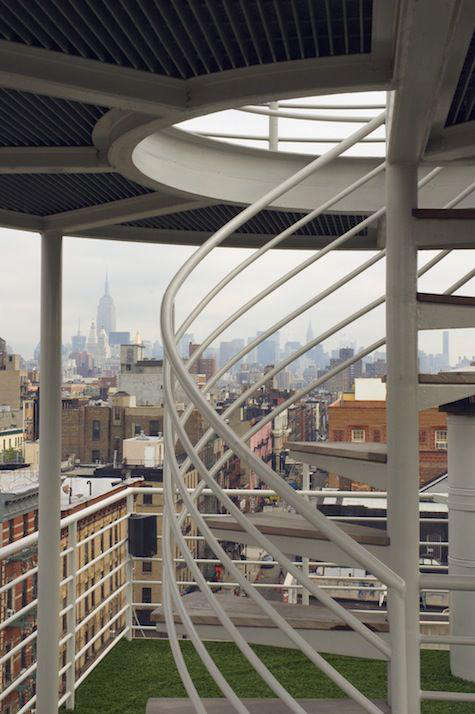 Above: While the materials are industrial, the details—the wood treads, for instance—are refined. 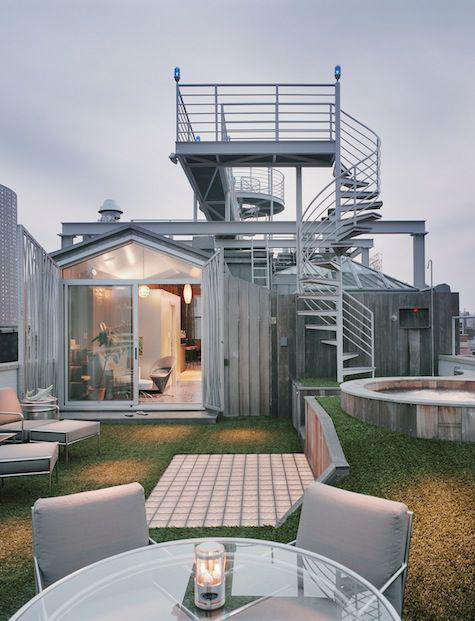 Above: Kahn integrated the observation deck with the existing hot tub and terrace. "We had no desire to hide anything," he says. 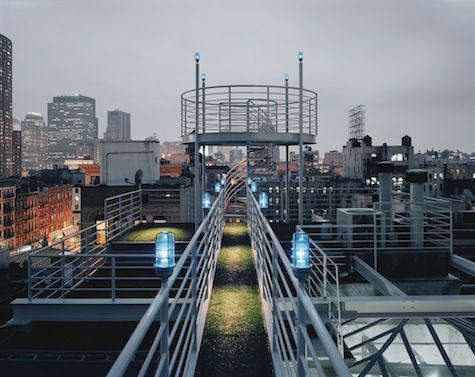 Above: Kahn worked with a manufacturer of airport runway lights to achieve the right degree of nighttime illumination. 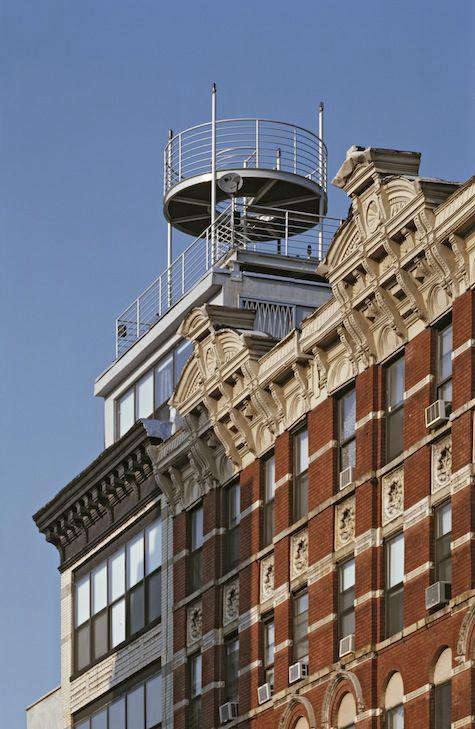 Above: A shadow version of New York's water towers hovers above this Lower East side block.