Over the years, Fergus Henderson (a Michelin-starred chef who trained as an architect) has developed a brand of simple, pared-down cooking served in minimally designed settings. Henderson’s approach to food and the dining experience as a whole has become synonymous with the nose-to-tail approach to eating. His restaurant, St. John in Smithfield, which he opened with business partner Trevor Gulliver in 1994, quickly became a destination for the Young British Art Scene.

Now, with the opening of the duo’s new St. John Hotel at One Leicester Square (in a building formerly occupied by Manzi’s “famous seafood restaurant,” one of the last of the long-established theater restaurants in the West End), “nose-to-tail eating” has become “from table to bed” eating. On the ground floor is a restaurant with 70 seats; the second floor features a bar, and upstairs there are 15 guest rooms featuring Shaker-like decor. Go to the St. John Hotel for more information. 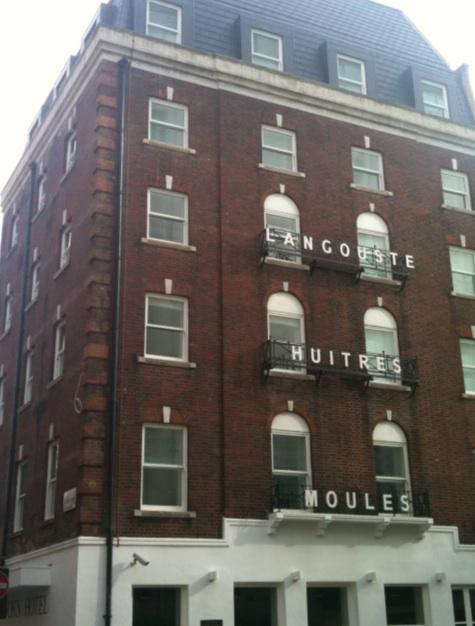 Above: The refurbished exterior of the St. John Hotel; photo via Parsnips UK. 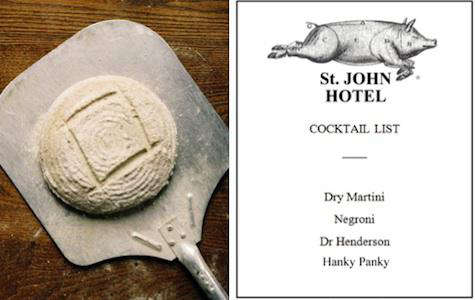 Above: The St. John breakfast bun (described by some as an “English-style circular croissant”) can only be found at this hotel. The cocktail list gently reminds of the hotel’s “from table to bed’ ethos. Photography by Jason Lowe 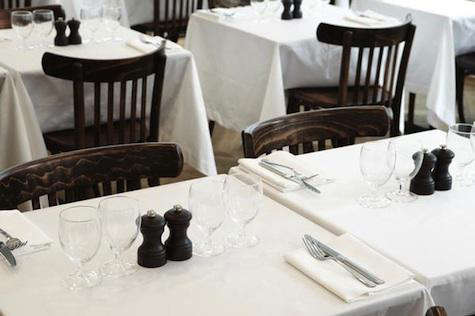 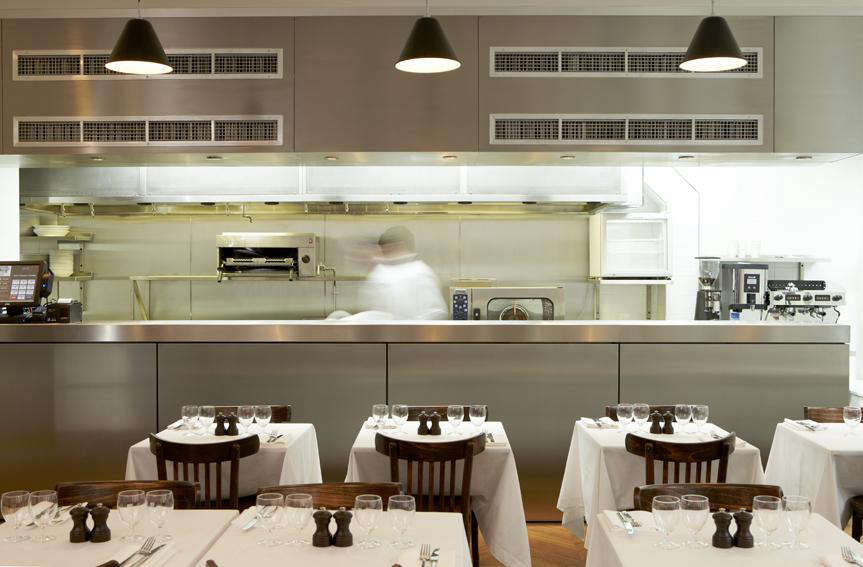 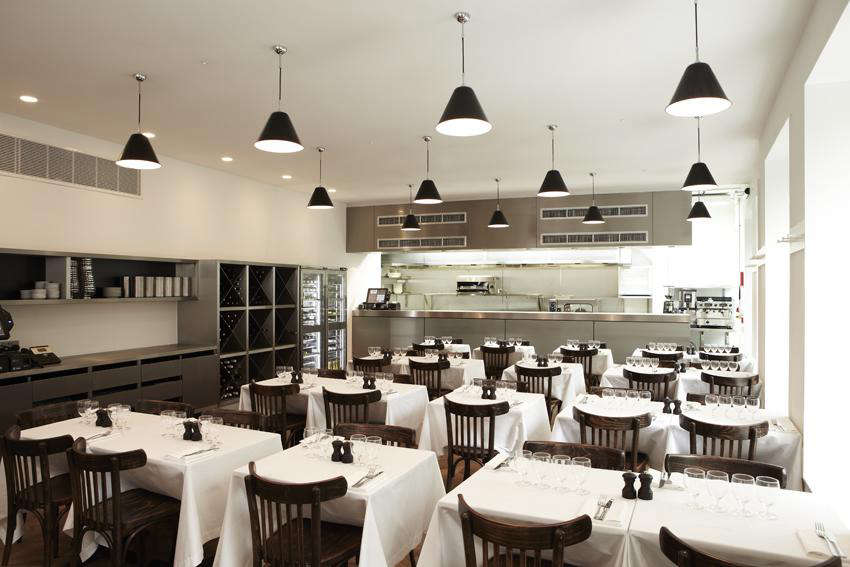 Above: The simple architectural setting allows the cuisine to take center stage. 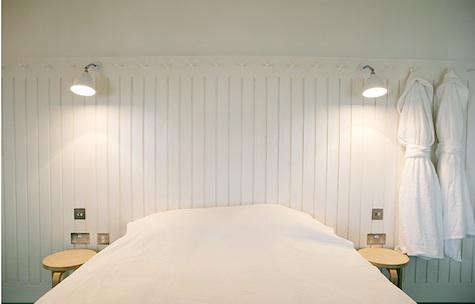 Above: The Post-Supper Room; these smaller guest rooms “remove the need for a taxi home after supper.” 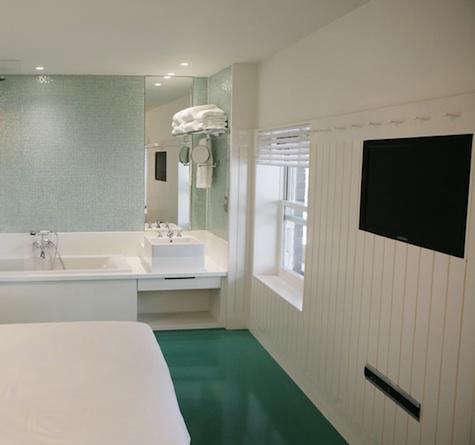 Above: The Mini Grand, Urban Hut rooms offer “everything the traveler needs and nothing that they do not.” The flooring material is rubber in a deep, “pond-like” shade of green (for “a calming effect,” according to the duo). 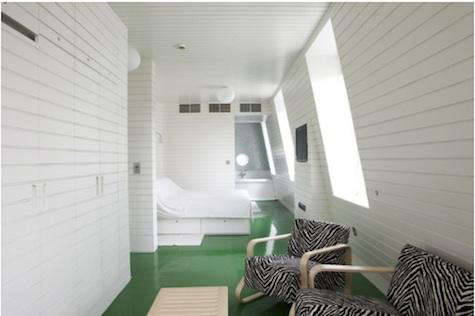 Above: The Long Room is a loft-like urban retreat with views of London rooftops; the entire floor (which features three bedrooms and a large living space) can be rented for larger parties. A pair of Aalto 400 Tank Chairs covered in zebra fabric adds a bit of pattern to the otherwise unadorned environs.

Photography of restaurant and hotel by Patricia Niven.