When Brendan Ravenhill designed a simple wood-and-nail bottle opener for Areaware, he couldn't have know it would lead to a restaurant commission (which is precisely what happened). Graham Snyder, owner of Osteria la Buca (located on the Paramount Studio end of Melrose), spotted Ravenhill's design, contacted him, and hired him to create a few bar stools and table bases, and eventually, to orchestrate the refurbishment of the restaurant's interior.

Ravenhill, a RISD grad, was most influenced by his summers in Maine, where he learned to build boats, a craft that strongly informs his work. According to Ravenhill, he approached the restaurant space in the same way he approaches the design of a boat—focusing on function, use, and ergonomics. 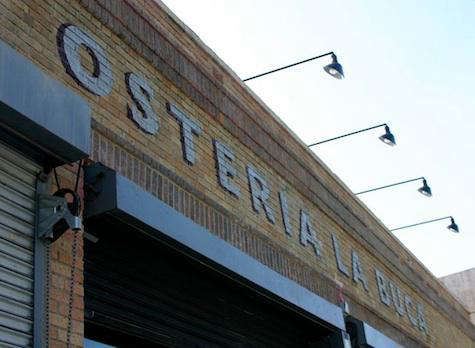 Above: Artist and sign painter Margory Garrison wanted the restaurant signage to "look like it had always been there." 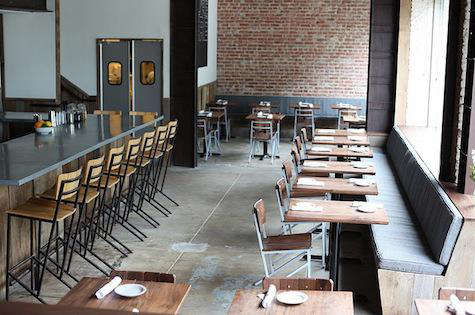 Above: Ravenhill designed the La Buca Chair powder coated steel and walnut for the restaurant's interior. 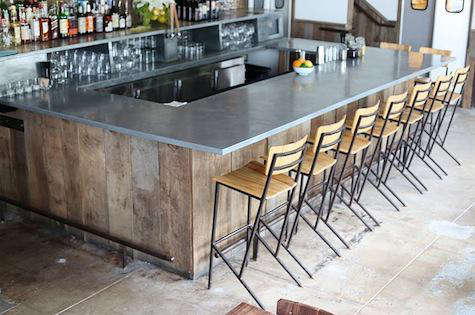 Above: The bar is covered in zinc, which will wear with time and gain a worn patina. 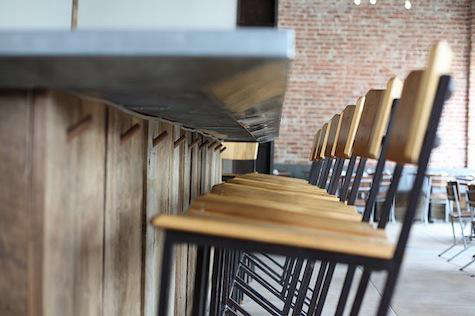 Above: Below the bar, wooden pegs are discreetly placed for the hanging of bags and satchels. 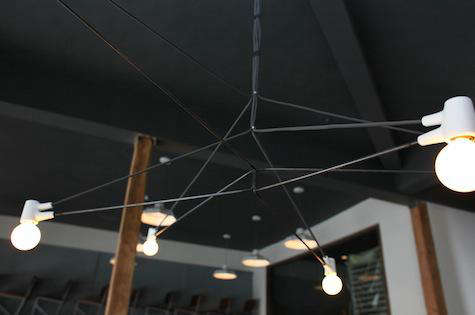 Above: Ravenhill used his own Cord Chandelier throughout the interior. 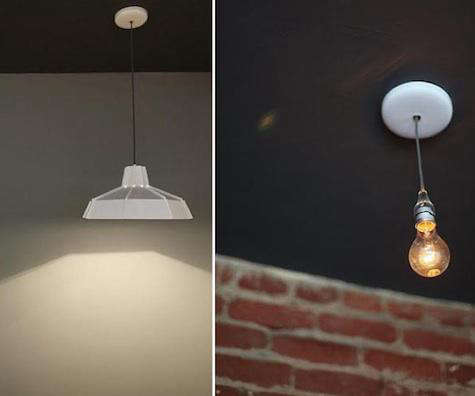 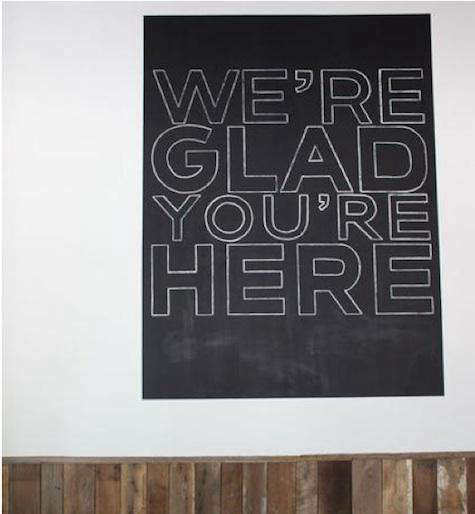 Above: A chalk installation by Margory Garrison. 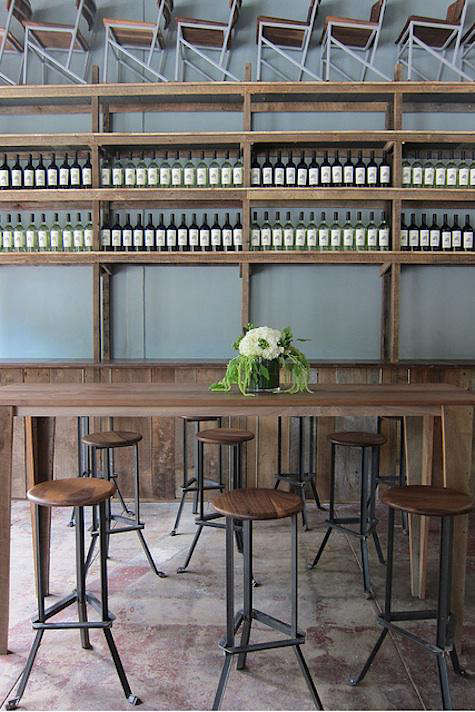 Above: The counter stools were the first element Ravenhill designed for the restaurant's interior.