Located in the historic Olympic Mills Commerce Center, a restored cereal mill in Portland’s lower Southeast Industrial neighborhood, Olympic Provisions has been garnering accolades for its local American charcuterie ever since it opened in 2009. When owners Martin Schwartz, Nate Tilden, Tyler Gaston, and salumist Elias Cairo first embarked on the project, they armed themselves with power tools and set to work transforming the place under the guidance of designer Patricia Gardener. Enlisting the help of family and friends, the four of them transformed the warehouse space into a restaurant and deli with its own on-site meat curing facility. A new location has just opened on the Westside: Olympic Provisions Northwest at 1632 NW Thurman Street. 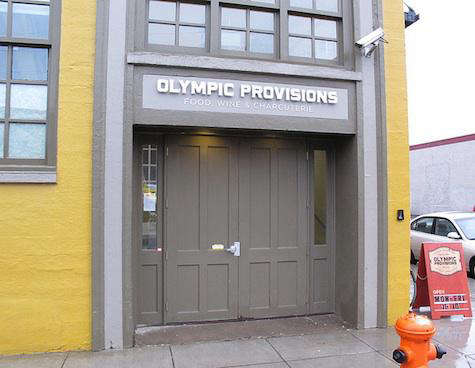 Above: The exterior of Olympic Provisions is painted a cheerful yellow. 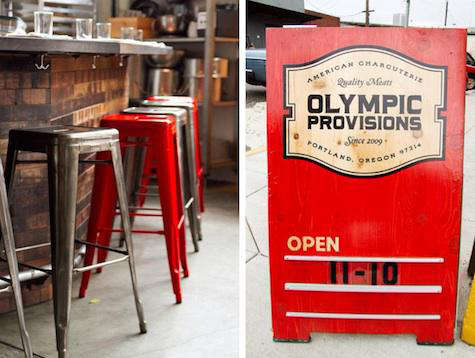 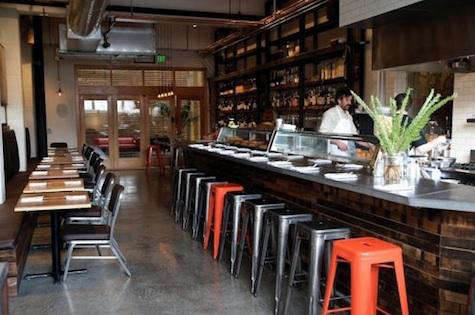 Above: The poured concrete counter was made by a friend on the Olympic Peninsula, while the wood siding was created from reclaimed Indonesian packing materials. The dining chairs were refurbished Boeing surplus finds reupholstered by Hexafoo. 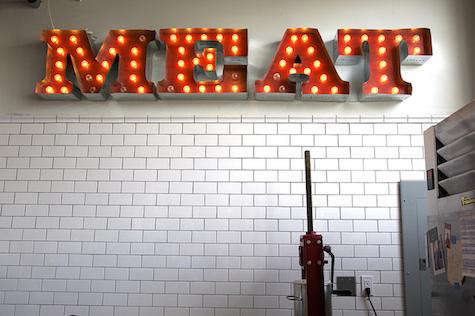 Above: The Official Mfg. Co. (most noted for their work for the Ace Hotel) did all the branding, including the creation of the Meat. 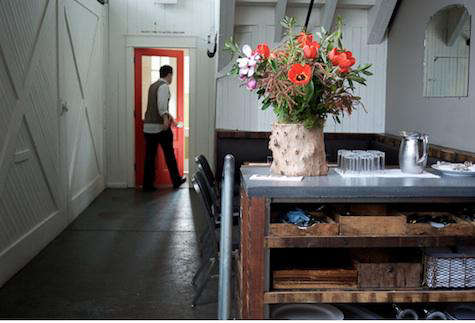 Above: Repurposed doors from a local mill were used against one wall. 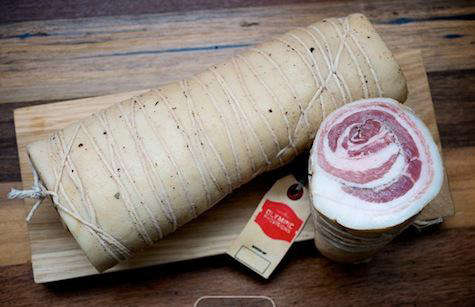 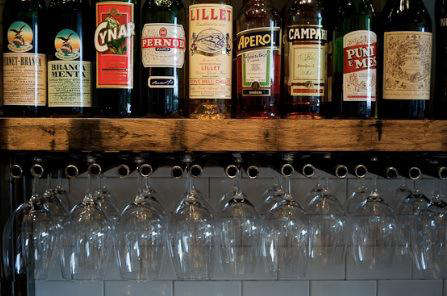 Above: Tubular steel lengths were cut and welded to create a rack for hanging glasses. 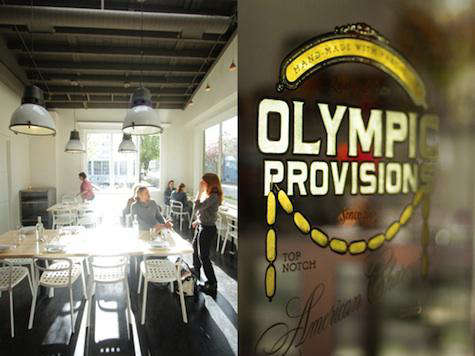 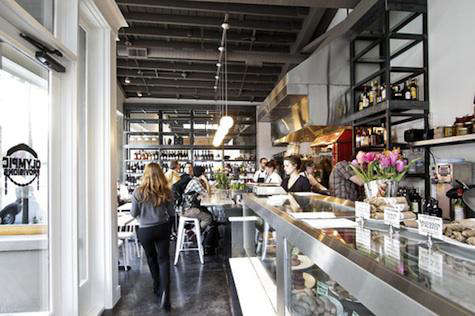 Above: The new outpost features a light, airy interior. 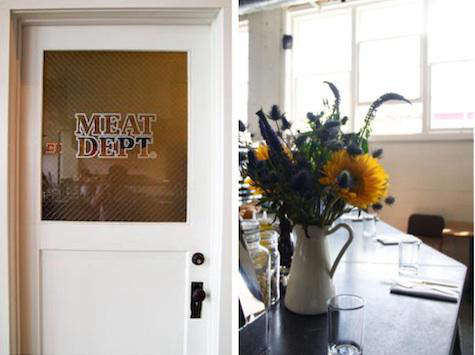 Above: Branding by The Official Mfg. Co.