In 2007, Rick Wells (a former BBC reporter) and Jorge Fernandez (a veteran of the Monmouth Coffee Company) opened their first outpost of Fernandez & Wells in London’s Soho. They quickly established a reputation as the city’s go-to spot for Spanish-style food and wine served in a simple, uncluttered space and went on to add two more branches in as many years. With the opening of their fourth branch a few weeks ago in Somerset House, we were curious to see how their spare, signature interiors style would fare in the imposing architecture of this historic building. Far from being intimidated, the architects William Tozer Architecture & Design (who were responsible for the design of the other branches as well) gently wove in familiar elements from the restaurant’s other spaces, achieving a subtle intervention of the grandest kind. For more information, go to Fernandez & Wells. 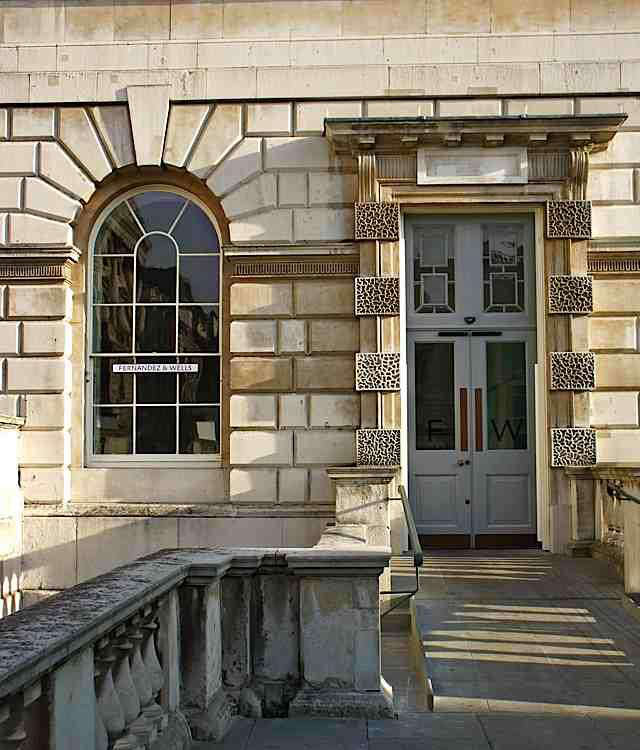 Above: Somerset House was built in 1780 and originally housed the Royal Academy of Arts, the Royal Society, and the Society of Antiquaries, along with various government offices. Fernandez & Wells has moved into the northeast corner of the quadrangle. 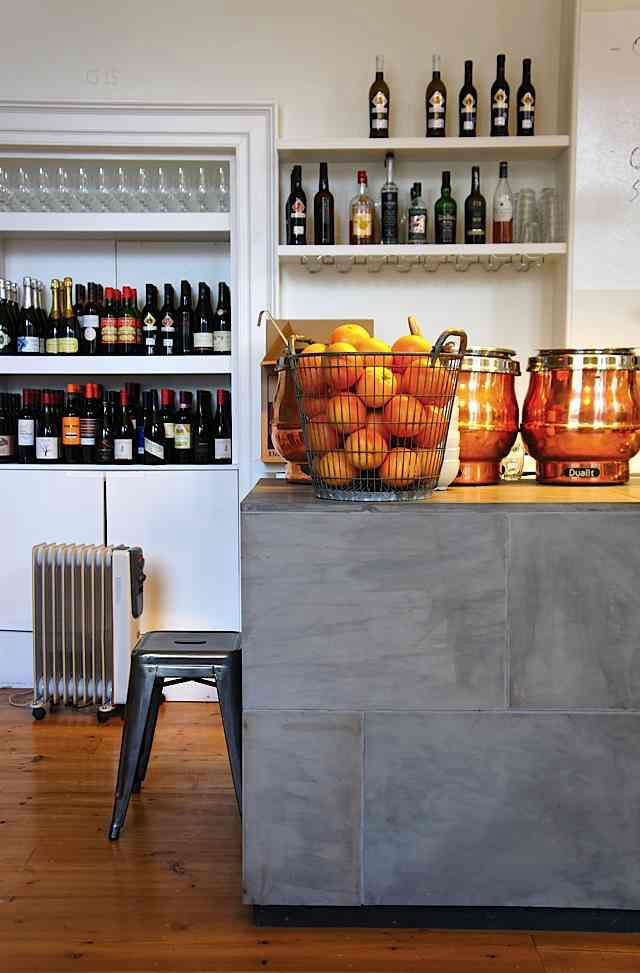 Above: Modern shelves are built into the existing architecture. The counters are all clad with Yorkstone, a sandstone that was used on the floors of the first Fernandez & Wells on Lexington Street. 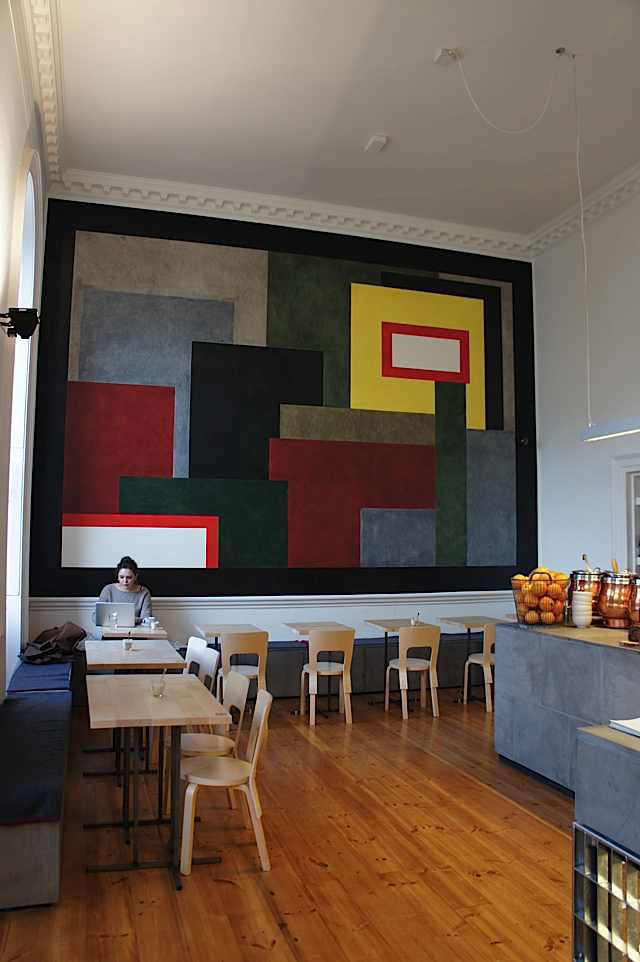 Above: The abstract mural by artist/friend David Tremlett brings drama, warmth, and friendliness to the high-ceilinged rooms. 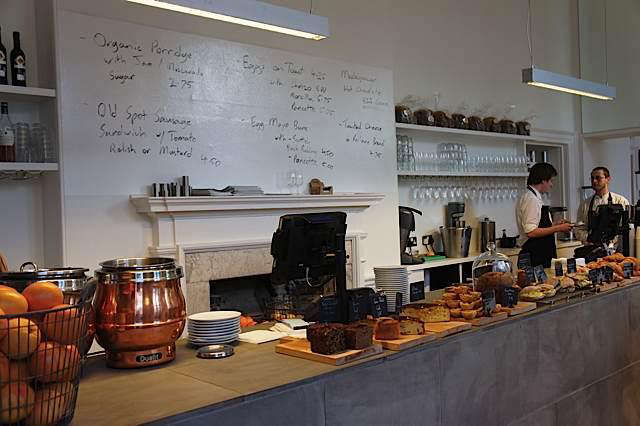 Above: A whiteboard with the daily specials is built around the existing fireplace mantel. 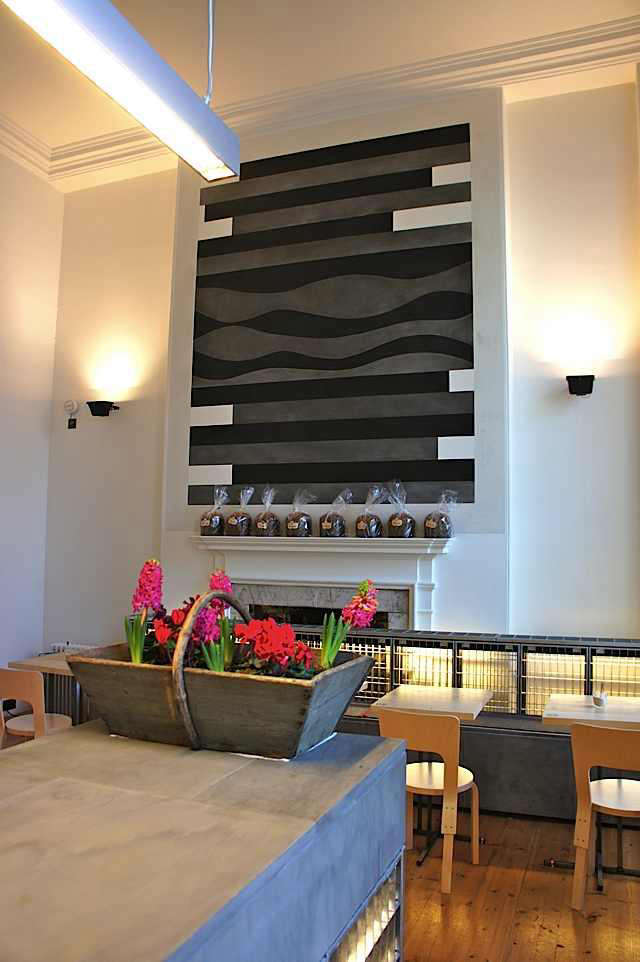 Above: Another mural by David Tremlett hangs in the second of three rooms. 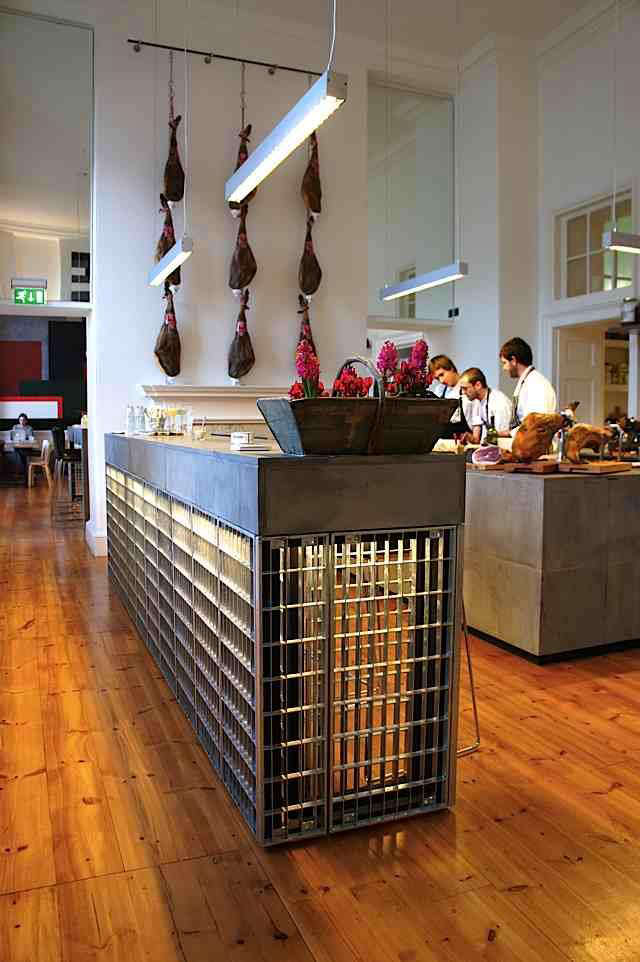 Above: In a reference to street food and informal eating, the galvanized steel grilles evoke street furniture and are inspired by the steel drains seen on the street. On a practical note, they conceal atmospheric lighting. 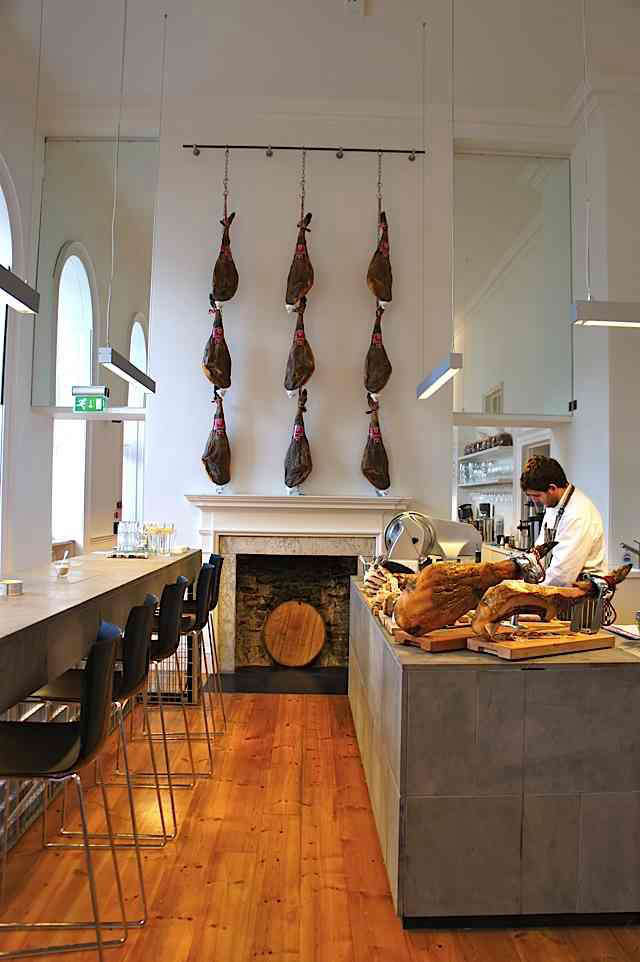 Above: The hanging hams are authentic and make good use of the tall ceilings. The mirrors on either side create the illusion that the space runs continuously through. 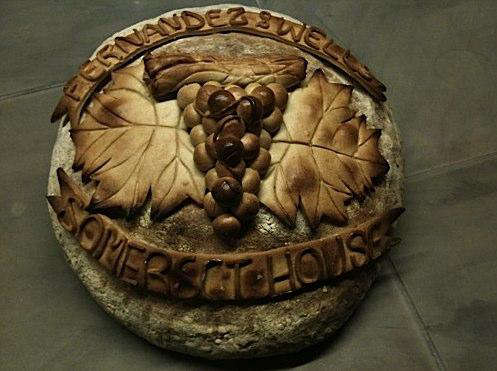 Above: An opening night present from the the famed French baker Poilane. Photograph by Rick Wells. 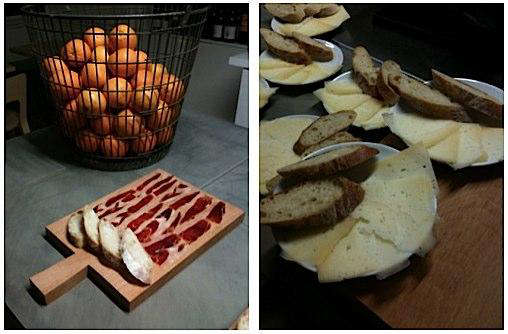 Above: Simple, fresh, and well-sourced foods grace the tables. Photographs by Rick Wells. 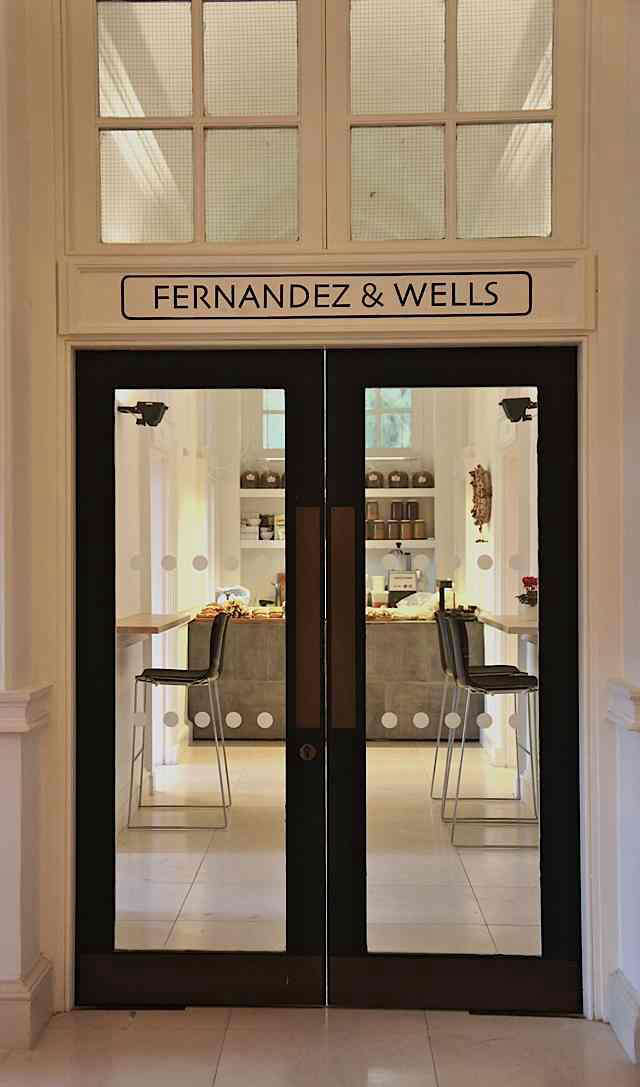 Above: An internal entry illustrates the scale of the double-height spaces.

Photography by Christine Hanway for Remodelista except where noted.