Japanese designer Kenichi Kandatsu would like to cast his country in a softer, kinder light. At Flame, his lighting company in rural Ashiya, Japan, he’s helping to make that happen by presenting his poetic lamps in settings that are moody to the max.

N.B.: Flame’s lights are sold at a number of design stores in Japan, but they’re hard to come by outside the country. We consider them inspiration for projects we hope to undertake on our own. 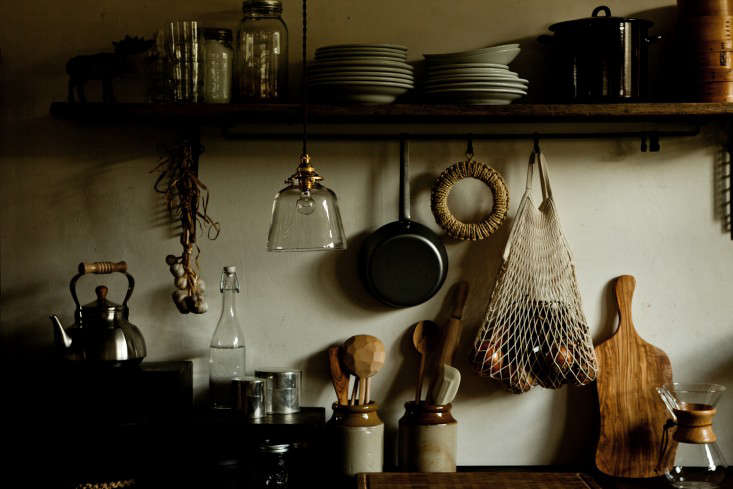 Above: Many of Flame’s lights are inspired by European classics, such as this clear glass pendant design. The company is located in a house that Kandatsu built in 2010 as a combination showroom/store, headquarters, and living space. Considering a pilgrimage? Ashiya, in Hyogo, is midway between Osaka and Kobe.

Trained as a lighting designer, Kandatsu worked for a lighting parts company before founding Flame. He initially set up shop in Osaka, and, after a year and a half search for the right rustic setting, bought land in Ashiya overlooking the Ashiya River. 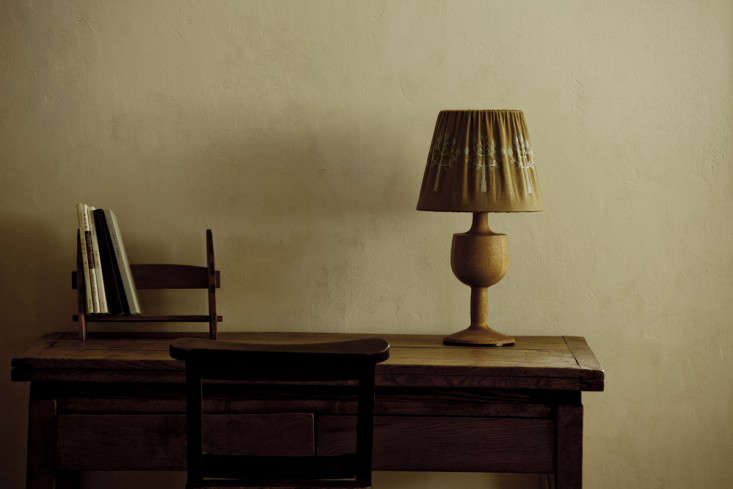 Above: Kandatsu collaborated with Tokyo fashion line Mina Perhonen on a series of Scandi-inflected Flame lamps. 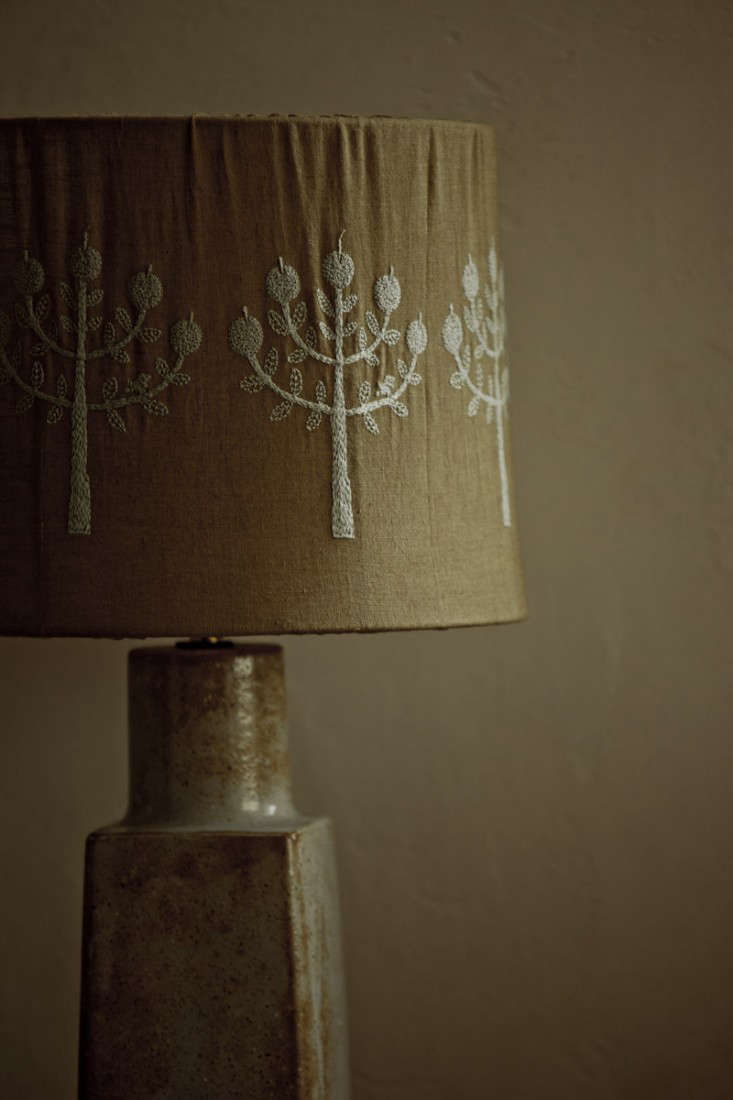 Above: Several of the Flame + Mina Perhonen designs have embroidered linen shades. 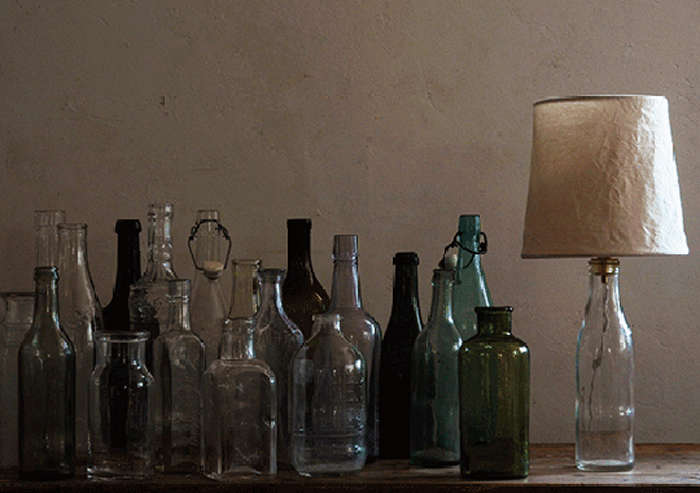 Above: For years Kandatsu has been collecting antique bottles one by one from all over; he puts them to great use as lamp bases with paper shades. 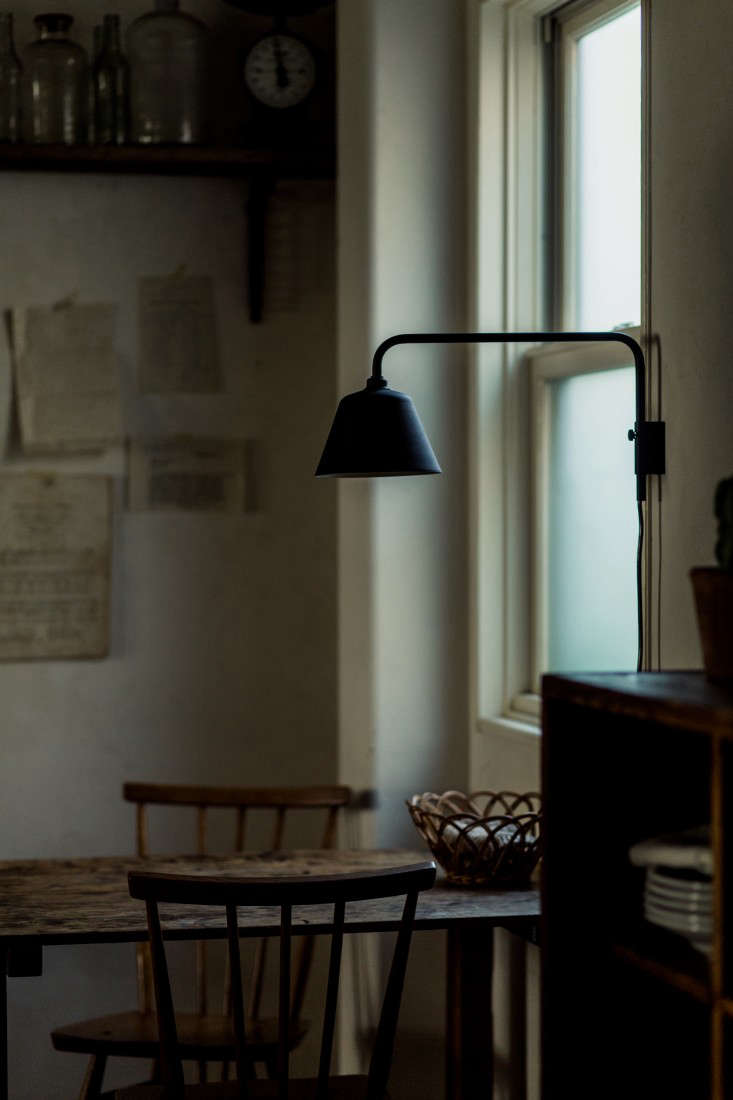 Above: Flame showcases its lighting in rooms furnished with Japanese antiques (that are also for sale). The spaces look as if they were lit by Edward Hopper. Shown here, Ladder, available with a fixed or moveable arm. Flame’s lights work with a range of bulbs. 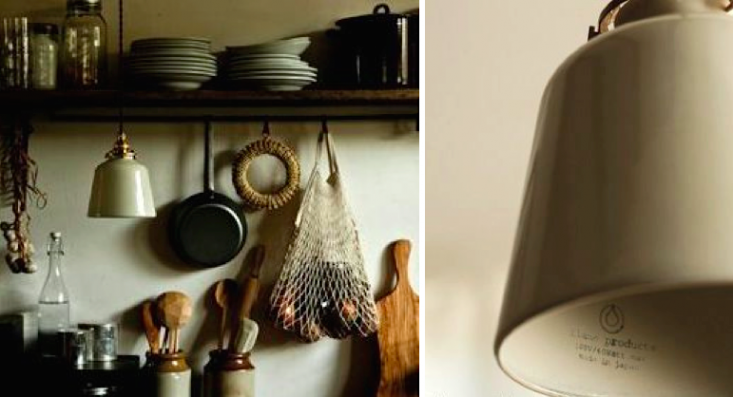 Above: Most of Flame’s lighting is made in Japan. Baba, the enamel design shown here, is also available in clear glass (see kitchen photo above). 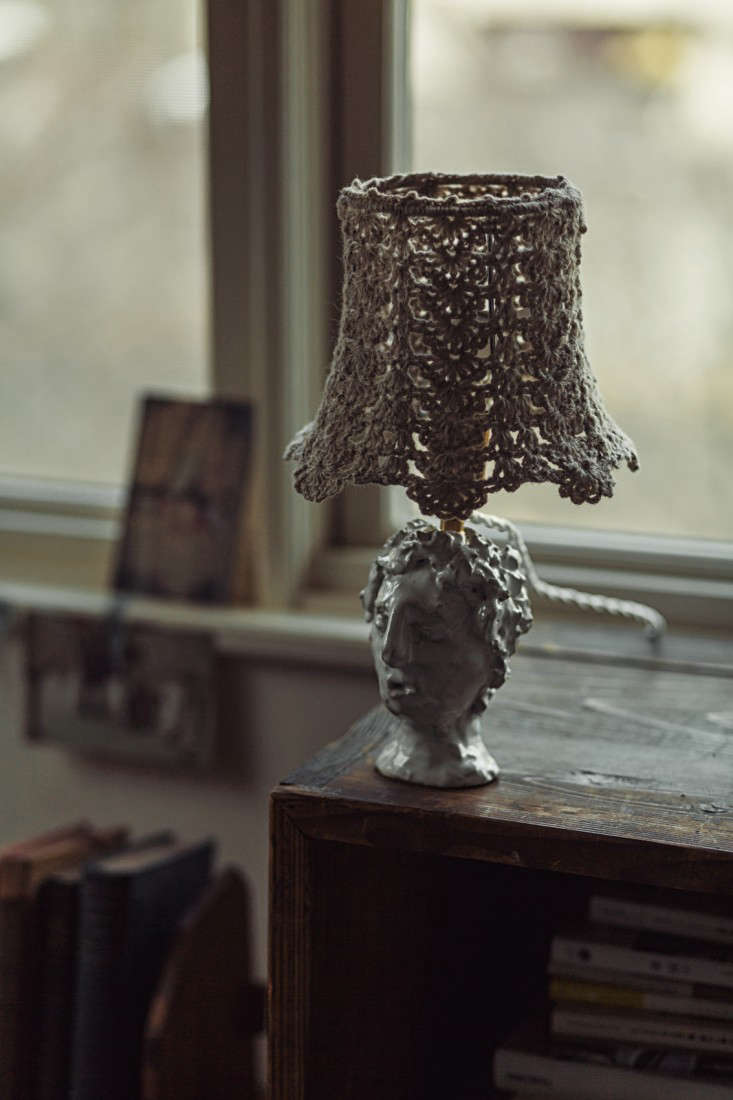 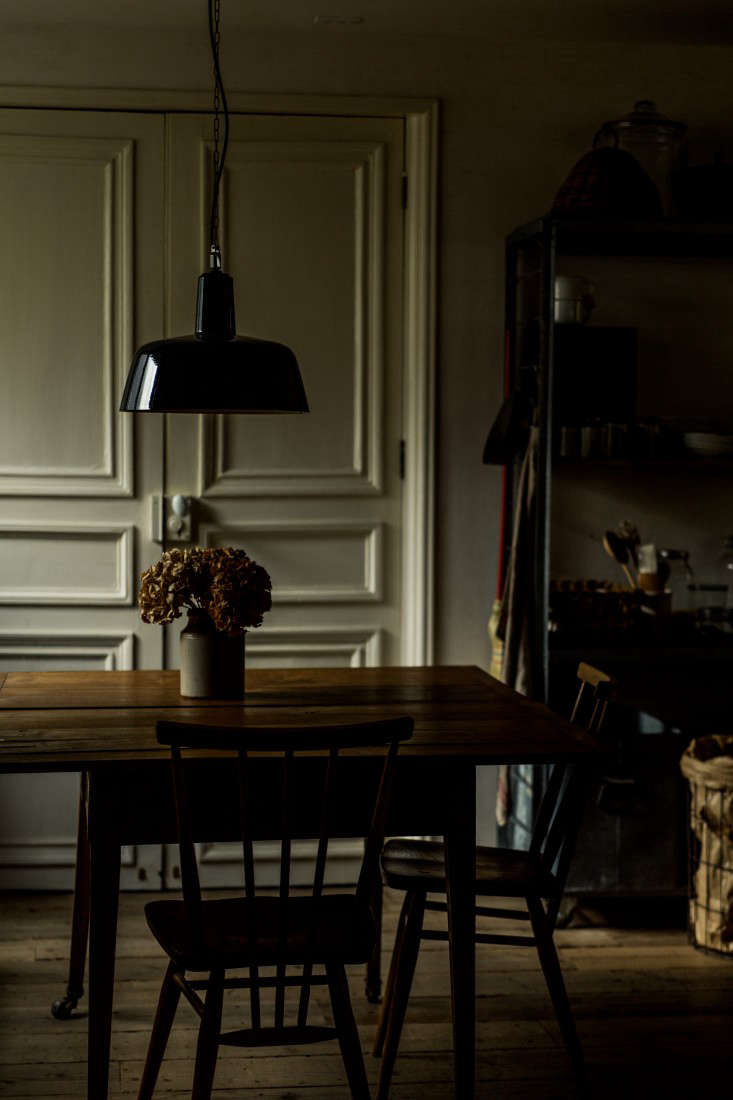 Above: Savoir, an enameled steel pendant, comes in two “dark, deep colors of dark gray” as well as pale gray. 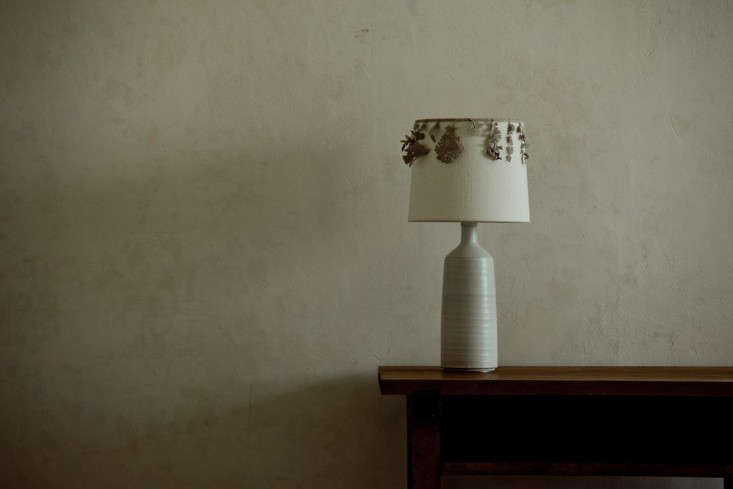 Above: A Mina- Perhonen ceramic lamp with a crochet-trimmed shade. 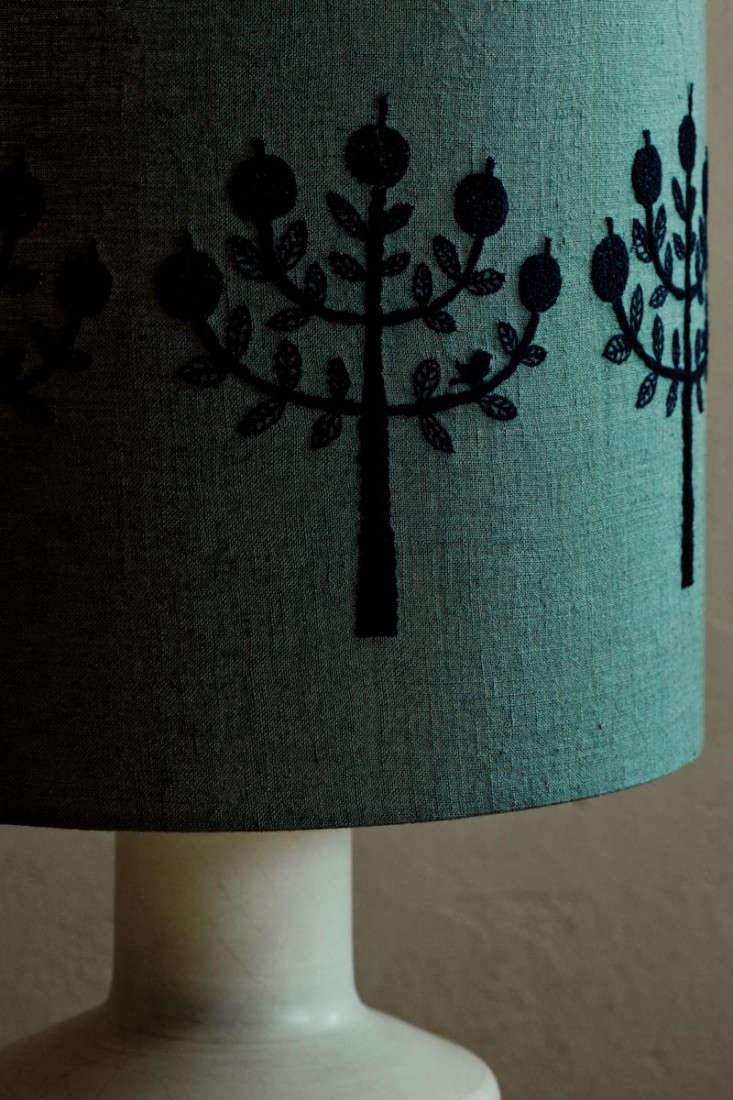 Above: An embroidered Mina Perhonen shade for Flame. 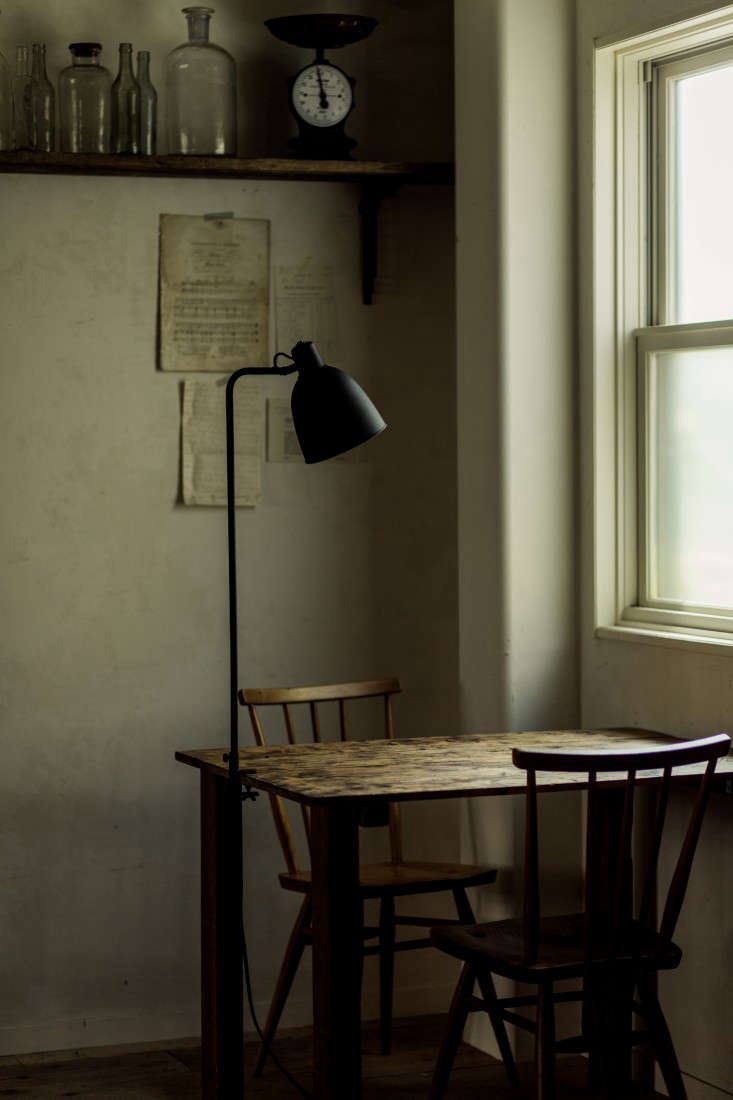 Above: Relever, a “no frills, simple” clamp light from Flame, has a matte black shade and a shiny black satin cord.

To see the full collection, go to Flame.

Start shopping by browsing our hundreds of Lighting posts.

This post is an update with new products; the original ran on October 31, 2014, as part of our Lessons from Japan issue.

10 Favorites: Japanese-Style Bathtubs Around the World

Remodelista Reconnaissance: A Minimalist Hanging Light that Looks Like a UFO