Texas-born, Los Angeles-based interior designer Katie Leede specializes in traditional interiors with a glamorous bohemian edge; what distinguishes her work is her eye for exotic textiles and her penchant for mixing homespun fabric such as hemp with luxe materials like linen velvet. Frequent trips to the Met's Egyptian rooms in New York inspired Leede's debut Ra Collection of textiles, which features block-printed Ancient Egyptian motifs and a subtle, earthy palette. Prices range from $95 to $185 per yard; the fabrics are available via the trade at Holland and Sherry in New York and Chicago and Holly Hunt in Los Angeles, or directly from Katie Leede & Company. 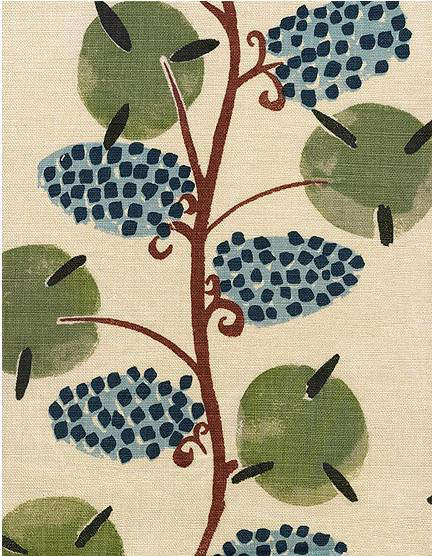 Above: 100 percent Linen Bacchus Fabric was inspired by a ceiling decoration in the Egyptian burial chamber of Sennufer. It is available in two colorways: Olivine (shown) and Aubergine. 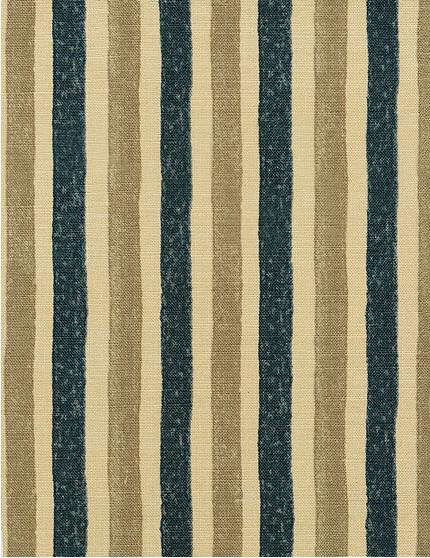 Above: Cairo Stripe Fabric available in four colorways including Delta as shown. 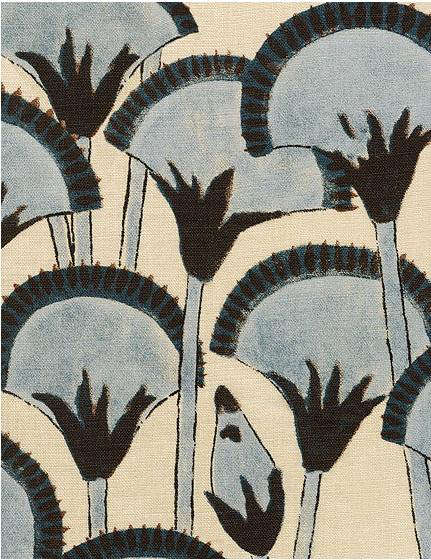 Above: Leede's Papyrus Fabric is available in five colorways (shown in Amulet) and was inspired by a papyrus from Nebamun's tomb on the West Bank at Thebes.