Forget jewelry; I’d prefer a piano hinge for Valentine’s Day. A while back, when I was in the midst of a remodel, my architect friend Jerome Buttrick suggested piano hinges for a slim closet door. “Much more elegant than clunky, conventional hinges,” he said. Here’s why you, too, should consider piano hinges:

“Hinges and hardware require careful thought,” Buttrick says (of Buttrick Projects that was formerly Buttrick Wong Architects). “Piano hinges serve a practical function—they keep doors from warping out of plane. As they are attached with a continuous row of fasteners, you can use them on thin doors easily. Aesthetically, they recede because they form a continuous edge rather than reading visually as two or three discreet elements, as is the case with conventional hinges. Conventional ‘five knuckle’ hinges can look clunky, as the barrel diameter (3/8 of an inch, typically) often looks large. Piano hinges are easy to use, unlike the concealed or pivot hinges, so builders like them. I just wish they came in more finishes.”

Buttrick’s preferred sources? “The number of people who understand the intricacies of the craft are like polar ice caps—fewer and fewer. Here are some places to try: E. R. Butler in New York, E. M. Hundley Hardware in San Francisco, Crown City Hardware in Pasadena, and Bronze Craft in New Hampshire. And, never forget McMaster-Carr—they have everything.” 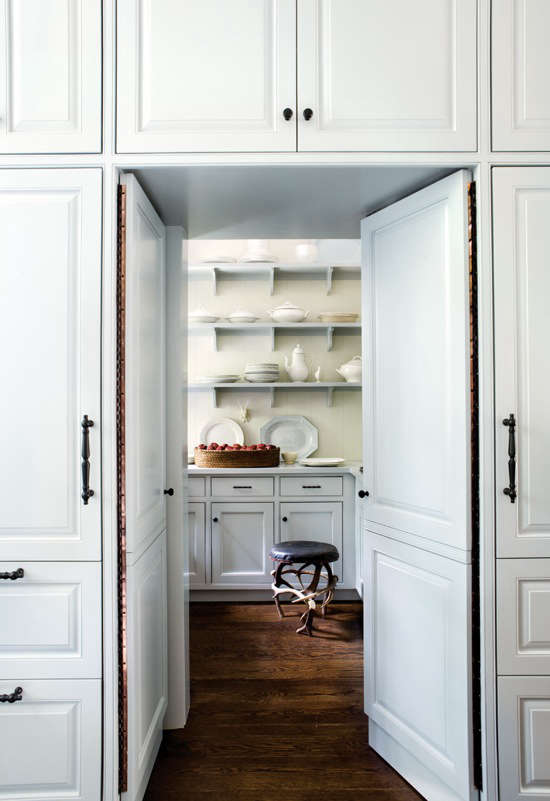 A Scandal in New England (Pink Paint Is Involved)

Bolt from the Blue: Sightings of Yves Klein’s Iconic Hue