Johan Bouman and Pieter Franssens, the Dutch owners of Château de la Resle, describe it as “one of those typical countryside estates you see when driving in France that make you want to stop and discover what’s inside.” This one–after a decadelong renovation and influx of Dutch design–is now a hotel that stands ready for inspection. 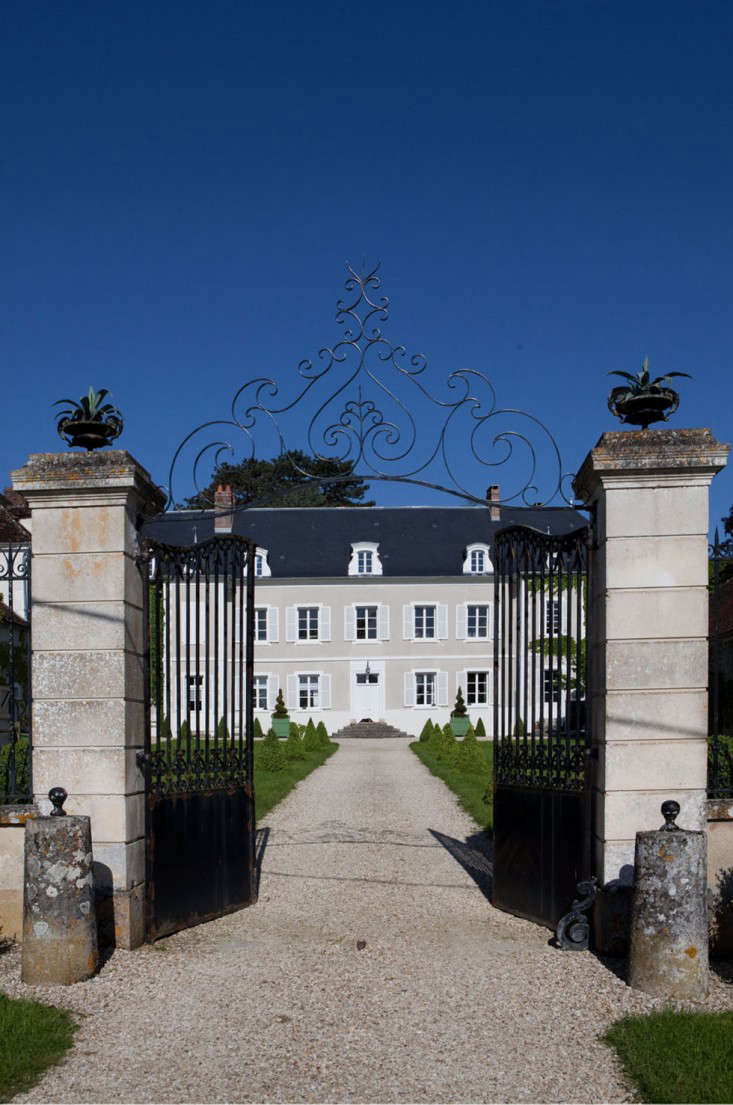 Above: Located in the Burgundy town of Montigny-la-Resle, Château de la Resle dates back to the 17th century (with more recent 19th-century parts) and has “seen a long series of aristocracy passing through,” says Bouman. He and Franssens bought the estate from a Parisian family who used it for 50 years as a vacation place. 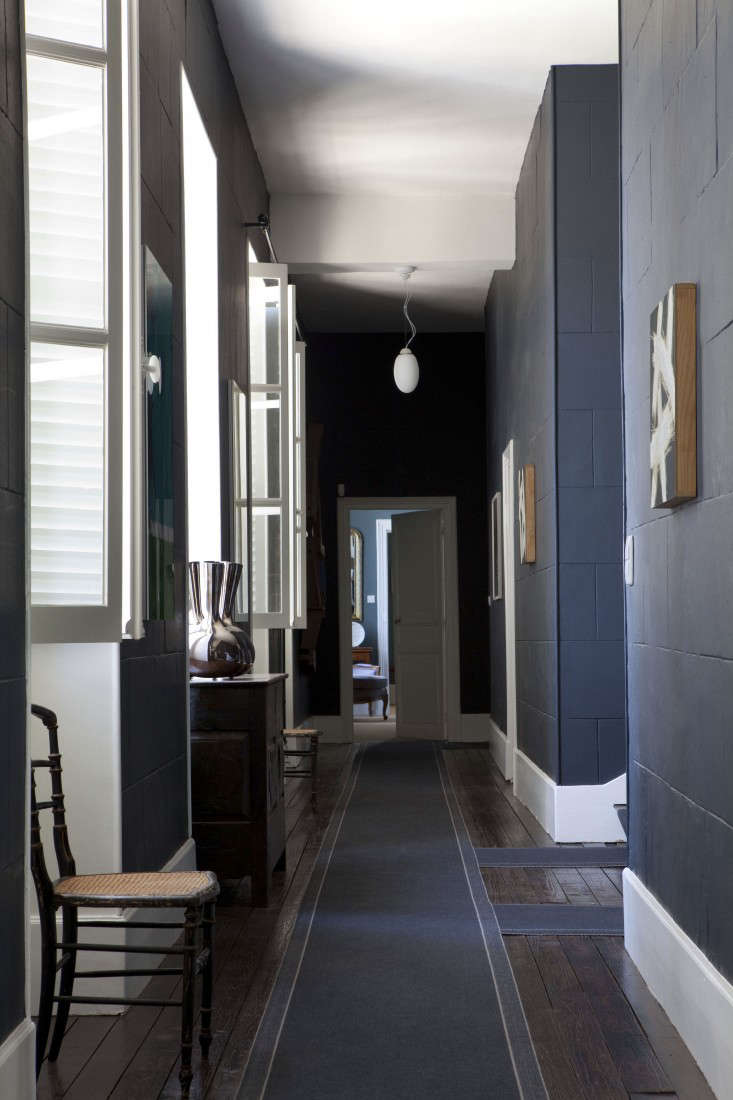 Above: “No permanent occupation since the Second World War and the last renovation dating to the sixties–you can imagine the amount of work,” says Bouman, who owns a food company in Holland and originally came to France to open a subsidiary. “Bit by bit over the last ten years, we renovated everything: roofs, heating, electricity, bathrooms, kitchens, everything. And we added a restaurant, spa, and pool.”

The first-floor hall, shown here, leads to three of the guest rooms; there are a total of six, including four suites, no two alike. 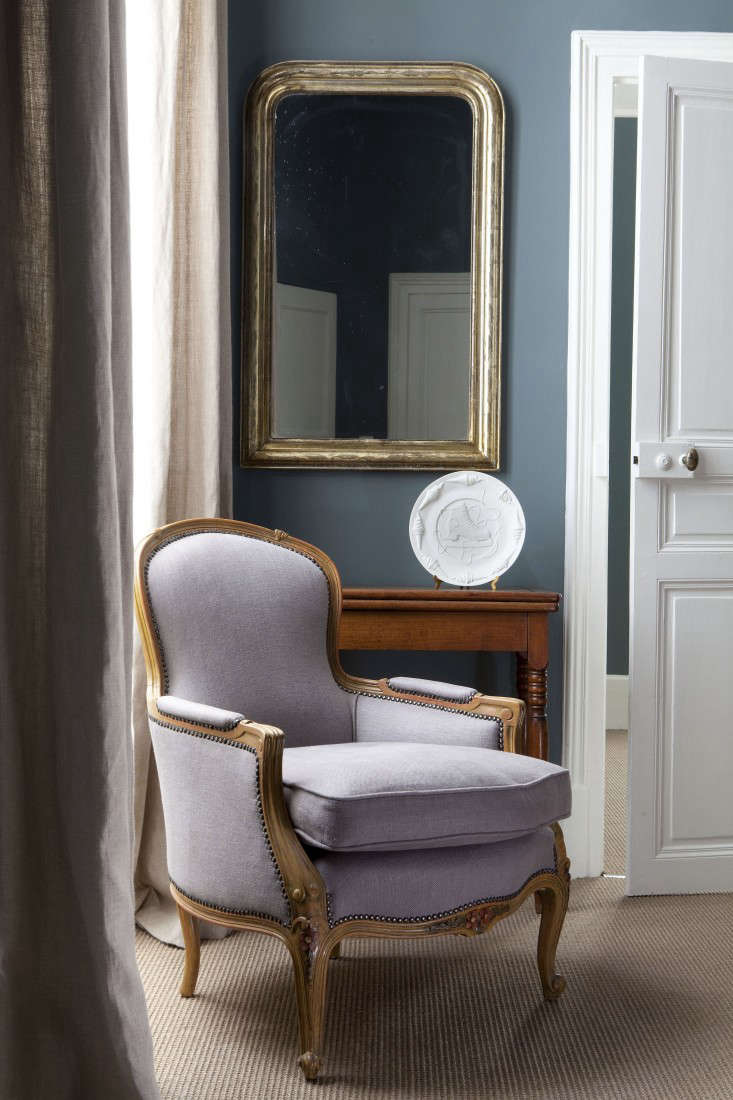 Above: Shades of gray and mauve in Chablis, one of the rooms off the main hall. “We made all the plans for the renovation and the decoration ourselves,” says Bouman. “We come from creative backgrounds and have been collecting art and design for years.” 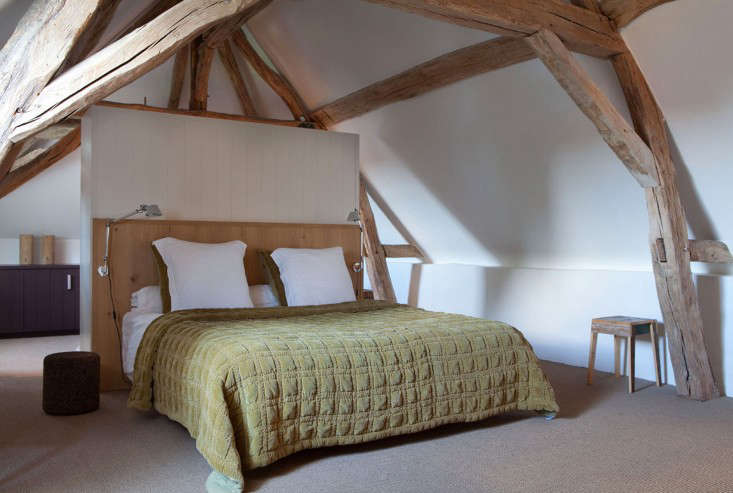 Above: Noyers, the chí¢teau’s family suite–with its own living room and kitchen–is situated in a 19th-century farm building on the grounds. The beams, Bouman reports, are original: “The roof structure was in perfect condition and we only dusted it off–surprising as the rest was in a terrible state.” 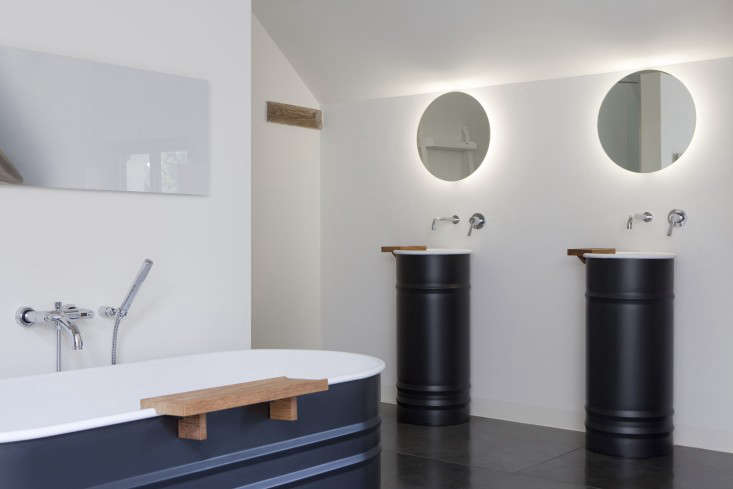 Above: The bathroom in Vezelay, the other suite in the farm building, is outfitted with Patricia Urquiola’s Vieques Tub and Sinks made by Agape. 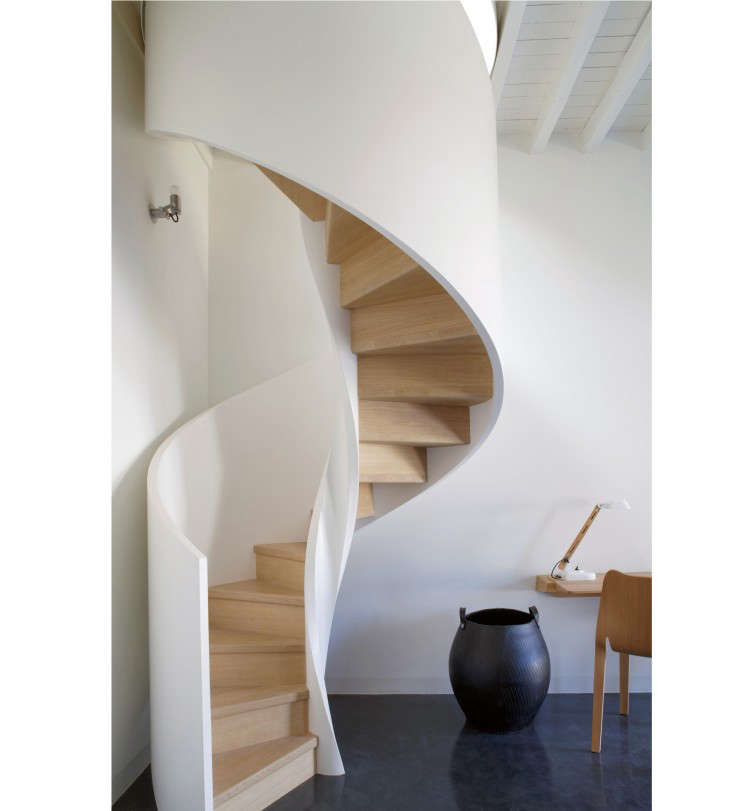 Above: Built by a craftsman in Venice, a spiral stair in the Vezelay suite connects the downstairs living area to the bedroom. 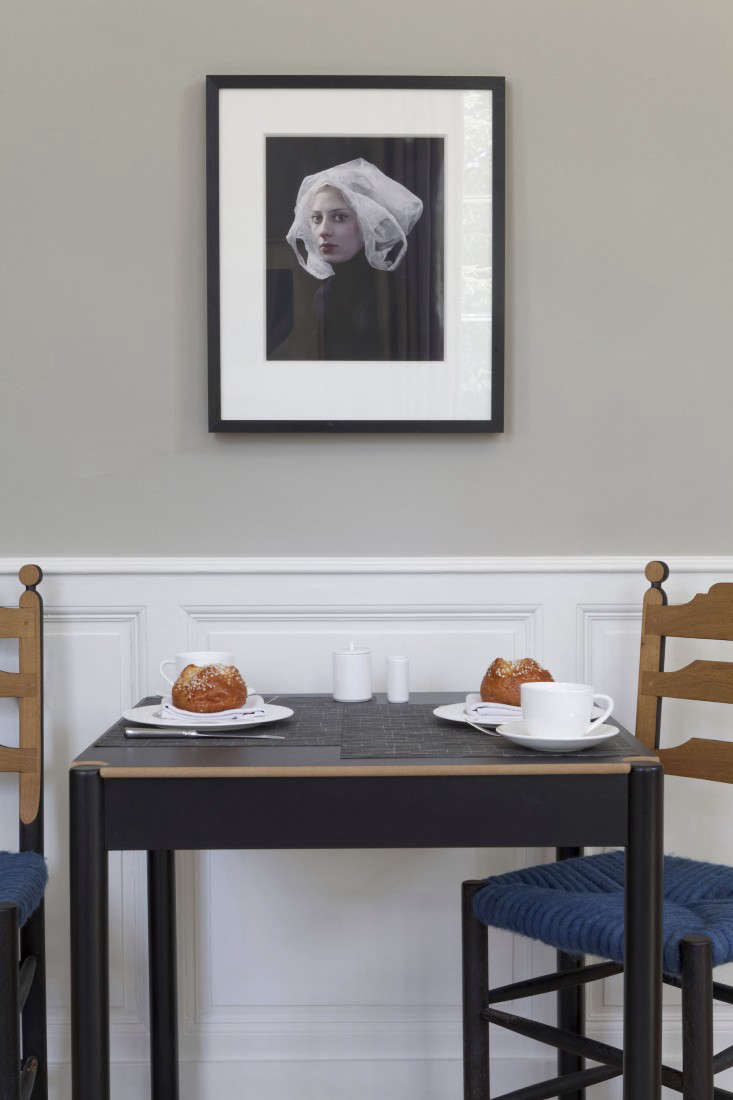 Above: Over the course of gathering and commissioning furnishings for the hotel, Bouman and Franssens found themselves with a gallery’s worth of contemporary Dutch design and decided to launch their own Château de la Resle Design Shop. Favorite pieces are put to use throughout the hotel, including chairs by Christien Meindertsma and a Hendrik Kerstens photograph at the breakfast table. 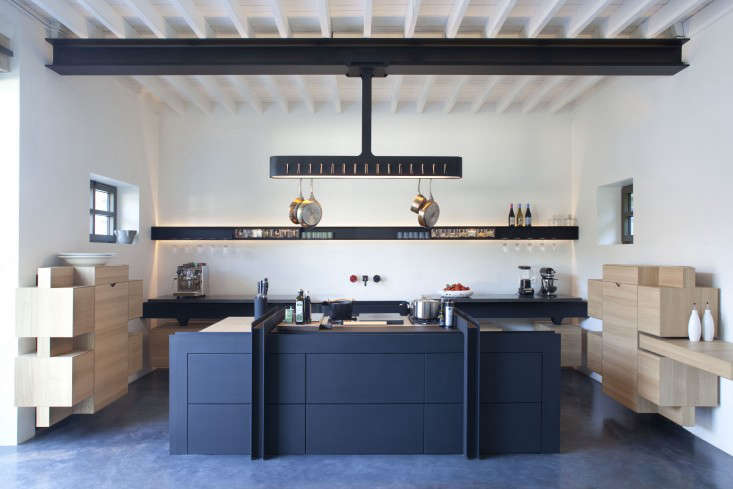 Above: Table d’hí´tes, the chí¢teau’s restaurant, features a custom kitchen in oak and “powder-coated construction beams” designed by Roderick Vos. 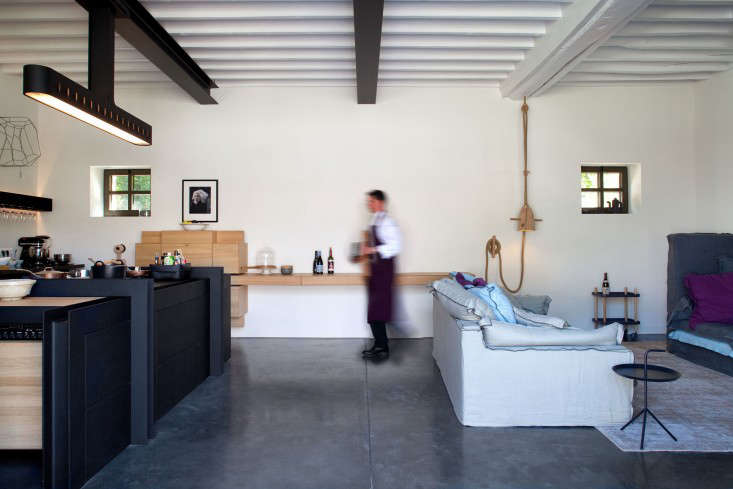 Above: The restaurant includes a chef’s table and sitting area. 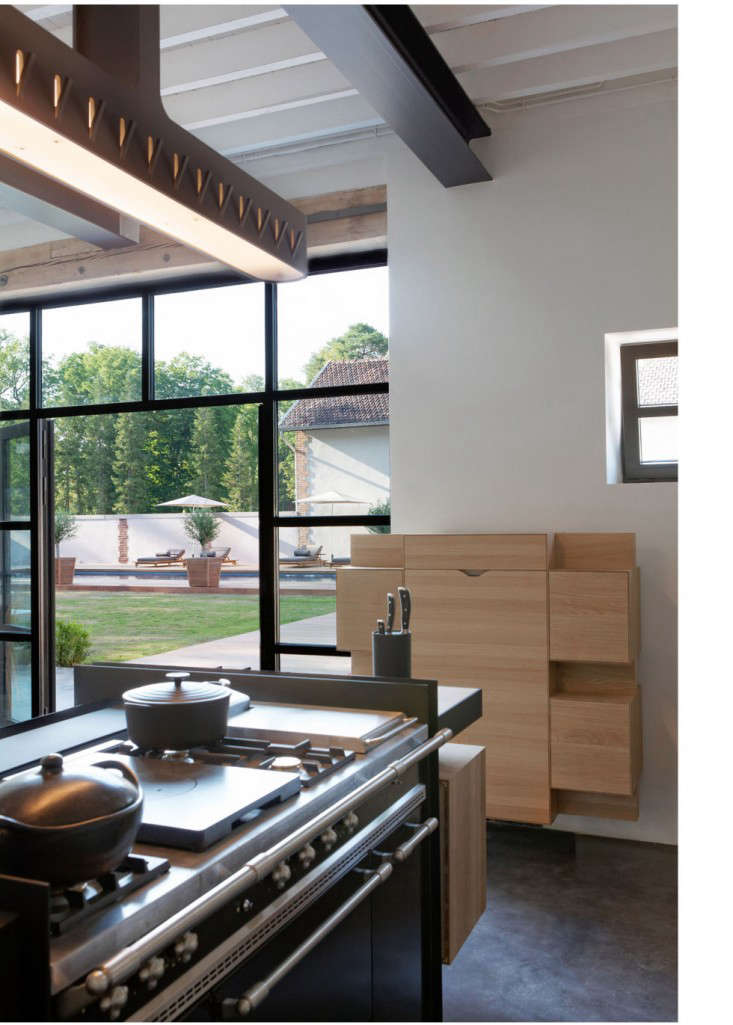 Above: The kitchen opens to the pool area. 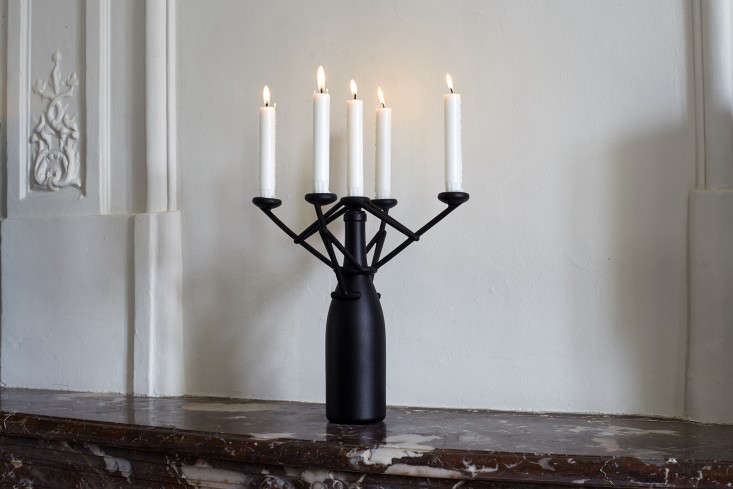 Above: Roderick Vos’s Chablis Candelabra & Bottle is one of the designs launched by Château de la Resle. Shown here in black powder-coated aluminum, it’s also available in a copper finish (see below). The Chablis Candelabra fits on any wine bottle. 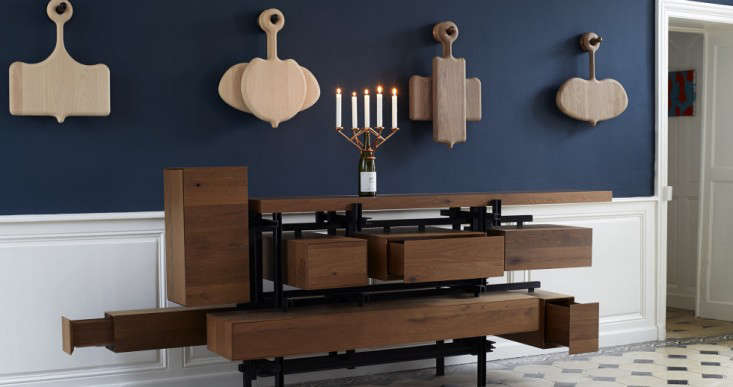 Above: On display in the lobby design shop, Roderick Vos’s Dresser Montigny is inspired by the bespoke kitchen cabinetry he created for the hotel. The chopping boards in Beechwood and Walnut are also special editions for Château de la Resle. 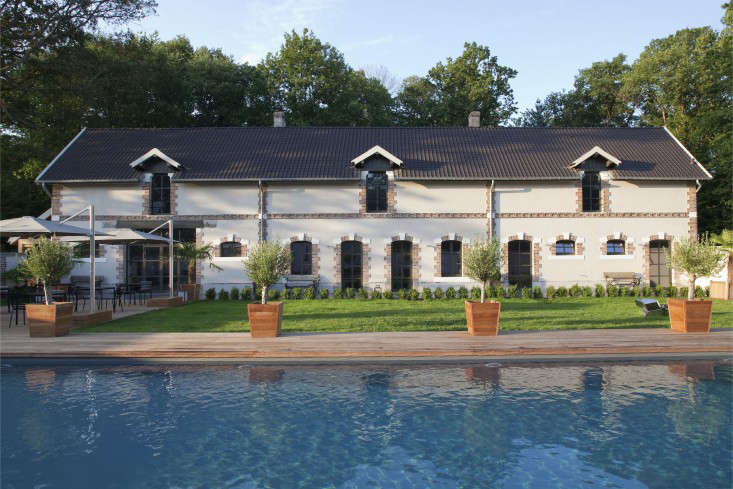 Above: The pool is surrounded by a wooden deck. There’s also a gym, sauna, and massage room. 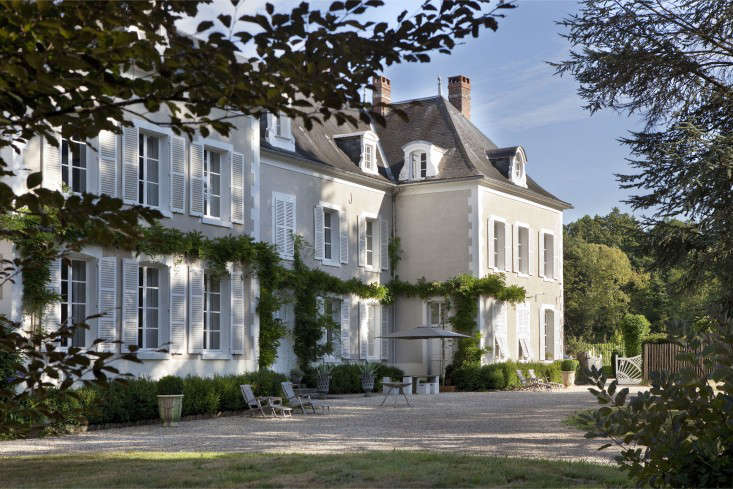 Above: For more information, go to Chí¢teau de al Resle.

Planning a trip? Take a look at our Travel Guide to France.

Saint Germain Chopping Board Table (Round)