New York City public relations consultant Danielle Arceneaux lived for several years with a soulless, postage-stamp-size kitchen that didn’t jibe with the rest of her Park Slope apartment’s 1920s detailing. She owned the place, but she had little to invest in a remodel. And so, with no experience whatsoever, she courageously took on the kitchen overhaul herself. It was something like deciding to cut your own hair: “I figured if I really messed it up, I could hire someone to do it properly,” she says. Join us for her tale of YouTube how-to videos, borrowed tools, weekend industry, and the power of cosmetic changes. As Danielle reports: “I didn’t replace any appliances or countertops, or move electrical wires or plumbing. It was just an aesthetic facelift.”

Photography by Manuel Rodriguez via One Kings Lane. 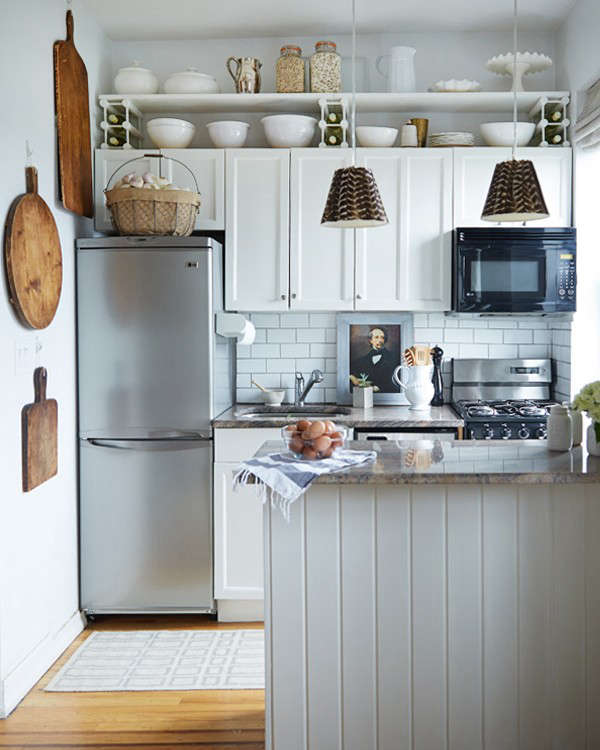 Above: Having worked on home design campaigns for One Kings Lane and Target, Danielle knew what she liked–and what she lacked: “I adore classic British design, especially the cabinetry by UK company Plain English.” And so, when she noticed some pre-made beadboard paneling being used as a photo backdrop, she found a key detail: a new cover for her bland brown kitchen island: “I realized it would give my kitchen the charm it was lacking.” Danielle cut the paneling to size (using a friend’s handheld jigsaw) and applied a Loctite adhesive and small wood nails to hold it in place.

One change led to many more: Danielle sanded, primed, and painted her wood cabinets; added new hardware; and affixed a new tiled backsplash to her existing one. What do you think? 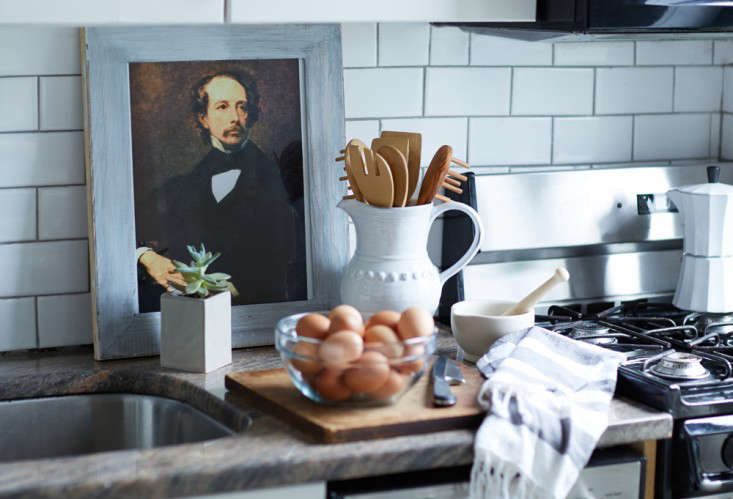 Above: To install her subway tiles, Danielle borrowed a Dremel diamond tile cutter, among other tools, from a handy friend: “I tiled over the existing stone backsplash using pre-mixed mastic and pre-mixed gray grout–and tile spacers, of course. I watched a lot of online instructional videos and just went for it.” 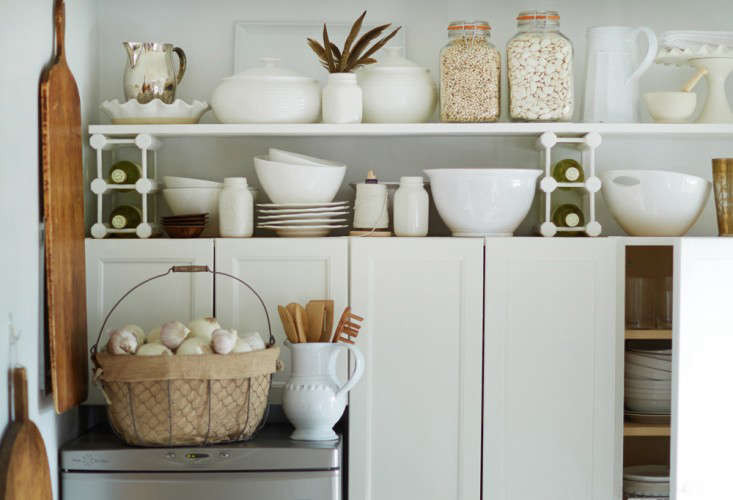 Above: With her kitchen nearly done, the one thing missing was storage: “I didn’t want the hassle and expense of replacing the upper cabinets, but I’m an avid baker and I needed more places to put things.” Impressed by the work Danielle had done, One Kings Lane special projects editor, Megan Pflug, a colleague at the time, helped her come up with a simple solution: over-the-cupboard shelves built from plywood, and wine storage racks, all painted the same Benjamin Moore Dove White as the walls. By displaying only white and neutral shades on her new shelves, Danielle keeps the open setup looking cohesive. 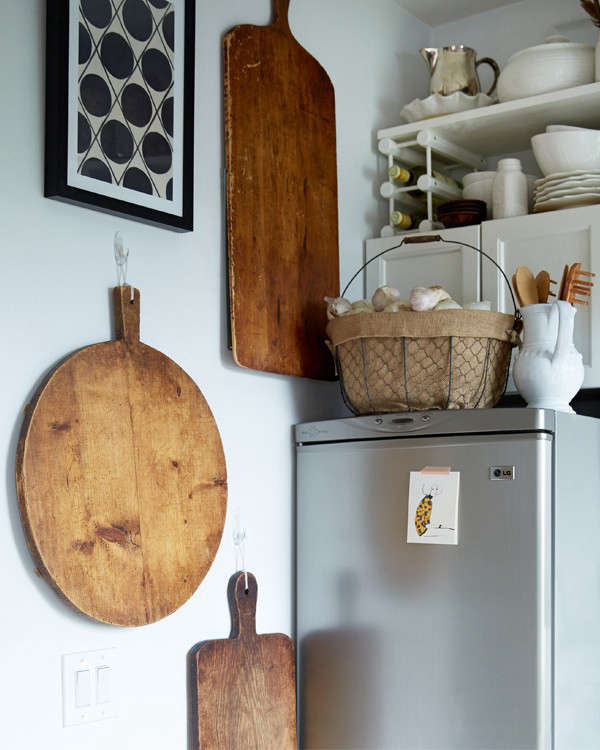 Above: Cutting boards that Danielle uses as serving trays hang as wall decoration. Final tally for the makeover materials (and the Uber rides to transport the goods and borrowed tools) came to just under $500.

3 Modular wine storage racks; $39.99 (source has been forgotten, but similar racks can be found at WineRackTowers) 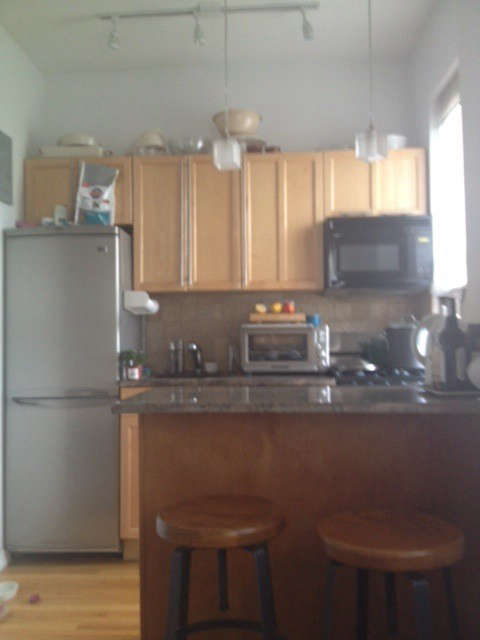 Above: A glimpse of Danielle’s kitchen pre-makeover. The appliances (all from LG), granite counters, and wood floor were left as is–”but they look so much better thanks to all the changes,” says Danielle. As a finishing touch, Pflug came up with a new look for the hanging track lights shown here: She replaced the glass pendants with paper shades that she appliquéd with turkey feathers (see top photo). Pflug posted on One Kings Lane about the kitchen’s ceiling storage and detailed her feather DIY on Design Sponge.

“It really was so simple,” Danielle says. “There were a few tears along the way, and at one point I realized I looked like a character in a Laverne & Shirley episode, but mainly it just took a lot of elbow grease.”